PlusCamerimage, the Bydgoszcz, Poland-based festival devoted to the art of cinematography, celebrated its 20th anniversary this year; the festival ran from November 25 to December 1. Camerimage was founded in Torun, Poland, and then in 2000 moved to Lodz, home of the renowned Polish film school, so the festival has a distinct emphasis on learning, education and training for students to go into the film industry.

The documentaries on the Camerimage slate included such festival hits as Bart Layton's The Imposter, Seungjun Yi's Planet of Snail and Michael Glawogger's Whore's Glory, while this year's Award for Outstanding Achievements in Documentary Filmmaking went to American Steven Okazaki, who presented selections from his body of work, including White Light/Black Rain: The Destruction of Hiroshima and Nagasaki, Unfinished Business and Black Tar Heroin: The Dark End of the Street.

This year's rigorous program left me leap-frogging among the many events programmed over the week. I asked film critic/journalist Tomasz Nowak, who has been hosting Camerimage's Documentary Competition and conducting Q&A sessions for several years, to shed some light on the selection process and overall aesthetic of his festival's nonfiction slate.

Documentary: Are there any trends in the type of film or subject matter chosen this year?

Tomasz Nowak: Each year the competition has a specific theme or topic. Last year, it was aging, assisted suicide, trauma, which made the selections a bit depressing and low-key, but emotionally engaging. This year's selections were more art-driven, where the aesthetic qualities of the image were as important as the interviews and sound. Films about music was also a theme.

D:  Which were the strongest films, for you?

TN: The Imposter really grabbed me. It was the only film I sat through without even thinking about going out for a cigarette. I can honestly say each film in the feature competition was excellent, but I personally preferred the two Polish projects. Tomasz Wolski's The Palace has a subtle sense of humor and takes a sensitive and delicate approach that I love, but sadly, this might not translate over to other cultures. The second Polish film, Jacek Blawut's Men at War, is far more multicultural, with Americans, Germans, Russians and Poles in it. Blawut shows history, conflict, war and our involvement in it alongside of social diversification (with so many different nationalities), while keeping the audience close to and friendly with all of the characters. Blawut makes you think and rethink; the film provokes all sorts of different feelings in a very understated way. Although it's a film about the Second World War, it's deliberately not  strong or forceful; there are no shocking images, no tears, no emotional ties between the viewer and the subject. A truly extraordinary work.

From Jacek Blawut's Men at War

D: Many important events in the festival overlapped, but many times I came in and watched for 20 minutes and I couldn't tell what was real and what was set up, if it was a documentary, a docu -drama, or a  feature film. Did you find that?

TN: I find everything on screen that is too blurry or wobbly is probably fake, and when they are staging something, they tend to mess around with the quality. I think people wouldn't object to staging if filmmakers wouldn't try so hard to make you believe it's real. I think that's dishonest. I think it's unfair to put docudramas next to real documentaries, but there is a particular type of documentary that focuses not on an actual event or a person, but something more abstract, like a thought, a feeling, an emotion, and that's where docu-dramas have a certain validity. She Male Snails, which won a special mention award this year, is an example of this.

I always try to understand what I am seeing on the screen and what the filmmaker is trying to say, even when the film fails to do so. Last year, Jay Rosenblatt and Joan Churchill were both on the jury, and their approaches to filmmaking of  found footage vs. cinéma vérité are radically contrasting, so I asked them what they felt about the theory of documentary as a creative reinterpretation of reality. Joan immediately replied, "Sometimes too creative," and Jay burst out laughing with, "Or not creative enough."

From Ester Martin Bergsmark's She Male Snails, which won a Special Mention in the Feature Documentary category.

D: Today, with digital cameras, anybody can make a film about anything--and many do. There is a lot of junk and clutter out there. Do you find the subject matter is getting more narrow, personal, introspective or almost self-absorbed?

TN: Some people think developments in technology will make filmmakers reinvent the documentary and their creative approach; I believe the medium is irrelevant. Young filmmakers will still be sensitive in their search for "the truth," or naturally and spontaneously impressionistic. They don't mind if it takes a year using Super 8 or two weeks using DSLR. One noticeable sub-genre of documentaries is slowly emerging at Plus Camerimage: people from all parts of the world come with documentaries about their homeland, tribe, neighborhood, life...These very personal subjects are almost "anti-travelogues," and as time goes by, the aesthetic qualities have improved. The camerawork is no longer rough, shaky, out of focus. It looks more professional and it easier to get into the story.

Now, when a talented individual makes a very personal film showing their impoverished, troubled, everyday life in a part of the world you never heard of, very often it ends up as a purely emotional insightful, miraculously beautiful film! There's no technical glitch to distract the viewer. Eloquent images are painted on screen. However, what might be new are filmmakers without any film background.

D: There was a time when one had to be clear, disciplined and organized about a certain idea one wanted to tackle and then seriously battle to get a budget together to make a documentary. It had to be an interesting, compelling story to an audience and needed to have a distinct point of view...Do those things matter anymore ?

TN: Gary Tarn's The Prophet is an example of "magic journalism" because it engages the audience in a sort of elastic synthesis between the image and the voiceover. It may not be your cup of tea, but it delivers a unique, one-of-a-kind experience. The same thing applies to Tundra Book, which leaves you in limbo, within that frozen and remote polar landscape.

This Ain't California may be the best portrayal of East Germany since Good Bye, Lenin!. It turned out to be 90 percent  fake, in terms of the archive footage, but the history is real and accurate, demonstrating the historical and cultural importance of the skateboarding phenomenon. Soundbreaker introduces you to an extraordinary artist who is an experimental musician. I learned a very fresh approach to this music that I was not aware of before, and the film had splendid camera work.

Speaking about Whore's Glory, I can't think of any feature that presents such a deep, meaningful observation of people. You start watching the film with little knowledge of the subject and you end up drowning in it and all of its diversity and dirty details with an unexpected religious context... and again, it has such powerful cinematography!

D: There weren't many political or historical themes, although the shorts category had some.

TN: For many years in Poland, everything was a political subject. Since 1989, we have been recovering from that syndrome and now it seems the rest of the world makes politics out of everything. I agree that some films tended to be so personal, bordering on shallow and maybe even  narcissistic. It also could be because political/historical documentaries pay less attention to cinematography, and Plus Camerimage is the one festival in the world that focuses on the importance  of cinematography.

D: Can you say something about the shorts category?

TN: Short subjects are more vulnerable. They require the viewer to have an open mind and be willing to adjust to the artist's/filmmaker's perspective. Two titles won me over within  the first 60 seconds: Guiding Sights, from Chile, a sensitive portrait of a young man slowly losing his sight, losing his father and  his photography and his filming. The camerawork showed great empathy and was pure, not stylized.

Equally, The Loneliness of Sound is remarkable, more of an author's statement about a late avant-garde composer tormented by narrow Communist policies. So there's an intriguing historical context described within a gentle social context, and of course the film focuses on the music. The cinematographers enriched the film by pushing the boundaries way beyond those of ordinary, factual filmmaking.

There were many great films in the shorts competition: Entangled, a shockingly scrupulous portrayal of a pedophile and his victim; No Peace Without War, a meaningful and beautiful film, despite being shot on a handheld camcorder; and Winter Light, somewhere between filming and landscape painting.

From Jacek Piotr Blwau's Loneliness of Sound, which won a Special Mention in the Short Documentary category.

D: What do you have to say about this year's honoree, Steven Okazaki? Did the award have something to do with the selected themes this year?

TN: Steven Okazaki's work is factual and clean. He tends not to get in between his subjects and the audience. Okazaki's work is interesting because it delivers a deeper meaning. The form is elegant and precisely tailored to fit the subject, but doesn't dominate. Such balance is extremely difficult to achieve.

Based in Paris and London, Madelyn Grace Most develops independent feature films, writes about cinema and covers film festivals for European film magazines. She is a member of French Film Critics, Union of Cinema Journalists and the Foreign Press Association in Paris. 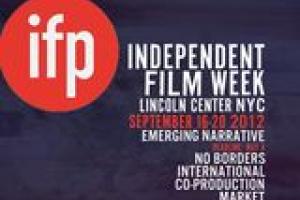 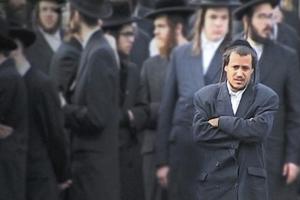 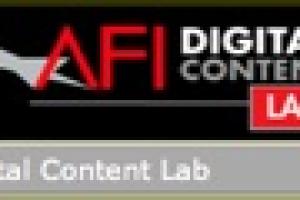 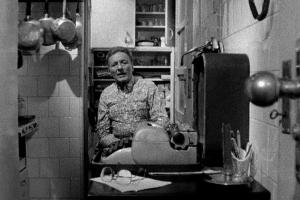