From its humble beginnings in 1992—just 10 Oscar-nominated films presented to local folk on a $20,000 budget—the Hot Springs Documentary Film Festival now attracts scores of documentaries, filmmakers, much bigger bucks and an audience from all over the world.

The 9th annual festival, which took place October 13-22, showed 90 films in two theaters and attracted 60 filmmakers as well as thousands of viewers from throughout the US and abroad to the pleasant resort town of Hot Springs, Arkansas—former President Bill Clinton’s hometown.

Legend has it that warring Indian tribes used to lay down their arms when they met at the springs. In the roaring ’20s, some of the nation’s most notorious criminals did the same when they vacationed in Hot Springs, then a wide-open town. The No. 1 gangster at that time, Al Capone, used to rent an entire floor of Hot Springs’ luxurious Arlington Hotel and Spa to accommodate his entourage.

Today, festival filmmakers are put up at the same hotel, which is the largest in Arkansas and the best in town. It’s a 10-minute walk down Central Avenue, past elegant Bathhouse Row, restaurants and shops, to the festival-owned Malco Theater with its two screens and “green room” for filmmakers only. With docs running from 9:00 a.m. til as late as 11:00 p.m., the ten days and nights are full, which makes late nights in the Arlington’s mountainside hot tub especially welcome.

Oscar-nominated docs and, more recently, IDA winners are automatically showcased at the festival. This year, nearly 800 other documentaries, one-third from outside the US (a 40 percent increase over 1999), were submitted for consideration, according to festival Executive Director Linda Blackburn. The quality and variety of submissions made the selection process both a joy and a major commitment for the 19-person, all-volunteer screening committee, especially since every film was seen by at least two or three members.

Although other documentary festivals have come onto the scene over the past few years—Docfest in New York, the DoubleTake Documentary Film Festival in North Carolina and IDA’s own DOCtober are three of the most prominent—none of them has more enthusiastic support and audience response.

For example, first-time filmmaker Beth Landau invited family and friends to Hot Springs to see Does Life Get Better After 30?, a 14-minute film that relates, humorously and touchingly, the morning, noon and night of her 30th birthday. Afterwards, as she got up to field questions from festival-goers, the packed house spontaneously serenaded her with “Happy Birthday.”

Israeli filmmaker Nitzan Gilady could not watch his own film, The Last Enemy, because of an emotional reaction to its subject matter: how Arab, Palestinian and Israeli actors overcame differences while working

on a play about the Israeli-Palestinian conflict. His documentary’s message—that coexistence is possible—had just been blown to bits by renewed fighting in Israel and the occupied territories. After the showing, Gilady was buoyed by understanding and insightful questions from the audience about the making of his film and its political context.

The festival hands out no awards, since every film selected is considered a winner. This is a key to the Hot Springs festival’s success: All the documentary filmmakers and their works are honored. The hundreds of volunteers, the private and corporate supporters and the three-and-a-half paid staff members are so gracious and enthusiastic about the films.  Compared to most festivals that tend to marginalize documentaries, Hot Springs, like its natural attraction, is uniquely warm and welcoming. Festival organizers literally roll out a red carpet for the final gala dinner.

This year, the festival budget was more than $600,000, raised from the state as well as corporate and local benefactors. The budget did not include significant in-kind support, such as the pro bono services of a Little Rock public relations agency, a lavish reception at the lakeside home of a local doctor and the dedication of more than 250 volunteers, some working year-round. Their go-for-it spirit was rewarded mid-festival when the festival received a $10,000 grant from the Academy of Motion Picture Arts and Sciences to further its work.

The documentary festival’s success has encouraged other cultural efforts in Hot Springs. The William Jefferson Clinton Cultural Campus was inaugurated October 13, the day the 2000 festival opened. The former President’s high school has been transformed into artists’ housing and exhibit space and is part of the state’s Clinton Library complex. Even more impressive is a handsome high-tech Civic and

After this year’s 10th annual outing, the festival facility will be completely rebuilt. “All we’ll keep is part of the foundation and the shell of the two theaters,” Jerry Tanenbaum, Chairman of the Hot Springs Documentary Film Institute,” says. “We’re looking at an Art Deco complex with the two theaters seating 350-400 people each and three new, smaller theaters for 60 to 150 people.”

The smaller theaters will be used, he said, not only for screenings but for teaching. The institute already has an educational outreach program that brings students to the documentaries and documentaries to the schools throughout the state, and plans are to expand it.

“The whole project will cost about $10 million, including an endowment for support and maintenance and an operating fund to expand our technical capabilities and educational opportunities and to create library, archival and display spaces,” Tanenbaum explains.  A proposal for more than $7 million has been received favorably by a major foundation, according to Tanenbaum, and he is confident that it will be approved.

In the meantime, the institute plans to raise $3 million locally. “Arkansas has

one of the highest rates of giving in the United States,” says Tanenbaum. “It’s personalities, who you know. Arkansas is a small state, and people here have local pride. We’re lucky in that we don’t have a tremendous number of things that compete against what we’re doing.”

Libby Bassett is a New York-based writer, editor and designer. 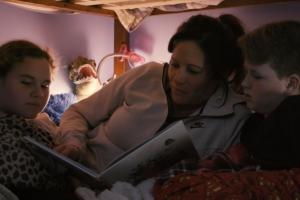 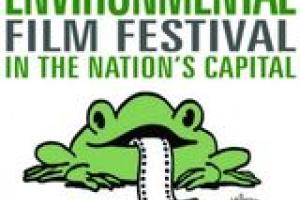 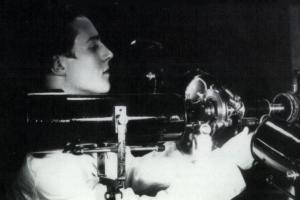 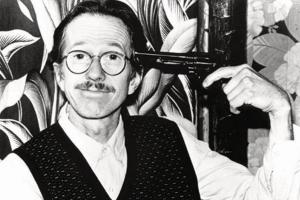 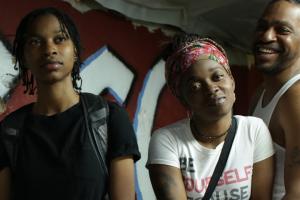 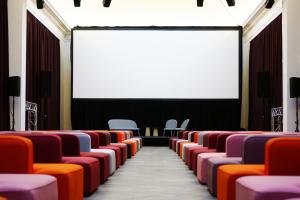