Tine Fischer and Niklas Engstrom on CPH:DOX's Past, Present and Future 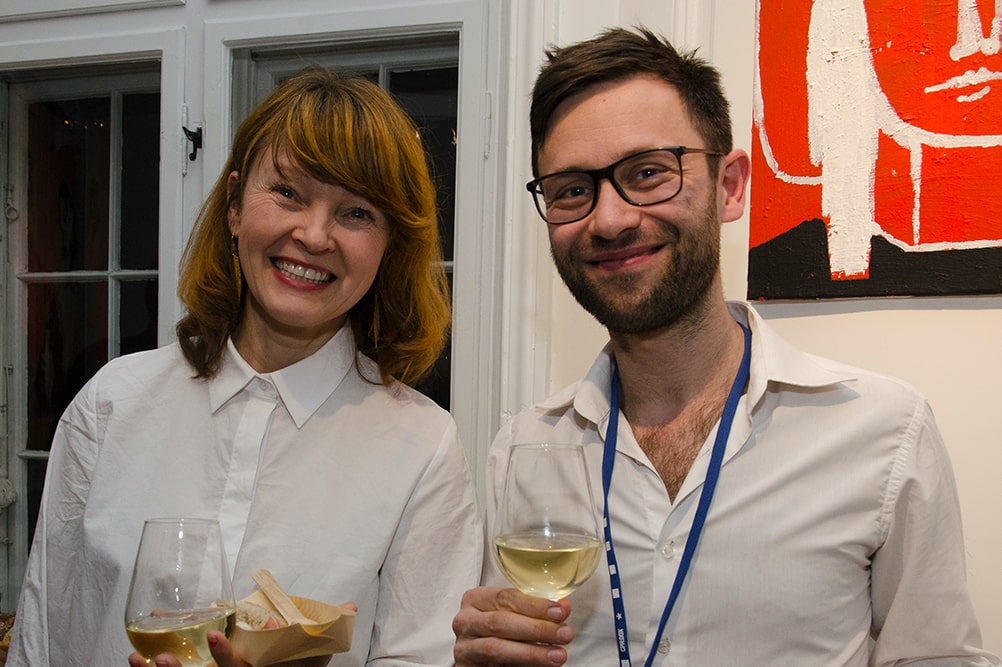 An unapologetically progressive fest since its 2003 inception, CPH:DOX has never been content to merely showcase films. From the start, it set out to push the parameters of the documentary format, to redefine the festival ecosystem itself (while always questioning and challenging its own role in the process). Perhaps reflecting founder Tine Fischer’s own interest in contemporary art (Fischer is a partner at Copenhagen’s Andersen’s Contemporary), CPH:DOX was the first fest to take heat for thoroughly embracing artistic experimentation, for coloring outside the accepted lines between fiction and “reality.” Back at a time when most festivals, particularly here in the US, were still focused on “issues” docs (jam-packed with “serious” talking heads), the Copenhagen International Documentary Film Festival was unabashedly championing what would later be trendily referred to as “hybrid” films (and long before that became cinematic geek chic). Indeed, 2009’s CPH:DOX Award went to none other than Harmony Korine’s Trash Humpers—a project that many critics contended wasn’t even a film, let alone a documentary.

And now a dozen years (and one pioneering, pandemic-driven pivot to digital) later, CPH:DOX is undergoing yet another radical transformation. Tine Fischer, about to make her mark on the next generation of Danish filmmakers as the new director of the National Film School of Denmark, is handing the reins over to longtime colleague Niklas Engstrøm, the fest’s head of programming since 2015. Which is why Documentary thought this a fine time to, in accordance with the 2021 edition’s theme of “Reset!”, look back, look forward and reassess with the daring duo.

DOCUMENTARY: The timing of the first wave of lockdowns pretty much forced CPH:DOX into inventing the virtual festival. And now in 2021 you’ve transformed into a hybrid fest. So reflecting on this past challenging year, what have been some of the biggest lessons learned, even mistakes made, that informed this most recent edition?

TINE FISCHER AND NIKLAS ENGSTRØM: First and foremost, we learned that if you have strong content, strong values and a strong vision, audiences will stay loyal. This is true even in times of crisis, even when digitizing the event challenges some of the core offerings of a physical event—the social, tactile dimension.

By extension, one of the broader lessons is how decisions in times of crisis can be made very fast—and just how much you can build in a short time if you make the right decisions and run with them. But in order to make those decisions, you need to be brave. And in order to be brave, you need to know what you stand for. So again, it all comes down to the values and vision of your organization—and not least, that the whole team is supporting those values. If so, making even the seemingly craziest decisions in no time is easy.

D: Setting aside the global pandemic, how has the festival changed since its inception? Where do you currently see CPH:DOX positioned within the wider festival ecosystem?

TINE FISCHER: The festival was founded on a strong belief in widening the space for the entire documentary film genre—on opening up towards a more inclusive understanding of genre and accepted methodology. We included the field of contemporary art and lots of other hybrid practices, the in-between space of fiction and nonfiction, between experimental and narrative practices, between live and expanded cinema. Looking at nonfiction as a cinematic and artistic practice and not only as a genre with a specific responsibility towards reality. This is the core DNA of the festival: to push the genre artistically in all our programs, and insist on a curatorial profile that allows for this.

That being said, the social and political role of the genre, and of the festival as a cultural institution, has grown and will continue to do so. During the last years, the festival has turned into a global democratic forum with a strong focus on the context of each film and the potential for the festival to strengthen the actual impact. We almost have as many talks, panels and debates as we have films in the program. It truly reflects a mission to work in a cross-sector perspective between art, science and politics. It takes resources to do this, and I strongly believe that the festival will be a leading voice in this field. It can only be done through structural partnerships. I look forward to working together on this from my new position at the film school.

D: How will the switch in leadership impact the festival itself?

NIKLAS ENGSTRØM: The vision, ideas and values of CPH:DOX will remain the same. Looking to an artistic director within the organization is of course a way of saying that the board and the whole team believe in the direction that has been set and that we have been working on, for years.

Tine will not leave the organization but has stepped onto the board. In that sense, her specific expertise and network will remain intact.

D: Tine, is there a relationship between the National Film School of Denmark and CPH:DOX—or will there now be?

TF: I strongly believe that the role of the National Film School of Denmark, and of film schools in general, stands at a crucial place in history. Film schools are educational institutions, but their role will have to be so much more than that. In Denmark, the majority of the leading voices in the industry have graduated from the film school. What they learn there and the kind of responsibility they are asked to take on is crucial. We all know that the industry is changing dramatically. It’s not just regular minor changes, but a paradigmatic shift happening due to the global streamers and a massive new concentration of power. There’s huge potential in this moment in time, but there’s also very important work to be done and seen from an independent and European perspective.

It’s about teaching cultural leadership in a much bolder way, seeing schools as proper cultural institutions, creating space for much more risk-taking behavior and investing in R&D in a way that much of the independent industry cannot allow themselves to do. We need very bright and very bold people to lead this industry, and if the film schools are to keep their position, this is where we need to start.

I see the film school opening up towards a much more inclusive, cross-sectoral and agenda-setting institutional approach. Students attend film schools to develop their own artistic approach to filmmaking, but it’s extremely important that they also understand their role as change-makers, lobbyists and role models. For the same reason, the idea of what a film school is will have to undergo fundamental change—and a part of the change is how we work in partnership with the rest of the industry. I look forward to building these global partnerships, and of course the relationship to CPH:DOX is an important part of this process.

D: Niklas, what are your primary goals for the 2022 edition?

NE: Well, for now our primary goal is to get back together—audiences, filmmakers and industry representatives alike. So we’re aiming to organize the most social, fun and festive festival ever. We won’t leave the digital dimension behind, though. On the contrary, it’s a primary goal for 2022 to find a viable way of combining the physical and digital festival into a hybrid event that is both social, democratic and engaging for a wide national and international audience.

END_OF_DOCUMENT_TOKEN_TO_BE_REPLACED

Science Is Culture at the Online CPH:CONFERENCE 2020

Sociopolitical Documentaries at CPH:DOX 2021: Is This What Democracy Looks Like?