True/False Journal: A View from a Newbie 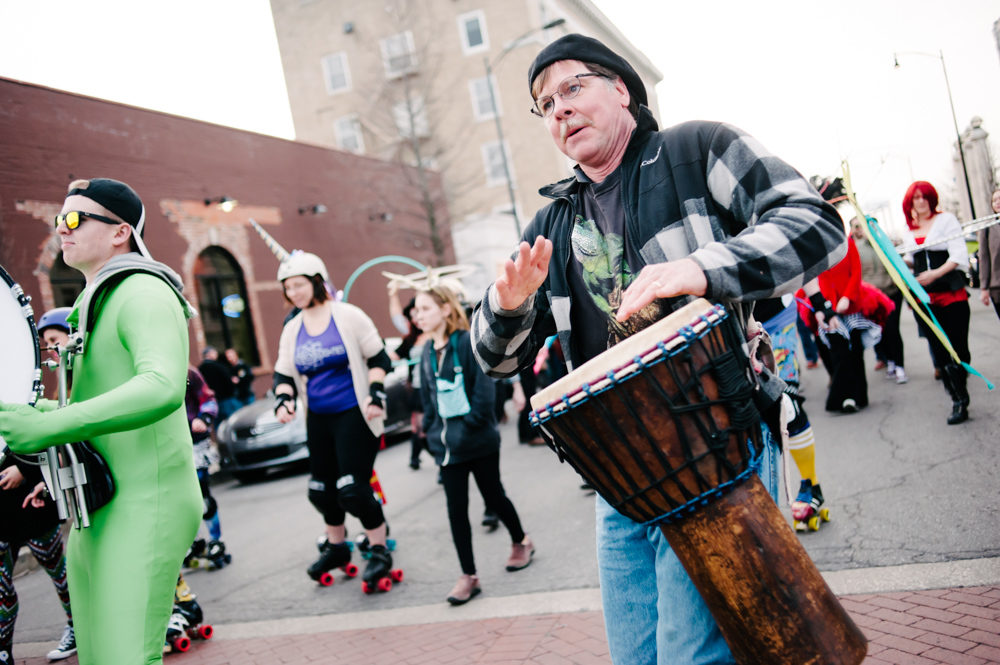 I knew I had found a place in the documentary world that I could call home when, on the Friday night of the True/False Film Fest (March 3 – 6) in Columbia, Missouri, I found myself at an event called Campfire Stories, punctuated by campfire cuisine: in front of me, a table piled high with s’mores; on the other side of the room, another table laden with local moonshine. I used to think I was weird for recognizing the divine in the culinary pairing of beer and chocolate cookies. Enter T/F, where moonshine and s’mores co-exist happily and rule the day. Besides s’mores and moonshine (and Harold’s Donuts), what can be said about the 14th edition of T/F? Here is a random sampling of experiences and impressions from a T/F newbie:

If you don't know by now, T/F is the brainchild of local boys-made-good David Wilson and Paul Sturtz, whose staff titles on the T/F website are "Co-Conspirators." The festival is described as "A heightened four-day weekend of creative placemaking in which filmmakers, artists, musicians and others remake the mid-sized college town of Columbia, Missouri (our hometown) into a one-of-a-kind utopia." In the context of creating utopias, artisanal s'mores and moonshine kinda make sense. 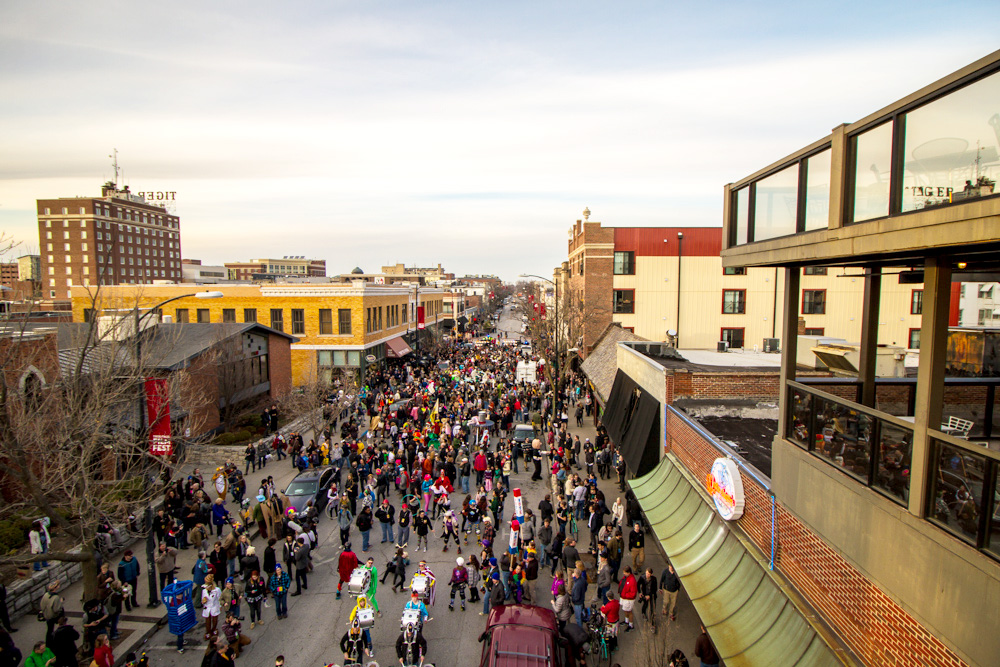 One of the challenges of all festivals is the unchanging nature of film screenings. The Q&As might differ somewhat from festival to festival, but that's pretty much it. What makes T/F unique is that the festival builds a sense of community through active engagement with the audience. From old standbys such as the March March Parade (a rambling walk down the main drag that is more a gathering than an actual march) to the game show style Gimme Truth! to new offerings this year such as Clicking and Streaming to Lost Letters ("Missouri's first interactive, immersive theater"), audience involvement is baked into the programming from top to bottom. No other festival even comes close.

Hats off to T/F for perhaps the best, smoothest advance ticket system in the biz. You got your pass, you got your lineup, you got your time when the site opens, and before you know it, you got your dance card punched with a dazzling array of film goodies. You arrive at the fest knowing you've got a bunch of tickets ready and waiting for you. And the passes are quite affordable. 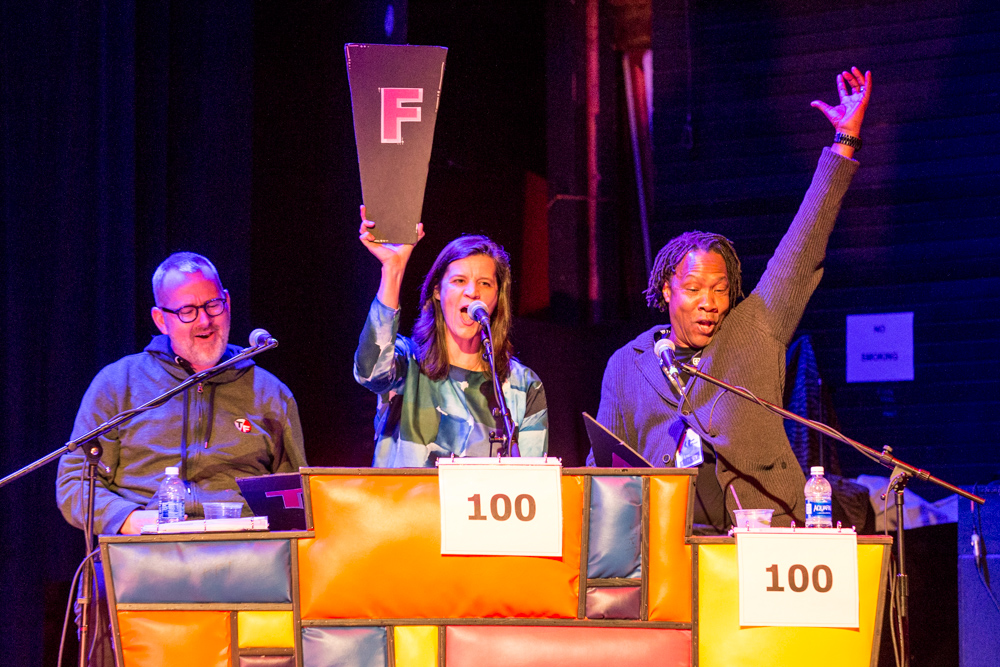 This time-honored programming tradition, hosted by the frighteningly off-kilter emcee Johnny St. John, pits local filmmakers against a murderer's row of top doc makers in a very entertaining format that asks the participants and the audience to choose which short documentaries thrown up on the big screen are "real" documentaries made by local filmmakers and which are fakes. Key takeaway: Whether you like your wit dry (Roger Ross Williams) or wet (Kirsten Johnson), doc filmmakers can be pretty damn funny when the moment (and the alcohol) calls for it.

I'm not sure if all of these things were new this year, but, by golly, the geniuses at T/F sure had more new ideas per square inch than any festival I've ever been to. Described as a "mini ideas fest within T/F," the Provocations were held before many of the film screenings. Personal favorite: a live documentary performance by filmmaker Sam Green. The Field Sessions were intended to "go deeper into the ideas that are shaping nonfiction filmmaking in 2016" by pairing various dynamic duos, some filmmakers and some not, in conversation on various topics. Personal favorite: the Soundscapes session featuring Illinois, Parables filmmaker Deborah Stratman and All These Sleepless Nights director Michael Marczak. Marczak's ridiculously elaborate sound design for his movie may have set the bar for 2016. Please note: not all of the new ideas hit their marks. For example, the Clicking and Streaming session might better be described as Crashing and Burning. 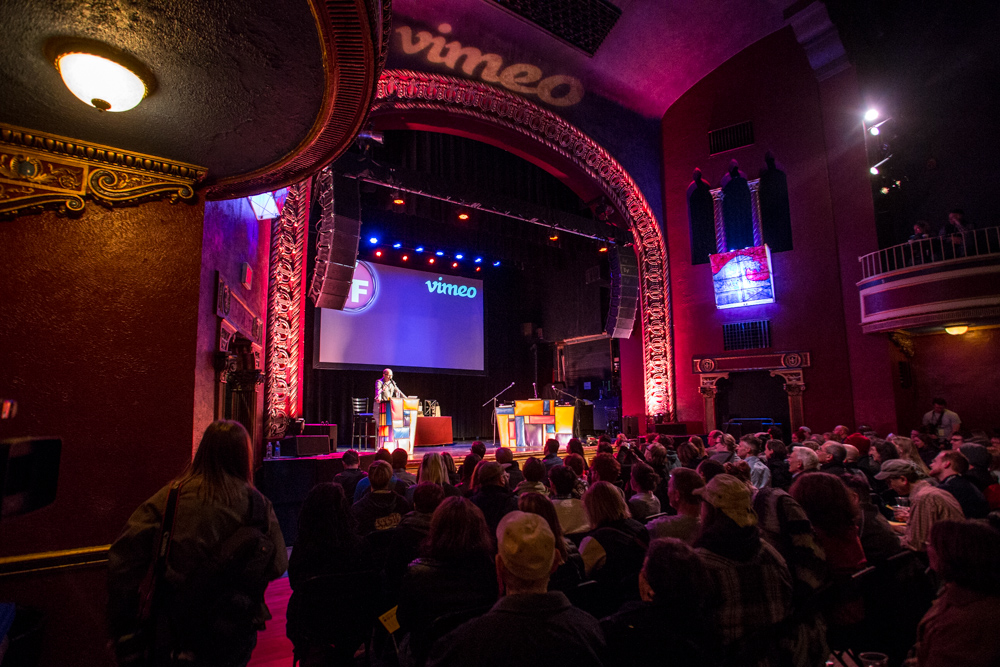 Evidently, this was the first year that a sponsor's name landed with a "kerplunk!" on top of the sign of The Blue Note, a local club/festival venue. Walking toward the venue one day, some T/F veterans, upon seeing this now "defaced" sign and recalling the good ol' days of, well, a year ago, bemoaned the growing commercialism of T/F. (Mind you, bemoaning not in a serious way; more like in an "I'm a tad cranky and could use another cup o' Joe and donut from Harold's" kinda way.) Nonetheless, even this change comes with a local connection: Peter Gerard of Vimeo is from Columbia and he went to school here. His company's sponsorship of the fest is another example of locals supporting locals. So, even in embracing change, T/F still seems to stay the same by always staying true to its local roots. 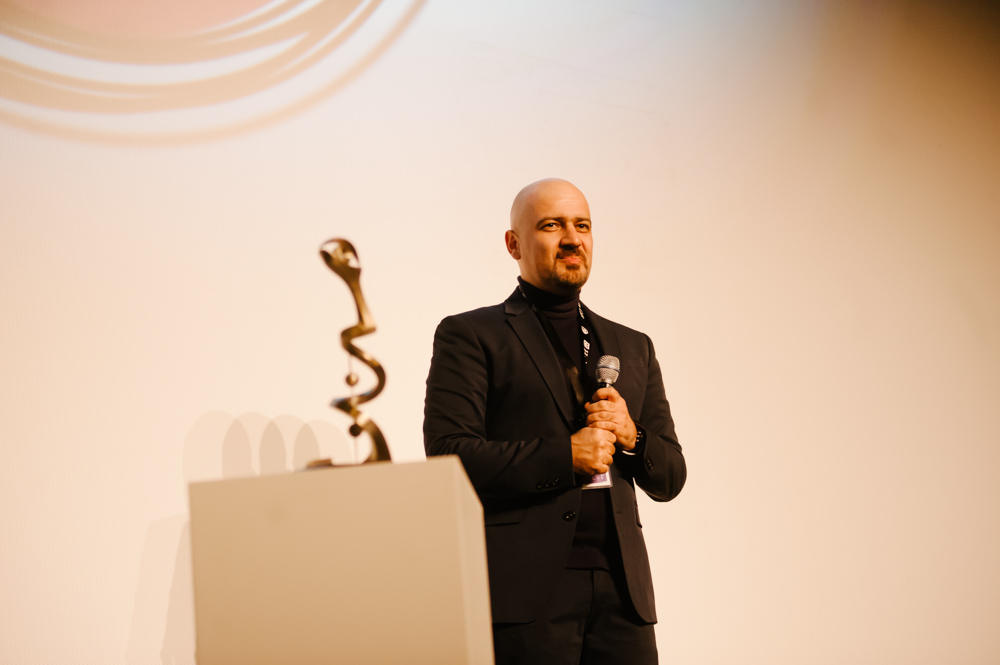 A personal favorite was the indelibly poignant Starless Dreams by the Iranian director Mehrdad Oskouei, recipient of this year's True Vision Award. This poetically crafted gem offers an intimate portrait of a community of girls sentenced to serve time at a detention center in Tehran. The girls' stories are heartrending, but because of their support of each other, their spirits soar high and life becomes, in a moment, peaceful and transcendent. A film that might have been overlooked at other festivals was given its proper due and the audience responded in kind. Filling the giant and glorious Missouri Theatre to capacity, the crowd, moved to tears, rose to its feet and roared its approval and appreciation. And in that moment, each of us at T/F became a "co-conspirator," creating that sense of utopia that only film can inspire. Bravo T/Fers. Take a bow.

END_OF_DOCUMENT_TOKEN_TO_BE_REPLACED

A Tale of Two Festivals: Visions Du Réel & Sunny Side of the Doc