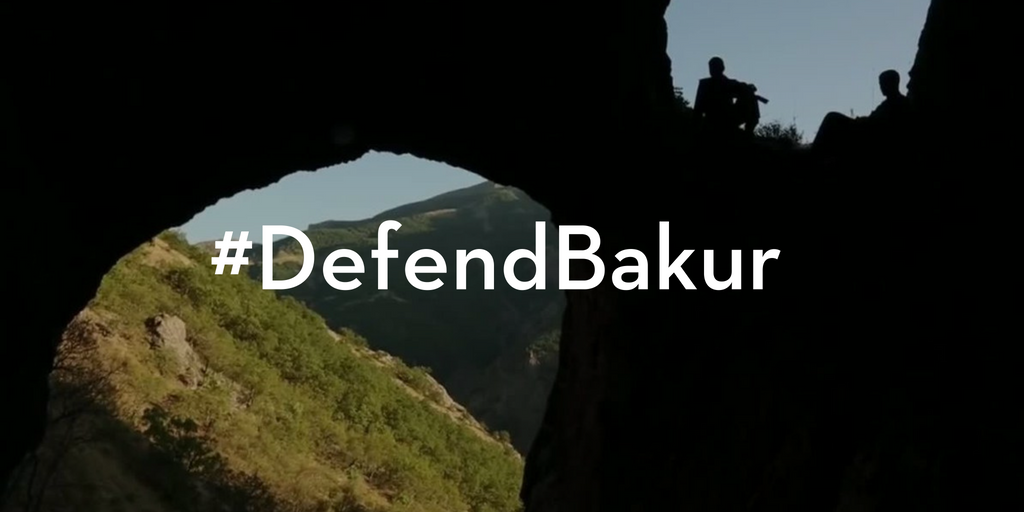 Bakur, which translates to “North” in English, is a documentary made with inside access to the Kurdish separatist group, PKK, who are considered a terrorist organisation by Turkey, the US and NATO. This was the first time any film crew had ever accessed these camps. Filmed during the peace process in 2013–2014, Bakur intimately explores the daily reality of guerrilla fighters residing in the mountains of northern Kurdistan. It is a fresh perspective with real personal stories of men and women who have chosen to join the armed resistance in order to create a new future.

The two Turkish documentary filmmakers, Çayan Demirel, an award-winning director, and Ertuğrul Mavioğlu, a veteran journalist, are currently on trial for Bakur (North). Both filmmakers have received strong backlash from the Turkish government despite the fact that the film was never screened in Turkey. Both are accused of producing “propaganda for an illegal group” and could face up to five years in prison, making this the first case in Turkey’s recent history in which a lawsuit has been filed against filmmakers. Their next hearing is July 18.

This persecution is not an isolated incident. Since the failed coup attempt in 2016, artists, academics, journalists and writers are being attacked and jailed for exercising their right to free expression in Turkey.

The IDA asks for your support and solidarity for Çayan Demirel and Ertuğrul Mavioğlu! This is the first film being brought to trial in Turkey. We are calling on Turkey to uphold its domestic and international commitments to protect freedom of expression and ensure that artists are free to create without fear.

Film directors Çayan Demirel and Ertuğrul Mavioğlu face possible prison time for their documentary #Bakur. We call upon #Turkey to drop charges against them immediately and to stop criminalizing art and free expression! Support them by creating your own posts including hashtags #DefendBakur, #SinemaYargılanamaz and #KeepFilmsOutOfCourt. bit.ly/BakurOpenLetter

You can read more about Çayan Demirel and Ertuğrul Mavioğlu here and read the open letter that more than 50 art and human rights organizations signed in support last year here.

Can I Get a Witness? Images That Effect a Positive Change