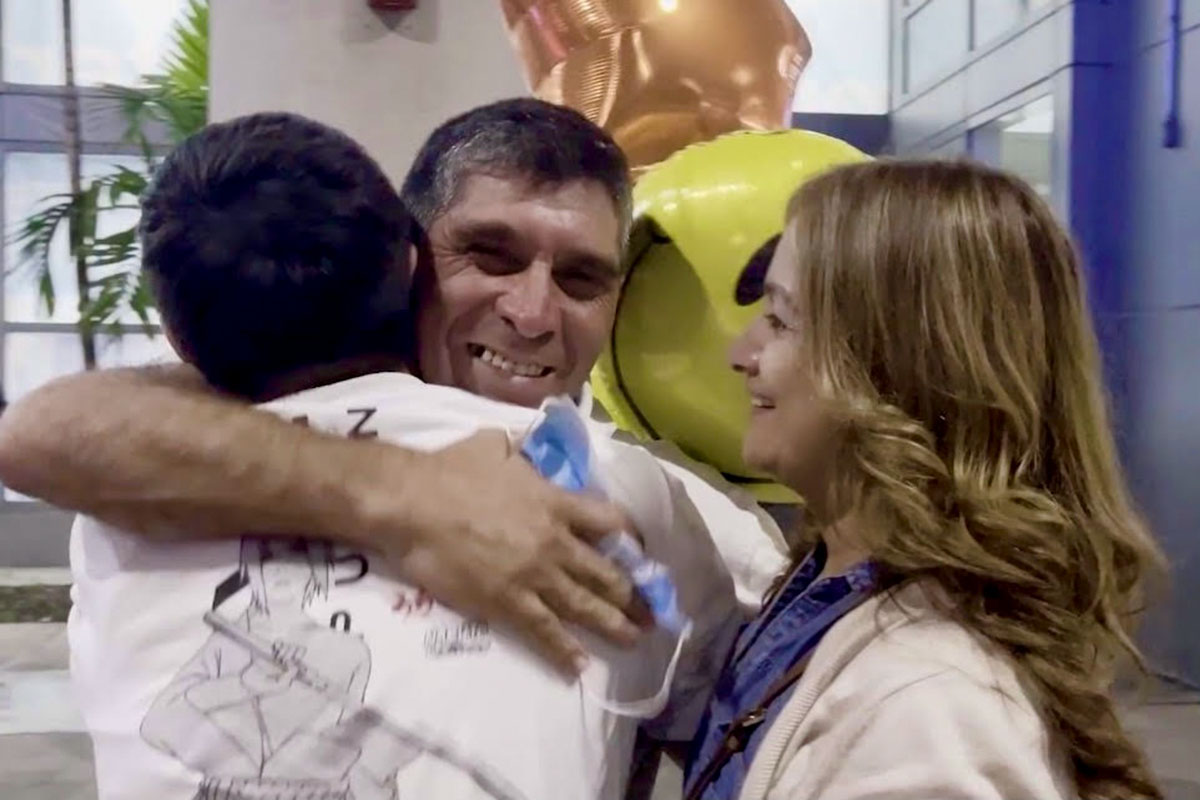 Nearly three years after being deported following the world premiere of Alex Rivera and Cristina Ibarra’s The Infiltrators at Sundance, activist Claudio Rojas, who has a prominent role in the film, has been reunited with his family in South Florida. Rojas’ deportation had been decried as a clear act of retaliation for the criticisms he made against ICE in the film and members of documentary and immigrant rights communities have been organizing for his return ever since. Hundreds of members of the documentary film community signed letters to the Trump Administration in 2019, and again to the Biden Administration in 2021, demanding that Rojas and other immigration activists be returned immediately.

NPR first reported the development on December 14. In an email update to supporters last week, Ibarra and Rivera wrote: “When Trump's ICE attacked Claudio, they attacked his family, they attacked The Infiltrators film, they attacked immigrants who want to speak up and storytellers who work with them. But none of us gave up.  Claudio didn't give up. Together we fought back, and thanks to all of our efforts, thanks to your efforts, Claudio is home.”