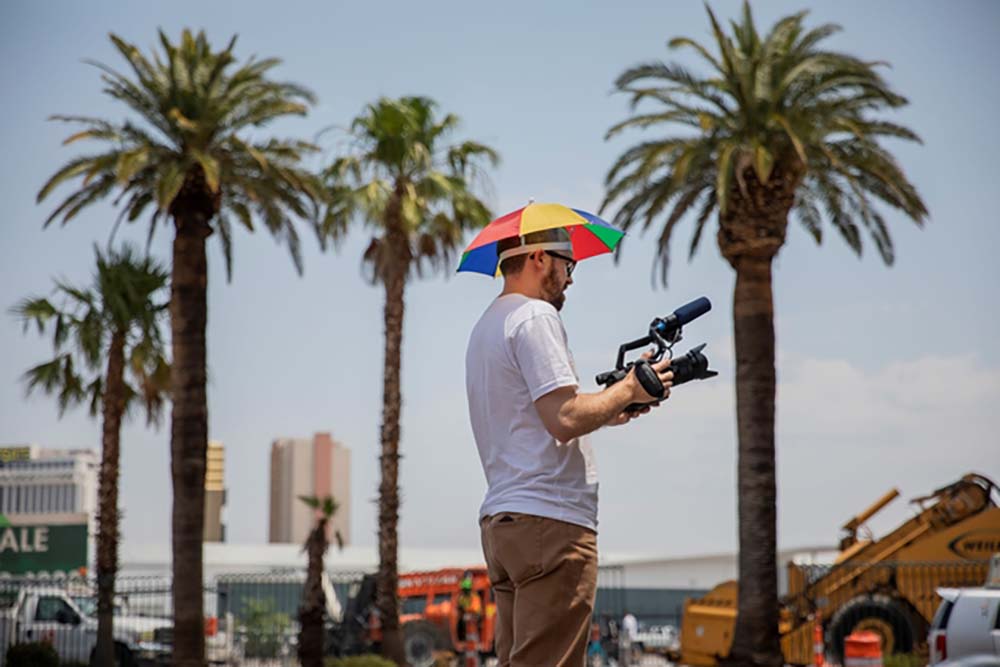 "I have always thought of American Experience as the single most important history series in the doc world, and the chance to build on the incredible legacy of the series, freshen it up a bit, and open the door to a wider range of filmmakers and topics is a dream for me," says George. "I’m looking forward to broadening the definition of what an American Experience film is. I want us to explore some more recent history, and anticipate actively mining stories from the ‘60s, ‘70s and ‘80s."

Over at The Guardian, Simon Hattenstone interviews Andrea Arnold, director of Cow, which was four years in the making.

For Hyperallergic, Dan Schindel speaks to John Wilson, the host of the HBO doc series How To with John Wilson, where Wilson goes down "every rabbit hole he can find."

"Usually the episodes remain what they are throughout the whole production. We try to stick with pretty broad subjects so that you can fit as much under that umbrella as you can. With "parking" it was easy, because that imagery is everywhere. But a lot of the time, the further you get from the subject matter, the funnier it becomes. So we’re never afraid to totally ditch the concepts and try to think as abstractly as possible when wandering around.”

As Minax interviews his parents, they note that in addition to losing a grandchild they were also grieving the loss of their daughter—not Jesse, then embroiled in this deeply upsetting and ultimately unfounded case handled by corrupt people, but Minax transitioning into a man. They speak of this daughter in the past tense as if they are not speaking to that same person, their son, in front of them. Minax is caught off-guard. He breaks down later when alone outside the house. Even in the presence of cameras, this is the sentiment they choose to share with him and how they viewed the life he sought for survival and self-actualization. When recalling this incident about being perceived as dead, Minax locates a truth amid deep pain, and says something that I have felt in my bones since beginning my transition, "I worked so hard to be alive."

Also read the BOMB Magazine interview with Angelo Madsen Minax, by Megan Milks, that Gardner references in his piece.

The desire is in its older sibling: love. Everything about the film is wrapped up in that, trying to—not understand love, but perform love. To be able to carry love out in action. The film is about trying to figure out how to make love tangible.

Sometimes I replace the word "desire" with "love" because it offers a little more edge, but I don’t think that, for me and my work, there is a huge difference. When I talk about desire emanating from my dad’s nuts in The Source Is a Hole, I’m also really talking about how I love my dad.

The same thing can be said for North by Current. There’s desire as motivation—that’s a different thing—and it’s attached to the desire to be able to actualize love in a way that has felt lacking.

Over at Variety, Jazz Tangcay speaks to editors Francisco Bello, Gabriel Rhodes and David Zieff—all of whom worked on Matthew Heineman’s The First Wave, and shaped the film as it aimed to show "the strength of the human spirit" during the pandemic.

Because the editors and Heineman were living the same thing they were documenting, it hit close to home. "Especially in those early weeks when we knew so little about the disease, how it’s transmitted, how to protect ourselves…the biggest fear of all was that we were that I would get sick, my crew would get sick, and or perhaps worse, that we spread the disease amongst the people we’re filming with," says Heineman.

Shortly after I started editing documentaries, in the beginning—they were all Chinese documentaries, of course—it was probably when I was editing the second documentary, called Night in China. It was by Ju Anqi and I was supposed to cut a new version. But at the same time, I had already committed myself to a film in Turkey. The Turkish narrative film, Gitmek: My Marlon and Brando, funnily enough was a fiction film, but the director came from human rights documentaries. Logistically, I spent three weeks every month in Istanbul and one week in Paris. During that period I realized how much the two things were nourishing each other. It was really interesting that I was cutting this documentary in Paris, and I would go back to Istanbul and have the inspiration from that documentary cutting to use to cut fiction and vice versa.

From the Archive, Winter 2004 Issue: "Four Editors in Search of a Thread: A Documentary Roundtable"

Vérité film comes from a different point of view. Often, you're covering a current event. You don't know how the event is going to end. One reason American Standoff shot 600 hours is because what was supposed to end in three weeks was still going on three years later. So they just kept filming. I was cutting without even knowing what the end was going to be, which is a situation you sometimes find yourself in with vérité film. Something like Hitchcock, Selznick—those are about dead people. So the story is told differently. Interviews and film clips and narration are necessary.