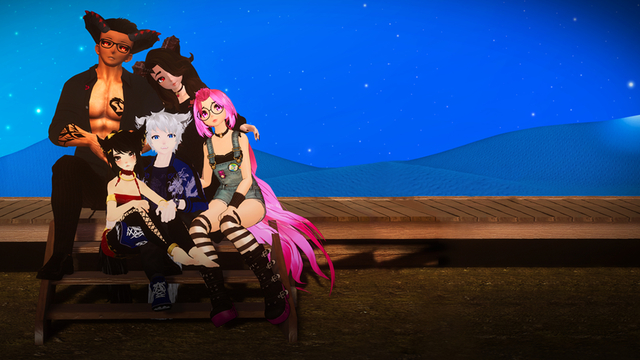 Now Then’s community correspondent and editor Philippa Willitts evaluates how accessible the recently concluded Sheffield DocFest was. In the article, Willits concludes that “all of the barriers [they] faced were avoidable.”

I explained that saying somewhere “has disabled toilets” is not adequate accessibility information, that last-minute venue changes have a disproportionate impact on disabled people being able to attend, and that while having a dedicated email address for accessibility queries is great, when those queries are not answered, it renders it pointless. I also suggested including more films that did not present disability as a tragedy.

I pointed out inconsistent access information on the website, I said that there were not enough captioned, subtitled, relaxed, or audio-described performances, and that there also seemed to be an assumption that press and reviewers would be non-disabled. And that even by the time the festival finished, the accessibility webpage was still promising updates, suggesting the information was incomplete.

Over at rogerebert.com, Robert Daniels speaks to Joe Hunting, the director of We Met In Virtual Reality, the first feature-length documentary filmed entirely in the metaverse, which offers an escape from the “all-too-judgemental physical world.”

What I would love to talk about, and reveal, a bit of a secret here, is I only recorded voices throughout the entire documentary. There's a few moments where I captured music. You know, the songs that play and some ambient sounds that are made in-world. But I would say 80% of my production was only recording the voices of the subjects, which means all of the ambient sound that you hear: the car scratches, the wind in the trees, the lake, and the insects buzzing, that was all added in post. And I was very delicate on how much sound to add as I always wanted to stay truthful to the space by having that feeling of disjointedness. So I didn't add foley. I didn't add sound effects.

Head over to the New Literacy Project and check out the fantastic discussion guide built around the 2021 documentary Storm Lake, which focuses on the importance of local journalism.

Newspapers are disappearing at an alarming rate, and more Americans are living in news deserts, or communities “with limited access to the sort of credible and comprehensive news and information that feeds democracy at the grassroots level.”

More than one in four newspapers shut down between 2004 and 2020. At the same time, public opinion polls show a lack of awareness among Americans surrounding this trend and its wide-ranging effects.

The story of The Storm Lake Times, a twice-weekly family-owned newspaper in rural Iowa, brings the struggles of sustaining local journalism to life and shows what these newsrooms mean to communities and American democracy overall.

Over at POV Magazine, Rachel Ho interviews filmmaker John Daschbach, who documented a year in the life of chef Masamoto Ueda, for the film Come Back Anytime.

After five years of hanging out, we went to a year-end party. It was the night before the new year when he closes for ten days, which is common in Japan. I had this amazing epiphany. One of the regulars—who’s in the film and a professional violinist—had just performed Beethoven’s 9th with one of the major orchestras. There was also a group of singers there — they always come to Bizentei, it was like a singing club. They spontaneously started singing and they got her to play the violin.

The next day, I thought, “That was so amazing. This is what I need to do.”

Blue Island continues to place the Hong Kong protests of 2019/2020 in conversation with the activism of prior generations, both literally and through its construction. Chan stages scenes in which the young activists act alongside or play their ancestors. These sequences are revealing, as Chan keeps the camera rolling long enough for us to see members of the older generation “correct” the script; during one dramatization of a Communist Party meeting, Chan Hak-chi notes that admiration and praise for Chairman Mao was much less fervent in reality. The film also expands its scope to include the 1989 Tiananmen Square protests and the 1966-67 Hong Kong anticolonial protests. Each additional episode provides more regional context and indicates the role of historical contingency in these interconnected events.

This one’s more of an essential doc “listen.” Wendy Bernfeld joins Peter Hamilton on the Documentary Business podcast as they talk about distributing a documentary to platforms beyond the “Big 5” streamers.

Wendy Bernfeld is a highly respected, veteran executive who has enjoyed industry-leading roles in film, PayTV, SVOD , international co-production and distribution. She is the founder and managing director of the Amsterdam-based Rights Stuff Consultancy.

In our absorbing conversation, she shares her detailed, practical knowledge about how to identify and sell to the many platforms that buy unscripted programs, and that aren't named Netflix, Prime, Disney+, HBO Max or Apple TV+.

For decades, the traditional order of creating windows of exploitation of channels of distribution followed a familiar pattern: three to six months of theatrical, followed by an educational window, then home video and transactional video on demand (TVOD), followed by pay TV and then linear TV.

First, a radically constricted theatrical window disrupted the traditional windowing pattern with premium digital distribution offerings coming within weeks, or in certain cases, day-and-date, with theatrical openings. Streaming services such as Netflix would generally follow TVOD availability by an additional window. Today, SVOD services often want to be day-and-date with TVOD, further truncating windows. Clearly, the rate of change is unprecedented, and the level of disruption is challenging for distributors and filmmakers alike.

TIFF Teases Out Its 2022 Doc Lineup

News And Documentary Emmy Nominations for 2022 are Out

Kelsey Brown is working with Documentary magazine this summer and fall as part of the Los Angeles County Arts and Culture Internship program. She is currently a senior at California State University Long Beach and is majoring in journalism with a minor in International studies.