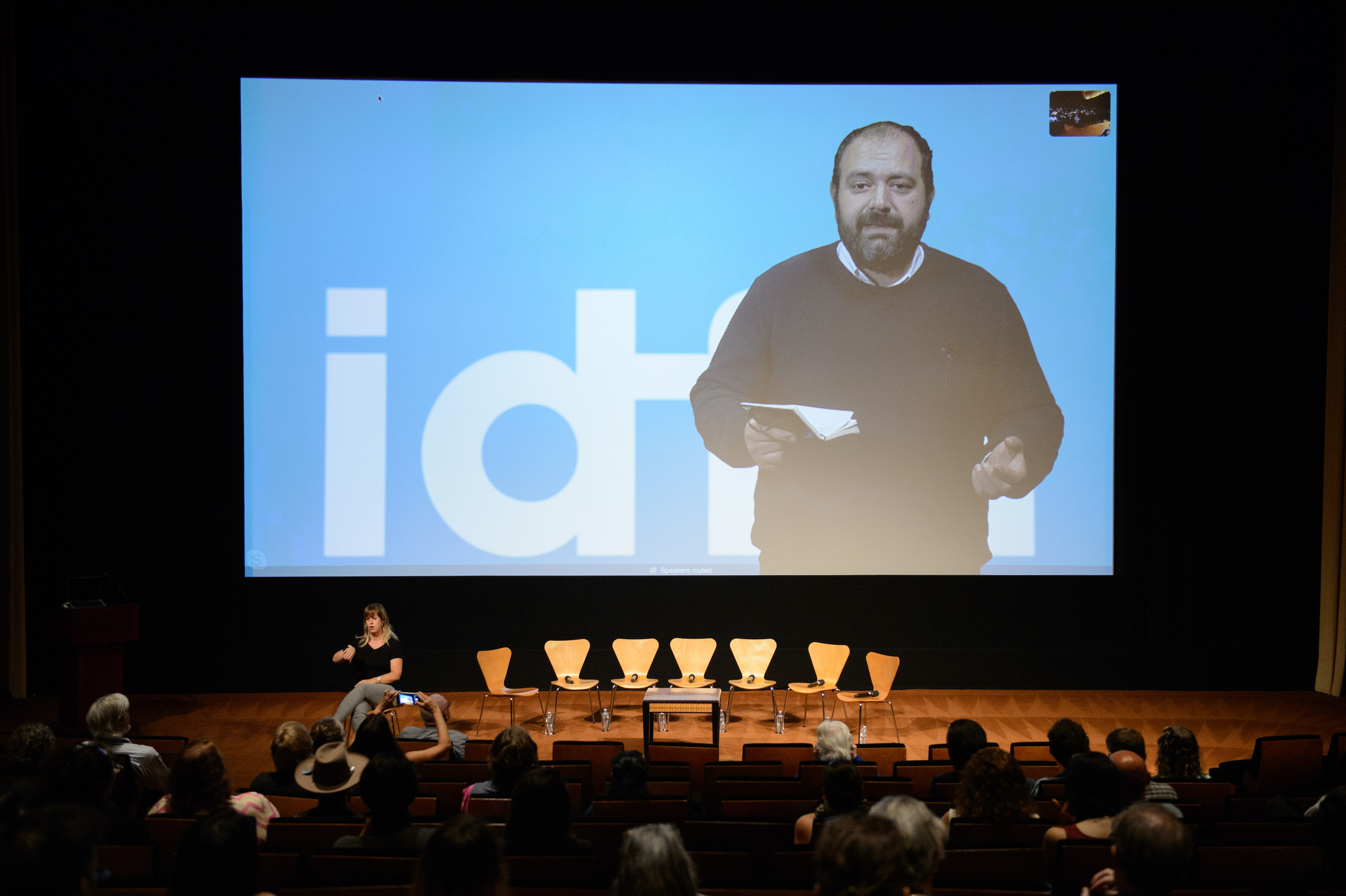 The Jihad Rehab conversation continues with an article by Moustafa Bayoumi from The Nation. Bayoumi explains that the questioning of the ethics and execution of the film dates back a few years, and that the issue is not the fact that a white, non-Muslim woman made the film, but rather that filmmaker Meg Smaker put participants in dangerous and incriminating situations.

I don’t know Meg Smaker, the filmmaker, but I can judge “Meg,” the voice on this documentary. And “Meg” is a cop. “Meg” is an interrogator. “Meg” is the intelligence officer at Guantánamo sitting across the table from these men, asking the same questions, day after day, month after month, and year after year. There comes a point when one of the men in the film has had enough of “Meg” and refuses further participation. The film lingers repeatedly on his silences to “Meg’s” ridiculous and damning questions, as if to suggest that his silence equals guilt. In this film, not admitting guilt functions cinematically as proof of guilt.

To argue that Meg Smaker is a victim of identity politics is to divert attention away from the substantive harm and ethical lapses of this film, and that’s a real shame. When will the United States squarely address the damage it has done at Guantánamo and seek a remedy for those it harmed?

There is a big illusion that with streamers came more freedom or more diversity of artistic approaches. Time is proving that wrong. I think there is a mainstream, and so far, at least the major streamers, are all participants or members of this mainstream that was there before them. So, the space for alternative expression is very small, and it relies on people who are not seeking big sales. The ancient equation – more money and more control equals less artistic freedom, and less money and less control equals more artistic freedom still holds true. Festivals do have a role together with film funds to support films that have cultural value and artistic value, not only market value.

Shayla Harris, an independent director, producer, and IDA Enterprise Documentary Fund Grantee (for Lighting Africa), and filmmaker Stacey L. Holman, discuss for Medium their own filmmaking and the power of social impact within them.

For Screen Daily, Geoffrey Macnab writes about the current crisis of the success of documentaries in the theatrical box office. Through a conversation with Anne Vierhout, managing director of Cinema Delicatessen, the lack of cash flow to documentaries is explored.

Since the pandemic, a few docs have done decent business in cinemas. Sara Dosa’s Sundance title Fire Of Love, for example, has been released widely in cinemas around the world. grossing over $1m to date in North America for National Geographic Films and Neon. Some have done great business: Brett Morgan’s David Bowie title Moonage Daydream has grossed approximately $11.6m to date.

However, many others have underperformed. Exhibitors have become less willing to book documentaries or to give them the best screening slots. There is still a backlog of films from the pandemic period when cinemas were closed and cinemagoers who watch documentaries, and who tend to skew older, have not yet returned to theatres at pre-pandemic levels.

Another piece by Addie Morfoot for Variety explores what types of documentaries attract the largest audience. No surprise here: docs about celebrities and sports remain supreme. But the reason is less superficial than you may suspect.

Given the ongoing worldwide pandemic, Russia’s invasion of Ukraine, America’s school shooting crisis, and the yearly uptick in extreme weather events, it’s not exactly a surprise that viewers are attracted to nonfiction content that isn’t didactic. It makes sense that factual features and series about celebrities, sports, and music are all the rage. Ironically so are true crime documentaries focused on serial murderers, fraudsters, and crypto criminals.

While streamers and networks alike aren’t clamoring to program factual fare that will leave audiences angry or petrified, they are still distributing docs that explore pressing social issues. But instead of those issues being thrown in viewers' faces, subject matters including racism, political upheaval, and climate change are often sprinkled into many of today’s documentary features and series. More often than not, a celebrity is used to lure viewers into a story that has a few Debbie Downers to swallow.

From the Archive: March 31, 2004, February/March 2004: “Define Your Audience: Generating Some FilmBuzz & Thinking Without A Box”

Defining your audience in marketable terms involves researching similar films to determine their audiences and venues––that is, where the film was seen. While defining your audience isn't easy, it's not impossible. Fortunately, much of the information you need can be found online, and by attending film festivals and studying distributors' catalogs.

END_OF_DOCUMENT_TOKEN_TO_BE_REPLACED

Where Shakespeare Meets Scheherazade: Towards a North-South Camaraderie in Documentary