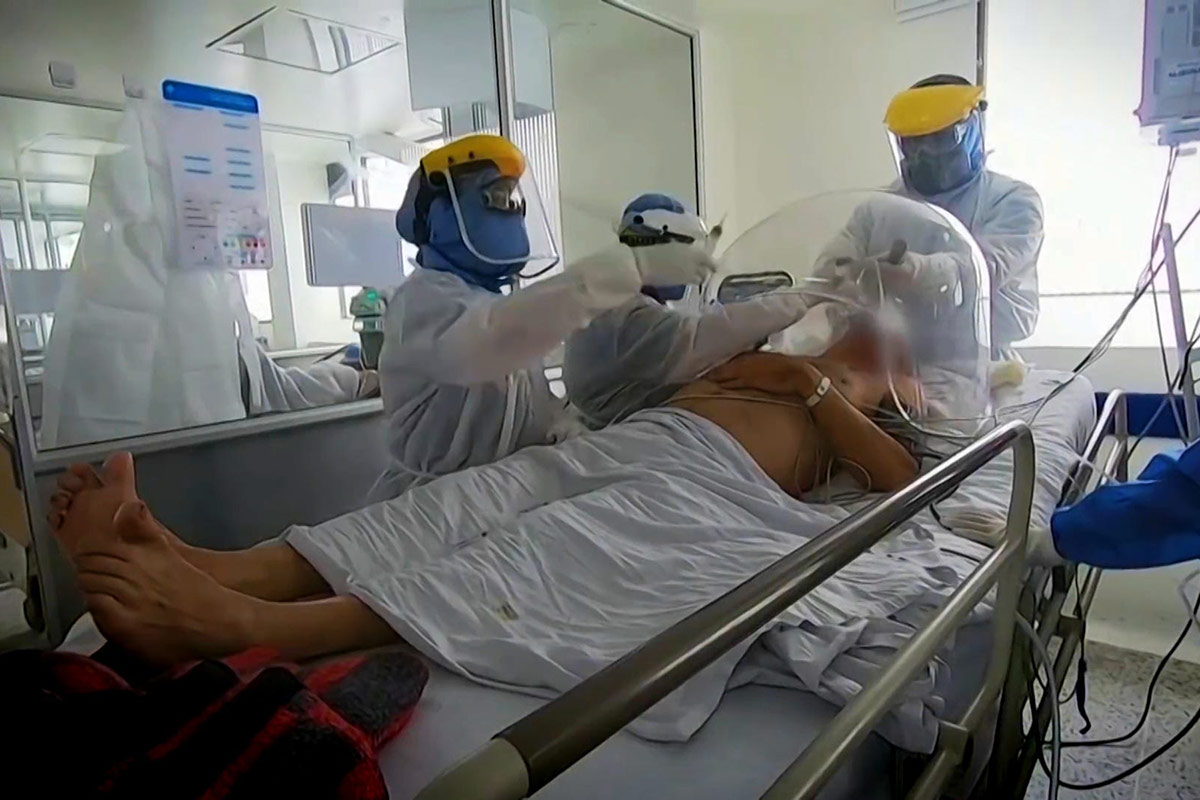 Essential Doc Reads is a weekly feature in which the IDA staff recommends recent pieces about the documentary form and its processes. Here we feature think pieces and important news items from around the internet, and articles from the Documentary magazine archive. We hope you enjoy!

Just before we plunged into Getting Real ‘20, the Ford Foundation released Creative Futures, a collection of essays (or, as the foundation puts it, “provocations”) to “reimagine the arts, documentary and journalism.” Documentary magazine will be republishing a selection of these in future issues and online, but here is sample from New Negress Film Society, on community models for filmmaking:

Another major contribution to the documentary discourse happened during Getting Real: Our contemporaries at Field of Vision launched Field Notes, an online journal about nonfiction cinema. In the inaugural issue, Contributing Editor Devika Girish conducts a roundtable with writer, curator and producer Rooney Elmi and writer and programmer Matt Turner for a stimulating discussion on nonfiction criticism and film.

But I think cinephilia as a culture has never interrogated that power structure and history, which is something that I'm very irked about. I think the only way to use this tool as a medium for thought, education, reflection, and collective memory-making is to give it to the people who've historically been ostracized from it and who have something important to say. I do think it's our duty to vigorously interrogate history so that we can have a much better future.

My philosophy on every film I’ve done—from Eyes on the Prize to my films on Sammy Davis Jr. and Zora Neale Hurston—is to look at these people who are celebrated and sometimes worshipped, and see how they’re complicated, how they’re not just one thing. They all have different levels and different parts of their personality. With this film, I wanted to dig into that. I didn’t want [Dr. King and the FBI] to be presented in black and white. I want to show you the nuances of a person’s life experience, their shades of grey.

On one level, Public Housing is about the failures of American society to provide for its most vulnerable. On another, it is a universal portrait of the grind of getting by. Wiseman may be a chronicler of American institutions, but it’s the overwhelming, heartbreaking humanity of his movies that stays with you.

The Los Angeles Times’ Amy Kaufman sits down with filmmakers Alex Gibney,  Suzanne Hillinger and Ophelia Harutyunyan about their up-to-the-minute doc Totally Under Control, about how President Trump and his team have mismanaged the COVID-19 crisis.

There was some pushback from funders, like, “Why don’t you just wait? Relax? Tell it over the course of time when history will carefully reveal itself. You can tell a more textured version of this story.” I was like, “No. I want to tell this story now, when it matters. When you can look at what happened early on and render some kind of judgment. That should go into the calculus about how you cast your vote.”

PBS is commemorating its 50th anniversary this year. Realscreen’s Barry Walsh checks in with the key players at the public media giant—both at the helm, and among the content suppliers—about its biggest achievements over the past half-century.

I always say that the two most important letters in our name are the first and the last, [standing for] ‘Public’ and ‘Service,’” says Paula Kerger, PBS’s president and CEO (pictured above, at the 2020 Realscreen Summit). “So there probably isn’t a better way to mark this 50th anniversary than to be in deep public service, and to use the time to think about what we will look like in the next 50 years if we are still tied to that guide star of who we are as a media organization.

From the Archive, October 2006 online: “Changing the Lives of Viewers Like You: A Conversation with PBS' Paula Kerger”

I'm hoping that what we'll do is not reinvent the wheel, but through all these discussions figure out how it all fits together. We're going to have to do it if we're going to survive. Broadcast will be strong for a very long time, but while the other markets are still small, we may want to use this time to experiment with various platforms. It's always a question of how you strike that balance between making sure that your work is seen and making sure that you're taking advantage of whatever opportunities there are for remuneration.

END_OF_DOCUMENT_TOKEN_TO_BE_REPLACED

Sam Pollard on the Art and Life of August Wilson

A Conversation with AJ Schnack about 'Field of Vision'