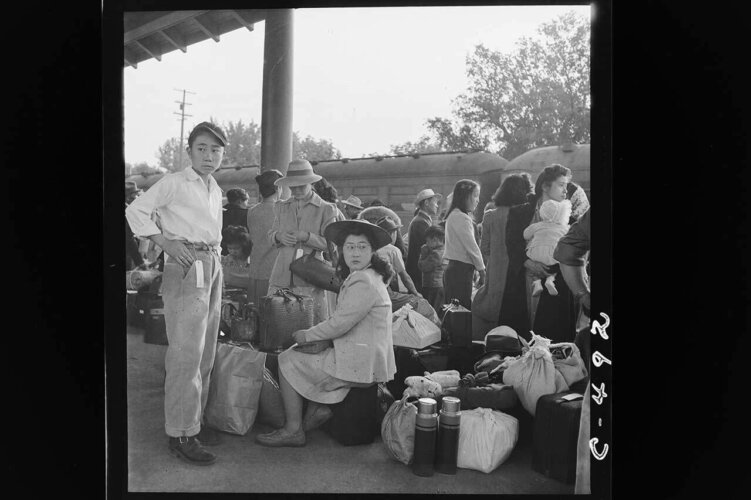 Sahar Driver and Sonya Childress, writing for Filmmaker Magazine, discuss the evolution of documentaries and their power to instigate real social change, citing filmmaker Chelsea Hernandez, one of IDA’s 2022 Logan Elevate grantees, of being successful in that.

The documentary impact enterprise has always focused on the power of particular films to build understanding and shift audience perspectives as the foundational starting point for action, whether that involves changing peoples’ behaviors, the choices they make, the steps they take to change institutions or policies, or inspiring them to build community.

Successful impact campaigns can be discrete and focused, like the one accompanying Chelsea Hernandez’s Building the American Dream that aimed to educate audiences and key decision makers about the exploitation of construction workers in Texas and the need for rest breaks, and which contributed to the groundswell of coverage about the need for worker rights and protections. Among other shifts linked to increased presence and pressure, Texas Congressman Sylvia Garcia filed a federal bill to require rest breaks for all construction workers in July 2022.

The growing number of high-profile nonfiction films in and out of competition at Venice suggests that major European film festivals have finally accepted documentaries as viable, cinematic art.

While docs at the Toronto International Film Festival and major US fests, including Sundance, Telluride, and South by Southwest, have long been the belles of the ball, the most prominent international festivals, including Venice, Cannes, and Berlin, have been slow to embrace nonfiction content, especially in competition.

Another conversation from Erik Luers of Filmmaker Magazine and Chapman and Maclain Way, brothers and co-producers of the Netflix docuseries Untold, who share their process of constructing sports documentaries that go beyond game recaps, and instead deal with depth and drama.

Being that we’re more narrative-driven documentary filmmakers, we’re led by interesting subjects and characters, rather than the sport [the subject is connected to] or a big championship game that needs to be documented. We have a list of stories that have lots of twists and reveals, elements an audience can hopefully be [engaged by] and learn more than they previously knew. After that, it’s about finding the right athletes willing to be honest and open on camera so that it works [within our] storytelling. As audience members, those are the kinds of films that Mac and I have always gravitated toward. It doesn’t work if we’re featuring athletes with big PR teams who are looking to make a puff piece or something that promotes their brand.

This next one can be an Essential Doc Read, or Listen, depending on what you’re in the mood for. Mallory Yu, Juana Summers, and Sarah Handel from NPR, speak with Edward Buckles, Jr. about his directorial debut of the HBO documentary Katrina Babies.

I didn't go into this film trying to find healing, honestly, because I didn't know that it was possible. I didn't know that simply having conversations and starting to tell our stories would be healing.… This film is not going to heal everybody. This film has not healed me. But it has opened up a door for me to figure out, "Okay, what does that journey to healing look like?" Because we are not just healing from Hurricane Katrina, we are healing from everything else that we have experienced before the storm and after the storm. And I just want us to know that we can start that journey.

Joseph Berger from The New York Times has a conversation with Ken Burns about his new PBS documentary, The U.S. and the Holocaust, which airs on September 18.

The filmmakers sought to emphasize the story’s ambiguities and complications, Burns said. For one thing, the U.S. let in more Jewish refugees than any other country‌ — roughly 200,000 between 1933 and 1945 — the result partly of efforts by rule-benders like the journalist Varian Fry and the Swedish diplomat Raoul Wallenberg, whose clandestine dealings were financed by the War Refugee Board, under the direction of John W. Pehle.

The documentary, which was inspired by an exhibition on the same topic at the U.S. Holocaust Memorial Museum, also softens somewhat the unfavorable portrait of President Franklin D. Roosevelt drawn by many historians for having done little to rescue Jews and stop the slaughter.

Fall signals back-to-school sentiments for some of us, and an article from Politico’s weighs in on whether a university is universally needed. A conversation between Calder McHugh and Jelani Cobb, Dean of Columbia Journalism School—who never enrolled in a journalism school himself—assesses whether journalism school is necessary. A lot of these arguments are transferable to conversations around film schools.

An MS in journalism from Columbia—all told, a nine-and-a-half month program—costs an estimated $121,290. Depending on where you’re looking, a journalist with a master’s degree makes on average between $36,000 and $58,000 after graduating. Columbia can offer generous aid packages (73 percent of those who applied for scholarship aid received funding and the median award is approximately $40,000), but its students are also regularly drowning in debt. For many young people with journalistic aspirations, the training that Columbia provides is a luxury they literally cannot afford.

Cobb is all too aware of the problem. He told me that he regularly hears from students who have always dreamed of becoming journalists but now worry about how they’ll pay for school or how much of a burden their debt will be. “It’s not a novel idea that we need to find some other way for this to exist,” he says. “We just don’t know what that is right now.”

From the Archive: October 31, 2004: Teaching the D-Word in J-School: Columbia Graduate School of Journalism

Approximately 15 students sign up for the documentary workshop each semester and are divided into three-person teams, each of which produces a 20- or 30-minute documentary. The school has three Sony DSR-250 DVCAM cameras and four Avid Express editing stations, offering students the possibility of doing professional level work. One of the main tasks of the faculty is to help students select projects that can be completed in a short time frame (five months) and to make them aware of problems that may arise when they go into a situation with a video camera. Students are encouraged to have stories play out in front of the camera instead of concentrating on sound bites and B-roll. Moreover, while digital video technology is not quite as inexpensive as a laptop, the gap between them is constantly shrinking.

Amy Stechler, Documentarian Who Helped Define a Style, Dies at 67