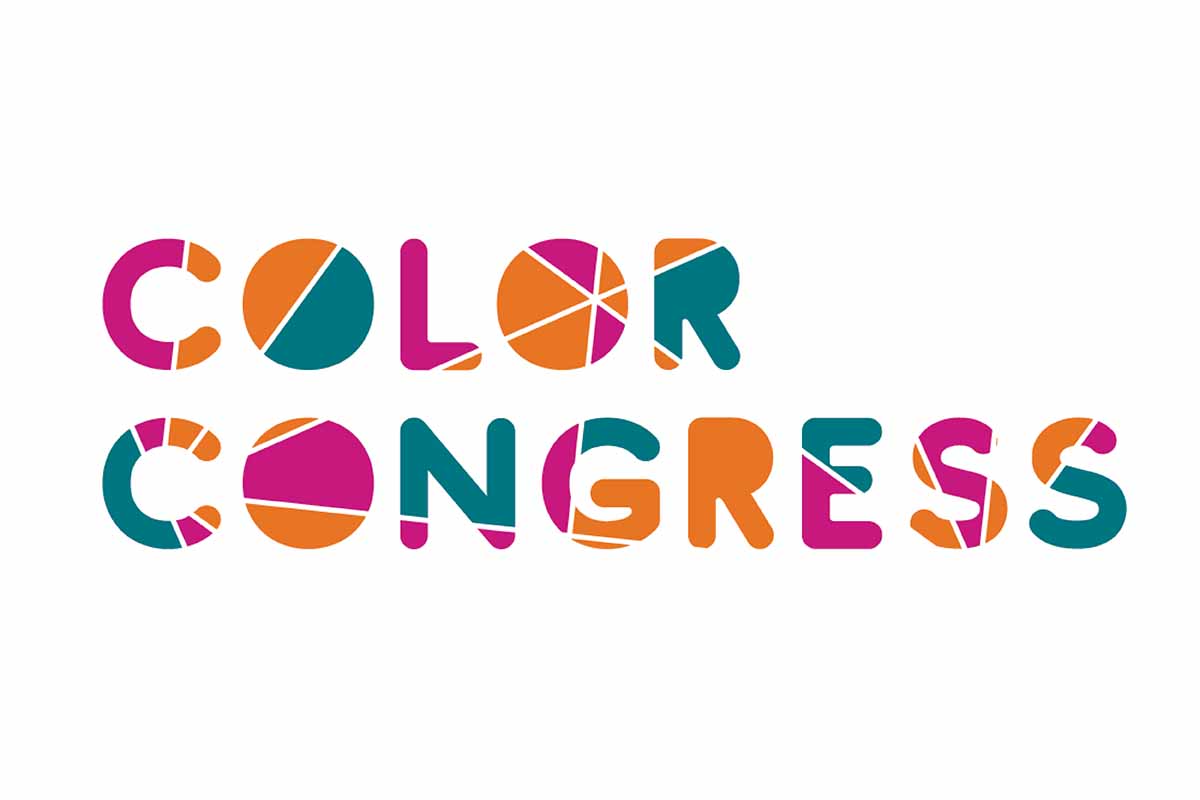 Sahar Driver and Sonya Childress recently announced their co-directorship of a new initiative to support the sustainability and strengthening of independent people of color (POC)- led documentary film institutions and POC documentary filmmakers. This initiative, called Color Congress, is a national collective of majority POC and POC-led organizations that aims to center and strengthen nonfiction storytelling by, for and about people of color in the US. As longtime field-building and impact cultural strategists, and advocates in the independent documentary film space, Driver and Childress bring several decades of shared experience to their new roles.

Color Congress was launched this year as a result of the 2020 report entitled BEYOND INCLUSION: The Critical Role of People of Color in the U.S. Documentary Ecosystem. The report, written and researched by Driver, outlines the opportunities, challenges and contributions that POC-led organizations and POC documentary filmmakers face and experience. As a new executive director of a parallel initiative to support cultural critics of color and strengthen the ecosystem so they and the institutions that support them can thrive, Documentary asked me to discuss with Driver and Childress the work of Color Congress, the hopes and dreams of the initiative, and why this is the right moment for such an initiative to exist to take on the existential challenges of this time.

RASHID SHABAZZ: Why did you both decide it was important to start Color Congress and come together as co-directors?

SAHAR DRIVER: Sonya and I have both focused on social change and social justice as impact producers, and we recognize there are opportunities and limitations in that space. Traditionally, impact is understood to mean campaigns that are built around a single film, with really targeted, [mostly] shorter term outcomes.

But often what’s overlooked with respect to those films is that each of those films fall into a cultural archive or a public discourse that contributes to a much longer-term, broader cultural change. With the impact space that we’re currently in, in order to do that kind of single issue, single film sort of social change, you need a campaign of a scale funders just aren’t supporting right now.

Color Congress, though, takes that longer view by supporting storytellers that are closest to the issues on the front lines, and supporting institutions led by people of color who understand the challenges those storytellers have had in this field and in building that cultural archive.

SONYA CHILDRESS: I spent 20 years running impact campaigns for a broad swath of filmmakers. That work was really fulfilling for me and it allowed me to connect nonfiction work with strategies that would shift traditional narratives. But in 2020, I started a fellowship through the Perspective Fund and I found myself stepping out of impact work and into field-organizing. The field was breaking in every direction and many of the people coming to patch holes were filmmakers of color themselves—coming together to try to address some of the issues that were stifling their voices. In turn, that was stifling the kind of impact their films could make, where their films could land and who they reached, and the kind of agency filmmakers had over their films.

This was probably the most exciting work I’ve been involved in over the last two decades. So the idea of partnering up with Sahar to build Color Congress to support this important ecosystem was a gift of an opportunity.

RS: Sahar, as I read the Beyond Inclusion report and I think about you talking to all these groups, in some ways it seems that you were also doing some form of field-organizing like Sonya. I’m curious how the co-directorship will inform and help shape your shared vision of the Congress at this point?

SD: I definitely saw the research for Beyond Inclusion as field-building, not necessarily so much field-organizing. But I was looking at Sonya over the two years that I was writing the report and thinking, "Look at what she’s doing over there. She’s talking with all the people I’m writing about, and she’s organizing them and connecting them." It was really exciting because it seemed to me that she was seeing and working with what was emerging as an extremely powerful network of organizations.

I also wanted to say, Sonya and I keep hearing how burnt out the heads of these organizations are, how tired they are, how much they have to work in order to overcome barriers in the field, in order to do the really good work that they do. And we know that Color Congress needs to be something beautiful, joyous, and nourishing to them and to the communities that they serve. What better way to build that than through a friendship?

RS: Given the field-building and organizing efforts you both have undertaken to date, what have you identified, or what has this field identified, as the existential challenges facing the nonfiction space for POC-led organizations and filmmakers?

SD: Well, there are a number of them. Some obvious ones—the POC-led and serving organizations tend to be dramatically less funded than their white peers. There is a lack of diverse leadership in gatekeeping institutions—white leaders may not see how their representation in these spaces means that certain kinds of "traditional" stories get advanced. These are then made more visible through distribution pathways, often get more funding, more support to reach and cultivate audiences that don’t look like me or Sonya.

SC: I think it’s important to name both the current climate within the documentary industry and the socio-political climate we’re in, in this country. In 2020, festivals closed down, organizations went quiet, some went out of business. Filmmakers who did not have the same economic means as more wealthy filmmakers had to stop working. Impact producers had to stop working.

The economic reality brought by the pandemic, coupled with the racial justice uprisings, really visualized the inequity across our field. It also visualized the heavy influence of commercial players in a field that used to be held up by public funding and public distribution. It is now primarily held up and distributed through commercial entities. The public media system had a mandate to support artists of color, to serve diverse audiences; commercial media doesn’t have that mandate.

We're also in the midst of a culture war, where the history of this country is being contested. And it’s not simply being contested in academia, in journalism, in what books children can access in public education. It’s being contested in what films tell the story about this country, and whose voices get to tell this story. So, these culture wars and the wars around Critical Race Theory absolutely inform our field right now. Shoring up organizations that are championing filmmakers of color and finding new ways to bring their work to audiences is extremely vital.

SD: The commercial threat that Sonya is naming is an existential threat to independent documentary. And that’s coming at a time when there’s increasing, continued distrust of media—mainstream media, I should say. And documentary, nonfiction storytelling, has often and traditionally been one of the most trusted sources of information and one of the most reliable ways to connect and learn from one another. When that erodes, that’s really bad news.

RS: So what does a strong ecosystem look like for the nonfiction space, an ecosystem that would be able to respond to and withstand the challenges we just discussed?

SD: I think it’s yet to be seen, to be honest. But we have some ideas. I think the ecosystem starts with people across the country—especially in places that are outside the main centers of New York and LA—being in conversation with one another, where they might not agree on everything but they are building understanding; they are all looking at adding their own piece of the kaleidoscope to build a vision of what is needed for the field.

I also believe a stronger ecosystem would allow for greater investment in all kinds of storytelling, for all kinds of audiences. Where people feel supported and trust one another, and where audiences get access to stories that challenge them, inspire them, and shed new light on how we relate to one another. This is critical and vital for democracy and for a functional society.

RS: What would you like folks to know about how they can get involved and why they should?

SD: I have two requests. One is, if you are aware of POC-led and serving organizations in your corner of the country, tell us. We have been looking at a pretty broad ecosystem, but we know that there are more out there, and we want them to know about us. The second thing is, we’re closing a funding gap. We’ve raised a lot of money and we still got a million dollars to raise. We want to close that gap and raise even more, because there’s more that we can do.

SC: To me, Color Congress’ vision is guided by Marlon Riggs, a maker who inspired many, many others. By Loni Ding, Louis Massiah, Lourdes Portillo. These are people on whose shoulders we stand in this field. But there are people like them in all corners of our country and we may not all know their names. We don’t want them to exist in obscurity any longer.

We don’t want them to have to exist in economic precarity. We want their work, and the entities that they’re working within, to flourish. We want to build a rich, diverse and thriving ecosystem where every community has champions of documentary film, and they have a home for their work. That those homes are stable and solid financially, and that audiences see themselves in the work that is generated in their communities.

SD: We don’t want to suggest that all the problems of the industry need to be solved by POC-led and serving organizations. That’s a really big burden. I think the intervention here is an acknowledgment of the importance of including these leaders and these institutions in the problem-solving, in the challenge, and in the work in ways they haven’t been involved in, until now. That’s really it.

SC: It’s incredibly exciting to be watering this ecosystem of POC-led and serving documentary organizations, while you, Rashid, are seeding and watering an ecosystem of critics of color. These films need to be seen and elevated by critics who understand the work that’s being generated from these nonfiction homes. We can’t just shift the makers; we also have to shift the critics that thoughtfully and carefully, and with context and nuance, can understand that work, can bring that work to audiences, can lift that work up.

So I see the work that we’re doing as working hand-in-hand with what you’re seeding at Critical Minded, and I feel like we’re really lucky to be building something alongside you right now.

RS: I agree one hundred percent and feel really humbled to be in community with both of you. Thank you.

Rashid Shabazz is the inaugural executive director of Critical Minded, a grantmaking and advocacy initiative that supports cultural critics of color in the United States. Previously, he was the chief marketing and storytelling officer for Color of Change.