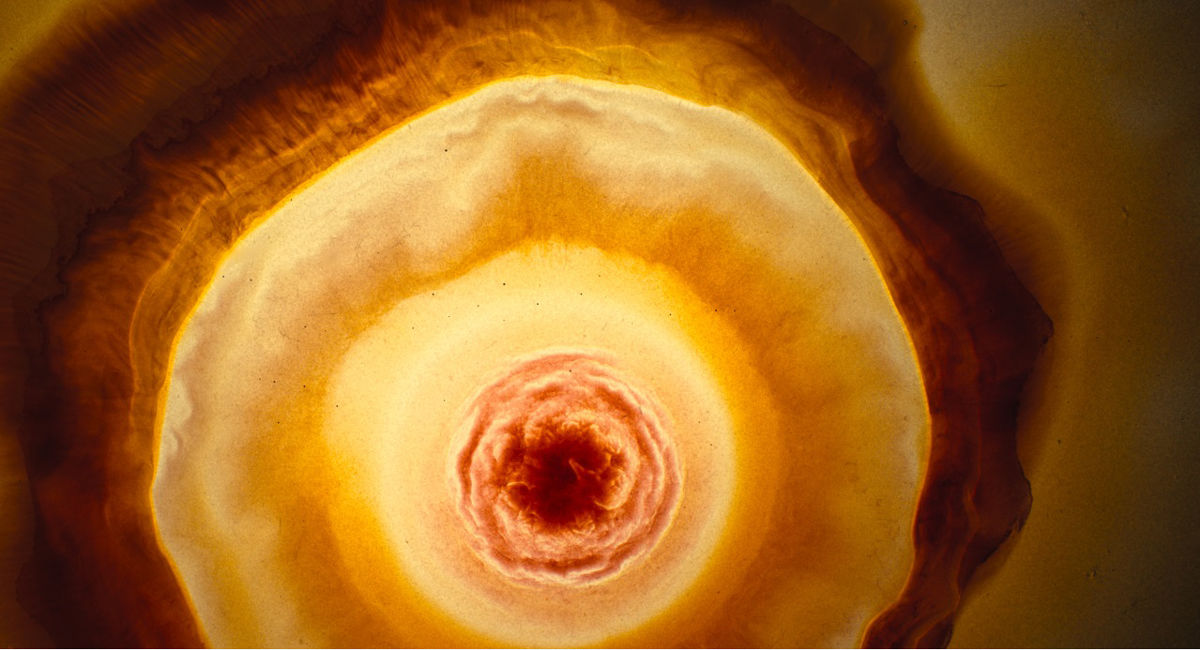 At Filmmaker, director Penny Lane asks whether documentary films should have footnotes.

In "Honest Truths: Documentary Filmmakers on Ethical Challenges in Their Work," an excellent report put out by the Center for Social Media, a sample of 45 filmmakers expressed daily frustration at the lack of standards and clarity on common ethical practices in documentary (outside of those that come from specific institutional frameworks). In the same report, filmmakers reported that they "accepted significant manipulation of the situation… without regarding it as a betrayal of viewer expectations." This comes as no surprise to anyone who's ever structured a nonfiction story.

Richard Brody of The New Yorker is overwhelmed by Voyage of Time, the new Terrence Malick film.

It's a sort of vast and visually overwhelming nature documentary, albeit with brief acted sequences, and, as such, it's an easy film to parody and to mock—say, as the Terrence Malick Science-Wonder Visual Encyclopedia, or The Tree of Life with the funny bits cut out. But that's true of any intensely serious work of art. Voyage of Time inhabits a rarefied plane of thought, detached from the practicalities of daily life, that leave it open to a facile and utterly unjustified dismissal, given the breathtaking intensity of its stylistic unity and the immediate, firsthand force of its philosophical reflections.

At the redesigned Film Comment, Eric Hynes reconsiders the relationship between documentary and propaganda.

Maybe it's a matter of ditching the noun for an adjective. Of conceding that while certain films aren't categorically propaganda, they're propagandistic in part. In this light, can any work of nonfiction claim immunity? And should they even bother? Often a filmmaker's agenda isn't political, but artistic. Facts and events aren't always marshaled for the sake of a better world, but to construct a better, cleaner film. It's a matter of owning up to having an agenda, even subtly or fleetingly, rather than covering those tracks. Perhaps copping to formal manipulations can fend off the temptations of ultimate deception.

At a time when the whitewashing of social justice movements, cinematic history, and contemporary movies remains so common, revisiting Arthur Dong's work offers both comfort and food for thought. His films reanimate different pieces of history and encourage contemporary viewers to examine our present. What Dong has shown us throughout his career as a filmmaker and historian is that our desire for media representation for our communities doesn't necessarily have to begin or end with Hollywood feature films. There's plenty of material, plenty of stories, and plenty of history we can already access.

In his review of Cameraperson for The Ringer, K. Austin Collins discusses the film's emphasis on the labor of filmmaking.

Johnson's movie speaks fully to that sense of processing  - it's composed of discarded scraps, after all, of the things cut out of other films. Usually a nonfiction film gives us the fruit of all the labor we don't see: what it takes to light and stage a scene on the fly, what it takes to get a source to trust and confide in the filmmaker and his or her camera. A great documentary somehow makes that labor palpable, even if only implicitly, but most do not. There's an argument being made here. What we see in Cameraperson are the moments that made their respective documentaries possible, whether by helping Johnson establish a sense of local specificity and place in the moment, or by easing interviewees toward revelations the documentarians could later use.

"Most doc filmmakers and scholars agree that documentaries are subjective. I started to wonder to what extent general audiences understand that what distinguishes documentary from journalism is that docs are interpretive; they have a point of view, rather than being straight reporting or documentation. Today, when doc filmmakers exuberantly employ elements from the narrative toolkit - re-enactments, animation, stylized staging - to create powerful nonfiction cinematic experiences, has a credibility gap emerged between the general public and the film community? Are our narrative strategies becoming obstacles to audiences trusting our films?"

END_OF_DOCUMENT_TOKEN_TO_BE_REPLACED

The Spirit of Dialogue and Community: Why the Theater is the Vital Venue for Arthur Dong's Documentaries

The Ethics of Archival Use: A Roundtable Discussion