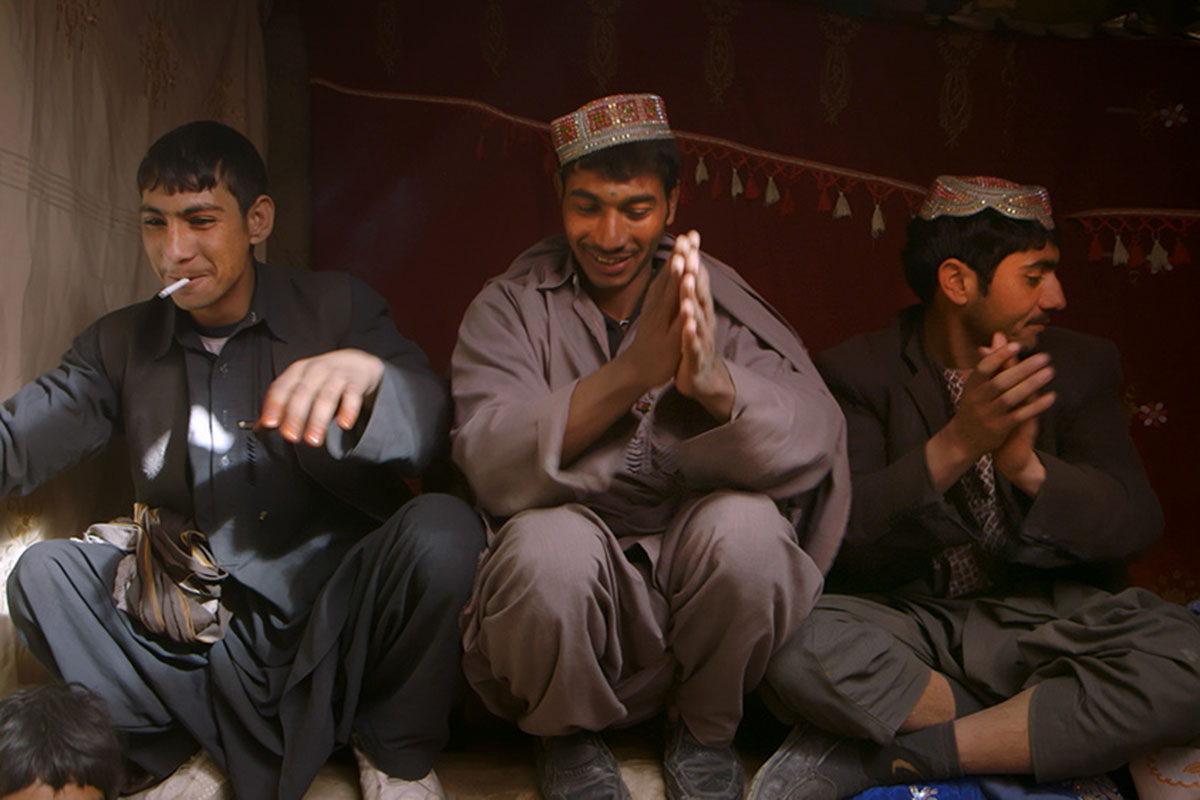 Hyperallergic’s Dan Schindel attended The Museum of the Moving Image’s annual First Look Festival, and spoke with filmmaker Charlie Shackleton, whose virtual reality performance piece As Mine Exactly premiered at the festival.

The material evolved in response to showing it to people. I had endless material, thousands of childhood photographs and videos and things I’d written, things my mom had written, any of which could’ve been included — and a lot of which was included, at one point or another. But when you get someone in a headset, it’s fascinating to see where their focus sharpens and where it doesn’t. I can see where they’re looking, what’s catching their attention and whether that aligns with my intention. Those moments are what I tried to build the piece around.

Over at POV Magazine, Marc Glassman introduces readers to the work of iconic Canadian Indigenous filmmaker Alanis Obomsawin, who filmed the images that were a part of TIFF’s unique land-acknowledgment montage.

It’s important for us settlers to consider Alanis’ contributions, too. If your work is strong enough—and surely Alanis’ is—then a response from others besides your own culture, is warranted. In my case, I’ve been lucky enough to know, write about and present Alanis’ work for over 30 years and have watched her career and oeuvre grow during that time.

It’s Oscar season, and we are enjoying reading all the documentary-related writing. Here is POV Magazine’s Pat Mullen doing a deep dive on the Oscar-nominated short docs, calling The Queen of Basketball a “slam-dunk.”

Three Songs for Benazir watches as life continues day by day in the camp. All the while, a blimp hovers above Shaista and Benazir. This ever-present aircraft documents their every move and those of their neighbors. The film intriguingly observes a life spent under observation, and the added stresses that surveillance brings. Three Songs for Benazir, moreover, witnesses elements that shape the lives of these family members, offering a microcosm for displaced families worldwide. Interested audiences may want to check out the Oscar-shortlisted feature doc Simple as Water, about Syrian refugees in limbo.

IndieWire’s Anne Thompson writes on another of our favorites—the Indian documentary, Writing with Fire by IDA’s 2021 Courage Under Fire Awardees, Rintu Thomas and Sushmit Ghosh.

Ghosh and Thomas studied together in film school; after they graduated in 2008, they launched production company Black Ticket Films, hoping to change the conversation around nonfiction in India. They were interested in stories, said Ghosh, “of outliers on the margins creating tectonic shifts. Can it be sexy to engage and entertain and educate? Can you design impact around that? A story told well pulls at your heart and can push you to think of the world in a different way.”

Questioning the Academy’s decision to do away with the live presentation of Oscars in eight categories, including the Best Short Doc Award, Los Angeles Times’ Carla Hall pens an op-ed arguing for the Oscar winners’ “triumphant walk to the stage.”

Whether you win an Oscar for actress in a leading role or for production design, you deserve a few minutes to walk up to the stage, get your Oscar and give your acceptance speech on the show. Chances are you’ve been writing that speech since third grade (who hasn’t?) and dreaming of the truly improbable moment you would be able to give it to an audience watching in person and on TV.

Over at The Hollywood Reporter, the filmmakers behind the Oscar-nominated feature docs got together and discussed the challenges they overcame to make their films.

Though the movies vary wildly in craft and approach, they share something in their choice of subject. “Each of these films is about lives that would typically be made invisible,” said Thomas. “For me, storytelling is really about that, about finding a reality that’s not necessarily my own, but finding a part of me there. And then the circle just keeps expanding, and then my story, their story, becomes our story. And that’s what I find absolutely exciting, dynamic about nonfiction filmmaking.”

From the Archive, December 2021: “Is an Oscar Campaign Worth the Cost for an Independent Documentary?”

Cash-strapped documentary filmmakers often have to make a difficult choice: Do they invest their limited funds in impact strategy and grassroots outreach, which are often crucial to a documentary’s underlying mission? Or should they put their money and energy towards awards campaigns, which can, of course, also lead to consciousness-raising as well as a career boost—though the return on investment is more risky.