Four Decades Worth of IDA Board Alums Gather for Legacy Brunch 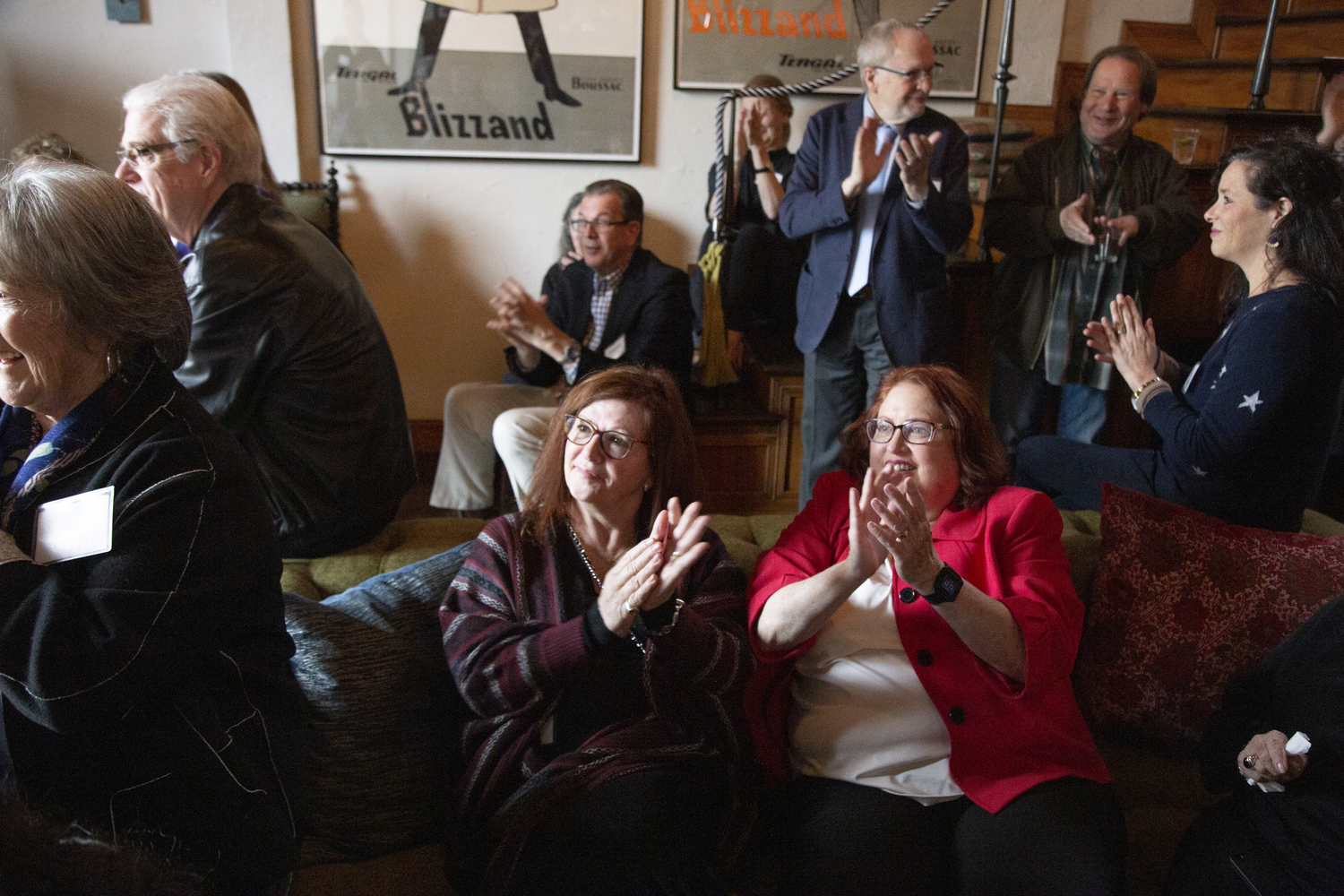 Note the date: February 6, 1982, when, at the instigation of filmmaker and psychotherapist Linda Buzzell, 75 docmakers gathered in Los Angeles for a charter meeting of the International Documentary Association. Its mission coming out of that meeting: “To promote nonfiction film and video, to encourage and celebrate the documentary arts and sciences, and to support the efforts of nonfiction film and video makers all over the world.”

Thirty-seven years later, its mission modified and refined, its programmatic scope greatly expanded, IDA heeds closely to the essence of its original aspirations. To commemorate IDA’s birthday, former Board members, representing four decades worth of hard work, commitment and progress, gathered together last month at the Los Feliz home of Board Vice President Lauren Lexton.

The Board Legacy Brunch, spearheaded by former Board Vice President Laurie Ann Schag, was both a reunion of the founders and their baton bearers and a gathering of different IDAs from different eras meeting for the first time, comparing notes and trading war stories. IDA Executive Director Simon Kilmurry and Board President Kevin Iwashina both graciously thanked the alumns for laying down the legacy for the IDA of the 2010s to continue to expand upon.

A number of past Board Presidents attended the brunch. Harrison Engle, who headed the Board in the 1980s, remarked after the event, “ It was fun for colleagues and friends to catch up on their work and IDAs current activities, and to reflect on our 34-year history of growth and accomplishments in bringing documentaries the prominence and relevance they now enjoy. I think we’re all extremely proud of where the documentary community is today--a creative and vital force for humanity and art and social change.” 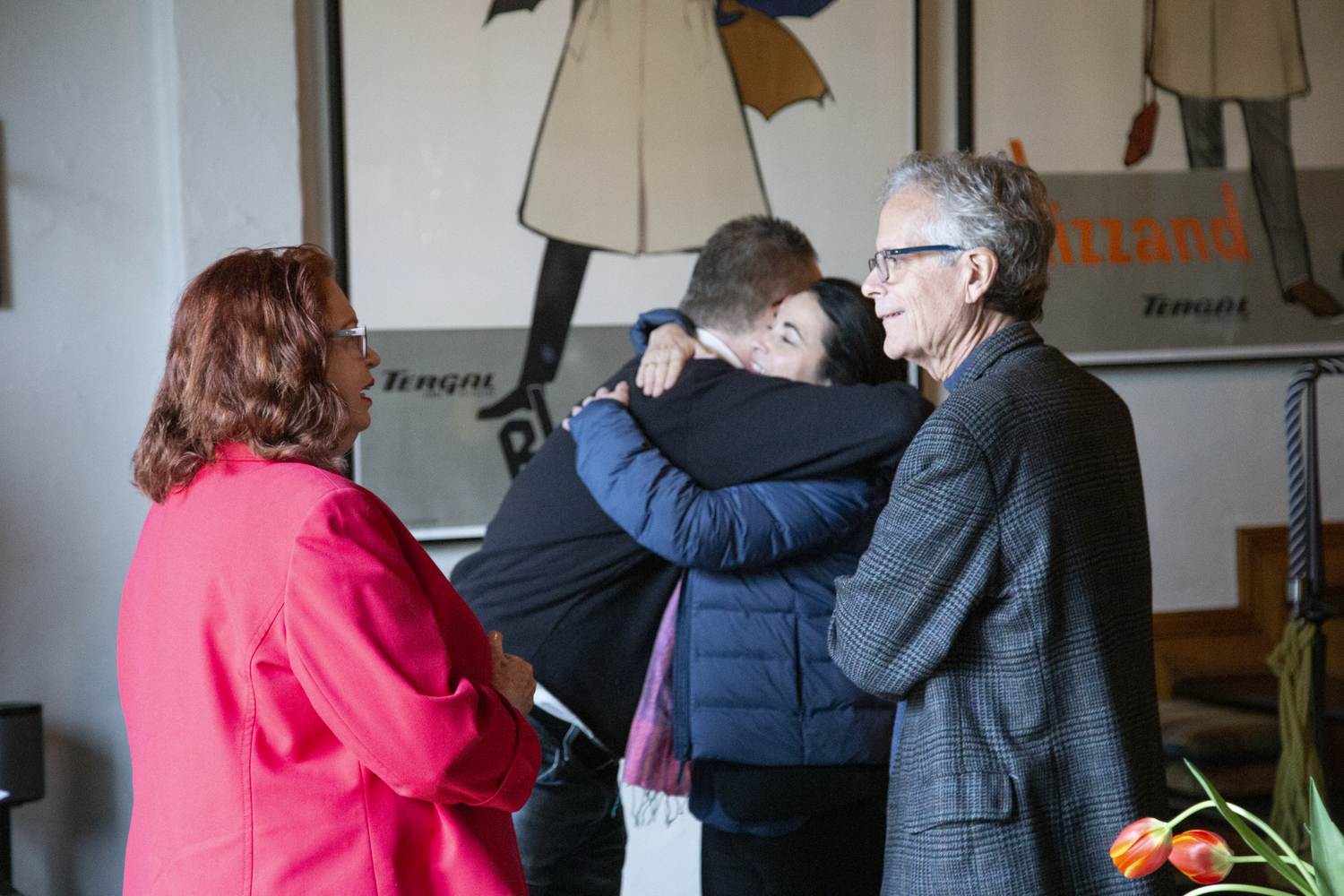 Chiming in for the IDA of the ‘90s, Jon Wilkman noted, “Exchanging stories with representatives of the generations that followed was a reminder of how far IDA has come and the continuing challenges we face.”

Richard Propper, who headed the Board in the 2000s, asserted that “IDA should continue to maintain its relationship to the Board alums. We are a unique group that enjoys the people and events that make the IDA a wonderful organization. It is like a family.”

And bringing it all to the present, Marjan Safinia, who reigned from 2012-2016, reflected, “I was struck by how warm the room felt. While some of us were meeting for the first time, we had long shared a common passion, and the work that IDA has carried through the decades has remained centered on this true passion for documentary among its generations of leaders. In the end, the mission of the work is so much greater than any individual, and that’s just as it should be in any healthy organization. It was comforting to see how far we’ve come, but also to remember how evergreen the core mission to serve documentary filmmakers has remained. As the French would say, ‘Plus ça change, plus c’est la même chose!’”

So, a hearty thanks to Linda Buzzell for having the temerity to launch IDA in the first place and raise the bar for the rest of us to aspire to reach in the decades that have followed.

END_OF_DOCUMENT_TOKEN_TO_BE_REPLACED

The Origins of the IDA: Organization Founded to Promote, Support and Celebrate the Documentary

The Golden Age: IDA Grows Along with the Documentary