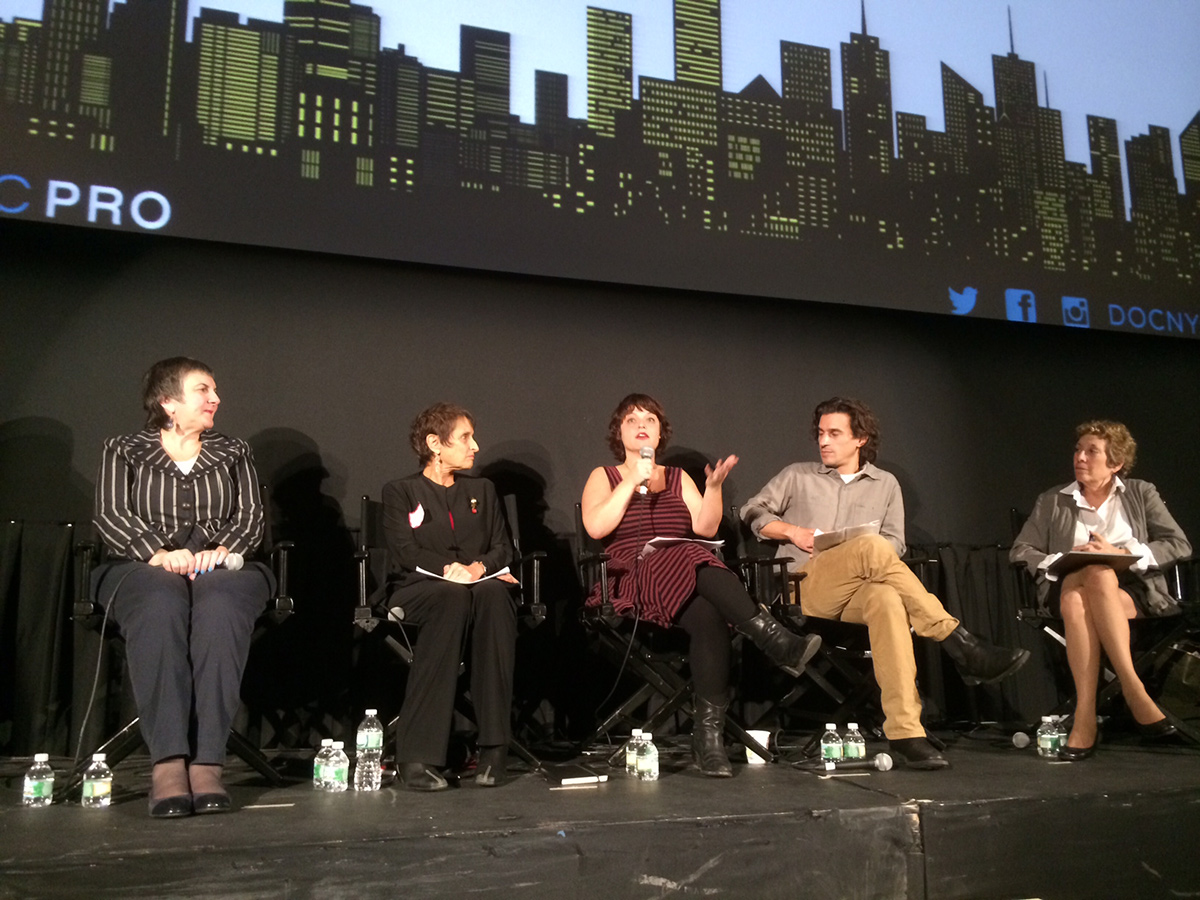 Archival and preservation issues took center stage at DOC NYC on Tuesday, as IDA and the Association of Commercial Stock Image Licensors (ACSIL) co-presented a full day of programming in this important area. Following a keynote address by filmmaker and Schomburg Center motion picture curator Shola Lynch, a series of four panels covered a wide range of topics: Negotiating Rights, Monetize Your Outtakes, Preservation & Archives and Crafting a Story with Archival. Featuring a mix of ACSIL members, veteran doc filmmakers and other experts in the field, the discussions highlighted a diverse range of experiences and perspectives on the issues and exposed both a shared common ground and areas with divergent points of views. In lieu of a blow-by-blow description here, or even a summary of the day’s discussions, the best place to go is the D-Word, which, as always, did an admirable job of onsite reporting and commentary.

What follows are a number of takeaways from the various panel discussions:

One of the common refrains throughout the day was the importance of building relationships; generally speaking, this sentiment referred to the relationships between filmmakers and those who own and license archival material. As a filmmaker, building these relationships might help you when it comes time to negotiate and will likely make archivists more invested in your project.

Filmmaker Penny Lane, for example, said she always made a point while researching archives for her film Our Nixon of asking every librarian at every archive what was her favorite part of the collection. That question would result in one of the archival gems she used in her film. That’s also where archival researchers come in. They are invaluable to your team, not just because of the knowledge they have of archives and footage, but also because of the strength of the relationships they have built over the years. While it may save money to have your interns make initial contact with archives, the more you can have an experienced researcher or producer be the point person for your film, the stronger your relationships with the archives are likely to be.

Relationships are, of course, two-way (or more), so it’s equally important for owners/licensors of archival material to develop strong, meaningful and mutually beneficial relationships with filmmakers; after all, a filmmaker who uses an archive’s footage in his or her award-winning documentary is providing great advertising for that archive. On the Preservation & Archives panel, for example, it was clear that a mutually supportive relationship between filmmaker Catherine Murphy and Matt White, executive director of ACSIL and experienced user of archives himself, has not only benefitted both, but has brought attention to an archive in Cuba that is in desperate need of preservation support.

Another part of the relationships equation is the importance of building strong ties in the field between organizations that represent the interest of filmmakers, such as IDA; doc film festivals like DOC NYC; doc funders; and associations that represent archives, such as ACSIL. If filmmakers can express their common interests through their affiliated groups, then those organizations can more effectively speak to organizations like ACSIL about the issues that are of concern to filmmakers. Likewise, IDA, for example, can more effectively communicate the issues on the minds of the archives back to filmmakers if it continues to develop ongoing, partnerships with archives through such programs as Archival & Survival Day.

After both the Doc Preservation Summit last spring and now Archival & Survival Day, the results are in: the doc community is at a crossroads. Either the community must begin to confront the question of how documentaries can be archived, preserved and made accessible in the long term or else they will be lost to future generations. A few organizations such as the Bay Area Video Coalition (BAVC) are providing some valuable tools and resources, but until more funders and other organizations get involved, there is a long way to go. A set of best practices (or, at least, “better practices”) developed for filmmakers by a consortium of organizations, followed by an ongoing education and promotional campaign, would be good next steps to consider in this area.

At the end of the last panel of the day on Crafting a Story with Archival, a debate burned fast and bright between the panel’s moderator, Karen Shatzkin, an attorney who works with filmmakers on Fair Use claims and other issues, and Matthew White, executive director of ACSIL. For details about the debate, see the RealScreen blog, which gave an accurate account.

The debate brought out in the open an issue that deserves further discussion when it comes to Fair Use. To be clear, what is not (or should not) be in dispute is whether filmmakers can make Fair Use claims for footage in certain, now well established, ways; the courts have ruled that they can. However, what has not been widely discussed in open forums like this one is whether and how much those claims may be impacting archives financially and whether archives perceive a negative impact to their bottom line, even if a proven connection has so far not been made—and, therefore, how Fair Use claims may be inadvertently affecting the relationships between filmmakers and archives discussed above. If filmmakers perceive that their legitimate Fair Use claims may be harming their relationships with archives, then that might have a chilling effect on filmmakers making those claims in the first place. In short, this issue deserves both more study and more dialogue, with the goal of ensuring that Fair Use works to the collective advantage of both filmmakers and archives.

Ken Jacobson is director of educational programs and strategic partnerships at IDA.

END_OF_DOCUMENT_TOKEN_TO_BE_REPLACED

The Rescue and Recovery Mission of Film Preservation

Allison Berg on Why We Should All Budget for Preservation