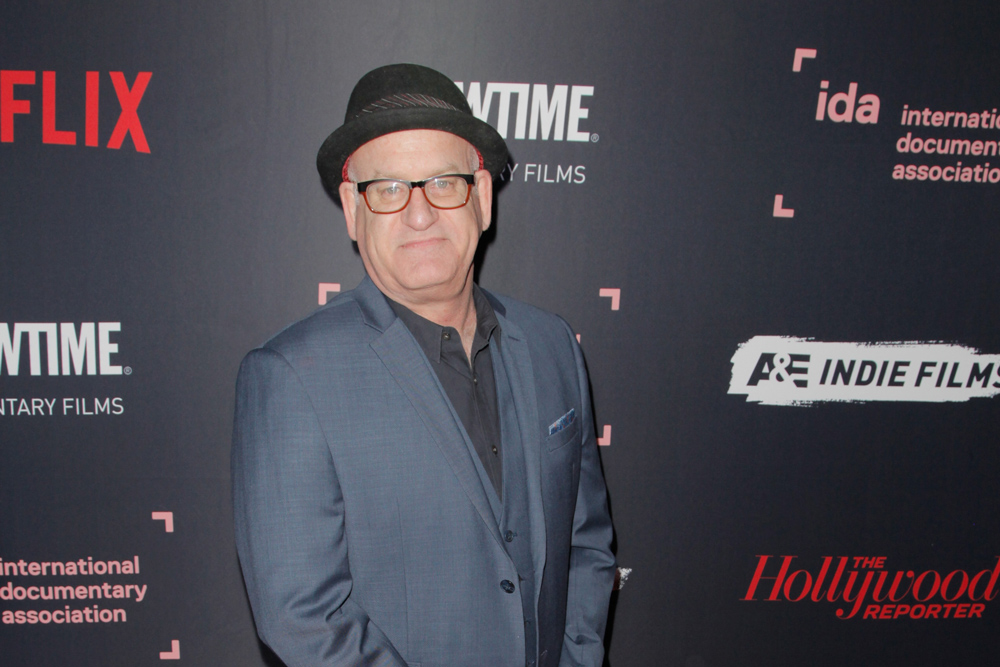 But beyond his prowess as a radio producer—he was the first producer of a KCRW show and he helped make such programs as The Business and Press Play the singular listening experiences they are—and his unflagging energy during pledge drives, he was a passionate advocate for the documentary form. His monthly Matt's Movies screenings—mostly docs—at the Writers Guild Theatre were celebrations. Food trucks would line up on Doheny, the craft beer would flow, and he would hold court in the lobby like the hippest cinema studies professor on campus. And then the lights would dim, he'd mount the stage and he'd introduce the film, in his signature blessing and benediction. And the Q&As that would follow—always witty, always provocative—left you with the full-bodied feeling of what an evening of art, enabled by a genial baedeker like Matt, could do.

And Matt was a friend to so many of us at IDA. He would moderate evening-length conversations with the likes of DA Pennebaker and Chris Hegedus and Eugene Jarecki, and he was a frequent on-stage presence at DocuDay LA and the IDA Documentary Screening Series. And he did this all with class, poise, grace, charm and an exceptionally sharp wit.

Matt was a seeker, and he sought us out for advice on a podcast he was developing about documentaries. But it wasn't just about documentaries. He wanted to go deeper behind the scenes, teasing out the stories behind the stories. He had actually tested out this idea before, on the KCRW show Unfictional. His examination of Steve James and Peter Gilbert's At the Death House Door caught our attention at IDA, and we posted the episode, "Ministry of Presence," on our website. From this idea, he developed his podcast The Document, which he described as "what would happen if radio and documentary got together and had a baby."

Matt and his producers, Mike Schlitt, Sara Pellegrini and Brigid Kelly, would meet with us at our offices to share ideas for docs that would make for good podcast material for The Document. We would debate the intricacies of docmaking we thought would be worthy of deeper dives. In The Document, Matt would take listeners on journeys through the unexamined nooks and crannies of both acclaimed docs like Three Identical Strangers, Free Solo, Minding the Gap and Last Men in Aleppo, and lesser-known gems like Spettacolo and Gabriel and the Mountain. Given his deep knowledge of the history of the form, he'd dig out such classics as General Idi Amin Dada: A Self Portrait, Gimme Shelter and The Endless Summer and find something fresh and exciting to share about each of those films.

It's one thing to see a documentary in a theater (or, these days, online), but to listen to it, as Matt and his team compelled us to do, is to discover a documentary's inner wiring, its neural infrastructure, its synapses, its heart and soul. He would coax out of each filmmaker he interviewed the ethical quandaries, the risks and the angst that every artist endures to bring their work to fruition. Each episode of The Document would drive you to revisit a documentary that you thought you knew so well, and seeing it, after listening to it, ushered in a whole new experience.

And, it is thanks to Matt's passionate advocacy that IDA started honoring podcasts at the IDA Documentary Awards and presenting sessions on audio documentary at Getting Real.

We at IDA treasure our partnerships—indeed, they’re indispensable. Our relationship, nay friendship, with Matt and his cohorts at KCRW was an adventure into new possibilities for the art form we all embrace. Matt was our genial sherpa into new frontiers of seeing and deep listening. He'll be missed, but he leaves a passionate and indelible legacy. Listen here to some of the wonderful stories he has left us with.

END_OF_DOCUMENT_TOKEN_TO_BE_REPLACED

Guest Post from KCRW's Matt Holzman: From 'At The Death House Door' to 'Ministry of Presence'

WATCH: What It Was Like To Film Stephen Sondheim