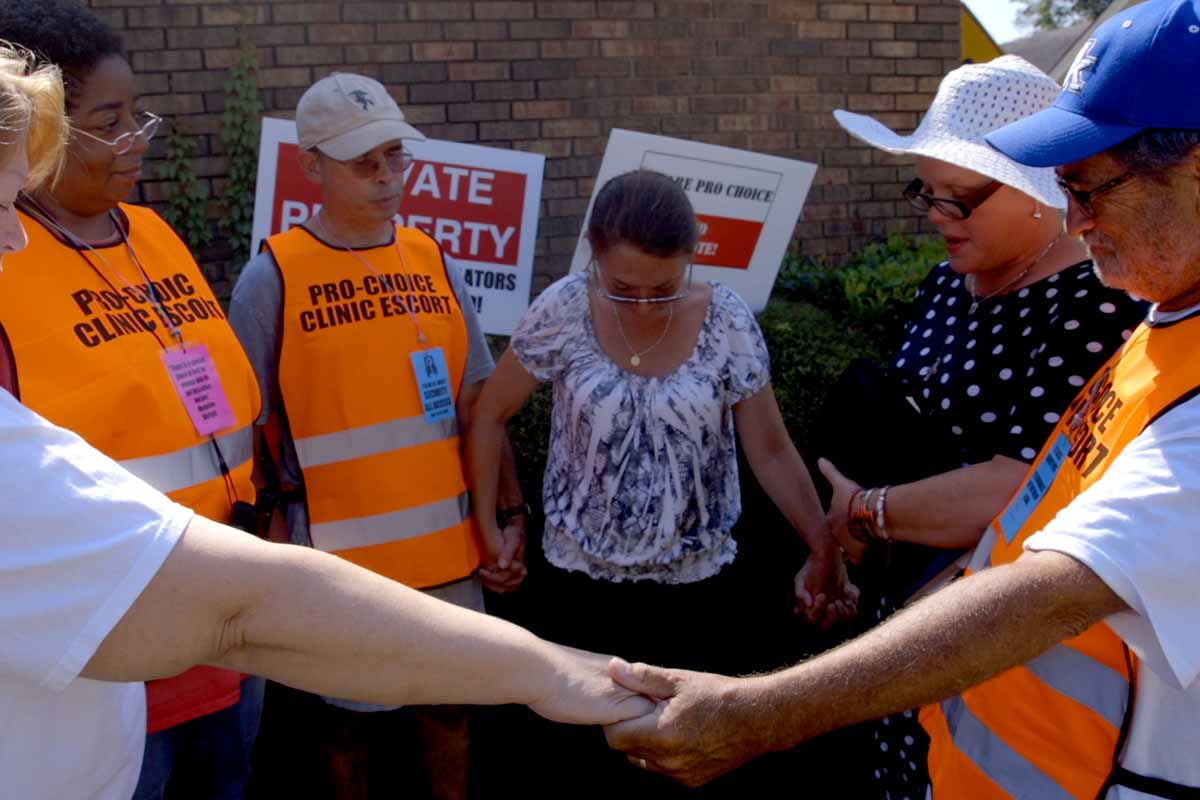 At IDA, we believe in championing stories that are about protecting people’s freedoms—be it someone’s sexuality, their decision to give birth (or not), or their decision to marry their partner of choice. The last 24 hours have been harrowing for us, as they should’ve been for anyone who believes in human rights. With the leaked draft of a Supreme Court majority opinion calling for the overturning of Roe v. Wade, this week’s Screen Time is dedicated to the organizations and staff who have worked tirelessly to ensure safe and legal abortions for women who seek them.

Rachel Grady and Heidi Ewing’s 12th & Delaware was released in 2010. It is set in Fort Pierce, Florida, on a street with a crisis pregnancy center on side and an abortion clinic on the other. Filmed over a year, the documentary includes interviews with staff members of both organizations, and the women who go to them. Watch the film on HBO to see how little things have changed in America, especially when it comes to reproductive justice.

Martha Shane and Lana Wilson’s 2013 documentary, After Tiller honors the legacy of Dr. George Tiller, the medical director of Women's Health Care Services who was murdered by an anti-abortion extremist. The film follows and documents four doctors who risk their lives to serve patients who want late-term abortions. The documentary, an IDA Pare Lorentz Documentary Fund grantee, won the News and Documentary Emmy Award for Best Documentary in 2015, and is available to stream on Vimeo.

Maya Cueva and Leah Galant’s The Provider is a short documentary that documents how fast-disappearing abortion clinics have put growing pressure on healthcare workers. The film follows Dr. Shannon Carr, who travels from New Mexico to Dallas to perform abortions, risking her life and arrest. You can stream it on Vimeo.

Trapped, by Dawn Porter, premiered at the 2016 Sundance Film Festival, where it won a Special Jury Award for Social Impact Filmmaking. The film is about TRAP (Targeted Regulations of Abortion Providers) laws that are passed by American conservative state legislatures, and how abortion clinics have contested them in courts. Trapped speaks to people who keep fighting to keep abortion safe and legal for millions of American women. The film can be watched on Amazon.

Young Lakota takes us to South Dakota’s Pine Ridge Reservation, where Cecelia Fire Thunder, the first female president of the Oglala Lakota, counters a South Dakota law that makes abortion a crime—making no exceptions for rape or incest. What emerges is a community that stands divided over her activism. The film, directed by ​​​​Marion Lipschutz, Rose Rosenblatt, and Heather Rae, is available on Kanopy.

Nick Sweeney’s AKA Jane Roe profiles Norma McCorvey, the real "Jane Roe," whose unwanted pregnancy led to the 1973 case that legalized abortion in the US. Filmed as a "deathbed confession," the film documents McCorvey’s complicated relationship with the pro-choice movement and charts how she became an anti-abortion activist in later years. The film is available to stream on Hulu.

Ricki Stern and Anne Sundberg’s Reversing Roe provides a historical context for the Roe v. Wade decision, which has proven to be one of the most divisive issues of our times, and a lightning rod for conservatives who want to rob people of their bodily autonomy. You can watch the film on Netflix.