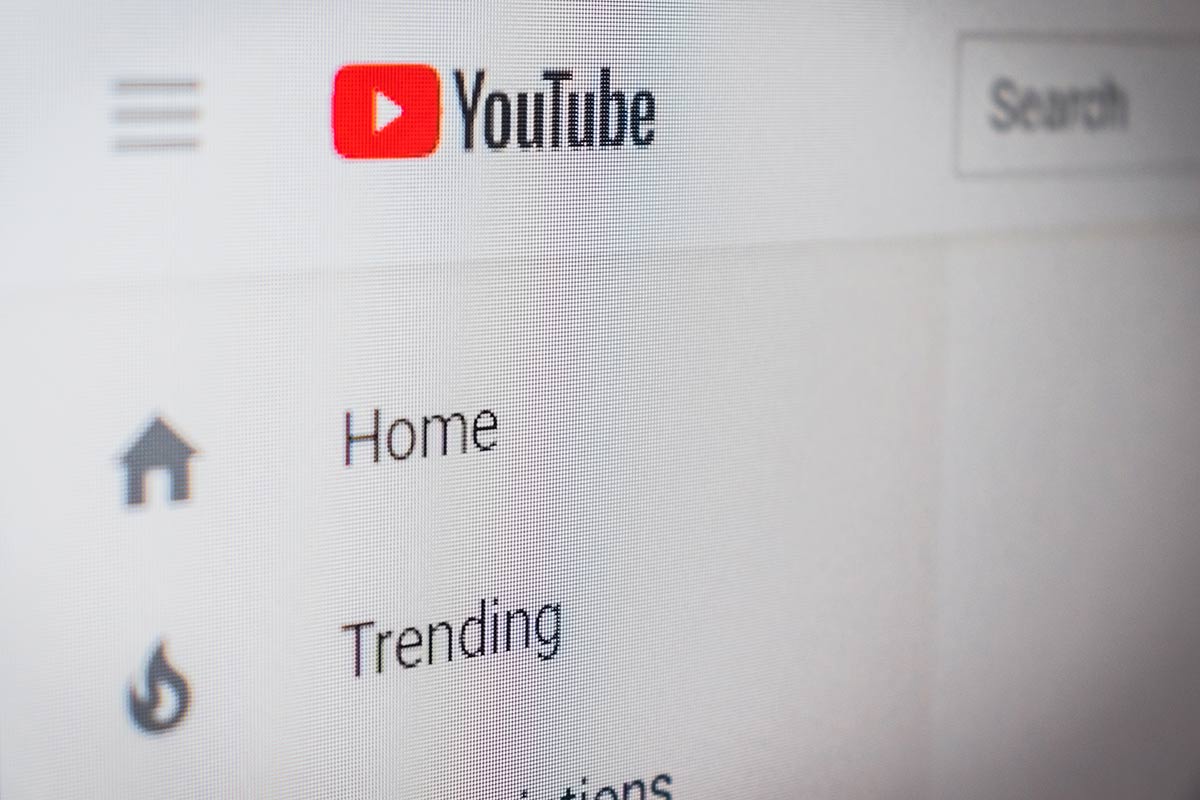 It's tempting to take photos and excerpts of clips from seemingly non-professional sources that have been uploaded to YouTube and other internet sites, and use them in a documentary under the aegis of fair use. But is it legal?

As usual, the answer isn’t simple and depends largely on the nature of the clip, how much you're using, the purpose of your use, and to a degree, where the clip originally came from. Legality is not a given, even if the material has gone viral and other news organizations seem to be helping themselves without asking permission or paying a fee. Two case decisions that relate to political subject matter illustrate the pitfalls.

The legality of a YouTube borrowing arose earlier this year in a lawsuit over an evening news broadcast made by station WHEC in Rochester, New York. The clip in question was a video montage of audio recordings and shots of "18-year-old first-time voters" attending a high school in Rochester. In the montage, the students spoke of their enthusiasm for voting, their "participation in government" class, how they prepared to vote, classroom debates, a schoolwide mock election and the like. It was created by a college sophomore named Boris Shirman, who claimed in his legal complaint to be "in the business of licensing his photographs and videos to online and print media for a fee."

On the night before the 2016 presidential election, WHEC used a portion of the video in a report on its evening news broadcast. The report opened with "You’ll probably never forget the first time you voted," and took eight seconds of audio and picture from Shirman's video and then 15 seconds of picture over which the anchor spoke, including a credit for Shirman as producer. No consent was obtained from Shirman, the owner of copyright.

When Shirman sued for copyright infringement, WHEC moved to dismiss the claim at an early stage of proceedings, asserting a fair use defense. A federal judge, however, denied the motion on several grounds, thereby clearing a path to more litigation and potentially a trial, with all of the expense, uncertainty and effort that would entail for the TV station.

In evaluating fair use, the court first applied the "transformative" test, one of four tests typically used in a fair use analysis. The station unsuccessfully argued that Shirman’s video focused on "feelings" experienced by the students, while WHEC's use focused on political issues and the fact that the video was created by "an up-and-coming" photojournalist. The court held that the broadcast "could be reasonably viewed as a mere summary of the contents of Shirman’s video," which would not be transformative because the use would be intended "for the same purposes as the original"—i.e., "reporting on how these students prepared for the election and what issues they care about." Further, evidence showed that the purpose of the report was to share the contents of Shirman's video, not its creation. The court concluded that WHEC did not self-evidently create "new information, new aesthetics, new insights and understandings" in its use of the clip—which would have made it transformative as a matter of law—and the question of whether the use was or wasn't transformative needed to be reserved for further proceedings.

That Shirman's video conveyed factual information about the students weighed somewhat in WHEC's favor, because copyright does not protect against unlicensed use of facts. But more importantly in the court's analysis, WHEC’s appropriation of the "heart" of Shirman's video weighed against fair use. So did the fact that a substantial portion of WHEC's broadcast was a repackaged version of Shirman's video, which evidenced "the qualitative value of the copied material."

Finally, the court expressed concern that "simply using Shirman's video in an arguably non-transformative manner" would "adversely impact the potential market for Shirman’s work." In other words, his status as a professional who customarily licensed his work to news organizations for a fee could undercut fair use too.

Another court came to a similar conclusion in a case involving a photo of President Trump crashing a wedding at the Trump National Golf Club, which was shot by a wedding guest for “personal use.” The guest shared the photo with another guest and within hours it was published on Instagram. By the following day, the photo had gone viral, appearing on TMZ, CNN and in The Washington Post and the Daily Mail. Esquire.com, published by Hearst, which was the defendant in this lawsuit, used the photo without asking permission from the owner of copyright.

While acknowledging that the photo depicted a newsworthy event, the court rejected fair use on two principal grounds. First, the use did not "transform" the photo’s purpose or add new meaning. The photographer's intention was "to document an important memory and newsworthy event," as was Hearst's in its online article. That the photo was "created for personal use and Hearst used it for news" was not a persuasive transformation. Moreover, the photo itself was not discussed in the article, which did "little more than describe the setting of the image."

Second, notwithstanding that the photographer planned to use the photo "for personal, rather than commercial purposes," publishing the photo without permission "essentially destroy[ed] the primary market for its use." The photographer had the right to try to sell the photo to media outlets—where there was "indeed a market"—if he wanted to.

Further, the court observed that the First Amendment confers on the news media no categorical privilege to "poach" photos from social media accounts, even if they substantiate a story's content. The use still had to fit within the fair use defense.

Both these cases should wave several red flags for documentary makers who consider the legality of using a photo, a clip or other material from YouTube or another online site that seem to come from non-professionals. First, "transformativeness" is difficult if not impossible to demonstrate if the purpose of the borrowing is close to the intended purpose of the original work. Second, taking the best part—the "heart"—of someone else's work, which is often the most tempting part, is hardly ever going to support fair use. (Still photographs in particular do not lend themselves to fair use treatment because the "heart," if not the entirety, is almost always appropriated.) Third, using others' material in a proportionally lengthy part of the borrower’s work, is not wise. Fourth, notwithstanding that the source seems to be non-professional, if the borrowed material has commercial value and can be licensed for a fee, then courts may take that heavily into account—particularly when the use isn't transformative.

What Key Factors Should be Considered When Evaluating Oversees Incentives for Documentary Productions?

As the international marketplace for documentary films continues to expand, foreign governments are seizing the opportunity to attract international productions in their respective territories. There are a number of key factors for US producers to consider, however, when evaluating such production incentives.

The paramount objective of virtually every production incentive program is to stimulate economic activity through job creation and the purchase of goods and services such as lumber, hardware, costumes, dry cleaning, set constructions, food and lodging. As an additional benefit, film commissions try to leverage their incentive programs to train local hires in production crafts. And through the distribution of these projects, governments aspire to showcase the native beauty of their locations and encourage tourism (and the businesses that cater to it).

Production incentive programs vary significantly, so a careful comparison is essential in selecting the most suitable program and location. Assuming the program under review applies to documentary productions (which is not always the case), the producer should closely examine the specific details of each incentive.

The most common production incentive programs offer cash rebates equal to a percentage of qualifying local expenditures, or else tax incentives in which the production company receives a credit or payments after filing a tax return. Given the competition among countries to attract productions, incentive payment can range from 20 percent to 50 percent of qualifying local expenditures in certain jurisdictions (e.g., Canada, Colombia, Fiji). The production company, however, must satisfy a set of conditions to participate.

Every incentive program requires producers to spend a minimum amount of qualified production expenditures. For example, to qualify for Russia’s new incentive program for documentary films and nonfiction series, a production must spend at least $60,000.00 within the country.

A second common condition is that the qualifying production must hire local workers to the crew. In those instances, producers will need to assess the level of skill and experience of the local crew members. Scarcity of qualified production labor can be a critical problem in territories that are just getting started as production centers, as well as locations that are exceptionally busy due to their historical success.

A third common requirement of international incentive programs is "cultural eligibility." Tests for this vary, but often require a level of local content (actors, director, locations, etc.) or cultural values. Documentaries that are critical of government leaders or practices may have difficulty qualifying for some incentives.

Beyond the specific program mandates, documentary producers may want to consider factors such as the prevailing weather and the current exchange rate, which can either drain a budget or contribute to additional savings. Finally, international producers must carefully evaluate the economic and business components of each program. In almost every instance, the payment of the production incentive is contingent on a detailed audit following production that confirms the extent of local expenditures. These audits take time to process, and delay often requires producers to cash flow their productions through a bank or another financing entity. Those institutions, however, must have complete confidence in the integrity of the sponsoring country and program before loaning vital funds. Can the governing commission be relied on to process the audit and pay the incentive monies on a timely basis? An incentive program that is fraught with political risk is destined to fail, regardless of the amount of the projected rebate.

It can take years to iron out all of the wrinkles in an incentive program. This is why user-friendly, turnkey production programs, combined with experienced local production services, will attract top-tier productions.