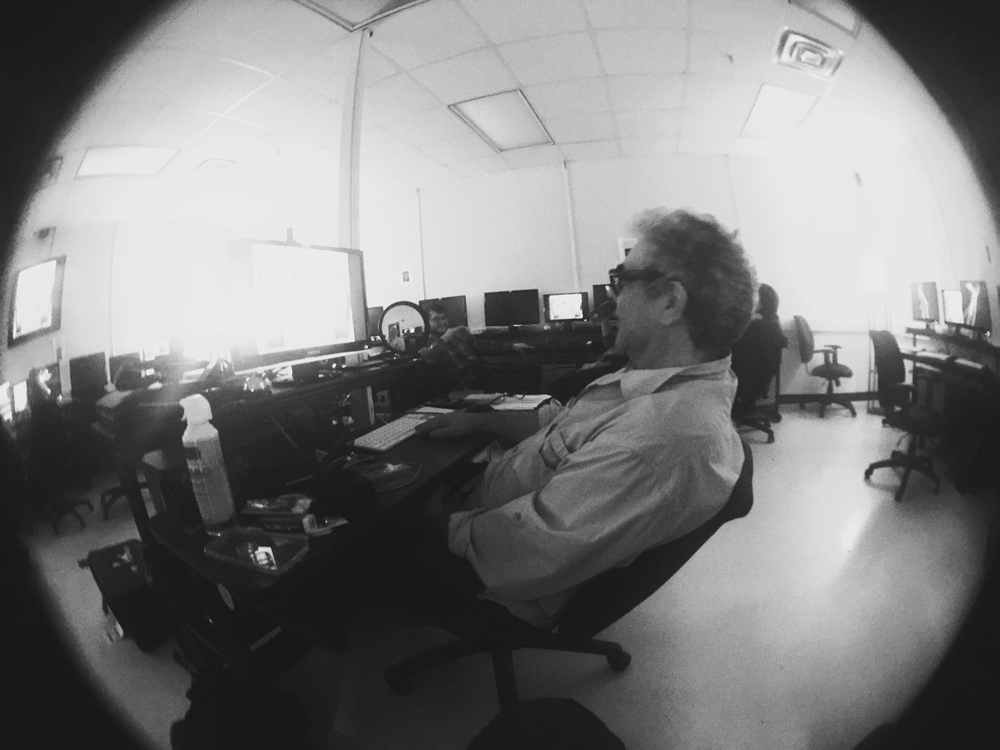 The current pandemic has accelerated educators into the virtual world. For better or worse, a good number of us have turned to technology to solve the problems inherent with conducting classes and exchanging information without personal proximity or physical contact with our students (not that THAT was encouraged in the first place). We have been forced inward, and in the process of retreating from our students, friends, neighbors and colleagues, the pause button has been pressed as we reexamine how we conduct ourselves, our business, and our involvement with our students and the world around us.

Although online teaching has been in existence for over three decades, the recent shift to mandatory online education for all has forced educators to reinvent themselves and the ways that they teach. Documentary reached out to several documentary instructors, all with varying degrees of online teaching experience, to find out how they and their students were adjusting to this recent pedagogical adjustment, and its possible impact on the future of teaching.

“I think it’s always important to reevaluate how you teach,” explains Bart Weiss, documentarian and instructor from the University of Texas at Arlington. “In filmmaking a lot of that is about learning how to see what’s in front of you. How do you find what’s interesting? It’s just a matter of how you can work with your students. Don’t get hung-up on what equipment they don’t have access to, but instead think about the educational issues at a given point and what tools are available to help you achieve that [lesson]. I think crisis always brings out creativity in people. There will always be a way to make this work.”

“I’m worried about all academic institutions’ financial viability,” says Lisa Leeman, herself a documentarian, former IDA Board President, and professor at the University of Southern California School of Cinematic Arts. “I find myself turning back to history to try and understand the present moment because it’s just very hard to wrap your head around what’s going on right now. And so I find myself researching the 1918 Influenza Pandemic, which was the most devastating epidemic in recorded world history, and how academia was affected by the Great Depression; I’ve learned a lot. USC sent out a general e-blast—it’s not a secret—in which they posted that they’re trying to avoid furloughs, but that’s scary to hear about. I think that would apply to everyone [tenured or adjunct]. I just don’t know. That’s what’s hard—none of us really know.”

The midstream shift to online education calls into question the academic promises and fiscal responsibility of schools to their students, many of whom now are not getting the education they signed up for. Student retention is always a concern, and it is even more so now that students, who value on-the-ground classes and a sense of community with fellow students, may be feeling short-changed and increasingly isolated while the stay-at-home edicts remain in play. 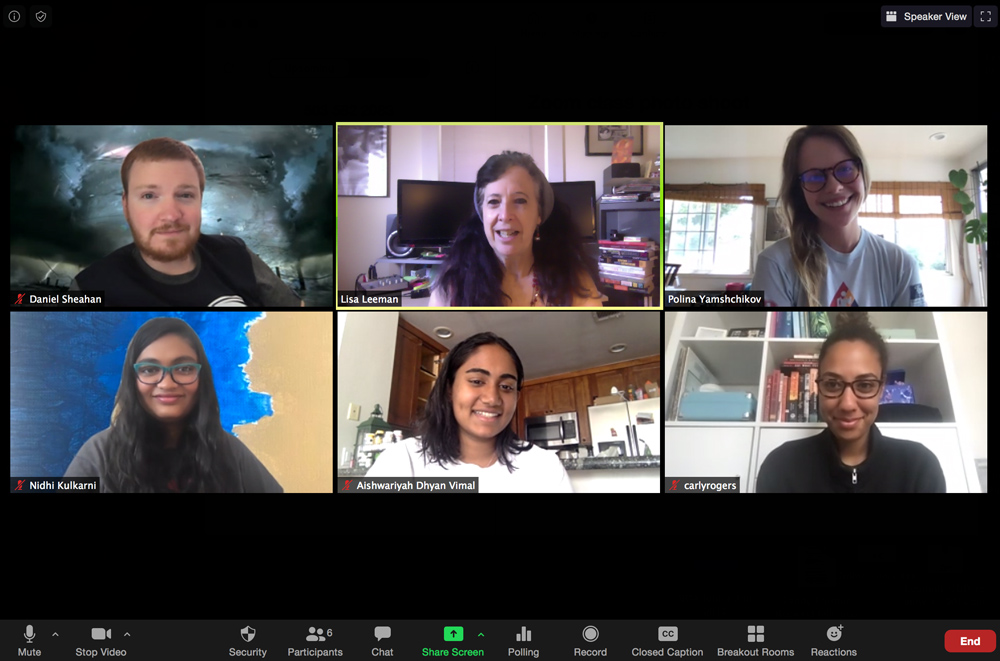 But how much attention was being paid to the current state of education even before the onset of this pandemic? When asked to comment about this, Betsy McLane, PhD., author of A New History of Documentary, had this to say:  “Academia has fallen into such disrepair and horrifying politics and lack of money and high tuition, and in my opinion it’s a morass; students are not—except for at a very few schools—they’re not getting an adequate education; they’re being cheated. With almost all schools in this country, 40 to 50 percent of the instructors are adjunct, so what students get are teachers who are not on campus for advising, for creating a colloquial environment, for just being with them to having office hours to answer questions, to all the things that certainly made for a quality education when I was a student.”

“My real worry is not now,” opines Weiss. “My real worry is next year, and it’s not just how I’m going to teach when I have to start from nothing. I really am worried that there’s going to be [an even wider] divide between the private, well-funded universities and the public universities. I think that most public universities are going to want to have a lot of online classes, and I can imagine the state legislature getting back into session and saying, ‘You guys did such a great job with that online stuff; we don’t need to pay for all this other stuff,’ and I think they will try to trim down [the budget for education]. Most of them are anti-intellectuals anyway; they think we’re just a bunch of eggheads, and they shouldn’t be funding us in the first place. But I think institutions like Harvard and other Ivy League schools and well-funded universities, they will still mostly have face-to-face classes. I think that everything will be a hybrid and there will be more online material, and I think we need to be clear on the lessons that need to be face-to-face and find a space for that to happen.” 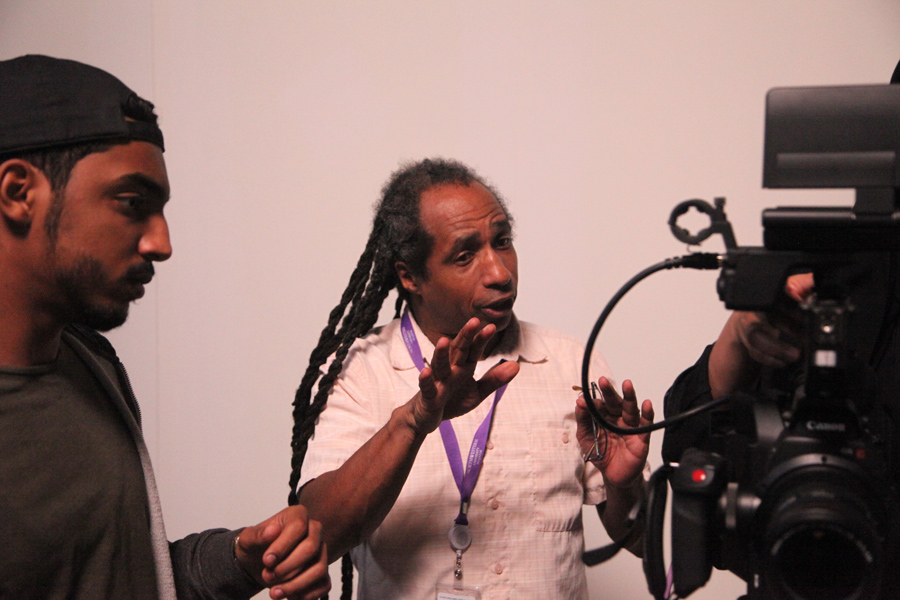 Of the educators interviewed, Marco Williams of Northwestern University was not actively teaching at the Evanston campus when the pandemic hit, but in his role now as a mentor and advisor (both online and on the phone), he pointed out something that was echoed by the other instructors: “Here’s the thing that all of the students are expressing from a student perspective: For the seniors that were on campus, there are a significant number of events that occur—graduation, screening of student films, senior dinners, senior awards—none of that is happening, and so there’s something that’s being taken away with no explicit replacement other than to say we hope to have something happening, you know, three months from now. And I will say this: At the Northwestern campus in Doha [Qatar, in the Persian Gulf], we’re being asked to think about and effectively start to prepare for the possibility of teaching online in the fall. And who knows what’s going to happen? Some of this is motivated by the leadership of the country—it’s an autocratic country—but it also reflects the reality that there may be some international students that won’t be able to get into the country. So I don’t get a sense that the [international and national] campuses want to go to remote learning permanently. Actually, some of the US campuses would go broke, especially if they couldn’t have football, which cuts out the $30 or $50 million dollars that each of the Big Ten schools or Pac-12 would be getting.”

Within the teaching community, the unity and support of instructors through social media sites and online conferencing has been one of the positive results from this recent paradigm shift. As Leeman points out, “I’ve been impressed by how the [filmmaking/teaching] community has banded together. There’s a Facebook group that started really early. It was initially called something like Shifting to Teaching Film Online [Teaching Film, Media, Screenwriting & Production Online for COVID-19], and it is a bunch of media educators who are all crowd-sourcing ideas and strategies and information. It’s just wonderful.

“It’s one thing to understand how to use the technology effectively, but learning the pedagogy of teaching online, well, people get degrees in it,” Leeman continues. “We’re all scrambling. I think we’re doing the best we can, and in some ways the same level of engagement is happening in my classes—the students who spoke up in person speak up now, and the students that didn’t don’t, for the most part, but how do you check in with them during class to make sure they’re engaged? A lot of the times it’s an act of trust. Students have a right to not be on camera, but for teachers, it’s hard to teach to a black tile. I’m trying not to be militant about it, but I want to make sure they’re okay.

“It’s been suggested that we cut our students some slack, but I have no idea what the recipe is between academic rigor and cutting them slack. This is one of the problems: There’s a collective trauma that we’re all experiencing, and as teachers, as educators, we have to be aware of that.”

“Every time something like this happens, you know, innovation happens in a profound way, “ says Weiss. “Theaters and studios are going to have to change the way they do business; the infrastructure is now going to have to shift to new realities. And all of these things would have eventually changed anyway. The pandemic just accelerated that pace.”

Tom Gianakopoulos is a contributing editor at Documentary. In a virtual reality, he also teaches English and Communication (on-line) for American Career College in Los Angeles, where he hopes to one day return with his fellow instructors to teaching on campus.

END_OF_DOCUMENT_TOKEN_TO_BE_REPLACED

Pandora's Dox: Opening the Doors to What It Means to Be Human