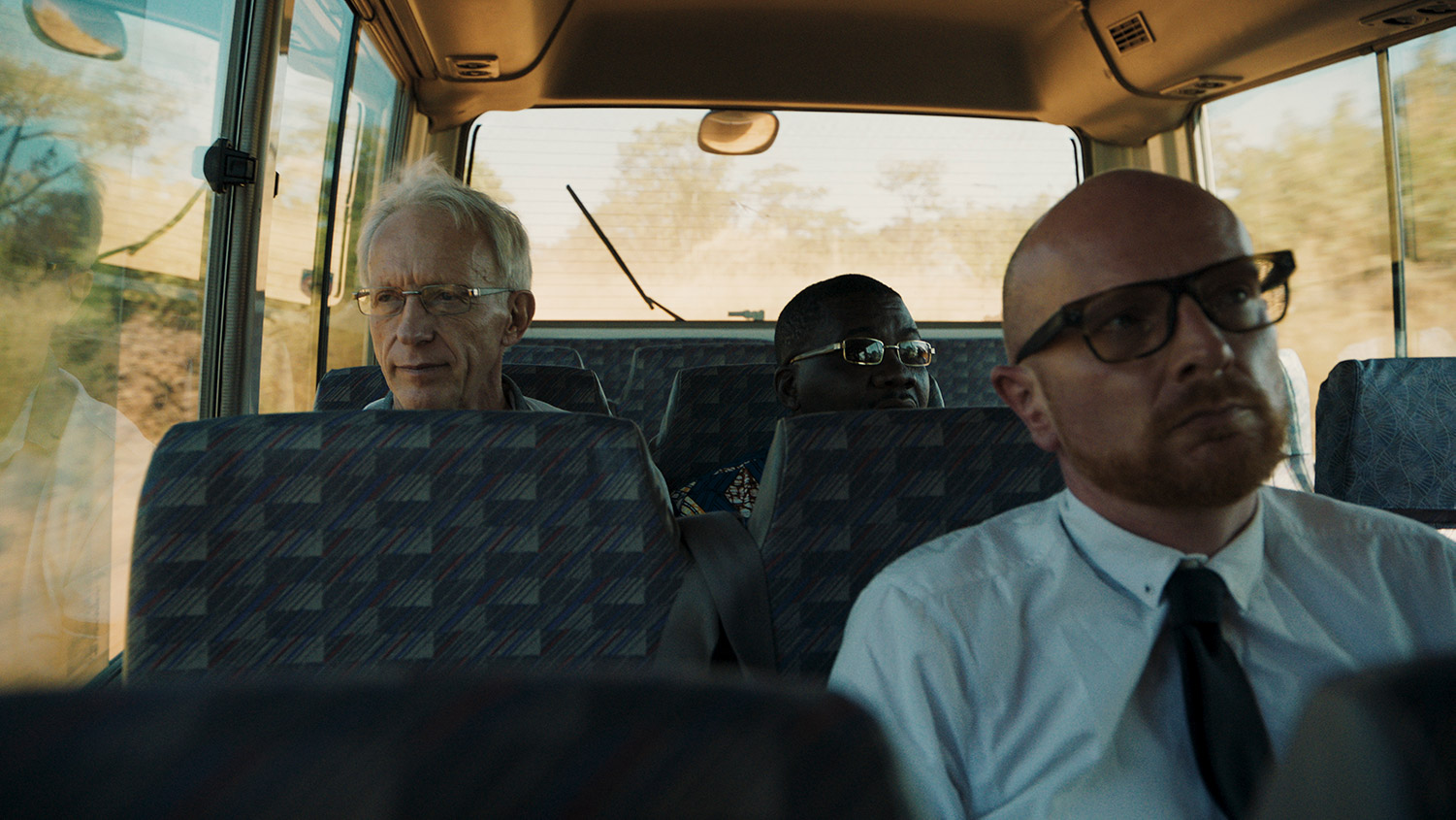 Since I didn’t attend this year’s Sundance, I missed seeing Cold Case Hammarskjöld—the latest surreal offering from the Danish gonzo journalist/filmmaker/radio host/all-around provocateur Mads Brügger—at its debut back in January, when it won the World Cinema Documentary Directing Award. Which, like the film itself, turned out to be a bizarre blessing in disguise. Instead of braving the Park City crowds, I found myself, several months later, serenely watching the mesmerizing (and hilarious) doc—a through-the-looking-glass reexamination of the death of UN Secretary-General Dag Hammarskjöld in a mysterious 1961 plane crash—in Copenhagen, at a private screening (yes, another lucky twist—just for me) while I was in town for CPH:DOX (It’s good to have friends in Danish places.).

And my very first thought upon emerging from the Danish Film Institute’s cozy screening space? Mads Brügger, who’s made a career of putting himself in front of his own lens, would make one heck of a “Doc Star of the Month.” So in a final fortunate break, Documentary caught up with Brügger a week before the film’s August 16th theatrical premiere, through Magnolia Pictures, to get the scoop on this sleuthing tour de force.

DOCUMENTARY: As a filmmaker who always “stars” in your own documentaries, what purpose does being in front of the camera serve for you and your work?

MADS BRÜGGER: It’s a tricky business—and I do have mixed feelings about being onscreen. It can easily backfire. If the film does not play out as you want it to, the blame is on you, in a very visible kind of way.

What I do like about it, though, is the honesty of showing yourself as the director instead of being the proverbial fly on the wall. Also, because I tend to narrate my films, it solves the problem about who the narrator is.

D: In this latest doc, you’re not only the film’s director and protagonist, but also a specific character, a stand-in for the mysterious, Colonel Kurtz-like Commodore Maxwell. How and why did you come up with this conceit?

MB: First of all, as I say in the film, it’s because I only have one confirmed photo of Commodore Maxwell. So a way of visualizing Maxwell was basically to dress up as him.

Also, me being very white—I am the last stop before albino—and then dressing in white is like having a hat with a hat on. And then the scenes in the hotel room with a black African woman— it’s a way to visualize colonialism at play as well as interracial relations. Which is the core of the film.

D: “This could either be the world’s biggest murder mystery or the world’s most idiotic conspiracy theory,” is one of your many hilarious quotes. So how did you keep from falling down the rabbit holes you were digging—especially since you couldn’t turn to an outside directorial POV for guidance? Did you have to rely on your filmmaking team to keep sane?

MB: Having a daytime job at a national Danish public-service talk-radio station, doing something completely different, allowed me to take lengthy pauses from the film. A bit like being in a decompression chamber after deep-sea diving. And then of course talking about our experiences as we went along was a way of staying sane and keeping yourself on track.

But we did have moments of deep despair and frustration. For example, we worked on a multitude of leads that are not in the film. One of the leads was a tip about Dag Hammarskjöld being killed by a group of Romanian assassins who were freelancing for the KGB. According to a source, the Romanians came to the Congo in 1961 and were hiding in a Belgian chocolaterie in Leopoldville. A very colorful story indeed! So we had a Romanian journalist browse through the archives of the Romanian Ministry of Foreign Affairs, only to discover in the end that it was a wild goose chase. At times like this I thought, “Will there ever be a film in this?”

D: You’re a recognizable “provocateur”—indeed, risk-taking is part of your “brand” at this point. But you’re also a serious journalist. Which makes me wonder what behind-the-scenes precautions you actually take. How do you keep safe when pursuing dangerous stories?

MB: I am not a danger tourist, and I am very keen on security. Over time I have discovered two things that work in my favor. One is that evil men have a lot of problems, and dealing with an avant-garde Danish filmmaker will usually not be at the top of their bucket lists. Second, Denmark is a very safe place and far away from dire straits. So in general I feel safe.

D: I believe the UN has reopened its investigation into Hammarskjöld’s death—an inquiry you’ve provided evidence for. So the obvious question is, is there a sequel in the works?

MB: Not at the moment, no. But having become a Dag Hammarskjöld nerd, I follow everything in relation to the case closely. Even though friends and family are tired of me ranting about Dag Hammarskjöld, it is difficult to let it go.

END_OF_DOCUMENT_TOKEN_TO_BE_REPLACED

Gonzo Goes to Africa: Filmmaker/Journalist Mads Brugger Is 'The Ambassador'

Meet the Filmmakers: Lucy Bailey and Andrew Thompson--'Mugabe and the White African'