Documenting the Invisible: 'The Undocumented Everyday' Challenges the Idea of The Other 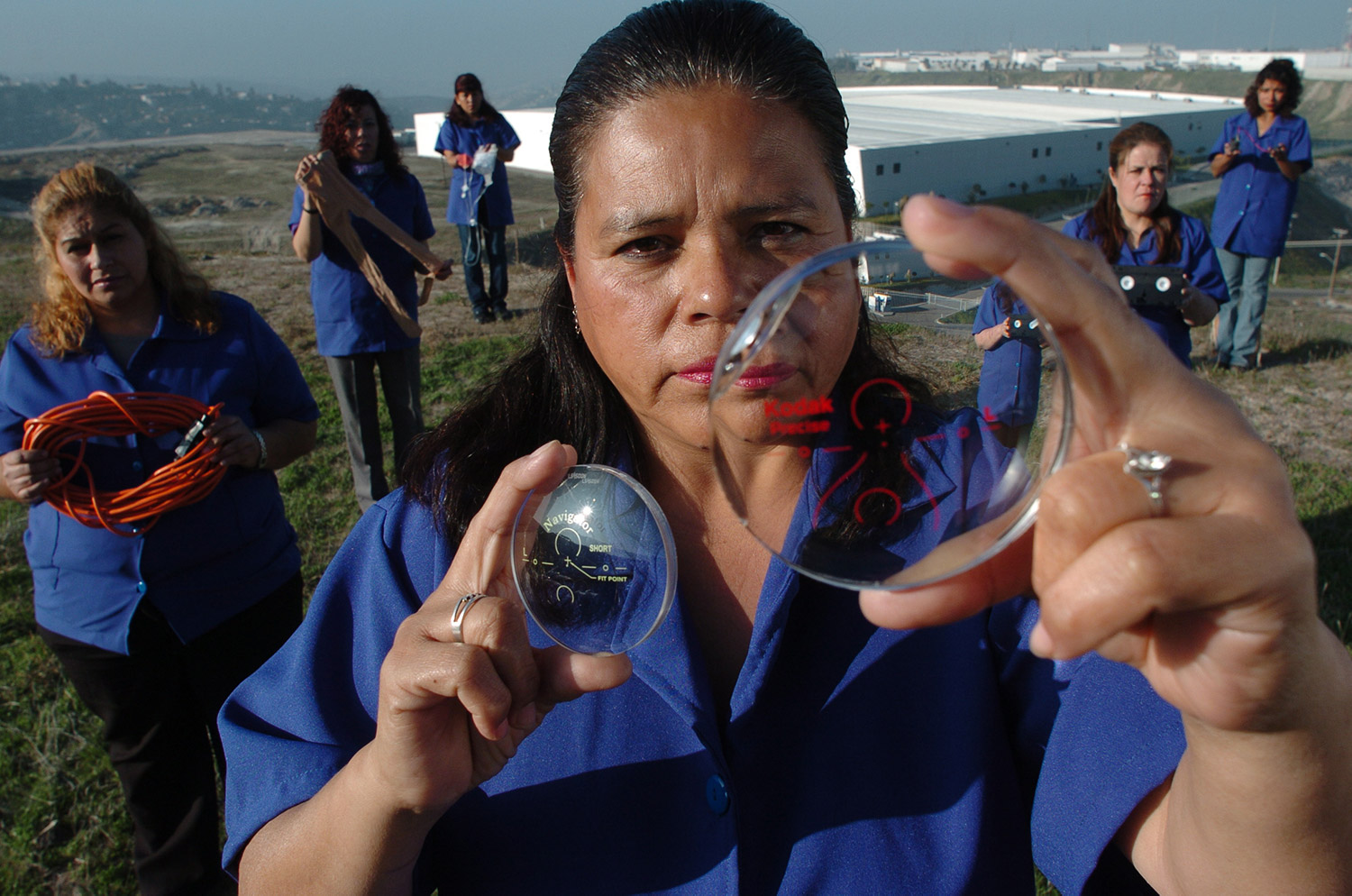 At IDA’s 2018 Getting Real Conference, Brown Girls Doc Mafia, Firelight Media and A-Docs collaborated on a series of panels entitled #Decolonize Docs. The three panels focused on the industry, the filmmakers and the audience, and the discussions yielded an action plan designed to think beyond diversity and visibility; foster inclusion and equity; and create access, within the film community, for marginalized communities. In her book The Undocumented Everyday: Migrant Lives and the Politics of Visibility, Rebecca M. Schreiber, an American Studies professor at University of New Mexico, does an in-depth analysis of the various ways the documentary form has been used by Mexican and Central American immigrants, nonprofit organizations and government entities. As she charts, over a 12-year period, the shifts in who documents, who curates, and who is the viewer, she challenges the neoliberal humanist trope about who is deemed “The Other” and indirectly lays out the reasons why and how documentary can and must be decolonized and democratized.

Divided into three sections of two chapters each, Schreiber offers a detailed breakdown of the historical and economic policies and circumstances that led to the inception of the six projects that she focuses on in her book. And for each project she discusses, she includes a description of the individuals or organizations behind each project; the subjects featured; the content creators; the methodology of collecting the images; who and within what context curation decisions were made; who the stated audience was and if that matched who actually saw the projects; the stated outcomes and the actual results; and the short and or long-term impact, if any.

Part I, “Ordinary Identifications and Unseen America,” highlights two projects coordinated by the Bread and Roses Cultural Project, the cultural arm of the New York Health and Human Service Union, Local 1199. The first project, We See What We Know: Migrant Labor and the Place of Pictures, focuses on a photography project created by Long Island-based Workplace Project (Center de Derechos Laborales), which offers photography classes to day laborers so they can document their everyday lives. The other Bread and Roses project, The Border’s Frame: Between Poughkeepsie and La Cienega, gives undocumented workers living in Poughkeepsie, New York the opportunity to “exchange” photos via exhibition with family members back home in La Cienega, Oaxaca, Mexico.

Part II, “Documentary, Self-Representation, and ‘Collaborations’ in the US-Mexico Borderlands,” examines photography and film projects in which artists collaborate with undocumented individuals. Chapter 3, “Visible Frictions: The Border Film Project and the ‘Spectacle of Surveillance,’” presents an exhibit that endeavors to show “both sides” of the immigration debate by highlighting the similarities between migrant workers crossing the border and the Minuteman, a right-wing militia group known for its anti-immigration stance. Chapter 4, “Refusing Disposability: Representational Strategies in Maquilapolis: City of Factories,” compares two projects that center on women maquiladora workers in Tijuana.

Part III, “Counter-Optics: Disruptions in the Field of the Visible,” highlights what Schreiber describes as counter-documentation, where the gaze shifts from the undocumented or migrant as the object of interest to the harmful impact of the laws and institutions that practice and enforce unfair immigration policies. In other words, those who were being watched turn the camera on the watcher. Chapter 5, “Disappearance and Counter-Spectacle in Sanctuary City/Cuidad Santuario, 1989 to 2009,” examines a multimedia project done in collaboration with local San Francisco artist and activist Sergio De La Torre and Latinx migrants. Chapter 6, “Reconfiguring Documentation: Mobility, Counter-Visibility, and (Un)Documented Activism,” highlights direct action by undocumented youth and adults that challenges and tests the rationale of policies that impact the undocumented.

Many documentarians assume that bringing “visibility” to a group of people ensures that negative beliefs about that group will shift. Schreiber argues that this point of view is rooted in a neoliberal concept that reduces society to individuals and their acts in which they engage; this concept fails to critically examine how racism, classism, and other structural and institutional inequalities play a very real part in the everyday lives of the undocumented. In the case of the Workplace Project, which is discussed in Chapter 1, the day laborers were very visible in their adopted community, to the point where they were subjected to various levels of surveillance in public and private spaces. Public policing activities ranged from being photographed while waiting for work, threats of being reported to what was known as INS at the time, and sometimes direct violence. Surveillance of private spaces included the passage of new ordinances limiting the number of adults that could live in a housing unit. Through photographs, it was hoped that showing day laborers and their families in their day-to-day workplaces as well as interactions with friends and family would “humanize” them to a public that was policing them. The idea of humanizing a group of people to a community that is engaged in dehumanizing acts is fundamentally flawed and, according to Schreiber, does nothing to change policy. Case in point: several of the photographs were displayed in the lobby of the Department of Labor during the George W. Bush Administration, which was advocating for policies that opposed immigrants, a living wage and unions.

Schreiber’s analysis of The Border Film Project illustrates the fallacy of making false equivalences between groups that don’t exercise equal power. For this project, migrant workers and the Minutemen were given disposable cameras to photograph their experiences. The photos that were part of the final exhibition were selected to show the similarities between the two groups. The border issue was framed as a simple difference of opinion. For example, a photo of a Minuteman sleeping in the back of pickup truck was juxtaposed next to a sleeping migrant.

In adopting this approach, Schreiber argues that aspects of the debate are deliberately invisibilized. Migrants were coming to the United States because of the devastating economic consequences of NAFTA. Those who cross the border face not only deportation but also death. Many migrants documented this part of their journey by photographing white crosses that were placed where someone had died. Those who curated the exhibition chose to leave those photos out of the exhibition. Photographs of the Minutemen failed to illustrate the white supremacist leanings many in that group hold. Sometimes, the Minutemen chose to weaponize photography by taking photographs of migrants they had a role in “capturing.” These photos were left out as well, effectively erasing the unequal power dynamics at play.

Chapter 4 is unique in that it features two projects focused on the same group of women. However, one project objectified the women while the second was a true collaboration between the women and the filmmakers. Schreiber’s analysis of Krzysztof Wodiczko’s The Tijuana Project illustrates the problems that can arise when artists from outside of a community are provided with the resources to “collaborate” with people from marginalized communities, and the product of said collaboration is made for consumption by those outside of the community. In interviews about the project, Wodiczko stated that the project was designed to encourage political action by the women. However, providing visibility is not a political act in itself. The women were not provided with filmmaking skills, nor were there any conversations had with them about how they wanted to be presented or what they needed or wanted from the film.

When the crew of Maquilapolis: City of Factories were in development, many of the women did not initially want to participate because of their experience and the outcome of The Tijuana Project. However, the filmmakers went in with the plan of having the women co-author the project. The women who worked in the factories were taught how to film; were provided the tools to create video diaries of which excerpts were used in the film; and worked together to choreograph and perform sequences of the repetitive actions done in the factories in an effort to “re-embody” the movements. The finished product was shown in the United States but also at other factories that were on the border as a means to teach women to unionize and advocate for the enforcement of existing labor laws designed to protect women against sexual harassment and other workplace inequities.

In his work A History of Sexuality: The Will to Knowledge, Michel Foucault states, “Power is everywhere.” Chapters 5 and 6 speak to how artists and activists use the documentary form to turn the camera on the state, show the inhumanity of policies, and reveal contradictions and discrepancies in the implementations of those laws. In Chapter 5, Sanctuary City/Cuidad Santuario project, the written and audio testimony of the migrants drove the narrative, rather than their images. By focusing on the statements of migrants about the harmful impact of policies, Schreiber argues that these disembodied voices and statements create an everyperson quality that acknowledges the universality of the possibility of loss and its impact. The words were also projected against buildings throughout San Francisco. In Chapter 6, Schreiber examines how youth, in particular, use social media including live streams to show what actually happens in detention centers or during an immigration raid. Youth also used video to demonstrate when the government was not following their own rules  Prior to the DREAM Act this included, in theory, not detaining youth who were minors when they were brought to the United States. To push for the DREAM Act, many youths used video to show that immigration officials were not using prosecutorial discretion. Thanks to these videos, youth who were detained unjustly were often released.

Schreiber’s work, although written from the perspective of the undocumented, speaks to a larger shift in the documentary community of artists and activists of color and of other marginalized groups who are not only telling their own stories but creating work that is for audiences that share similar stories of discrimination and oppression.

Toni Bell is the Filmmaker Services Manager at the IDA and a documentary archival researcher. Her work can be seen in several documentaries and TV shows. She is available for archival research and teaches the seminar "Archival Research 101." Email: tbdocresearch@gmail.com Twitter: @TBCello Instagram @tonikalib