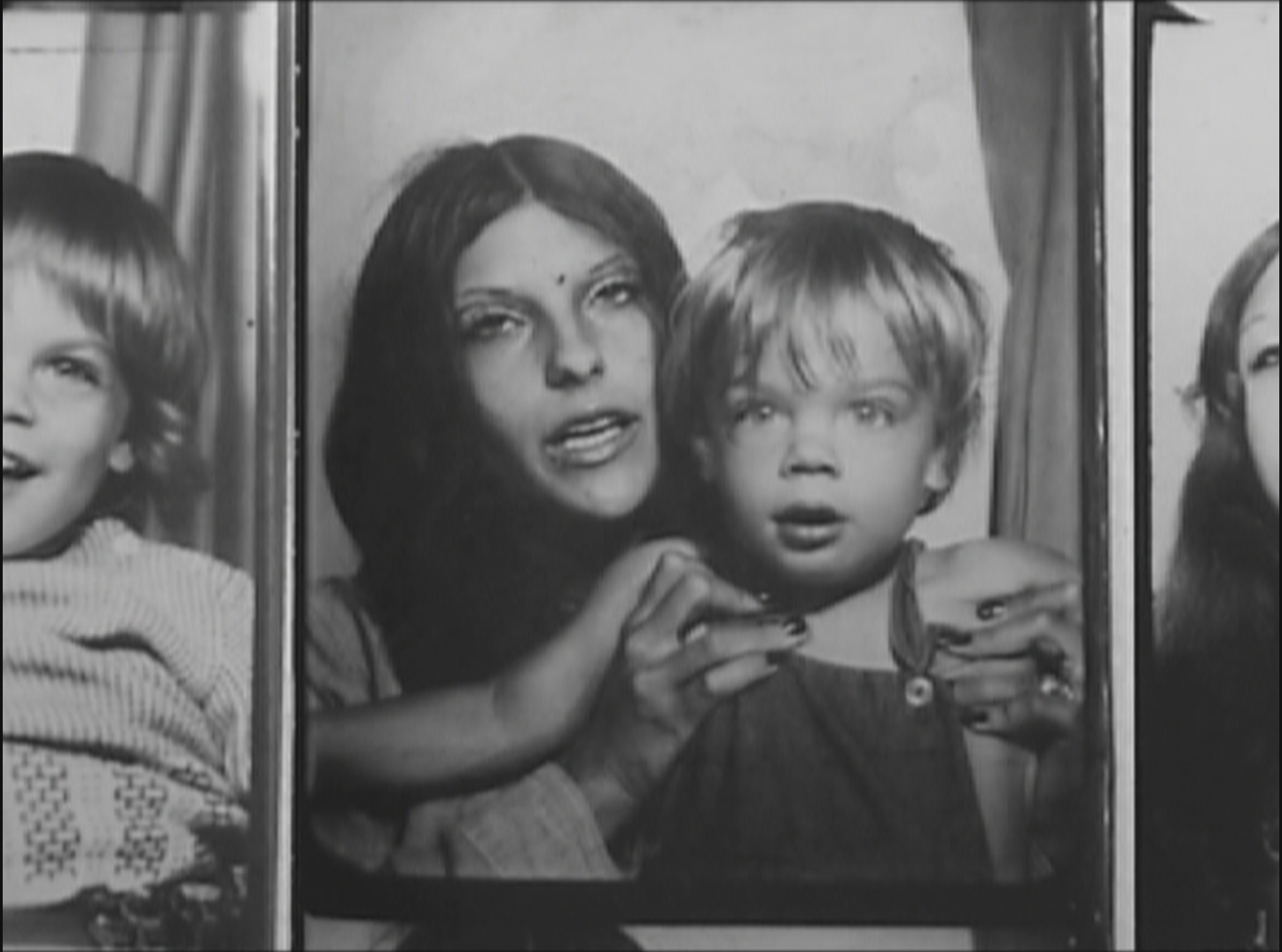 It was around 2005 and I stared at the TV screen in my parent's living room in awe. The credits for Tarnation—directed, produced, and edited by Jonathan Caouette, and executive-produced by John Cameron Mitchell and Gus Van Sant—rolled over black. The film’s experimental form felt like a fever dream—or nightmare. Made almost entirely out of archival photos, home videos, and first-person camera work edited on iMovie, Tarnation is Caouette’s autobiographical journey through the madness surrounding him and his profound love for his mentally ill mother, Renee Le Blanc—and a deeply personal portrait of art, mental illness, queerness, and the complexity of family. It is a masterclass for interior personal filmmaking, character development, and radical forgiveness. Today, Tarnation’s raw storytelling form feels like a relic of peak independent documentary filmmaking.

The film opens quietly with Caouette lovingly in bed with his partner David—exuding a sense of safety and serenity that is not seen again until the end of the film—as he is trying to reach his mother. The scene quickly dissolves into a rapid-fire montage, establishing and defining the aesthetic of the film. Through title cards, pop music, and home video archives, Caouette explains how Renee underwent forced electric shock therapy treatments that ultimately left her brain-damaged and unable to raise him on her own.

Through continuous, frenetic chronological montages of images and music, Caouette recounts the painful early years of his life that includes his mother’s rape, their separation, and his time in abusive foster care homes. His grandparents, who themselves suffer from seemingly untreated mental illness, eventually adopt Caouette while Renee continues to be an inconsistent presence in his life. The film then shifts to Caouette’s journey as a queer artist. One of Tarnation’s most iconic moments is watching an 11-year-old Caouette impersonate multiple characters, most notably a battered woman channeling Renee, in front of a bathroom mirror. His performance gives way to scenes from his experimental films and theater performances, woven together with footage from Rosemary’s Baby and Hair. 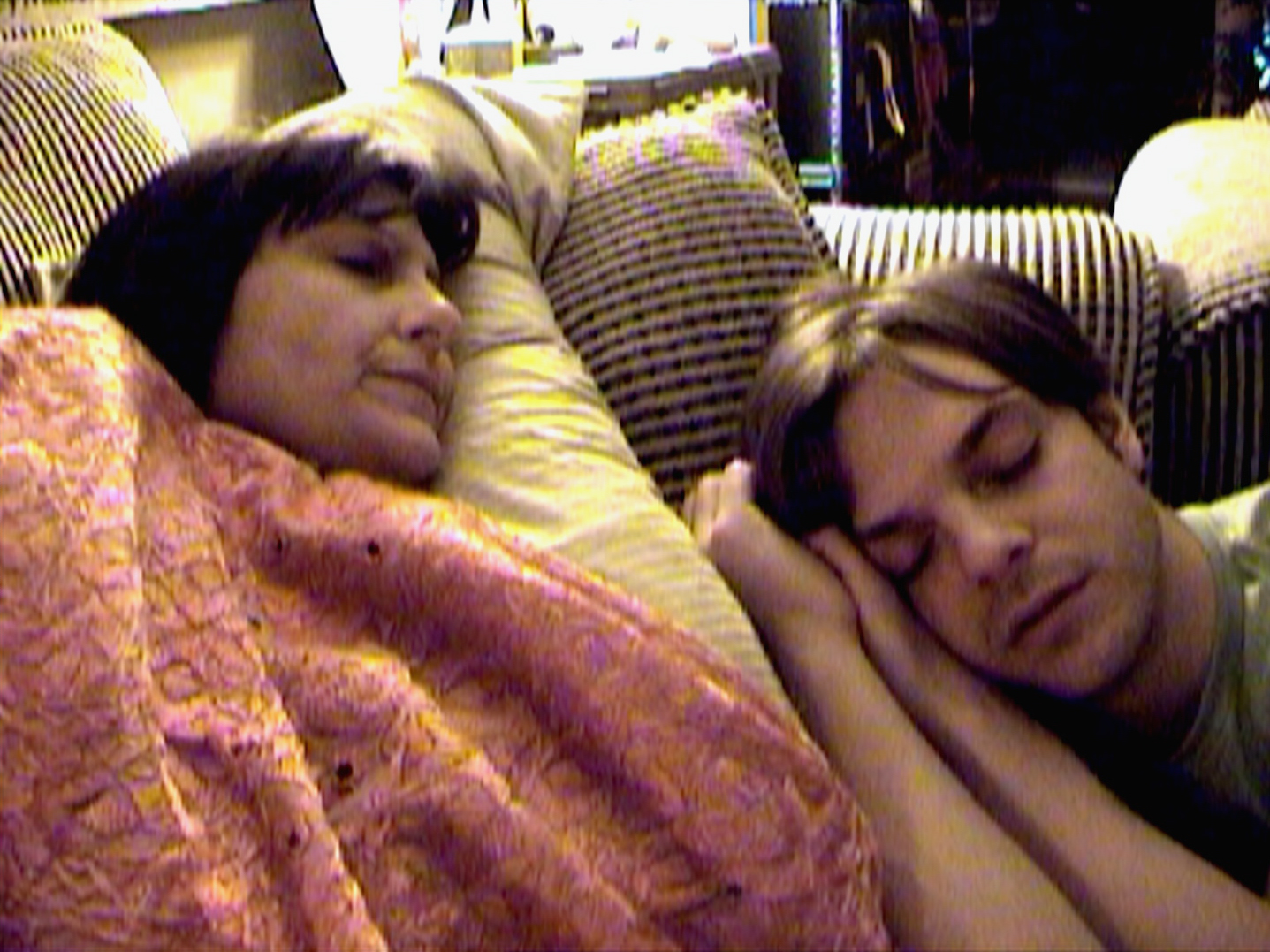 The last act of the film captures Caouette’s escape from his dysfunctional home to New York City, where he meets his partner David. Renee visits Caouette, and in a very tender scene, the two of them reunite with Caouette’s father, after 30 years. Eventually, Renee sinks deeper into psychosis and comes to live with Caouette and David. After what seems like a lifetime, Caouette finally has his mother by his side and they are together in the nurturing home that he has created with David. Caouette becomes the parent that both he and Renee never had, and as the film closes, with the couple sleeping soundly next to each other, that seems to be enough for Caouette at the moment.

While my most recent films, Aftershock, and 93Queen, do not share Tarnation’s aesthetic or interior approach, Caouette’s character intimacy, and unfettered independent creative spirit are a lesson and feel I take with me to every project. There is no story without deep character. The empathy and radical forgiveness he expresses for himself, his mother, and his grandparents are nuanced—my ultimate goal as an artist.

Paula Eiselt is an award-winning filmmaker who tells stories about unforgettable characters thriving in unbelievable circumstances. Aftershock, made with Tonya Lewis Lee, is her most recent feature documentary.

END_OF_DOCUMENT_TOKEN_TO_BE_REPLACED

Playback: Marco Williams' 'In Search of Our Fathers'

Reclaiming Niche: Behind the Making and Marketing of '93Queen'