Picture this: A gregarious, glad-handing Irish pol finds himself in front of a skeptical class of well off, unsmiling high school students. Asked to define leadership, he stumbles for words. Never finished high school, he says. What about his past indictments, they ask. They were all dismissed—opponent's ploys, he says. Then he begins to tear up, describing his wife’s suicide, a consequence of his legal troubles. After he leaves, the kids let loose, and oblivious to the camera’s eventual audience, they mimic the class bias of their parents: “He looks like a crook.”…”Appeals to most little people.”…“When you get into talking about the masses, emotion holds the greatest sway—even reason becomes secondary.”

This is politics as real life, at its grassroots, as played out in one of my favorite documentaries, The Campaign. What a revelation it was to a young filmmaker who loved politics when Tom Cohen’s film aired as part of Peter Davis’ Middletown series on PBS in 1982. Here was proof of the film-ready narrative structure of a campaign—life-and- death drama, where one candidate will win, one fail. And without presidential candidates or national celebrities, just everyday characters reaching out for the votes of their neighbors, the people they knew—and who knew them.

This race for mayor of Muncie, Indiana, pitted former sheriff Jim Carey—a big, brash Democrat who sang “Happy Days” at rallies, kissed and hugged everyone, and was so at ease with the filmmakers that he wore just a chain and sweatpants in one interview—against Alan Wilson, a shy, neophyte Republican, so uncomfortable campaigning he tells people they don’t have to look at his picture on his literature.

I love the scene where Wilson's pack of consultants, prepping him for a debate, correcting every answer he gives, push him too far. Suddenly he bolts, leaving his bemused handlers behind. But his radio mic is still on and we can hear him out in the hallway! “God damn it. Six different people have six different suggestions about the way I’m supposed to answer the questions. I will never do this again!”

In one last beautiful symmetry, the candidates (and their film crews) meet—the victor giving his first answers as mayor-elect, the loser, his family and supporters marching out of the night to offer congratulations. The exchange is quick, not much to say. Then the entourage leaves. But the loser, who’s always reaching out to whomever’s hand is nearest, can’t quite pull himself away. He keeps looking back, telling someone, anyone, that the victor will make a good mayor, a beautiful mayor. And then a supporter walks back, puts his arm around him saying, “You are the winner. You got the people.”

And his candidate answers, “I know, I know, I know that,” as they walk into the darkness. And a sad, slow rendition of “Happy Days are here Again” starts to play.

Unforgettable? By a landslide.

Paul Stekler’s films about politics include Vote for Me: Politics in America (made with Louis Alvarez and Andy Kolker, winner of the Peabody, duPont-Columbia, and Emmy Awards) and George Wallace: Settin’ the Woods on Fire (made with Dan McCabe, winner of the Special Jury Prize at Sundance). He teaches filmmaking at the University of Texas in Austin. 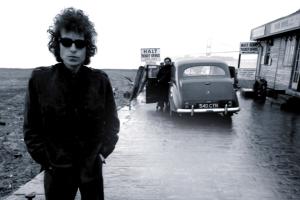 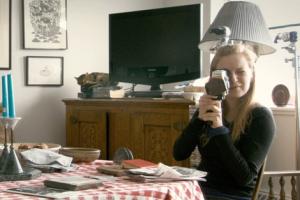 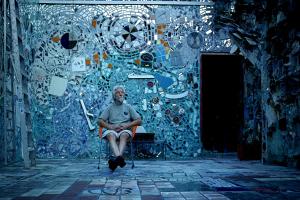 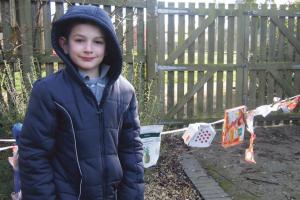 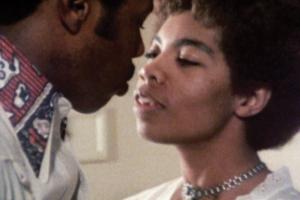 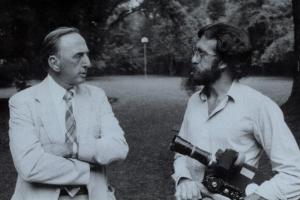