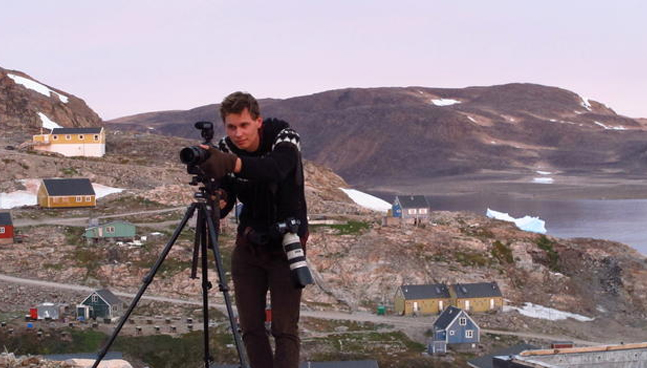 The University of California at Santa Cruz (UCSC), tucked between mountains and the redwoods of the central Pacific coast, is famous for its progressive values and faculty/student activism. This legacy thrives in UCSC's acclaimed master's program in Social Documentation/Film-Digital Media, nicknamed "SocDoc."

How did the program get started in 2005?

B. Ruby Rich and John Jota Leaños: In the early 2000s, the Community Studies Department decided to start a graduate program in what it called "social documentation." Today, we call ourselves "SocDoc." The idea was to transfer the department's interdisciplinary richness (anthropology, history, sociology, geography) into a basis for documentaries on the kind of communities with which faculty and students were already collaborating. Renee Tajima-Peña (now at UCLA) and B. Ruby Rich launched SocDoc to attract students committed to social change and with a passion for using documentary in the service of under-represented communities and unexamined issues. Though our program is now in the Film and Digital Media Department, it has kept the same interdisciplinary framework and continues to involve faculty in the social sciences and humanities in our advising and curriculum. They're our secret weapon.

What are the goals and mission of the program?

The SocDoc Program aims to train students to use documentary at the highest possible level, professionally and ethically, to advance social justice and bring attention to people and issues that might otherwise go unremarked. SocDoc is committed to a cohort model of learning, in which students collaborate rather than compete and in which learning and achievement are intertwined, along with creativity and service.

What are the program's strengths and weaknesses?

Our strengths are in our approach to the interdisciplinary to documentary filmmaking. Not only do we train students in techniques of documentary (lighting, sound, editing, motion graphics, animation, post-production), we also prepare students with social-science research methodologies in courses on ethnographic writing and documentary fieldwork taught by professors from the departments of anthropology, sociology, literature, feminist studies and beyond. Students also take electives in doc project-relevant subject matter in a wide range of graduate courses throughout UCSC. Technical exercises, workshops and preparation combine with the ethical, methodological and critical studies training to guide our students in the production of doc projects that go "beyond the story," creating social impact and personal transformation for characters, audiences and documentarians alike. We are also invested in developing character and narrative strategies for documentarians, not only for creation of time-based video but also to establish new media content and audience participation beyond the film festival, community screening and website.

Weaknesses? SocDoc presently offers only an MA degree. But the good news is that we are in the process of converting to an MFA program and will be able to offer this terminal degree within a couple of years.

How much theory and film history do you offer in addition to technical education?

SocDoc teaches courses on documentary history and critical theory. We prepare students in understanding the complex history and new directions of documentary filmmaking and production through a foundational course and occasional special events, and students can take many other courses via the department's PhD curriculum. We don't believe in teaching one without the other.

Does your emphasis on social justice and human rights differ from other programs?

Yes, very much so. We attract a terrific group of students from around the country and the world who want to make a difference with their work. Our faculty and students tend to come from diverse perspectives and cultural backgrounds, which informs the ways we look at social justice and human rights.

Students are well equipped with both production and post-production equipment, thanks to the resources of the Film & Digital Media Department in which SocDoc is housed.

What is the program's relationship to the San Francisco Bay Area community?

Can you say something about the makeup of your faculty?

Leo and Jennifer are fantastic documentary filmmakers with impressive track records in the field. They guide students through logging, structuring and editing their films. B. Ruby Rich is our film historian, critic and theorist. John Jota Leaños focuses on documentary animation and alternative documentary forms (photography, new media). Lewis Watts is our resident documentary photographer, who resides in the Art Department. Marcia Ochoa is an anthropologist who teaches documentary methodologies and ethnographic writing to our SocDoc students. We also work with literature professor Karen Kei Yamashita on documentary writing and anthropologist Megan Moody on teaching our students social-science research methodologies. Filmmaker Gustavo Vazquez, who is chair of the Film and Digital Media Department, has taken over Spencer Nakasako's former production "boot camp," which plunges students into shooting ambitious projects the minute they arrive.

What about Santa Cruz makes it a special place for documentary film students?

UC Santa Cruz has a long history of being a center for activism, social justice and critical studies. SocDoc continues this tradition through the production of public media and documentary (note that we have also turned out remarkable photo documentarians). The interdisciplinary dimension makes it special; this is a world-renowned campus of very student-centered professors with whom our students are able to study. In fact, they have to; we require every student to work with a professor in the subject area of their documentary. It's remote enough to allow a unique community to develop, while close enough to make Bay Area and LA excursions easy. We also tap into the lively documentary community in the Bay Area (and to the south) with guest lectures by media-makers and leaders such as Sam Green, Dawn Valadez, Alex Rivera, Wendy Levy, Evangeline Griego, Judy Irola, Kate Amend, Lucy Walker and many others. With all the area film festivals, we've also been able to incorporate such important filmmakers as Hubert Sauper and Josh Oppenheimer. Plus, the ongoing events of our larger department keep the energy going.

Has Ruby's extensive experience in curating/journalism/exhibition influenced the kinds of students you look for?

Yes, we approach documentary from a much more holistic perspective-as a practice that is grounded in social locations, not just production protocols, and that is founded in ethics as much as camera brands, emphasizing collaboration not just with crew but with subjects and communities, placing documentary into a social fabric that it can affect.

What is SocDoc's track record in job placement and alumni achievement?

We have an astonishing success rate with our alumni. Several have had successful careers as independent documentary filmmakers. Recent graduates have landed significant grants and support for new projects, and others have won awards for work created in the program. Just a few examples:

How does the cost for your program compare with other schools?

We are the probably the cheapest option available to students interested in this kind of training. Our students can take classes and receive guidance from professors from different disciplines and experts in various fields on campus, including environmental studies, sociology, anthropology, psychology, etc. We will become more attractive and more competitive in the next year or two, when we offer an MFA instead of the MA. We also work in small cohorts. Students get a lot of attention, help and guidance from their mentors and peers in the program. Annual tuition is just over $11,000, and that is often covered by students' securing teaching assistant positions. Out-of-state students can convert to in-state after one year.

How does the program help support grads later on in their careers?

We offer professional training and exposure to many professionals in the field. We also nurture relationships between students and professors beyond the two-year MA program. Many students have worked for, been placed by and received references from faculty and via professional connections made during their time here. Thanks to the collaborative cohort model, they also help each other and have a vibrant alum network exchanging information and jobs.

Duration of program: Two years (admission for fall quarter only, full-time enrollment only)

Number of Students: Seven to 10 traditionally admitted out of about 40 applications

Internship Placement Opportunities: No internship program at present, but many students arrange internships with Bay Area documentary filmmakers after graduating.

END_OF_DOCUMENT_TOKEN_TO_BE_REPLACED

In the Neighborhood: The World of Mister Rogers