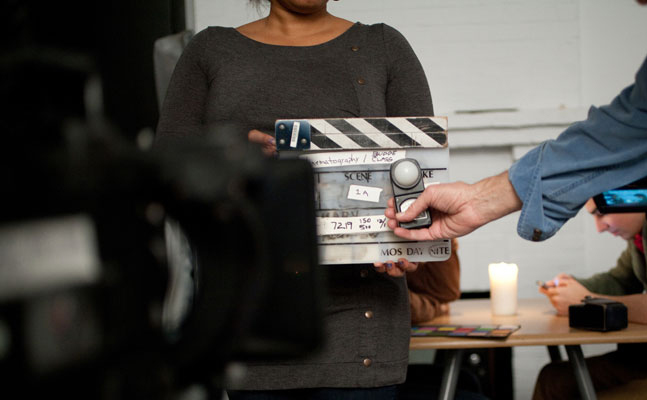 The Media Studies program at The New School is one of the oldest in the United States. Marshall McLuhan's colleague John Culkin brought his Center for Understanding Media to The New School in 1975, and The New School began offering the master of arts degree in media studies, one of the first graduate programs of its kind. Today, the program encompasses media theory, media business and media technology; students create their own media projects, ranging from documentary and dramatic films to websites and other online media, installations and multi-media projects.  These programs prepare students to advance in almost any career direction in the rapidly evolving global media industries.

Now in its eighth year—the Documentary Media Studies Graduate Certificate launched in 2006—the program was deliberately constructed as a graduate certificate in order to respond to students looking for a coherent, sequenced, specialized program in the field of documentary.

Deanna Kamiel, the current director of the program, is a documentary filmmaker and Guggenheim Fellowship recipient with a longstanding career in public broadcasting at the CBC and PBS. Documentary spoke with Kamiel about the mission of the program and how it ties in with the New York City community.

Can you give a background on the program, and how you feel it relates to other film studies options in the US?

Deanna Kamiel: At the heart of the Documentary Media Studies Graduate Certificate program at The New School is an emphasis on theory and practice, combining courses in documentary history and theory with production technique and technology. The emphasis on praxis—and the making of socially engaged media work—is the central mission of our department; the School of Media Studies is the first media studies department in the US dedicated to applied critical thought.

What distinguishes this program is our configuration as a one-year, full-time intensive curriculum, culminating in an end-of-year public screening festival, Truth Be Told, featuring the original films made by each of our students throughout the academic year. Also distinctive is our approach to media-making. We emphasize a sense of cinema, draw from film and screen language, and offer students the opportunity to explore the full range of documentary form, including hybrid, experiential and visionary modes of nonfiction work.

Each year's class of 15 to 17 students is a cohort, taking mostly required courses [the year includes five required courses and one elective] together throughout the two semesters, collaborating and crewing for each other on class assignments and each others' individual films. After graduating from the certificate, students can, if they choose, apply their 18 credits from Documentary Media Studies to the master's program in Media Studies.

What are resources in the city and the region for students and faculty?

New York is also a magnet for internship and entry-level job opportunities in the field.

Our production facilities include an Avid editing lab and a well-equipped film office that offers an HD camera package (Panasonic 150 or DSLR cameras, tripod, LED portable light kit, audio kit), as well as shoulder mounts, steadicam rigs and portable dollies. Camera packages are offered to students in three-person crews for the duration of the first semester, and are readily available throughout the rest of the academic year.

Where are the students from? What are their career backgrounds?

The Doc Studies Certificate program attracts talented students from all over the world and across the US. In fact, we have one of the highest international student populations in the university: from Columbia, Chile, Denmark, Latvia, India, Pakistan, Mexico, Australia, New Zealand, the Netherlands, Norway, France, Canada, Lithuania and Estonia. The dynamic mix of international and American students makes for new ways of seeing.

Like The New School itself, we have a significant reputation outside the US as well. We also have a vital and close-knit alumni community, which represents us worldwide and attracts new students by word-of-mouth. We stay in touch by social media; we have a community blog and Facebook page.

What are the job prospects for your graduates?

Our graduates have been very successful in the job market both here and internationally. Many are working in broadcasting—HBO, PBS, MSNBC, MTV, CBC, the Discovery Channel, DR1 [Danish Public Television]—and for online production organizations. Several have formed their own production companies and a great many are working as editors, assistant editors, cinematographers and producers.

A great many graduates have also had significant success on the festival circuit. Trina Rodriguez produced the award-winning High Tech Low Life, about Chinese Internet dissident bloggers, which was on Indiewire's list of Best Documentaries of 2013. The films of both Donya Ravasani (American Imam) and Eric Rockey (Vulture Culture) were featured at DOC NYC. In 2013, Ivana Todorovic's When I Was a Boy, I Was a Girl premiered at the Berlinale, and won the Best Documentary award at Dokufest in Prizren, Kosova. Ivana currently works for a production company in Sarajevo, where she is making a documentary for Al Jazeera's Balkan series. And Jeremy Cohan received the Directors Guild of America's Jury Award for his student film After.

What are options for students to work with a variety of digital media? Can you describe some recent projects?

Digital interactive media first came to our program as a means for students to create outreach, promotion and distribution for their thesis films. The prime mover in this area is one of our faculty, Amir Husak, a documentarian and digital media artist, who has created an elective course for documentary and expanded media. Several of our students have also been involved in gallery installation and online Web work, combining political, critical and aesthetic thought across a range of documentary subjects.

What are the future plans for the program? As the media world is changing so rapidly, how would you like the program to grow, or change, or both?

Our future plans for the program include more concentration on emerging media and expanding documentary form. At the same time we look forward to intensifying our core courses in cinematography, sound design and documentary practice. We are proud of our emphasis on open-form documentary and would like to extend our cinema-centered approach to a second-year MA that would focus at greater length on socially engaged work, the politics of place and geography, and expanded digital media aesthetics.

Duration of the Program

Graduate Certificate, with 18 credits applicable to a master's in media studies at The New School

No formal internship program, but with The New School program's access to the New York documentary community, students arrange internships and entry-level positions upon graduating.

END_OF_DOCUMENT_TOKEN_TO_BE_REPLACED

Once Upon a Time in Mexico: An American Film Showcase Report