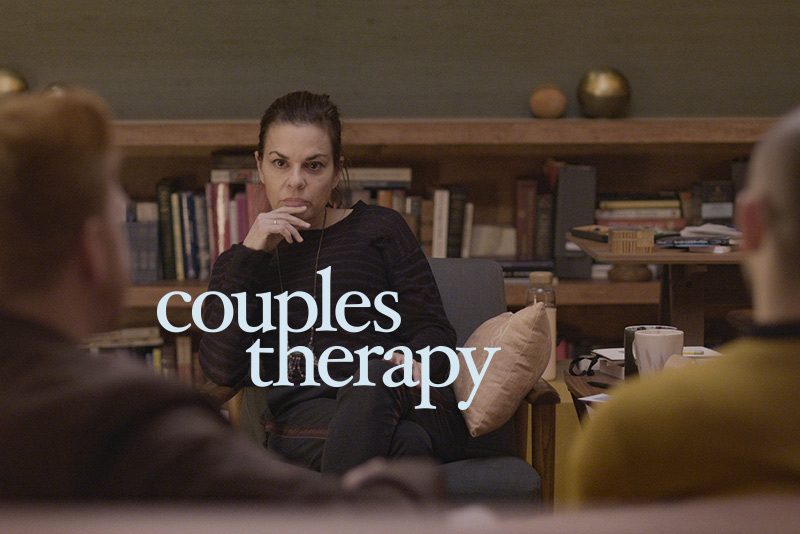 Couples Therapy follows eight months of therapy sessions with Dr. Guralnik as she guides couples through honest confrontation with each other. The second season features three new couples working through intense conflicts: a single mother’s unplanned pregnancy forces her to examine if the father is the man she wants to be with, a woman confronts her husband for failing to deliver the life she wants, and the trauma of near-fatal alcoholism reveals unexpected consequences for a young gay couple.

Kim Roberts, ACE (Director) is an Emmy-winning editor and director of documentaries. She edited Season 1 of Couples Therapy and returned to direct Season 2. Her other work includes The Fight, The Silence of Others, Unrest, The Hunting Ground, Command and Control, Waiting for Superman, FOod, Inc. and Inequality for All. Kim is a six-time Emmy nominee, winning for AUTISM: THE MUSICAL. She won the 2017 Sundance Documentary Editing prize for UNREST. Kim is an active member of the Academy of Motion Pictures Arts and Sciences.

Josh Kriegman created, produced and directed Couples Therapy, The Fight and Weiner for which he was nominated for a DGA Award and named one of Variety’s “Top 10 Documakers to Watch.” In a previous life, Josh was a political consultant and campaign advisor.

Eli Despres, ACE (Executive Producer) created, produced and directed Couples Therapy and The Fight and edited Weiner. His other writing and editing credits include BAFTA nominee Blackfish, Red Army, They Call Us Monsters, Expose, City Lax and the fiction feature Wilderness Survival for Girls, which he also directed. Eli was nominated for the American Cinema Editors' Documentary Award in 2014 and 2017.

Dr. Orna Guralnik is a psychoanalyst and writer who serves on the faculty of NYU Postdoctoral Program in Psychoanalysis and National Institute for the Psychotherapies and on the editorial boards of Psychoanalytic Dialogues and Studies in Gender & Sexuality. Her writing centers on the intersection of psychoanalysis, dissociation and cultural studies. She co-founded the Center for the Study of Dissociation and Depersonalization at the Mount Sinai Medical School and is a graduate of NYU Postdoctoral Program in Psychoanalysis.