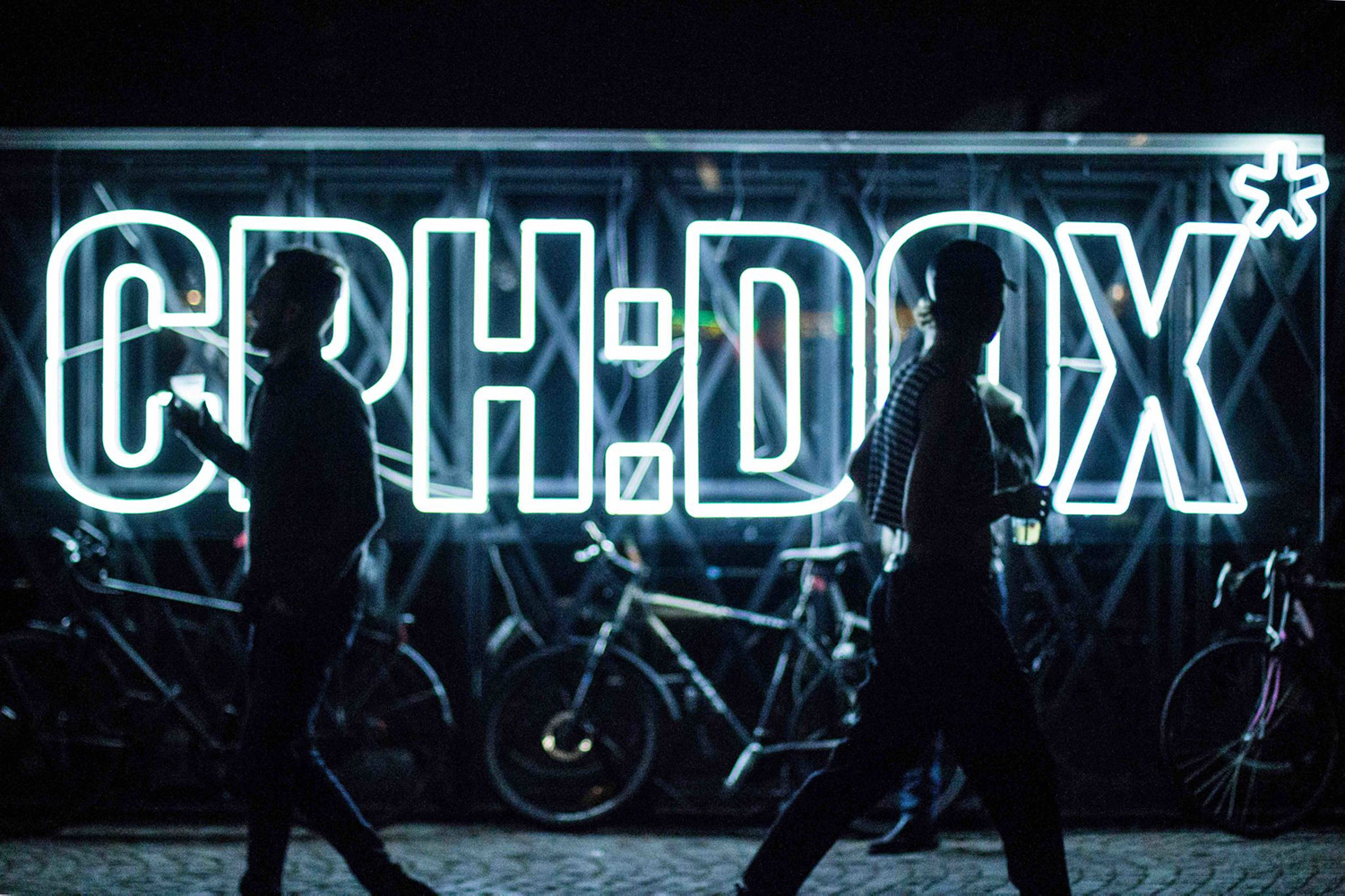 One of the many highlights of the always impressive CPH:DOX is its annual CPH:CONFERENCE, five days of jam-packed industry events with each full day centered around a specific theme (film, art, science, technology and social change). While I wasn’t in town to attend them all, I did at least have the good fortune to catch the Science & Film program, which opened the conference and was curated by Greg Boustead, the founding executive producer of Sandbox Films, a new mission-based documentary studio (underwritten by the Simons Foundation and headquartered in New York City) devoted to excellence in creative science storytelling.

“Our underlying thesis for the conference was that there’s more than one way to make a science documentary, and we wanted to celebrate that range,” Boustead, a specialist in “science communication,” explains in a post-fest email chat. “In particular, we wanted to spotlight the more artistic and humanistic approaches to science storytelling. The CPH:DOX community is such an ideal platform for that.

“In terms of format,” Boustead continues, “we hoped to combine inspiration with craft—from a keynote on the neuroscience of perception; to new voices in the field breaking down specific scenes in their work; to a behind-the-scenes look at the making of a Werner Herzog documentary from his longtime collaborator, volcanologist Clive Oppenheimer.”

As for how Boustead selected such high-profile speakers as Oppenheimer, as well as some lesser-known scientific luminaries, “The participants came from a subset of people of who have inspired me over the past several years—emerging filmmakers redefining science documentary, creative scientists with a passion for storytelling, and industry folks shaking things up a bit,” he enthuses. “But it was truly a team effort with my friends at CPH:DOX and Documentary Campus. Once we agreed on a vision, the names started flowing.” There were just two requirements: “Be authentic and vulnerable. This is a chance to learn from each other. This isn’t a pitch.”

Taking place on a bright Monday in the comfy Social Cinema on the top floor of Copenhagen’s elegant contemporary art museum/festival headquarters Kunsthal Charlottenborg, the day’s discussions did indeed range eclectically from neuroscience to humanity to outer space (Yes, Eliza McNitt made an appearance to talk about her VR blockbuster Spheres), with the one common thread being an exclusive dedication to the intersection of science and storytelling. Or in layman’s terms, making science entertaining (or at least engaging).

To that end, two presentations stood out as much for the messengers as for the message. The University of Alberta’s Timothy Caulfield, research director at the Health Law Institute, was the man behind the arrestingly titled “Case Study: Cheating Death (and Misinformation)”—a reference to his Netflix series, A User’s Guide to Cheating Death. But the boundlessly enthusiastic academic is perhaps even better known as the author of the tome Is Gwyneth Paltrow Wrong About Everything? (In truth, Caulfield is something of a backhanded fan, calling the Goop brand actress “a gift that keeps giving” when it comes to material for debunking misinformation.)

Indeed, Caulfield considers science versus pop culture the true battle, and is a firm believer in combatting misinformation with humor. When making his show, he focused on “science versus story,” tackling not just the Gwyneth-level, low-hanging fruit but also such topics as the problematic hyping of genetics. Zipping back and forth across the stage while presenting his speedy slideshow, Caulfield broke down the communication challenges scientists face into four digestible parts.

The first, “Critical Thinking,” went beyond the idea that a documentary can teach (which it can), and on to the specific need to emphasize the idea that “correlation is not causation.” The second, “Be Definitive?” was posed as a non-rhetorical question. Definitiveness is actually a controversial idea, since facts do not change people’s minds—and trying to deploy them sometimes backfires. Instead he suggested filmmakers should “highlight the consensus,” and not give equal weight to both sides. “False balance” just causes misinformation to become stronger.

“Is Critique Creating Awareness?” was another tricky point. One must be careful not to bring more attention to the poppycock—yet setting the record straight is also important. And, unfortunately, attacking people does work (so once again, he urged caution). He likewise conceded that humor as well can sometimes facilitate polarization.

“Fear?”—specifically the selling of it—also works, of course. In that area Caulfield urged a combination of “facts/pictures/stories” that research has suggested can change people’s minds—and did in one study around vaccinations.

Later in the day, and on the mellower end of the pop culture spectrum, was "Behind the Scene: A Portrait of the Scientist as an Artist,” presented by filmmaker and University of Cambridge professor of volcanology Clive Oppenheimer. Of course Oppenheimer is certainly less recognizable for his research than for starring as Herzog’s sidekick in Into the Inferno, which he co-created with the master (pop culture-friendly) documentarian.

The volcanologist discussed how he went from scientist to filmmaker (admitting he’d wanted to get into documentaries since he wrote his first book), and the importance of always emphasizing the science—a lesson learned after his own academic work was rewritten by the press for a more sensational story. "What attracts me [to the documentary format] is the potential to transform what might start out as an 'intellectual survey' into a compelling emotional (and informative) experience for an audience,” he elaborates via email a few months later. “People do not read my scientific papers and advise me that they now see the world in a different way—but film can achieve this.”

Oppenheimer also speaks of the inherent tension between storyteller and scientist, further clarifying that, ”In truth, I don't think there need be tensions. There are plenty of scientists who are excellent storytellers. One of the biggest challenges as I see it is to outmaneuver the rigid conventions and expectations of the 'science documentary' format to achieve something closer to art film."

Using clips form the undeniably artistic Into the Inferno, the scientific storyteller presented his journey with Herzog—which began in North Korea simply because he’d worked in the country in the past, and thus had professional colleagues there he’d developed relationships with. “The landscape is a metaphor for all the drama of the revolution,” Herzog had opined upon seeing the sacred Mount Paektu area for the first time. And in order to win over the North Koreans, Herzog deployed his own personal experience with German reunification.

Herzog and Oppenheimer then went to Ethiopia, but they didn’t film the volcanoes; they instead used footage from a video installation that Oppenheimer had created years earlier. Traveling to Indonesia, the scientist noted, allowed him to tie volcanoes to climate change. Once in Sumatra, though, Herzog decided that the volcanoes were just too big to film.

Though shooting on top of an erupting mountain was apparently not too dangerous—or at least it was a risk the intrepid director of Fitzcarraldo was willing to take. “Staying away or getting closer?” Herzog pondered about balancing curiosity and danger, ultimately choosing the latter, in typical Herzogian fashion. Which left me wondering where in the world their upcoming film collaboration—on meteorites—might take them next.

END_OF_DOCUMENT_TOKEN_TO_BE_REPLACED

Nature U: Science and Wildlife Filmmaking Goes to School

'NOVA scienceNOW' Gets a Cosmic Perspective