From the Courtroom to the Edit Room: When Lawyers Shift Careers

The career path to documentary filmmaking is a diffuse one. Some documentarians transition back and forth from broadcast journalism or fiction filmmaking, others shift from artistic disciplines such as still photography or theater. But given documentary's power to instigate social action and advocacy, a handful of practicing attorneys have made the transition from the court room to the editing room. Rebecca Richman Cohen (War Don Don; Code of the West), Chico Colvard (Family Affair) and Susan Saladoff (Hot Coffee) all responded to the siren call of nonfiction media making over the past couple of years with their first films. Documentary spoke with these filmmakers about the crossover between the two professions and what drove them to make such a dramatic career shift.

The film boasts an impressive list of awards, including a Special Jury Prize at SXSW, two Emmy Award nominations, and a Cinereach award for "excellence in vital artful storytelling" at the Human Rights Watch Film Festival.

In comparing the practice of law with the process of documentary filmmaking. Cohen points to the adversarial nature of a trial, with its narrow confines of guilt or innocence as the law defines it. On the possibilities within film, she says, "In the documentary format, you are able to flesh out more context; you are able to show how different experiences pit against each other, whereas the structure of a trial dilutes this. The rules of the trial are narrow and limiting; films can engage a more honest narrative."

Though Cohen received her law degree from Harvard--where she currently teaches classes in human rights and film--she had already secured a foot in the film world, working on Michael Moore's Farenheit 911, where she met her current filmmaking partner, Francisco Bello. For his work on War Don Don, Bello was awarded the first Karen Schmeer Award for Excellence in Documentary Editing. Cohen shared an anecdote about the process of her filmmaking, and the balance achieved through her partnership with Bello: "Sometimes I overdo it, by giving him too much research and academic material. For example, on War Don Don, I gave him the Truth and Reconciliation Document to read. But he brings things back to balance, and narrows things back to the story."

During law school, Cohen interned as an investigator for public defenders in The Bronx in New York City, and gained additional experience at the Special Court in Sierra Leone. "I sought structure within the law school training," she explains. "I wanted the credibility to tell these stories. And, it's nice to have a starting point."

Cohen's second film, Code of the West, premiered at the 2012 SXSW. The film follows the legislative process in the State of Montana as it wrestles with the fate of its medical marijuana law. "I thought they would be two very different films," she admits, in discussing War Don Don and Code of the West. "But as it turns out, they are similar in structure.  I'm interested in how law affects lives." Cohen's next film explores law and public policy around mental health.

Chico Colvard's first film, Family Affair, premiered at the 2010 Sundance Film Festival, and also screened in IDA's DocuWeeks Theatrical Documentary Showcase. Family Affair was also the first documentary to be acquired by the Oprah Winfrey Network (OWN) for its OWN Documentary Club strand. Unlike Cohen's films, Family Affair is a deeply personal journey that he takes into his family history and the unrelenting abuse that his three sisters and mother suffered at the hands of their father.

Colvard received his JD from Boston College Law School, and he now teaches race and the law and media-related courses at University of Massachusetts, Boston. Colvard always had an interest in social justice issues, and especially, given his personal background, juvenile justice. As an undergraduate, though, he studied theater arts, philosophy, political science, as well as film.  "I took film-related courses," he says. "I found deep pleasure in film and shaping narratives and the moving image."

But Colvard had to abandon this passion. His decision to attend law school was a financial one. He focused on juvenile justice in law school and gained experience with a juvenile rights advocacy project. During this time, Colvard discovered Volunteer Lawyers for the Arts. "This was a pivotal moment for me, due to my background in the arts," he maintains. "And, this was a way for me to stay connected to that world." Through that organization, Colvard met Lucia Small, director of My Father the Genius, about her relationship with her architect father. He would ask her about her filming, and in turn, she was intrigued with the law and his experience. "Around this time [the late 1990s], the dot-com bubble had burst and the law firm had layoffs," he recalls. "I was given a nice package; I had time to reflect on what I wanted to do, and I knew it wasn't law."

Colvard still enjoyed the philosophy of law, jurisprudence, which he taught. "Teaching straight-forward law is dry stuff," he notes. "I began to gravitate towards the moving image, incorporating film in my courses. I was using film in the classroom to bring those cases to life." Colvard maintains that the film process is more pleasurable for him.  "I studied law to help repair children like my sisters," he notes. "I think I wanted to indict my father. I wanted to be the opposite of him and go after dads like him. I wanted litigation lawyering tools.  I wanted to argue a convincing case for why people should not be complicit."

Family Affair, which took nine years to make, fused the backgrounds together. While the film is not ostensibly about the law and juvenile justice, those issues are implicit in this searing drama, as are his jurisprudential training. "Critical thinking and writing skills really came into play, especially when sitting down to tell this story," Colvard maintains. "The writing drove everything; it had to hold up, it had to be factual to make sense. The key concepts, the language had to come together. Then the images came."

Ultimately, his legal background played less of a role in making and showcasing Family Affair than the urge to get this story on film and out to audiences. "It was personally cathartic and liberating," says Colvard. "It allowed me to be free, to bury the sins of my father. I was no longer identified by what happened to my family." And for audiences, "The film gives permission to talk about being betrayed by people we are supposed to trust. When I go to various public communities for screenings, there are usually therapists on hand to support people who speak out. This film served a very real purpose, and people heal and recover."

Hot Coffee, the documentary feature by Susan Saladoff, evokes humor, sadness, anger and action. As a practicing trial lawyer for more than 25 years, Saladoff was inspired to make this film by the fallout from a case of an elderly woman who successfully sued McDonald's after being scalded by hot coffee that she had spilled. This case resulted in tort reform and mandatory arbitration initiatives in several states, as well as public relations campaigns designed to convince the public that we have an out-of-control court system. In Hot Coffee, Saladoff follows four individuals, including a state Supreme Court Justice, who struggle against the heavily politicized tort reform movement.

"My goal is to change consciousness on the civil justice system," Saladoff explains. "I'm out there promoting this." The film aired on HBO in June 2011, but Saladoff continues to take her film to universities, law schools and film societies around the country--and the film airs on HBO again this summer."People are excited and energized, with screenings in libraries and universities," she notes. "Professors use the film now. I gave permission for the first 15 minutes of the film to be used as part of a high school curriculum.  The EDC [Educational Development Center] has incorporated it into a law and justice course."

Hot Coffee speaks to many different areas of interest.  On a recent trip to Orlando, Saladoff spoke to students of law, film, communication, media and public relations.  "I want people to understand these interrelated issues, especially in an election year," she says.

Discussing the process involved in a trial, and the process of making this documentary, Saladoff draws comparisons between characters and clients, on-camera experts and experts for the prosecution or defense, and archival footage and exhibits introduced at a trial. "I knew how to tell a story as a trial lawyer; to convey a story to 12 average folks, I had to make it entertaining" she explains. "For this film, I clearly made a case."

In a recent Q & A at a somewhat conservative law school, Saladoff was asked if she thought her film was one-sided. She answered with an emphatic "Yes!"  She reasons, "Few people have ever heard this side. For the last 30 years, people have not heard the consumer side." Saldoff appreciates the heated discussion, even if she is met with an all-too-familiar mantra regarding tort reform. "The fact that we are having this debate is great," Saladoff says. "Before, you would not be questioning this. Now, there is a discussion."

Saladoff is driven by the challenge of achieving  justice. Over the years, she saw that juries were manipulated. "I noticed that perceptions did not match my experience," she observes. "In real cases, with real issues, there was no justice because of juries' perceptions. The mass media effort by corporations is successful.  Judges and politicians can be bought. So, it needed to be made--a film about the truth of the civil justice system.

"Documentaries are so effective in getting complicated information across," she points out. "Due to the long format and the entertaining aspect, you can gain a fundamental understanding, not spoon-fed information."  Commenting on some of the responses to the documentary, Saladoff says that every day she hears from someone, that their beliefs have been turned upside down. "It is changing minds," she asserts.  For her efforts, Hot Coffee is one of seven programs to be feted at the Academy of Television Arts & Sciences' Television Academy Honors this spring, which recognizes television programming that "inspires, informs, motivates and even has the power to change lives."

Mary Moylan is a Santa Barbara-based writer and independent scholar. She has a professional background in documentary film production, and has worked with the George Lucas Educational Foundation on Web documentaries about public education. She is currently writing a book, Unstable Intersections: The Films of Lourdes Portillo. Follow Mary on her blog, "Docuthinker," at marymoylan.net. 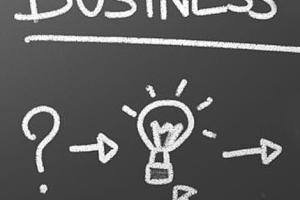 Feb. 28, 2006Feature
Documentaries are Businesses - or Should Be
Read More
Apr. 6, 2012Feature
Errors & Omissions & Rights, Oh My! A Guide to Protecting Your Film
Read More 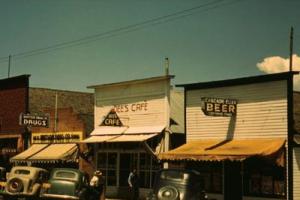 Sep. 15, 2008Online Feature
The Ethics of Archival Use: A Roundtable Discussion
Read More 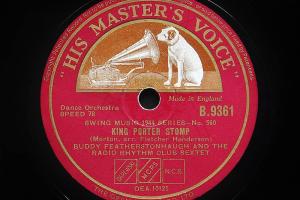 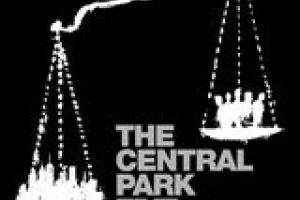