David Grubin Takes His Camera Inside Our Heads

In the last decade scientists have made more remarkable discoveries involving the secret inner-workings of the human brain than in the previous 90 years combined. The new five-part documentary series, The Secret Life Of The Brain, which began airing on PBS last month, sheds light on these discoveries, revealing secrets about the tricks our minds play on us and how our brains develop from infancy to old age. The series blends captivating computerized visuals and 3-D animation with heartfelt stories of patients who are struggling valiantly with neurological disorders and interviews with experts at the cutting-edge of neuroscience.

The Secret Life Of The Brain was executive produced by David Grubin and is a co-production of Grubin Productions, Inc. and Thirteen/WNET New York. Sarah Colt was the series producer and Michael Penland, Edward Gray, Tom Jennings and Amanda Pollack were also producers in the series.

Grubin is best known for his award-winning documentaries on American presidents, including Abraham and Mary Lincoln: A House Divided; LBJ; FDR; Truman; and TR: The Story of Theodore Roosevelt. Making the segue from history to science may seem a radical departure for most documentarians, but for Grubin, the inner workings of the human brain and the epic rise and fall of a great American leader inspire equal measures of passion. “I’m very interested in biography and what makes people do the things they do,” he notes. “And in order to understand that, you need to understand why we do what we do and what we might want to do in the future. Science, like history and the humanities, also asks the essential questions about the human condition, but in different ways.” “I like connecting with different worlds,” he continues. “With history you connect with the past, and you reach out with people who are no longer here. It’s the same thing with science: you’re reaching out to the world of science. The series uses poetry a lot. I found that scientists tell interesting human stories and ask important questions about human life. But I wanted to combine the humanities with the science.”

Grubin continues with a poem, by former American Poet Laureate Stanley Kunitz, that opens each episode of the series.

We think by feeling; what is there to know
I hear my being dance from ear to ear
I wake to sleep; and take my waking slow
I learn by going where I have to go

“That insight…tells us, in essence, that we are feeling machines that think,” he observes.“I wanted to bring the two worlds together because there’s so much mystery in verse, and you don’t want to forget that scientists don’t have all the answers.”

Many revelations that stem from recent discoveries in neuroscience are showcased for the first time in this series. For example, recent scientific evidence has demonstrated the possibility that our brains continue to develop rather than stagnate over a lifetime, as we previously believed. In addition, the series explores the relationship between thinking and feeling.

Grubin found that one of the biggest challenges in taking on a science program is that from the atomic to the chemical to the molecular levels, there are many different ways to tackle a scientific story. It’s hard to know how many levels one should explore in order to answer the question. The other challenge, says Grubin, is to get the right people to tell the stories.

The people who relate their personal stories in this series did so because they wanted to share their experiences and help others. “Imagine that you’ve just had a baby and it’s premature. Yet you want people to see how these clinics are run and how things can be improved,” Grubin notes. “When you make a film like this, and you meet people who have had such serious illnesses, it teaches you how fragile, but also how resilient, people are.”

The series takes a chronological approach over its five hours. Each hour explores a specific stage of human development—infancy, childhood, adolescence, adulthood and old age—and addresses everything from fundamental neural development and innovative medical treatments to behavioral therapies, new brain-based educational techniques and the characteristics of the older brain that may form the basis of wisdom.

“What we hoped to do was to ask the fundamental question, ‘How does the brain form?’” Grubin explains. “And as scientists learn pieces of that puzzle new ones will appear. What’s great about the documentary, and the website, is that if you ask the right questions, they’ll be around for a long time.”

In large part, as scientists explain the infrastructural wiring of the brain throughout the series, viewers are treated to 3-D renderings of electrical signals jumping across synapses, nerve impulses traveling down the brain stem, and some nasty addictive chemicals mimicking dopamines. Grubin worked closely with 4:2:2 Graphics in England to create these animations.

Over the course of The Secret Life of the Brain, he incorporates inspiring stories of personal courage to emphasize the reasons the neuroscientists’ work is so important. Among the stories: a mother whose baby was born at six months and is fighting for her life…a child who must undergo surgery and has half of his brain removed to stop an onslaught of seizures…a teenager living with the harsh realities of schizophrenia…a wife whose husband lost the ability to feel emotions after a stroke occurred years ago…a woman who spent 11 years of her life crippled by chronic depression, until she found Prozac…a father who discovers after one visit to his doctor that he is suffering from the early stages of Alzheimer’s Disease…a mother of three who suffers from Parkinson’s disease and whose only hope might be new therapies that come about as a result of advanced stem cell research.

In each of the stories, the patients show a remarkable resolve to overcome their afflictions—and, just as important, the series shows that neuroscientists are working to make dramatic advances in treating a wide range of these disorders and afflictions.

One of the most evocative elements in the series is the use of poetry. Grubin interviews poet Stanley Kunitz for hour on the aging brain; Kunitz, at the age of 95, is still reading and writing poetry. In the interview Kunitz shares his insights on aging and wisdom: “Little occasional bits of memory vanish from the screen (as you get older), but, on the other hand, some memories go deeper than ever before. They are profoundly embedded in your psychic structure.” Kunitz explains that in order to maintain one’s intelligent life, one must care about life, care about others and remain active. He also asserts that poetry is an exercise of the spirit that increases vitality with each use. While genetics also play a large part in growing older, experts find that physical and mental activity will lengthen the brain’s lifespan.

Grubin is currently working on a film about Sigmund Freud, who began his career as a neuroanatomist, but then discovered that the questions he was asking couldn’t be answered by neuroscience, so he explored the mind instead. Freud, according to Grubin, always thought neuroscience would one day answer the questions he posed. As demonstrated in The Secret Life of the Brain, Freud was right.

For more information about The Secret Life of the Brain, Thirteen/WNET New York has launched an extensive national education and community outreach campaign in support of the series. Additional information about the series is available online at www.pbs.org/brain. Also, a companion book to the series is being written by Richard Restak, MD, a Washington, DC-based neurologist and neuropsychiatrist, and the author the national bestseller, The Brain, the companion book to the PBS series that aired in the 1980s.

Yasha Melanie Husain is a documentary filmmaker based in Los Angeles. 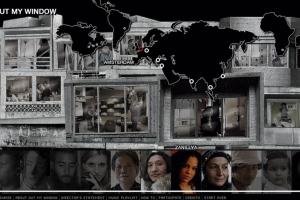 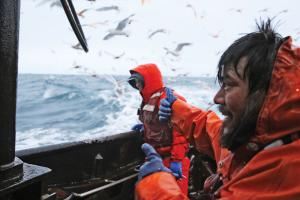 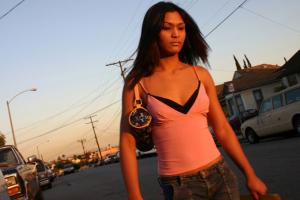 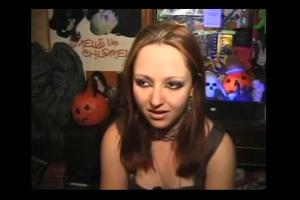 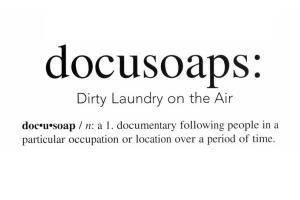