DGA's Documentary Committee: Empowering Filmmakers As They Empower the World 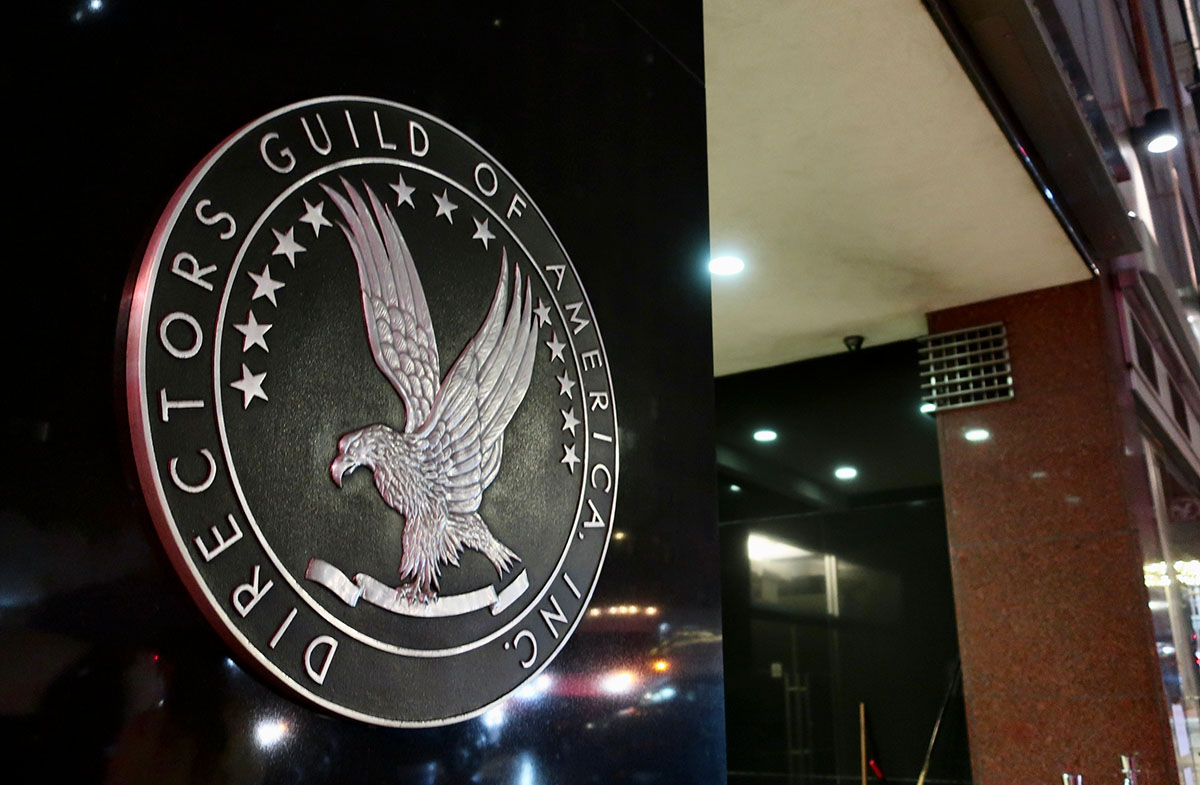 Joining the Directors Guild of America nearly 10 years ago ranks as one of the proudest moments in my entire career. There was something about belonging to this prominent legacy organization that made my title of Director feel that much more authentic. As a child of two labor organizers, this accomplishment had a more profound significance than just moving up in the world of film and television. Mom was a shop steward for the Houston APWU (American Postal Workers Union) and Dad’s hard work and dedication took him from a local APWU President to being former Secretary-General Richard Trumka’s right hand at the AFL-CIO. While most kids’ parents were reading them fairy tales, I was being entertained with stories about union heroes such as A. Philip Randolph and Bill Lucy. For my family, this was a big deal.

Eager to be active in my guild and meet like-minded creatives, I was having trouble finding my tribe of fellow documentarians. Because the majority of DGA members work in scripted film and TV, there was naturally a lack of attention to the bigger issues that were plaguing our doc community. Despite being a card-carrying member of the guild, for years I worked as a non-union “field producer,” the misleading title that unscripted production companies often gave their directors as a way to cut costs and avoid union involvement altogether. Working on those projects made it very clear why they carved out the unions: excruciatingly long days with no food, breaks or bathrooms, topped off with a below-industry standard rate. Not being able to clock hours as a director meant no benefits from my guild, meaning years of not being able to pay into my pension and take advantage of the DGA’s coveted health plan. And I wasn’t alone; many like me were caught in this morally awkward catch-22, forced to take non-union work in order to make ends meet despite being a union member. These were the darkest days of my career because I lived in fear that challenging my employer to recognize me as a DGA director would mean that I could lose my job.

My mentality changed in 2016 after the birth of my son. Being responsible for another human being forced me to stand my ground on offers for work, and although discouraging at times, I started turning down non-union projects. Yes, some documentarian members were doing very well, but they were the exception in our community. The overwhelming majority was struggling with their sense of worth, identity and belonging, unable and unwilling to single-handedly fight a system that was rigged against them.

Enter 2020. When COVID shut down scripted production, the demand for unscripted content exploded. What emerged from this chaos was a historical, major step in the right direction: DGA’s very first Documentary Committee. Jumping in head-first, I signed on as a co-chair of the Contracts Committee, an area that I felt well-qualified to work in, given my past experience. Once in a room with my peers, focused on these issues, what was unanimously clear was that directors behind these documentary projects weren’t getting the same deals as  their scripted counterparts. Time and time again, we were being undervalued in terms of rates and residuals, the latter being a standard feature in any scripted director’s contract. We could all agree that the DNA of a doc project has shifted dramatically over the years; what was once the low-budget option of a skeletal crew working on a film that could take several years to finish has morphed into highly managed and scrutinized multi-episode epic that can make or break a network’s bottom line. Another major concern was that BIPOC and female representation was significantly low, and when it came to the unfair treatment that the rank-and-file members had with unscripted production companies, it was no surprise that these injustices indexed higher with the aforementioned groups.

These reasons and so many more are why this committee, and continued work in the documentary and unscripted spaces, are so vital to the sustainability of our community. Documentary content continues to dominate with streamers, signaling that the trend will only continue to rise as time goes on. Netflix, Amazon, Hulu, Disney+—none of them would be the powerhouses they are without our work. Now more than ever, we need to reset and rewrite the rule book when it comes to the production of this content and the protection of the hardworking directors that create it. If you are a doc director who has not seen the value in being a part of our guild, just know that we are working hard to create a thriving community that is dedicated to coming to the negotiation table to represent people just like you. And if you are a member, know that we are here. Join us. It is only with our collective strength that we can continue to fight for what is right and empower our community.

“Power is the flower of organization.” – A. Philip Randolph

Alexandria Stapleton is an Emmy Award-winning documentary filmmaker for film and television.

END_OF_DOCUMENT_TOKEN_TO_BE_REPLACED

The Write Wing: Defining the Role of the Writer in Nonfiction

Doc-Making as an Art: A Tool to Change the World