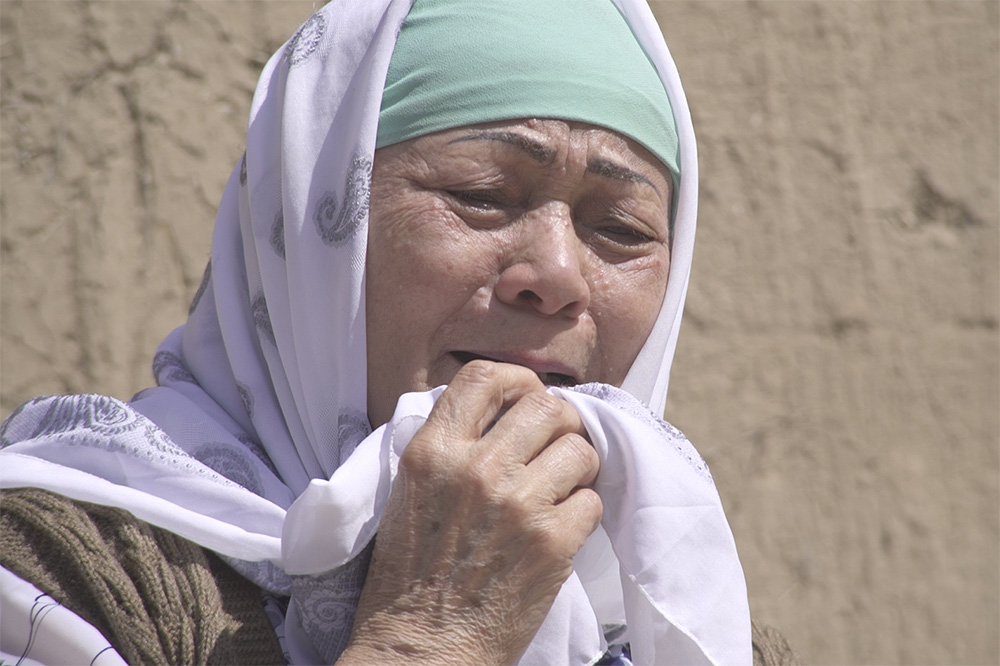 During this unprecedented period of the coronavirus pandemic, people have had to lean more and more on the use of technology for daily interactions and responsibilities. In some places such as in China, the increasing use of personal devices and technology coincides with an increased surveillance of personal data.

Civilians in certain Chinese cities such as Hangzhou are categorized by ''contagion risk'' determined by mobile data and surveillance techniques that track people’s locations and who they have been with. According to a recent New York Times article, this data is often shared instantaneously with policing authorities. In order to pass through areas such as public subways, civilians must show on their phone whether they are green, yellow or red, and only then are they permitted to enter.

The second-largest province in China, called Xinjiang Uyghur Autonomous Region of China, is no stranger to such surveillance systems. Cellular monitoring and widespread surveillance have been used heavily in the region since 2016.

Xinjiang has become one of the most surveillanced states, with over 160,000 cameras installed in the city of Urumqi by 2016, according to China security and surveillance experts. The surveillance in the region goes beyond the location and activity tracking that is being used in this pandemic, as government authorities heavily monitor messaging apps such as WeChat (equivalent to Facebook Messenger app) and online communication.

These surveillance systems in the northern region of China, however, are not used to monitor coronavirus, but the daily conversations of the Uyghur people, a majority Muslim ethnic group in this northern region of the country. Nurjamal Atawula recounts living in Xinjiang and being forced to flee after communicating on the messaging app WeChat. She was tracked and harassed by the police based on private messages. Once she left, her husband was arrested immediately and could not join Atawula as he had planned.

The heavy monitoring of personal data, individual communications, and surveillance cameras are used to gather personal information about people, their behaviors, and even their families. This information is then used to justify the imprisonment of nearly 1 million Uyghur and other minority ethnic people in the region into ''re-education'' camps.

Maya Wang, China Senior Researcher at Human Rights Watch, notes the use of integrated, jointed operation platforms, where authorities use big data systems such as a combination of facial recognition systems and public CCTV cameras to receive information from multiple sensory systems across the region. ''The use of integrated joint operations platforms and mass surveillance has essentially locked down Xinjiang, which is the size of 1/3 of Europe,'' says Wang. ''Essentially the government is able to calibrate people’s ability to move around, based on how much loyalty they show the Chinese government through technological means.

''If they use too much electricity,'' Wang continues, ''or enter the house through the back door and not the front door, if they donate too much money to the mosque, these kinds of irregularities, as defined by the engineers in the system, alerts the government officials to interrogate the Turkick Muslims involved, vet them, and some go to political re-education camps.”

Uyghurs are discouraged to retain their ethnic identity in fear of separatism from the larger nation, and it is considered a threat to practice the group’s religion. Rachel Harris at the School of Oriental and African Studies, University of London notes that the government sources have identified 75 types of behavior such as praying, eating halal, and growing a beard that show ''religious extremism,'' which is used to justify sending people to re-education camps.

''As an Uyghur I experienced from my childhood until when I left my homeland in 2000 frequent discrimination and witnessed brutal crackdowns on moderate dissenting voices,'' says Rahima Mahmut, UK Representative for World Uyghur Congress, who works as a translator for documentaries such as FRONTLINE’s China Undercover and BBC’s China: A New World Order documentary series. ''Every Uyghur family has a similar story, one more horrible that the other as a result of the brutal ethnic cleansing and cultural geocide that has been taking place since 2017 behind the closed eyes of the international community.”

Despite the high risk of imprisonment, Uyghur people around the world are wielding documentaries to provide a window into their world. Even highly produced documentaries such as those on BBC and Frontline highlight how much of what is happening in Xinjiang is still unclear to the general public. Information to the media is only allowed in the form of highly controlled press conferences or government statements.

As a result, many documentary makers have gone undercover to gather information. News outlets such as HBO VICE’s China’s Vanishing Muslims: Undercover in the Most Dystopian Place in the World used hidden cameras and posed as tourists to enter into the heavily policed Xinjiang region. Footage is constantly compromised and it is difficult to interview key players or capture this incarceration system to the full extent.

In an environment where traditional documentary practices are inaccessible, where it is allegedly impossible to get a video camera into the camps themselves, digital tools have to be utilized to the full extent. ''I’ve been going to this region for 10 years now as a researcher,'' says Darren Byler, a postdoctoral fellow at the Center for Asian Studies at University of Colorado, Boulder. ''The last time I was there was 2018, so already hundreds of thousands, millions were sent to camps, lots of people disappeared, and checkpoints were everywhere. I couldn’t really interview my friends—I couldn’t contact them; some of them were in camps, so it was impossible.”

Byler shared some of his methods for conducting research even in a state of heavy surveillance: ''You have to be very careful.... [however] all of this is online; it’s digital. If you have friends who know how to obtain materials, you can get data very quickly. So we can access things using satellite imagery, we can use things such as night-light vision to see if these camps are really being closed or not, and we can get the internal police reports—40,000 of which I am working through right now, which show very specific details what's happening on the ground, the capacities of this system and what are its limits.”

Byler also stresses the importance of ethnographic data, which he gathered by interviewing those who had been released from the camps. Many people are willing to be interviewed, particularly if they have left China, such as those living in neighboring countries such as Kazakhstan and Kyrgyzstan.

Uyghur people continue to share their story by utilizing social media to document their story. Many within China use fake or anonymous profiles to take part. Short video clips on platforms such as TikTok and WeChat are used to locate or mourn their family members. A drone video even was uploaded to social media, showing detainees transferred from trains blindfolded and shackled. These short documentary clips show the world how little we know about the inner workings of this incarceration system.

After losing contact with his family, Halmurat Harri launched the #MeTooUyghur social media movement. Like many in his community, Harri could not get in contact with his parents, only to discover they had been placed in a camp.

''I went to almost all western European countries and I talked to local Uyghur communities and encouraged them to speak up against what is happening to their relatives,'' says Harri. ''It is not against the law, even Chinese law, to search for your relatives who have disappeared. So then the media started to pay attention.”

''In February I launched the #MeTooUyghur movement and all of a sudden, within 24 hours, hundreds of thousands of Uyghurs started to post about their relatives who had been missing, possibly sent to concentration camps or been sentenced to prisons,'' Halmurat recalls.

Aziz Isa Elkun, a film director and research scholar at SOAS, University of London, has lost contact with his mother since 2017. After multiple attempts to contact her, he has produced his own short film, An Unanswered Telephone Call, to bring attention to the imprisonment of his family and his struggle to get in contact with them.

''The Chinese government is probably spending millions, billions for their own propaganda,'' Elkun says. ''But we can also produce our own films, documentaries... I simply wanted to make a voice through making this film and publicizing it.”

Technology has become a double-edged sword. It is being used to target and imprison the Uyghur people in China. At the same time, social media, news and documentary coverage has an undeniable role in sharing this treatment around the world, a tool of civic media in a time of emergency. Despite heavy and violent censorship, documentaries, both short and long, whistle-blow and highlight the lives at the stake.

Surveillance systems are now being utilized in unprecedented methods around the world. As the use of technology becomes increasingly intertwined with international concerns, the relationship between surveillance technology and civilian documentation presents a need to change in new ways as well.

Yi Chen is a journalist and graduate of Wellesley College. Her work has been featured in publications such as the Boston Globe, Women’s Foundation of California, and Elastic Magazine. She is also a Documentary Magazine Editorial Fellow.

END_OF_DOCUMENT_TOKEN_TO_BE_REPLACED

The Message Is the Medium: The Difference between Documentarians and Journalists