Hesitant Hommage: The National Film Board of Canada at 50 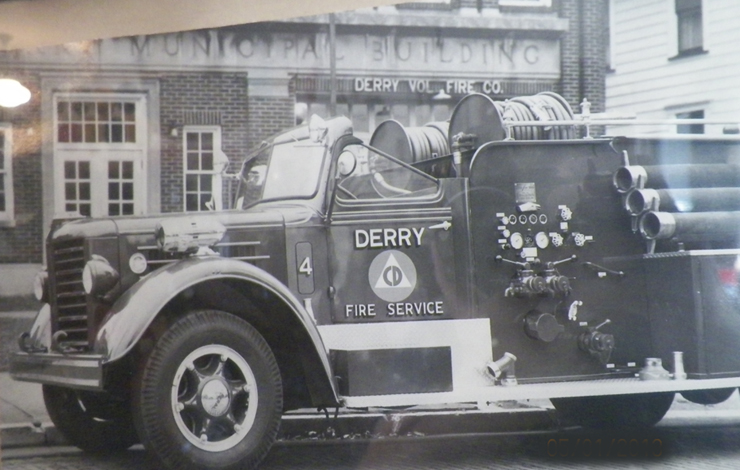 If you are looking for documentary, there are worse places to go than Canada, where it is not a dirty word. This year, there were two good reasons to go north. One was the annual meeting of the University Film and Video Association, held this year in Toronto; and overlapping somewhat, the 50th anniversary of the founding of the National Film Board of Canada, the most illustrious documentary institution in the world. Although neither "documentary'' nor "Canadian film" bring a gleam to the eye of the average American academic, the UFVA was on Canadian soil, and so it was only fitting to have a hommage to the Film Board. Looking at its retrospective, ranging from City of Gold (1957) through Lonely Boy (1961) and I'll Find a Way (1978) to Flamenco at 5:15 (1984) was an invitation to measure the Film Board's accomplishments against John Grierson's vision for it

"... why can't we say it and be done with it, the National Film Board will be the eyes of Canada. It will, through a national use of cinema, see Canada, and see it whole—its people and its purpose." (1940)

Nowadays, words like this sound like hype, the sales pitch for a new TV series, maybe. What hubris in that phrase about "the purpose " of a nation! Although in those days, in wartime, it was assumed that the people of a nation did have a common goal. And "national use of cinema"—as if cinema had any other purpose than to entertain the masses. But in the end, what strikes you most about this proclamation of the brilliant Scot is that it is pretty well what the NFB has accomplished, and what it is famous for.

The National Film Board of Canada was Grierson 's creation, and the spirit of the man, himself the coiner of the word "documentary", reigns over the place. I had not been to the National Film Board since I worked there in the 'Sixties. In those days, it was a joyful experience. Barely into filmmaking, I had never before worked with people who actually wanted to help, rather than protect some bureaucratic or imperial turf. It seemed to have changed little, except that the huge factory-like building was bedecked with bunting for the celebrations ; the corridors are still a rabbit-warren of cutting rooms and small studios. A vast sound-stage had been given over to the main business, and it was packed. Five hundred people had been expected, and 1500 came, from all over the world. Besides the main hanger, marquees had been erected outside on the lawns, where different workshops were held. Here are some of the topics discussed: who's out there watching?; the viewers—what they want—are they getting it?; changing tastes; the effects of television; young people and the documentary; the documentary and social change; the media and the documentary film—the subjective approach of the filmmaker and the 'objective' policies of the media; the innovative eye of women's documentaries; Third World images: where do they come from, anyway?; the market: the network explosion.

There was nothing on aesthetics. There was no attempt to define documentary, on which a great deal of energy can be wasted. Every subject was about documentary 's place in society. This could be interpreted as reflecting responsibility, or self­ righteousness, or even tyranny, depending on where you stand politically. A quotation from Grierson used in the written preamble to the symposium did not bode well: "... art is not a mirror but a hammer." No-one likes to be struck with a hammer, even in the name of Art, and if you are hit forcibly enough it is not unreasonable to suppose that you might get up screaming "propaganda!" And I have lived so long in the States that I was a little shocked to find a hall filled with people where leftist ideology was uttered without being prefaced by a shamefaced apology. And these were not marginals, but people not without power in their own countries—with the kind of media access that in the US is controlled by an anti-Left establishment.

The terror of art-as-propaganda petrifies bureaucrats in Washington and Ottawa faced with the ultimate horror—the loss of their jobs. The stain of "the Left" that smeared Grierson clings to the NFB itself. It was considered a hotbed of Quebec nationalism. In the wake of Canada's greatest crisis, the invocation of the War Measures Act in 1970 against revolutionary elements in Quebec, Robin Spry made Action, a film highly sympathetic towards the separatist cause. So it is a tribute to something at the NFB—perhaps its skill in turning itself into a national institution—that with its open social agenda it has been able to survive for so long. But there are problems—voiced often at the Montreal symposium—about the NFB's future that are enormous. The NFB has an unparalleled record; as long as it receives government funding, it can go on turning out respectable films, even with a little hardening of the arteries. The question is (and this should be asked both inside and outside the NFB), should it? There are murmurs that the Mulroney government would like to sell it off. In the early days, the NFB was heroic in its determination to take film to the people. It sent mobile projection units rolling across the vast landscape of Canada, seeking out isolated communities, and linking them together in a chain of Canadian being. There is undoubtedly a great Canadian cinema, but it has never been accorded full recognition because it has no glamour: it is documentary.

Once television took hold and pre-empted documentary and current affairs—both still very strong at the CBC—it was very hard to justify the NFB's continuing existence in its original form. It did come up with Challenge For Change in 1967, a series intended to put the tools of documentary into the hands of those at whom the camera was usually pointed. It has repeatedly given assistance to Canadian filmmakers outside the Film Board, most recently to Nettie Wild and her brilliant A Rustling of Leaves. It has trained Third World filmmakers. It gained a new lease of life when it branched out into feature film, especially with the spark of Quebec nationalism. But now features are horrendously expensive. And with regard to documentary, the NFB's position is so ill-defined that there is never any guarantee that the CBC, seemingly the natural outlet, will even air the work that the Film Board produces: after all, it competes with CBC's own documentary production, and calls into question its autonomy. Another part of the preamble (written by Andre Paquet) to the Montreal meeting expresses this frustration:

"... documentary-makers are finding it hard to accept the out-and-out demise of this major cinematic genre, which today seems fated to become, at best, a minor television genre."

But in the sense of having a mass audience, documentary has never been "a major cinematic genre ". Where it does often have a mass audience is precisely on television. If "major genre" is intended in an aesthetic sense, then it would be hard to argue that documentaries produced for television are in some way inferior to those made for the cinema screen. What I sense behind these words is the NFB's own failure to come to terms with television and find a new role for itself. Fifty years after its birth, it is undoubtedly a venerable institution; but like the BBC, it is very much under siege.

From the evidence of the panels and speakers from the floor, and the films shown, there is little to suggest that documentary itself is on its deathbed, other than a sense of foreboding about television's current fluid state. Pea Holmquist from Sweden told us how independents had shamed the government into funding a distribution system for documentary throughout the country, and suggested that everyone else should mount the barricades to do the same. Those of us who do not have the good fortune to be Swedes know that it is the only country in the world where politicians are capable of feeling shame. Beyond that soft breath of Utopia from the West, if you looked around, nobody in the audience seemed actually to be starving. Nick Hart-Williams, formerly a commissioning editor with Channel 4, claimed that the establishment of that channel had spawned 500 small production houses in Britain—although Haile Gerima resentfully indicated that Channel 4 was no better than PBS in its treatment of independents, and even implied a modicum of racism. But this accusation was countered by Manjira Datta of India, who described how Channel 4 had been in every way helpful, even when she had gone over budget. Marc Weiss was upbeat about public television in America, offering POV as an example—but without going into the delicate matter of how much was actually being paid for the programs aired. Of course, none of this optimism extends to the Third World, where you have to be certifiably insane even to think about undertaking documentary.

There is a great divide between the documentary filmmakers of the world that is almost a class division ; it is certainly geographical and political. Those countries that have a strong social democratic tradition, roughly speaking Northern Europe and Canada, also have a strong documentary tradition. Money is forthcoming from government organizations to sustain documentary even when it criticizes the government. Outside of this northern tier, you have pockets of documentary or individual films that exist in defiance of economics, logic, and politics. Then you have the curious case of the US, which has the wealth to support a substantial documentary culture, but where the process of fundraising becomes a martyrdom by attrition; the situation where a documentary typically takes four or five years in the making prevents the thorough professionalisation of America documentary filmmakers, in contrast with their counterparts in the northern tier. At the same time, the networks have been dismantling what documentary units they had and moving towards docudrama and dramatized news. What should be clear is that documentary does not thrive by spontaneous generation but by a system of patronage—the Empire Marketing Board, the National Film Board of Canada, CBS Reports, Granada's World in Action, CBC's See It Now, all of Channel 4's production—which creates stables of filmmakers, giving them room for experiment, including the luxury of failure. In America, that can't be said to exist. While it was stimulating to visit Montreal in this jubilee year for the National Film Board of Canada, it was hard to come home to reality.

END_OF_DOCUMENT_TOKEN_TO_BE_REPLACED

Canada at a Crossroads: Documentarians' Dilemma Lies in the Cultural-Commercial Disconnect