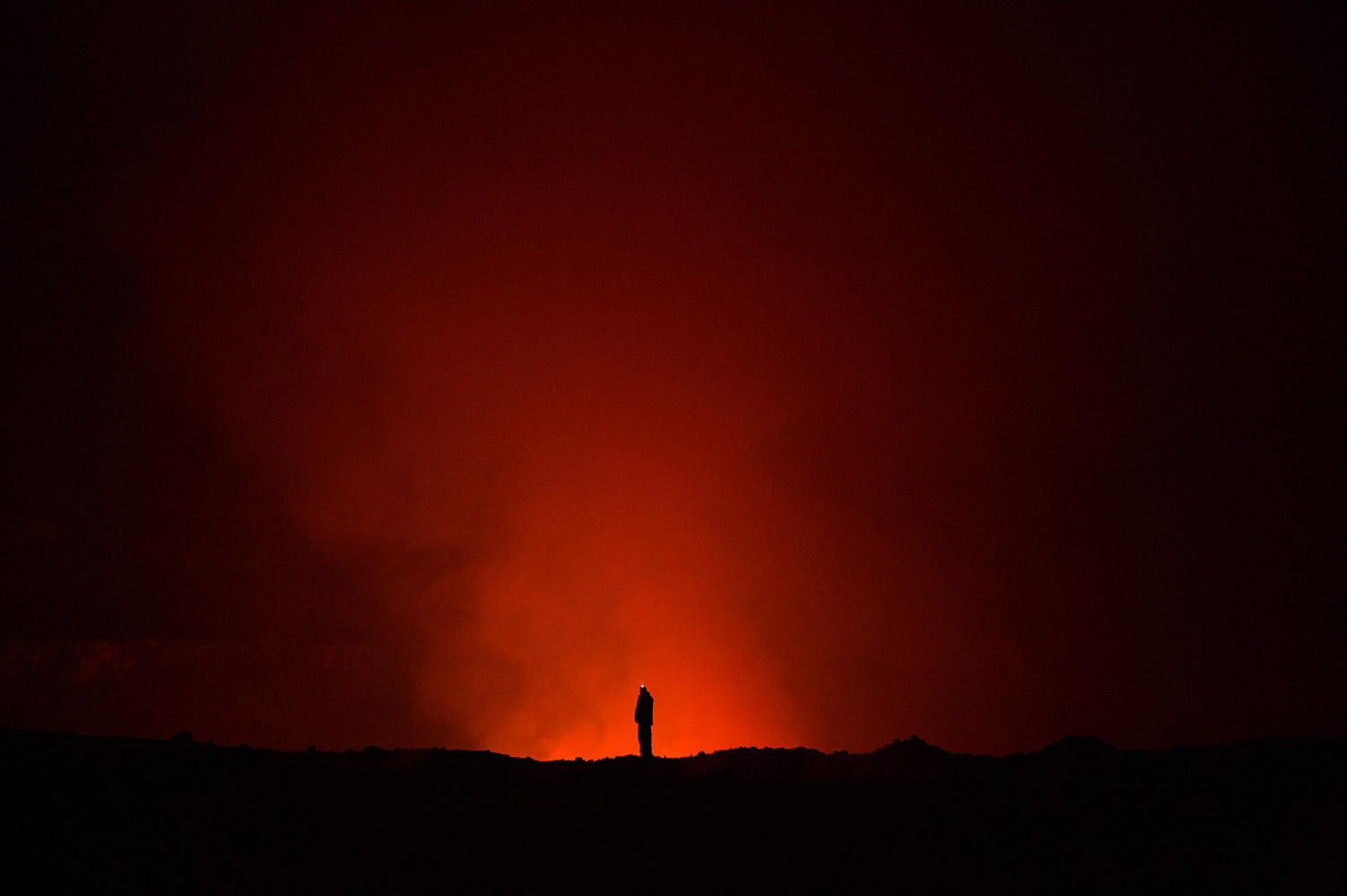 Recognizing that the world is in a perilous state—and that they are in a position to do something about it—three major environmental film festivals have ratcheted up their industry activities. Closely mirroring the documentary industry as a whole, for these festivals it’s all about engagement, immersion and making connections.

Jackson Wild, formerly Jackson Hole (Wyoming) Wildlife Film Festival, has not only rebranded and become an annual event, but has fundamentally shifted its ethos to focus on engagement. “It's a real pivotal shift in philosophy and programming,” Jackson Wild’s executive director, Lisa Samford, says. “We live in a different time of history, and the needs right now are far more urgent than they were 30 years ago, in the sector of science and nature and conservation particularly.”

The festival sees itself as a platform for fostering collaborations and high-impact storytelling across a range of media. “The role of media changed dramatically from where we began 30 years ago,” Samford notes. “It's no longer sufficient to entertain or inform. If media doesn't serve as the connective tissue between a person and the world around them, then we're wasting everybody's time.”

Jackson Wild’s new approach focuses on four pillars of engagement: summits, awards, new frontiers and global impact. “We're just a little conference,” Samford explains. “But what we do well is we amplify the work of everyone else. What we do with our conferences, with our convenings, is we bring together disparate stakeholders that share that sense of purpose and urgency and use media to amplify efforts to restore and protect the wild creatures and places on the planet while we can still do so. It's really that simple.”

Similarly, Michael Cain, president and co-founder of Dallas-based EarthXFilm, says a major strength is getting some of the power brokers in the room. The film festival runs tandem with EarthXConference, attracting over 175,000 delegates from 650 organizations. Cain recalls how Jeff Orlowski, whose Chasing Coral opened the first EarthX film festival in 2017, marveled at the audience: “Afterwards he said, ‘Michael, I never have Republicans in my audience. I never have anyone other than the same people, and I love the same people, but I'm looking to change the world. If I'm looking to change the world, you've got people that normally will not come to an environmental event.’ And because [EarthX co-founder] Trammell Crow is a Republican with a ponytail who's opened up an environmental event in a blue city in a red state, it's this interesting mix.”

That mix can sometimes lead to uncomfortable bedfellows, such as when the film Unfractured won the film competition in 2018, when many pro-fracking companies attended EarthX. “[The filmmakers] came in and were outraged by the fact that we had some of the organizations that we had at our event,” Cain recalls. “I said ,We're all about the conversation.’ If they're willing to come in and put themselves out there and you have your moment to say, ‘I think you're Satan; I think you're horrible,’ then we'll usually allow that conversation to happen. So it's our honest belief that it's only through conversation, it's only through trying to take down the barriers that exist between us, and film does a great job of doing that.”

For Lucie Muir, chief executive of the Bristol, UK-based Wildscreen Festival, which has been running for 30 years, there has recently been an increased push to drive home the issues underpinning the festival films. “We took a lot of time in the 2018 festival to make sure that each session that we were talking about conservation or a particular issue the planet is facing,” says Muir. “So whether it be plastics or deforestation or ocean acidification, we make sure that our speakers and content and every element are talking about those issues, so it's absolutely ingrained across what we do as an organization.”

All three festivals are looking to new ways of storytelling, VR and new platforms. This year’s EarthXFilm featured no fewer than 50 immersive projects, up from five the first year of the festival. Cain says that such experiences are a potent way to stimulate interest quickly: “Within seven minutes you really get somebody to understand either the plight or the beauty of the planet and to engage them into moving them into the next phase.” Some of the projects are standalone, while others, like Ghost Fleet, includes a film and virtual reality component.

The small Wildscreen team has just moved into shared office space in Bristol with the UK’s first VR cinema, Limina. The cinema has featured a number of natural history experiences, the most successful being Ocean, Body and Mind. Says Muir, ”It's definitely something that is growing in our industry and I think lots more people are seeing that instead of it just perhaps being an add-on to particular programs or broadcasts, it's actually a primary tool itself, in terms of telling those stories, helping to reach people's hearts and minds about particular conservation issues or species. It's a great way for people to travel to the places and species that we're trying to protect and get close to the people that are doing that all right next to those animals.”

For Jackson Wild’s Samford, augmented reality offers the most potential. “With virtual reality, we've figured out how good stories can be told. The possibilities with augmented reality are equally intriguing to VR, if you start imagining going into a natural history museum and never ever seeing another diorama, or being in the Serengeti and having the creature run out from behind you and pull down the impala in front of you.”

The increasing numbers of ways to tell high-impact natural-world stories has been accompanied by a diversification of the storytellers, with evolving technology opening up the possibility for many more people to tell their stories.

“To jump into filmmaking as a career 30 years ago required a huge financial investment,” Samford maintains. “The first film camera I bought, I took a loan out for $45,000. So in those days there was a really big barrier to entry, and that was just really money, getting into the business at all. And with the change in technology and the accessibility of really high-quality cameras at reasonable prices and people's ability to edit film and just the general sophistication of people as storytellers using media to connect themselves with each other in the world, there's been a huge democratization. And more exciting, really, than just looking at it broadly is with the SVOD platforms particularly, it's possible for anybody to tell their stories.”

Samford notes that alongside the blue-chip series like Our Planet and Blue Planet 2, there are many more rough-and-ready storytellers. “Don't you think that's the beauty of the world we're living in right now?” she marvels. “At the same time you've got this multimillion-dollar, multiyear, eight-part series extravaganza,  you've also got Joe Blow's YouTube channel that is his experience as an Inuit fisherman. They both live side-by-side in the world and make an impact and inspire people.”

Muir is seeing many more human stories coming through the programming. “Previously there were a lot of films that were very much focused on the species themselves. Now the interaction between humans and the natural world is becoming much more powerful. And also I'd say something that we saw in the last festival was human stewardship of the planet. So programs like One Strange Rock, some people wouldn't think automatically, ‘That should be in a wildlife film festival,’ but actually it's taking a step back and looking at the important impact that humans have on our whole planet and the importance that the world will be playing in stewarding it in the future and protecting it for the sake of the natural world, but also for our own sakes.”

Training and engaging the next generation of filmmakers is another focus for the festivals. “More and more filmmakers are trying to figure out ways to create a story that feels like it's being told from within—giving voice to a story maker who wouldn't necessarily have the skills or access to become his or her own voice.” Samford maintains. She was surprised to receive 750 applications for 16 fellows undertaking a one-week production boot camp, a dramatic increase from previous years. “It's really remarkable and gratifying because it just speaks to how important this next generation really gets what media is in terms of moving the dial.”

Cain agrees that the next generation of filmmakers are at the heart of EarthXFilm’s efforts, as they prepare for the 50th anniversary of Earth Day in 2020. “We're engaging youth in a much bigger way than we ever have before to create cub reporters, to create storytellers,” he says. “And we're linking them with seasoned filmmakers so that they're going to be the ones helping them become storytellers. I have great hope for what the future brings.”

Carol Nahra is a journalist and documentary lecturer based in London. She blogs at www.docsonscreens.com.

END_OF_DOCUMENT_TOKEN_TO_BE_REPLACED

Adventures in Storytelling: Pushing the Boundaries at Jackson Hole