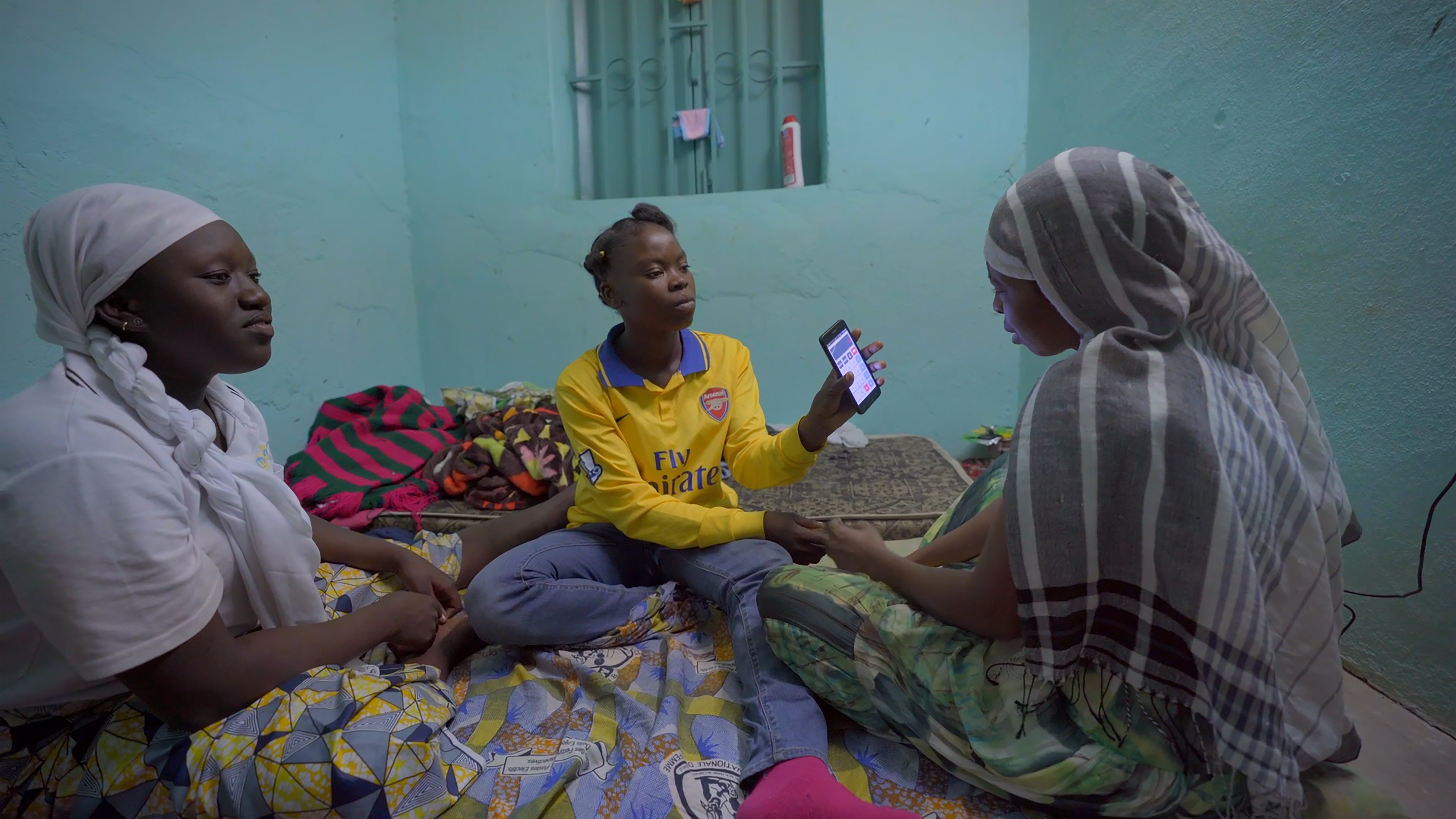 On a cold Berlin afternoon in February 2022, Nigerian filmmaker Ike Nnaebue presented his debut feature documentary, No U-Turn, to a public audience for the first time. Nnaebue’s strikingly personal documentary, in which he attempts to retrace a journey he embarked on 27 years ago—the tumultuous migrant route from West Africa to southern Europe—premiered in the Panorama section of the Berlinale.

No U-Turn, which received a special mention by the Berlinale documentary jury, is part of the Generation Africa project, an ambitious collection of 25 feature-length, medium and short films centered around the hot-button issue of migration on the African continent.

Generation Africa is an initiative of the South African nonprofit Social Transformation and Empowerment Projects (STEPS), a media organization that uses documentaries to consolidate social change, particularly in Africa. 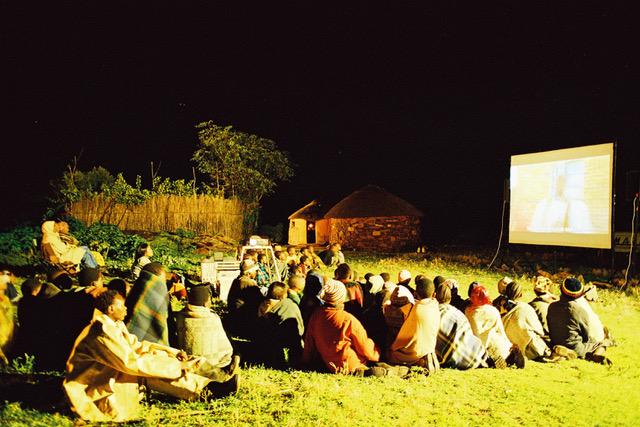 According to STEPS co-founder and documentary stalwart, Don Edkins, the objective of Generation Africa—and STEPS, ultimately—is about giving voice to disadvantaged people and communities through film, while also finding strategic ways to spark conversations on some of the most pertinent contemporary issues. Of the unique role of Generation Africa, Edkins explains, “The focus is on social and environmental issues that people face in the communities locally but also globally. When we started Generation Africa, we took a look at the continent and saw this enormous youth population without a voice. We weren’t listening or learning from young people about their challenges, dreams, opportunities, or lack thereof.”

Generation Africa is the fourth cycle of projects undertaken by STEPS since its inception in 2001. STEPS has also executed projects themed around structural causes of poverty, as well as the role of democracy in governance.

Conceptualized at a time when the global news media was awash with reports of a “migrant crisis” in Europe, with images of African youth crossing the Mediterranean into Europe becoming morbid fodder for politicking, Generation Africa sought to regain control of the narrative and frame it within the proper context. For one, the bulk of migration involving Africans was happening within the continent, not outside. And the lurid headlines and fear-mongering stories mostly failed to capture the humanity or lived realities of the migrants.

The films in the series go deep into the issues—personal, social, economic, and environmental factors that surround migration, within Africa and outside, but mostly within. The portraits that emerge are often fully realized, compassionate accounts that present their subjects as human beings armed with agency and exercising their basic right to move across borders.

Some of these stories are heartbreaking, some breathtaking. Ousmane Samassékou’s The Last Shelter, which won the grand prize at the 2021 CPH:DOX, manages to be both. The director embeds himself in a halfway home for migrants close to the desert and captures the beauty in the wrenching stories of broken people and survivors alike. There are stories that find joy in the simple things. Rumbi Katedza’s Transactions is a racy chronicle of a Zimbabwean family that remains close-knit and in good spirits, even while members are scattered around the world. 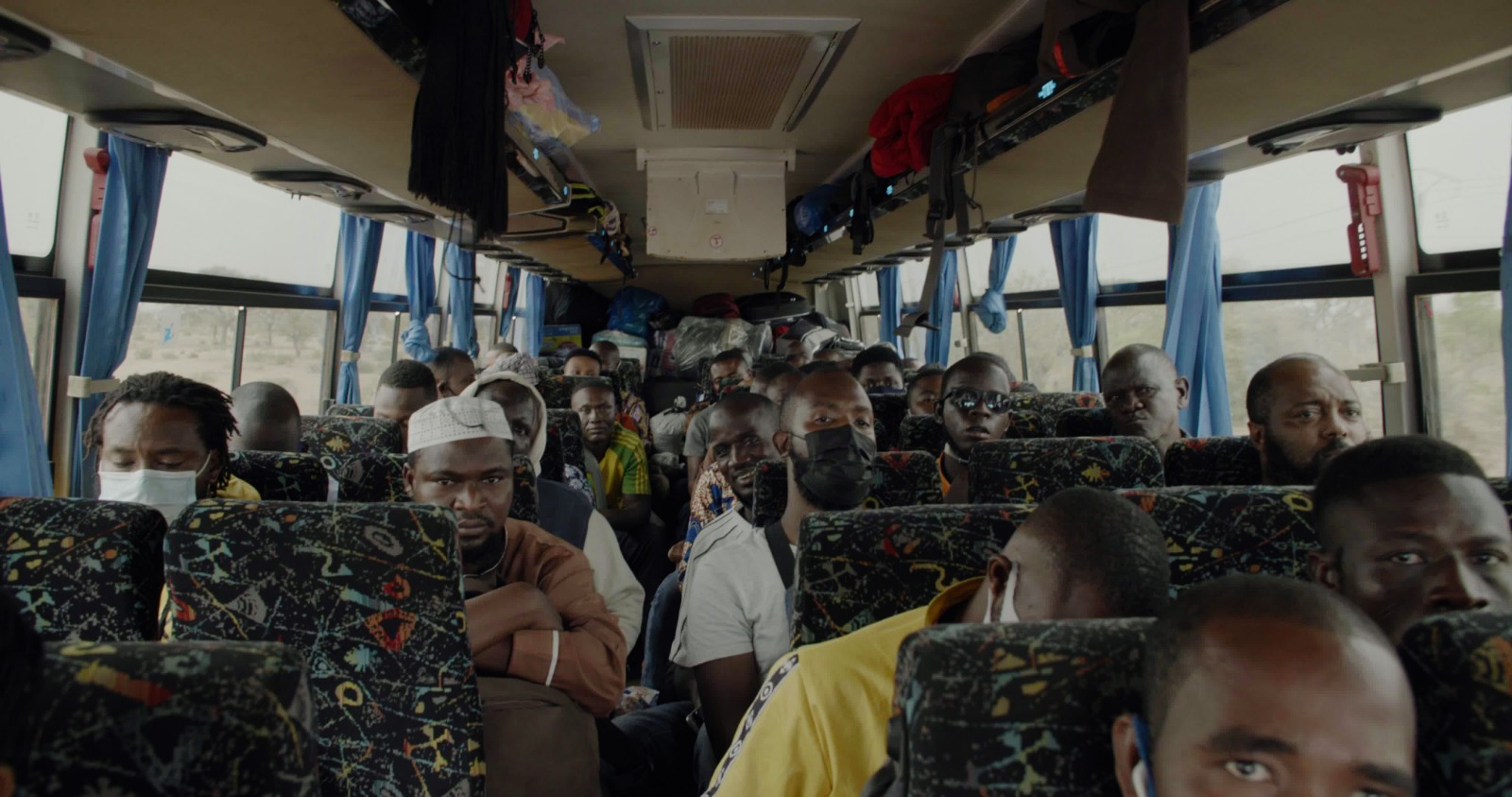 The films in the collection have a common thread of deconstructing migration, but many of them cover a wider gamut of issues relating to the experiences of young people on the continent. Noella Luka’s What’s Eating my Mind investigates mental illness, a taboo topic in many communities. Fatimah Dadzie’s Fati’s Choice considers female participation in migration and the changing roles of women in traditional societies. Many of the films depict how migration impacts families and empowers communities in ways that global development aid does not always succeed. It is impossible to engage with the films in the collection without confronting relatable characters presented as living, complex beings.

These films went through a rigorous curatorial process, though, especially with respect to matters of duty of care and accountability.

Historically, documentaries made in and about Africa have been skewed in ways that have not always been the most edifying. With this in mind, plenty of thought and effort has gone into creating documentaries that engage with their subjects and themes in ways that are respectful and authentic.

Tiny Mungwe, producer on Generation Africa, talks about the principles guiding the selection. “One of the things we noticed when we put out the call was that the majority of the stories had filmmakers hoping to speak on behalf of people, without providing enough evidence of engaging with their subjects. We were attracted to projects where the filmmakers established a clear connection with the community and had a shared interest in starting social change by telling stories with the community. These are the types of stories we tried to identify and take into the development process.”

With the participation of an international consortium of partners, the projects are developed with professional support for the filmmakers at all stages of the production process. Experts were invited to reflect with the filmmaking teams about their ideas and the possible results. For many of the filmmakers, it was a different way of working and thinking about film. Edkins reflects, “For filmmakers that rely on NGO work, it is a shift in terms of their storytelling, and I think that has been interesting, working with them to help understand the possibilities that this offers.”

Mungwe is quick to impress that the film teams retain the freedom to tell their own stories. She stresses, “Rather than dish out a way of making documentaries, we want to create a space to free our filmmakers of any biases.” She continues, “There isn’t a formula that we are parachuting into people. We are asking them to really interrogate why certain conventions exist and how well those conventions have worked, historically and today.”

With the focus on east and west Africa—regions that do not necessarily have strong creative documentary industries—and on younger filmmakers in the early phases of their career, instilling an ethically sound culture of responsibility, equity and accountability in the documentary-making process came with its own rewards. 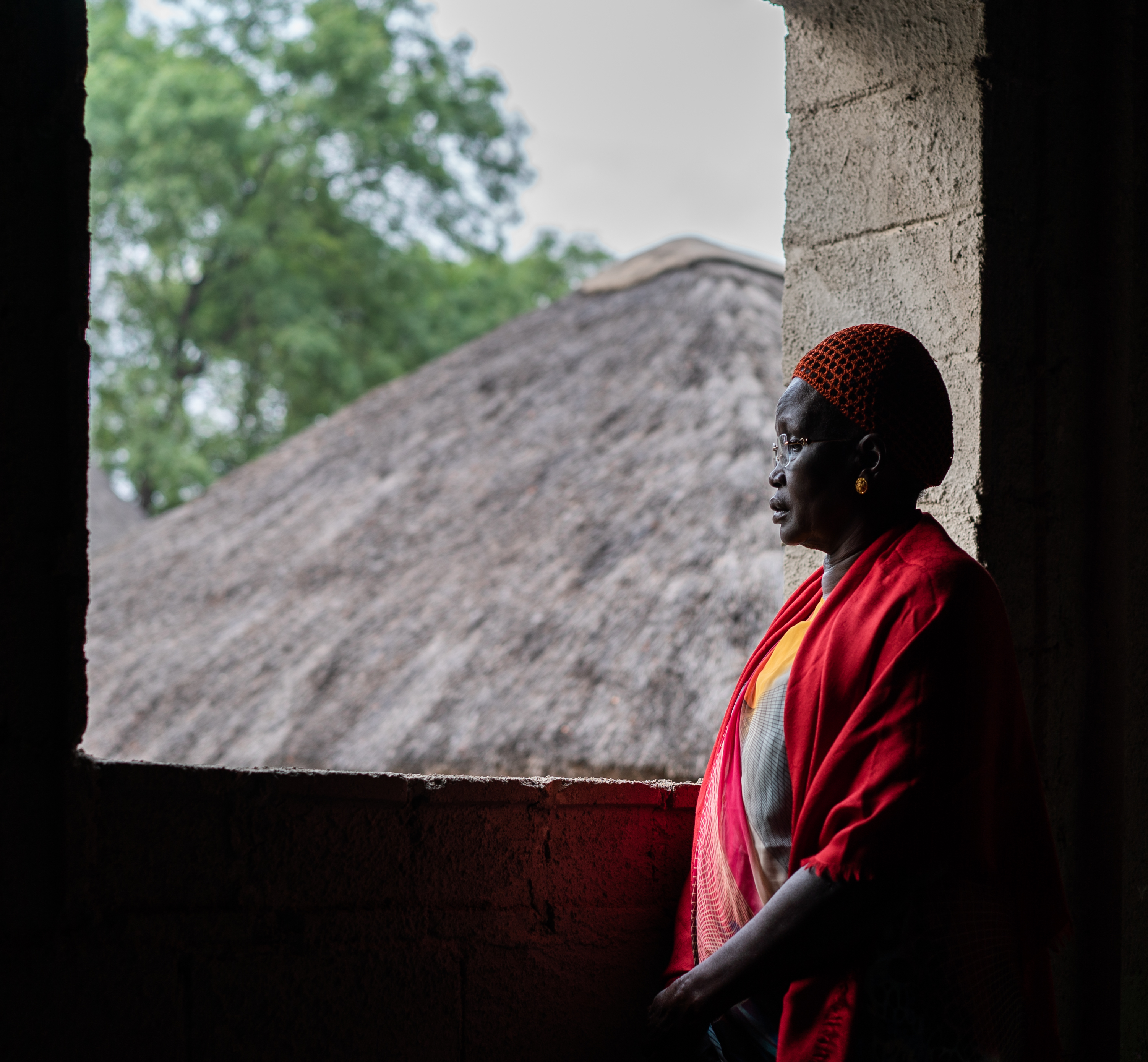 Akuol de Mabior, whose debut feature-length doc, No Simple Way Home, also premiered at the Berlinale—a first for South Sudan—found this to be the case. Navigating the realities of shooting her film’s protagonist—her mother, who also happens to be one of South Sudan’s vice presidents—was easier because her core crew of cinematographer and sound recordist was composed of women. “It was important that we were three East African women,” de Mabior shares. “My mom took us in like her daughters; that is how we were able to maintain a level of intimacy such that filming in her bedroom did not feel awkward.”

Beyond the festival circuit, all the films in the Generation Africa collection will be available for free on AfriDocs, the pan-African streaming platform set up by STEPS to distribute African documentaries, for anyone on the continent with Internet access. Future generations of filmmakers will thus have access to locally relevant, world-class documentaries. Viewers elsewhere will be able to access the films through broadcast agreements between STEPS and global partners. Building documentary communities is at the heart of the work STEPS does, and with Generation Africa, that culture is being reinforced. Getting the films to audiences is just as important as creating them.

STEPS was conceived in the late ‘90s as a reaction to the stories of death and devastation surrounding the HIV/AIDS pandemic, which hit South Africa hard. The original cycle, dubbed Steps for the Future, included 38 HIV/AIDS-themed films from seven countries, each one offering a different narrative to what the global media was peddling. The project pioneered mobile cinemas, organized community screenings, and distributed local-language versions of the films via support groups. Facilitators were trained to organize discussions at the community level to enable people to take control of their decision-making process.

These methodologies have been revisited with successive project cycles organized by STEPS, and have proven to be effective in reaching new audiences and driving behavioral change. With most of the Generation Africa films now nearing completion, participating filmmakers are being supported to draw up strategies that will drive engagement within their respective communities. This will aim to create a dialogue on what migration means to people and how it can support development in their communities. For Ike Nnaebue, the Berlinale premiere is only the beginning of the impact that he hopes to achieve with No U-Turn. Having abandoned his own quest to migrate to Europe decades ago, he wants to use his film not just to discourage migration through dangerous routes, but also to drum up awareness and raise funds to resettle and integrate people who would like to come back home.

Nnaebue credits Generation Africa for putting him in a position to give back to his community and for linking him with a global network of filmmakers and resource persons. He concludes, "You can never underestimate the power of the collective."

Wilfred Okiche has attended critic programs and reported from festivals in Locarno, Rotterdam, Stockholm, and Sundance. He works as a film critic and occasional programmer and has garnered experience covering and writing about documentaries, Nollywood, and African cinema. His writing has appeared in Variety, IndieWire, Filmkrant, and Senses of Cinema, among other publications.