It's Not Such a Small World After All: Know Your Distribution Rights Opportunities 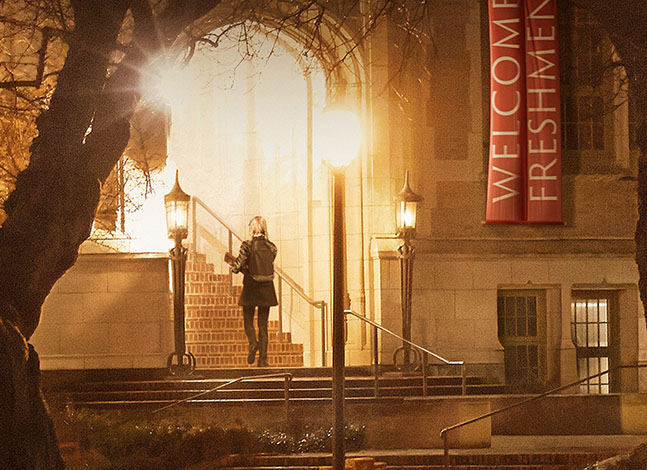 In the digital era of global film distribution, we often hear this phrase: “The world is getting smaller.” That certainly feels true.

But let’s take a step back. The world is the same size as it has always been, and it is full of opportunity for indie docs and the people who make them.

What has changed is the emergence of digital platforms that provide audiences all over the world access to the same film. For documentary filmmakers to maximize audience, impact and revenue on a global scale, it is critical to understand these new digital opportunities in relation to the added value of traditional regional media in each country, such as terrestrial and cable television, theatrical, educational and semi-theatrical distribution.

On the one hand, it is dreamy to see these powerful, influential documentaries become available to so many more people around the world with even a single digital license. Transactional platforms such as iTunes, Vimeo and Google Play, as well as subscription platforms like Sundance Selects, Amazon and Netflix, are allowing great docs to be seen on-demand in living rooms and cafés the world over. Better yet, SVOD (subscription video on demand) companies like Netflix honor these films with license fees that acknowledge their value in the same way broadcasters do. That’s great for documentaries!

In addition, the arrival of Netflix and Amazon as major SVOD players outside the US has stoked the competitive fires under foreign theatrical companies and broadcasters, who must now pay closer attention to new offerings, recognizing that they have to respond more quickly and be more aggressive with their terms. It’s been good for documentary filmmakers and the companies that distribute their films.

But there is a troubling side effect. Without meaningful representation in territories outside North America, global rights are increasingly being sold off as part of a domestic deal before the whole menu of international opportunities is explored. And while some of the global deals may make sense, accepting them too soon after a film’s premiere may hamper the important work that a film can do, territory by territory.

The incentive is lost not just from a monetary perspective, but there is also a loss in confidence that the foreign sales company can make the rights management pieces work cohesively together within their legal licensing agreements. For example, a BBC license, which requires catch-up rights after each broadcast, can conflict with SVOD licenses, unless the same sales agency is synching up each license.

There are also a number of “New Media” clauses with foreign broadcast licenses that have to be fashioned to fit a digital release. Furthermore, with global digital rights gone, foreign sales agencies are less likely to push hard to get already challenging theatrical deals, or spend time on semi-theatrical screening opportunities. In short, broader global opportunities can be missed when international digital licenses are sold off before a film has the opportunity to explore all foreign options.

It doesn’t have to be that way. A foreign sales agency can and should be in the negotiating room with your domestic sales agency to make sure that all rights and platforms are pursued and strategically windowed, territory by territory, with international digital deals for the rest of the world as part of that bigger strategy. To accomplish these goals, the foreign sales agency optimally will have all of the rights available to work with, just as any domestic agency does.

Kirby Dick and Amy Ziering’s The Hunting Ground is a good example of what can be accomplished with an international strategy that recognizes both the global and regional opportunities at play. The film premiered at Sundance with a number of international presales in place, including broadcast, theatrical and digital.

Strategic global windowing, combined with a filmmaker track record among foreign commissioning editors, produced (1) presales to six European broadcasters; (2) a theatrical deal in Australia; (3) a semi-theatrical campaign in the UK targeting hundreds of educational institutions; and (4) a presence for the film on digital platforms worldwide. In addition, one broadcaster—Canal Plus in France—in a groundbreaking marketing move, will even be taking the film on a semi-theatrical/discussion tour on French campuses as a lead-up to its broadcast. As a result of this comprehensive strategy, the film’s audience and revenue is maximized and, equally important, the filmmaker’s global cachet is strengthened.

The stakes for these films have never been higher. Documentaries are playing a bigger role than they ever have in our global media, as the genre continues to grow in popularity, and as many documentary filmmakers have taken on much of today’s investigative journalism. Considering the kind of impact a documentary can make, it is critical that the full spectrum of international rights is thoughtfully strategized.

“ROW”—“rest of world,” as the industry calls it—isn’t small at all; it is a giant place of unimaginable opportunity and importance for your film and your career longevity. Give it the same consideration as you do your US strategy.

END_OF_DOCUMENT_TOKEN_TO_BE_REPLACED

Less than Everything you Wanted to Know About Distribution