5 Questions About Frederick Wiseman With KJ Relth, Director of Programming, The Cinefamily 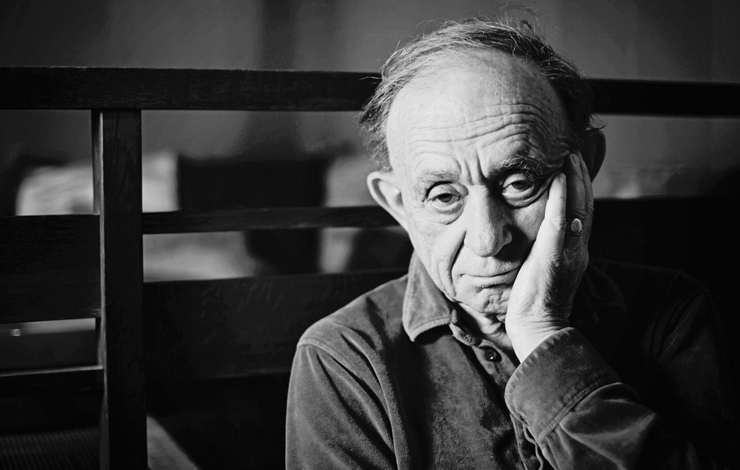 I want to call Cinefamily's upcoming Frederick Wiseman retrospective one of the key documentary events of the year, but that would be selling it short. The 43-film series will actually run over the course of four years - every late summer and early fall from now through 2020 - taking Los Angeles viewers through the complete filmography of the Cambridge, Mass.-based nonfiction icon.

Wiseman's documentaries follow a subtly recognizable house style. They are immersive and famously unobtrusive studies of mostly American institutions, capturing the interplay between people and structures while avoiding on-camera interviews and voiceover editorializing. However understated, his work reflects an empathic, intelligent point of view through careful editing. Wiseman generally shoots in long takes, creating drama by choosing when and where to conclude a scene.

Considered in total, Wiseman's films represent not just the work of a patient, generous observer or acute social critic, but a towering cinematic artist.

The series kicks off this weekend with a 35mm restoration of the 1967 Direct Cinema classic Titicut Follies, and a master class with Wiseman himself.

To get the inside scoop on the retrospective's grand ambitions, we spoke to Cinefamily Director of Programming (and former IDA Communications Manager) KJ Relth, who co-programmed the series with Founder/Executive Creative Director Hadrian Belove.

Frederick Wiseman has made 43 films, many of them over three hours in length. Cinefamily is devoting four years to the retrospective. Why was it important that this be a complete retrospective of Wiseman's films?

To our knowledge, the last time that all of his inimitable works were screened as part of a full career retrospective was back in 2001 on his home turf in New England, when he had 31 films in the can but showed no sign of stopping. With In Jackson Heights, which made a huge impact when it premiered at TIFF 2015 and put Wiseman back in the broader documentary conversation - as well as the fact that Wiseman's 50th anniversary of filmmaking is just around the corner - we knew it was the right time to shed light on all of his work in full, starting with the brand new restoration of his debut film, Titicut Follies, which was considered quite rare and unavailable, primarily due to legal disputes, until very recently.

Our audiences look to us for discovery, but also for curation. We hope that by spreading this retrospective out over four years, we can give them little tastes for a longer period of time, keeping them coming back for more Wiseman year after year. 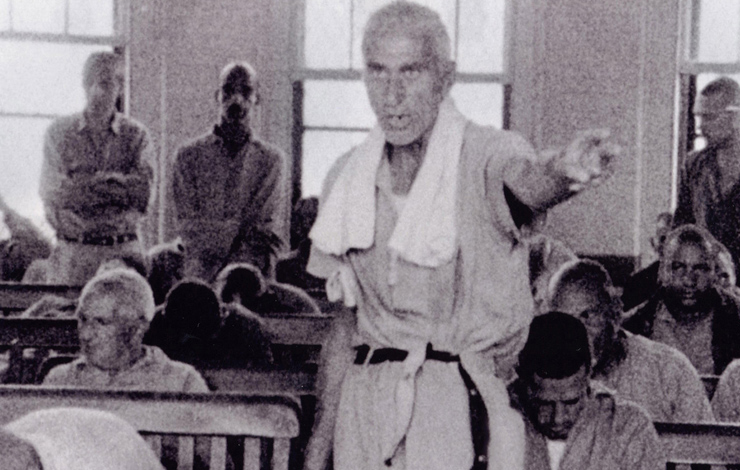 Wiseman clearly believes in the importance of institutions. Do you think it's significant that this event is happening at a community-oriented nonprofit like Cinefamily, rather than the museums and university archives that have previously done Wiseman retrospectives?

Anyone who has seen his latest, In Jackson Heights, would agree that Fred is, at his heart, community-minded and also mission-driven in his filmmaking vision. There's something so essentially human in each of his films, whether we're exploring our own consumer culture in The Store (1983) or watching civilians transform into fighters in Basic Training (1971). To bury him within a program at a stodgy museum, I believe, is doing him and his work an extreme injustice. We want to bring his films to the broad range of humans who come through our doors at Cinefamily day after day.

We cut a trailer that I think helps to recontextualize and reframe his work as more universal and evergreen than just an archival document of a time and place, and we know that once our audiences get curious, they'll be hungry to watch more. 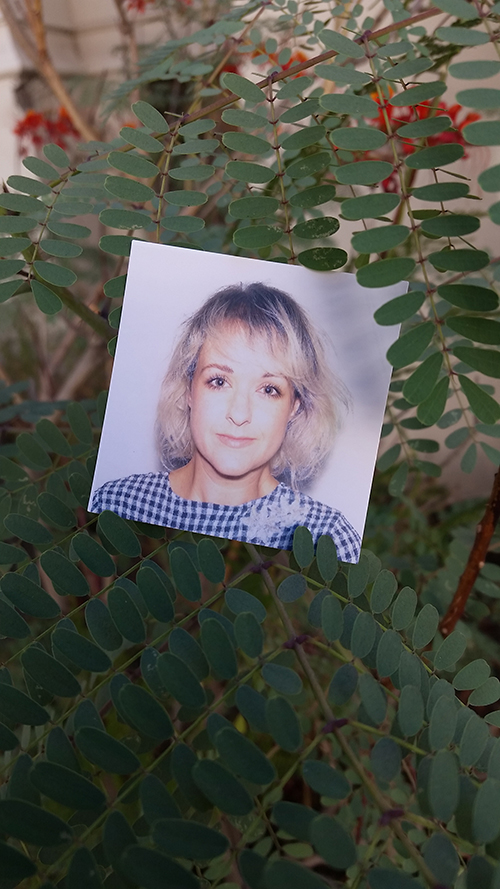 Wiseman is a living legend in the documentary world, but do you think there's an aspect of his work - or, perhaps, a specific film - that remains underappreciated?

Wiseman is not the showiest of filmmakers. He is incredibly understated, not just in his fly-on-the-wall approach to filmmaking, but also in his public life, never one to toot his own horn or lobby hard for consideration or appreciation. He makes films to uncover the truth beneath the routine of daily life, and in the process finds something more human than perhaps anything else ever captured on film.

The crux of Part I (1967 - 1976) of this retrospective takes us inside different American institutions - a high school, a mental institution, a hospital, the Army, a monastery - to witness as life unfolds before his unobtrusive lens. In an era of documentaries that push subjective political agendas and lobby for pointed social action, Wiseman's films remind us of that which is inherently political and nuanced about relationships, interactions and small gestures. He doesn't hit us over the head with a message; inevitably, one does emerge. And that message might be different for you than it is for me. Wiseman has a way of capturing the experience of all genders, as well as cross-generational and multi-ethnic experiences, allowing each audience member from every walk of life a different kernel of truth to take with them out into the world. He puts a mirror up to each of our faces by so honestly capturing the lives of others.

What's the most challenging part of programming such a large-scale retrospective?

The biggest challenge was finding a consistent vertical over the course of 10 weeks that worked for us. We knew that we would run the new 35mm restoration of Titicut Follies for a full week, to give that its proper due, and to give more than just one audience a chance to see Wiseman's impressive first-feature effort. Same with the new 35mm restoration of High School - it's so timeless, and is perhaps the one in this first batch that goes down the easiest. Audiences will find that running here for a week, as well.

There were nine more films to take us through Meat (1976), and, after much deliberation, we locked almost every one of these single screenings, starting with Basic Training, on a Saturday as a matinee. We've been finding that there's a sweet spot that really works for certain titles, especially the more challenging films, that typically begins between 3:00 and 5:00 p.m. and lets out into the evening's twilight. This "arthouse at twilight" spot allows our audiences to walk out of a thoughtful, focused experience into the-not-quite darkness, with time to discuss the film they've just witnessed.

Were you always committed to showing everything on 16mm and 35mm film, or did you get lucky?

We worked directly with Wiseman's company, Zipporah Films, to make this retrospective a reality. Since he still owns the rights to all these materials and acts as his own distributor, it was easy to find these prints directly at the source. Whenever possible, Cinefamily aims to show prints. I can't even begin to tell you how excited we are to see these brand new 35mm prints of Titicut, Hospital and High School up on the big screen! We just got them in-house the other day, and everyone on the programming team squealed with delight when we saw the cans in the lobby fresh off the FedEx truck.

It's going to get a bit harder once we get into the '80s, however, and we might have to make some concessions to show a couple HDCAMs and other digital formats. Whatever the format, we are fully committed to an entire four years of Wiseman every late summer through each fall. We're even talking about making punch cards for the whole series. Who's the maniac that's going to sit through all 43 features?! Besides me and the rest of the programming team, of course...

END_OF_DOCUMENT_TOKEN_TO_BE_REPLACED

Fictions and Other Realities: An Interview with Frederick Wiseman