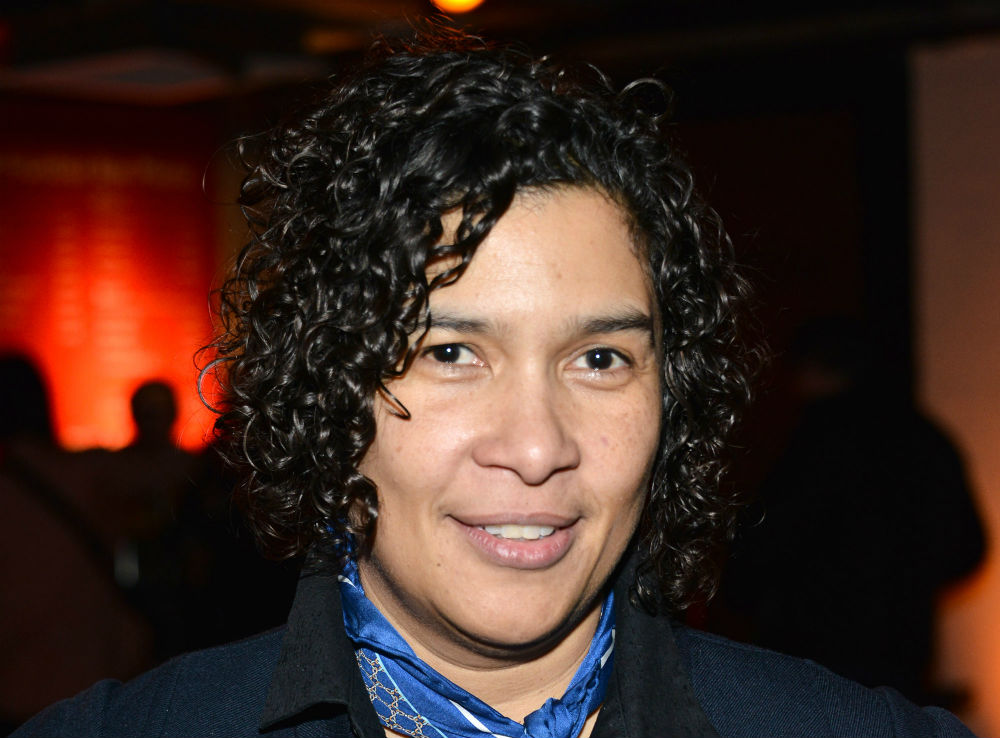 2016 marks the 10th anniversary of the Sundance Film Festival's New Frontier program, the section where filmmakers and technology innovators are invited to push the boundaries of storytelling. Festival-goers itching for immersive, genre-exploding experiences can revel in the three distinct feature films, a handful of shorts, 30 virtual reality (VR) experiences, a live performance, 11 site-specific installations and a wealth of panel discussions, all curated by Sundance's forward-thinking programming team. But the heavy lifting in this section should primarily be accredited to Shari Frilot, Senior Programmer and Chief Curator of the New Frontier section.

Frilot's background in experimental filmmaking drives her to seek out and nurture new projects not just in the narrative space, but also in the realm of new nonfiction storytelling. In the Spring 2016 issue of Documentary magazine, we'll be investing the bulk of our efforts in an exploration of how documentary filmmakers and journalists have increasingly been turning to VR as a more expansive method to tell their stories. Frilot was generous with her time in the week leading up to the opening night of the Fest, when she spoke with us via phone about why VR is a biological experience and how we're all feeling out this exciting space together.

There are a handful of docmakers who have projects in the New Frontier section this year who have previously showcased their work in other strands at Sundance in the past, including Lucy Walker, Danfung Dennis and Kirsten Johnson. How do you work with your colleagues to determining what is a New Frontier project vs. a film in the regular documentary lineup?

What we're trying to do at New Frontier is look at how storytelling is being innovated and the innovations that are happening at the crossroads of filmmaking, art and emerging technology. We're also looking at films that have an intense engagement in form. In fact, that was one of the original missions: Before it became New Frontier, Frontier was always the section of the festival where we could show films that were really exploding and expanding the form of storytelling and traditional structures, and really peak formal engagement with storytelling that's outside of what you will see traditionally in the field.

Kirsten Johnson's Cameraperson is almost going to be presented and exist as a site-specific installation at New Frontier because of her history of films that she's shot that have been at the festival, won awards and are really kind of iconic. She's bringing a lot of that same footage and recontextualizing it within the context of the craft of cinematography and within the context of her own truth, and really speaking to the relationship between documentary storytelling and truth. Notes on Blindness [directed by James Spinney and Peter Middleton] is another documentary that we are presenting. That project is also expanded, multi-platformed, and involves a VR called Notes on Blindness—Into Darkness. It's one project, but the two elements are very integral to one another: The VR expands the discussion of the documentary, and the documentary is expanded by the VR. They're beautifully convergent, really wonderfully conceived projects. 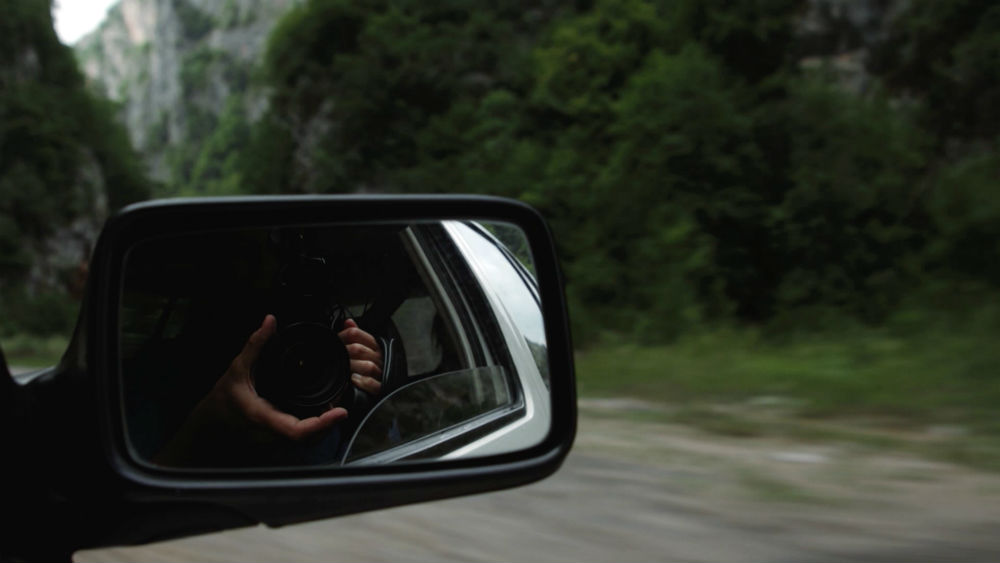 People like Lucy Walker and Danfung Dennis are coming to the festival trying something brand new. New Frontier has been built for filmmakers to really take risks within their artistic practice to grow themselves as artists. Oftentimes, we even allow filmmakers like Travis Wilkerson and Lance Weiler in years past to come to the festival and use the exhibition space as an R&D space. This year, in the context of Danfung and Lucy and even Lindsay Poulton and The Guardian (6x9: An Immersive Experience of Solitary Confinement) and Lynette Wallworth (Collisions), it's really more an exhibition of brand new work from a brand new field that has really exploded in the last year.

It seems there are more documentary/nonfiction projects in the New Frontier section this year than in previous years. What do you think accounts for this uptick?

The section as a whole grew in a really interesting way this year, and a lot of it had to do with explosion of the medium of VR and the embrace of that medium by storytellers. It's interesting to see how documentarians really sussed out what's important about this medium in terms of its relationship to reporting facts from the field to representing truth and experience, and the tremendous potential of this medium to journalism. In fact, this medium came to Sundance out of journalistic practice when we brought Nonny de la Peña, who wrote for Time and Newsweek and was at USC on a residency to learn new ways to tell her journalistic stories in a more potent, more immersive way. I think VR is not at all lost on documentary filmmakers. As evidenced in the lineup, we've seen [them] embracing this medium wholeheartedly, ranging from new filmmakers to filmmakers who are really quite experienced to entire newspapers. It's probably one of the areas of development storytelling in VR that’s the most exciting.

Documentary has always led the field of filmmaking to embrace transmedia storytelling. Documentaries tend to generate a lot of material in the production of the work, so there's a lot of material to work with in terms of creating a story that's larger than just a 60-minute or 90-minute length. I think that community of filmmakers is completely primed for something like VR, and it's manifesting in the lineup. 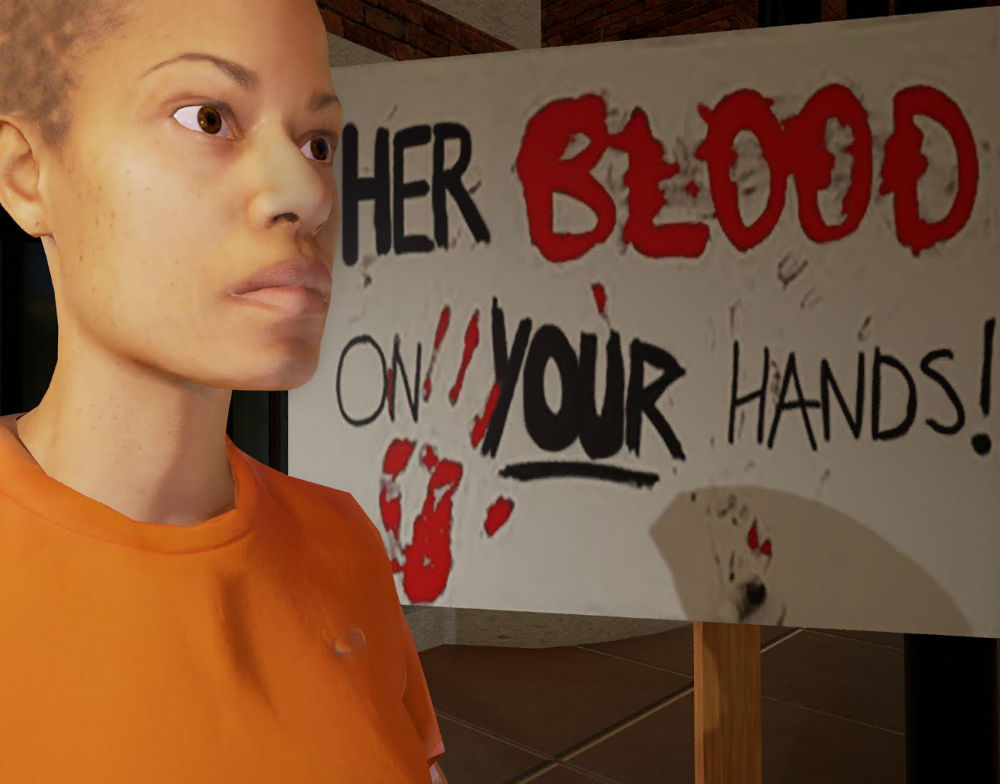 Outside of the projects, there are five panels this year dedicated to virtual reality, including one that focuses on different genres moving into the space and another that looks at immersive journalism. What do you hope to be the outcome of these conversations?

Our lineup of panels and presentations come from various sources. The New Frontier official panels lineup is curated by the programming team—the immersive journalism panel is part of that lineup—and then we have panels that our sponsors organize. We've been doing this for a number of years, but what's special about this year is that, because VR is very much in the center stage, the companies are actually as exciting as those artists in the lineup. They’re the ones that are innovating the technology, so I’m grateful that they are bringing a certain level of panel conversation that engages the here and now of VR.

All panels tend to look to the future except for the immersive journalism panel. I felt obligated to keep journalism as a big point of conversation as VR ramps up into and excites the commercial world. Part of the original dream of the 10th anniversary lineup and the whole program of New Frontier was to conduct these immersive journalism experiments. When I mentioned this to MacArthur [Foundation], they got really excited and gave generous funding to do a series of immersive journalism experiments. We’re doing the first one with The New York Times Op-Docs and with Vrse and the journalist James Nestor and the filmmaker Sandy Smolan [of Click Effect]. It's rare that we do commissions, but with New Frontier, we just have to let ourselves go where the instinct to experiment takes us to provoke a serious engagement of new VR filmmaking with journalism. There's a tremendous potential to develop it. And there's a whole range of ethics and questions of best practices around this, especially as it's being embraced by the heavy hitters of journalism out there. 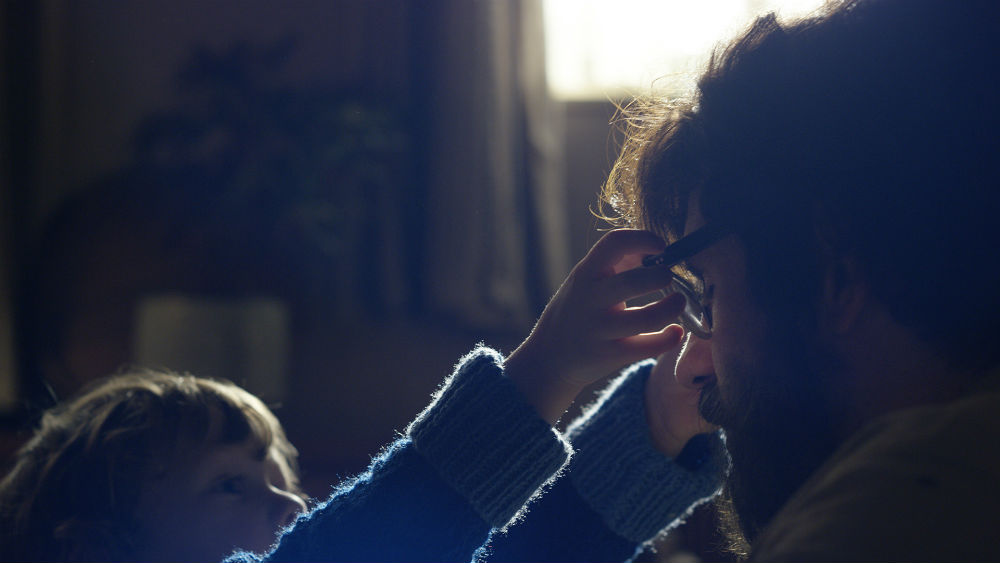 I'm really hoping what will come out of these conversations in the panels and presentations at New Frontier is a greater awareness of just how broad and serious this community and this medium are growing together; to really play a part in bringing people together, bringing the elements of filmmaking and the technology together; and to encourage not only an energetic creative conversation, but to also start getting into the discussion of best practices.

What do you think of the current state of virtual reality for documentary? Does it have a robust future, or is it still just a niche that’s only accessible to the lucky few who attend film and interactive festivals?

A key player in developing audiences ends up not being a manufacturing or an entertainment company at all; it ends up being newspapers. The fact that The New York Times dropped a million free Cardboard viewers to its subscription base and started its own VR player is enormously significant. In fact, that audience represents the largest VR audience that exists right now. That's the audience that I'm hoping to reach through our program.

The New York Times is not the only publication that has a deep and far reach, particularly around journalism and documentary: ABC News, Conde Nast, Frontline, Nat Geo, Discovery—some of the leading blue chip news organizations are developing and engaging with VR.

When we first started showing VR at Sundance in 2012, people were asking, "When is this going to become a feature experience?" I always was sort of suspicious of this question. It was a question of an audience member being affected so deeply by three minutes of VR that it reminded them of being affected deeply by cinema like that. Is it more going to be like poetry, where three minutes can change your life? 2016 is going to really educate us on how this is all going to evolve. But I have a feeling that it's futile to try to predict how this field is going to evolve, because it's almost larger than any of us right now. There's so much energy and capital and industry involvement and excitement among artists, we're just going to see what emerges organically.

I was thinking about my first experience with Cardboard. I remember where I was, what I saw and who I was with. The reason that made such an impact on me was because it was such a unique, specific and rare experience. I'm curious whether once the rarity or novelty of it wears off, will it start to be not as exciting?

It's a very interesting question. We can look to history to get some sense of how audiences will grow with this medium. There's that mythic story of the Lumière brothers’ Arrival of a Train at a Station, and everyone in the theater ran out because they thought they were going to get run over. That was a real moment where people were being exposed to a new medium. It took a while for audiences to realize they weren't going to be run over, until 3D came and all of a sudden brought back that thrill. But then audiences realized they weren't going to lose their lives if they stayed in their seats; it was just an experience. That could happen with VR, and very likely will happen.

One of the unique things that VR offers that no other digital medium really offers—one of the reasons you really remember a three-minute moment—is that I remember the VR as something that happened to me, rather than something that I saw. This is a very real, concrete engagement with our biology, our sense of where we stand in space, and ultimately an engagement with our survival instincts. Our survival instincts are rooted in our sense of time and space, and how they are threatened. When you're in the goggles and a train comes at you, you will more likely jump back than take the goggles off. It engages with a part of our lizard, primal brain. The potential—particularly at a time when our survival instincts are not really serving us very well in terms of how we are aware of our actions on our environment—is really, really interesting. I don't think it's lost on a lot of documentary filmmakers.

Everybody's new at this. It's a new medium, and it's a medium that expands every three months. It takes quantum leaps. We're all in this new space together. It brings a certain kind of energy to the conversations that’s really invigorating.