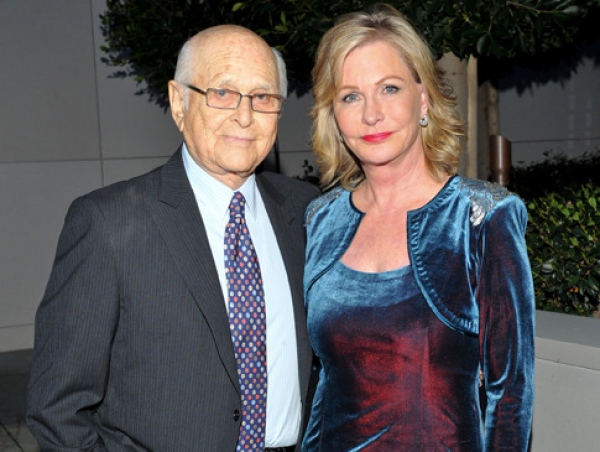 Editor's Note: The landscape of American entertainment would look very different without the work of Norman Lear, who wrote, produced, created or developed some of the most popular and provocative shows of all time, including All in the Family, The Jeffersons and Sanford and Son. Lear's liberal-minded sitcoms held up a mirror to American society, using comedy to tackle thorny issues of race and class while entertaining millions of viewers.

Lyn Davis Lear is a social and political activist engaged with the most pressing global issues. Lyn Lear Productions works to mobilize action on climate change through television, film and media. Lyn has received numerous awards for her activism: Most recently, she and former Vice President Al Gore were given the Millennium Award of Excellence by UCLA's Institute of Environment and Sustainability.

Together, Lyn and Norman oversee the Lear Family Foundation, supporting a wide range of nonprofit organizations devoted to civil liberties, education, the environment, media and the arts. The organizations that have benefitted from the Lears' support include the Environmental Media Association, Sundance Institute and the USC Annenberg School of Communication; the Lears have also helped fund such documentaries as America Divided, Racing Extinction, Cesar's Last Fast, Slingshot, The Revisionaries, Traces of the Trade, Dark Girls, I Am Carolyn Parker and The Life and Times of Hank Greenberg.

Reflecting on the IDA's Amicus Award, which honors individuals or organizations in recognition of their work supporting the essential needs of the nonfiction media landscape, Norman told IDA, "Lyn and I believe that documentary film can, and has, made so much change, especially in the areas of climate change, civil liberties and civil rights. As strong supporters of the documentary film community, we believe no other institution serves documentarians in the way IDA does, particularly when it comes to advocacy, educational opportunities and introducing new audiences to the craft."

We asked Heidi Ewing and Rachel Grady, who, thanks to their acclaimed - and IDA Award-nominated - documentary Norman Lear: Just Another Version of You, probably know the Lears more than anyone else, to interview the couple about their latest honor. Grady wasn't available, so Ewing did the honors, by phone. What follows is an edited version of the conversation.—Tom White

LYN LEAR: Considering what just happened with the election, I think that was kind of a coup to have Trump in the film on the campaign trail talking about, "In the good old days, we'd just take 'em out on a stretcher."

One of the ones that really got me this year was the six-part documentary on O.J. [O.J.: Made in America]. Even though I was glued to the screen when all of that was going on here in LA - we [and O.J.] were neighbors - I had no idea. I knew nothing about the first part of his life and how big of a football star he was, and I didn't know that much about what happened to him afterwards. I just thought that was quite a genius piece of work. I think it's great that a lot of documentaries are now coming in six, eight parts because so many of these need more expression than just an hour and a half or two hours. I think it's an interesting trend.

Even though we lived in LA and the race riots were going on, I had no idea of the seriousness of [Daryl] Gates, the head of the police force, and how horrifyingly the black community was being treated.

NL: It's nice to be reminded what a hero our friend Stanley Sheinbaum was; he was the police commissioner who got rid of Gates, and he just passed a couple of weeks ago.

LL: It's just the juxtaposition of us in Brentwood, how easy life was here, and what was going on in Compton, not that far away. And again, O.J. was living the white man's dream as a black man at USC. It was fascinating.

And you both mentioned 13th. What was it about the film that struck you?

NL: Well, it was the most complete history of racism in our country. There are all the promises we make of equal justice and equal opportunity, and that's both on the surface. What's underneath causes an occasional headline and story. But 13th laid them all end on end, and you saw the landscape underneath the surface. This was very emotional for me.

LL: It's interesting when I look back on the films that we've supported. So many have been about the black community. Like Traces of the Trade and Dark Girls.

How do you decide what documentaries you support? What's essential to furthering your philanthropy and also your civic-mindedness? What goes through your mind when people are asking you to support a film? What's the discussion you have when deciding what to support?

What is the power of a documentary film as compared to a news article or a radio program? What specifically about documentary is it that you think can further our goals and important messages?

And when I say we're living through it, we're watching him and his doc as he travels about the country. And he travels because people have heard about it in one city from relatives who saw it in another. So it's upfront and clear in our lives right now. 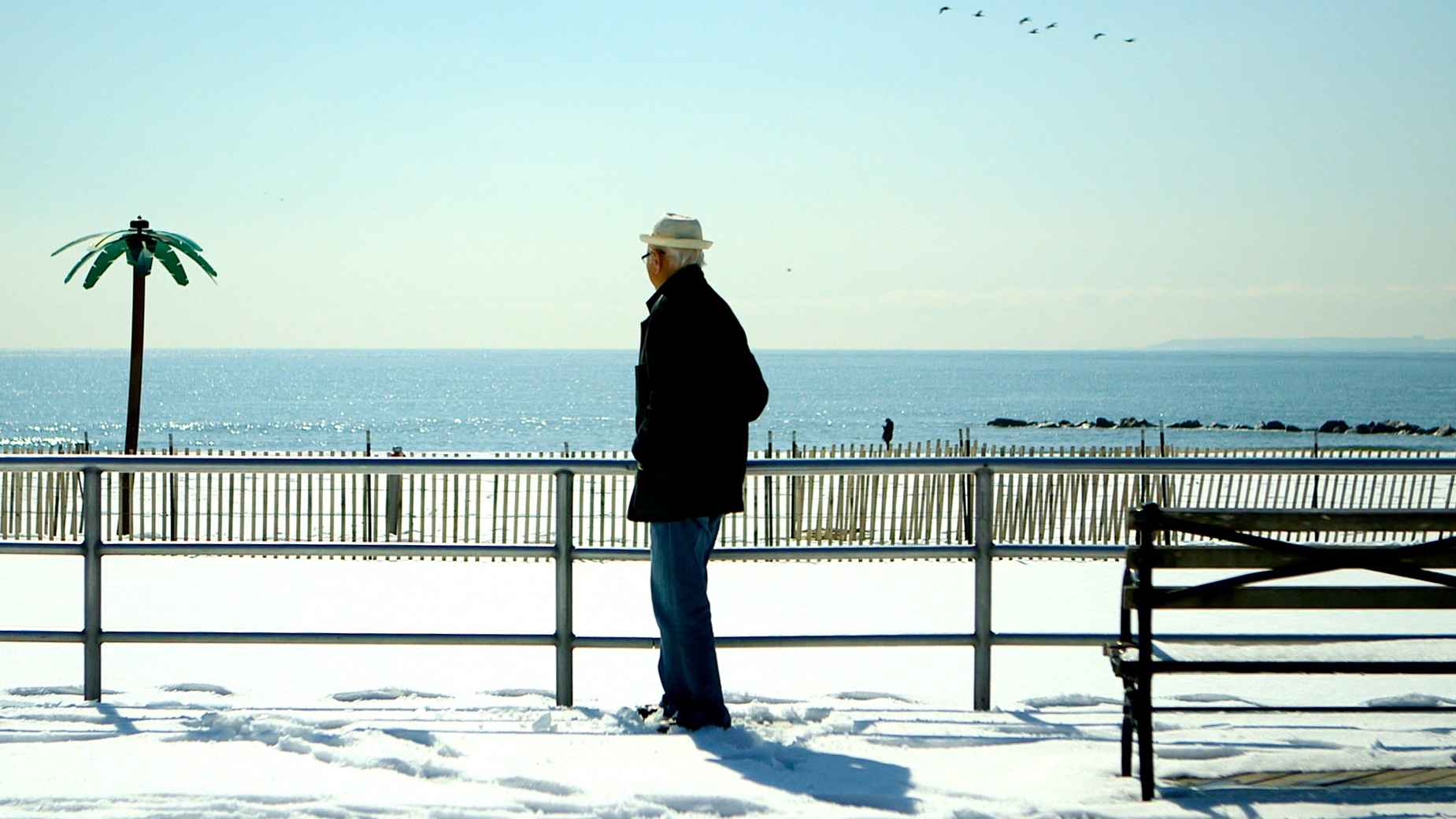 Lyn, can you discuss how you got involved with Sundance and the story labs and how and why you decided to go that level deeper and get involved in the process of filmmaking?

LL: I feel really honored. I've been with Sundance seven or eight years now and I was asked to be on the board. I've never been on anything I've been so excited about. I'm thrilled to be a part of Sundance because it's just such a moving, wonderful, giving-back kind of organization with a great group of people. And Bob Redford is one of the smartest, most interesting men, who cares so deeply and gives so much.

He's at every meeting and he's really involved in every part of the Institute; it's not just a festival. Sundance is really about the creative process and the greatest mentoring that anybody could receive. These wonderful filmmakers and directors and producers and writers and editors and musicians are able to be mentored by some of the greatest mentors in the world.

When Norm and I started getting more involved, they started realizing that we need an episodic storytelling lab too because this is what's happening now in television and other parts of media. So we decided to start a storytelling lab, and now that VR has become a major part of the media storytelling, we're hoping to start a VR and AR lab too. I'm excited to be a part of that.

Since the election - which we're all reeling from - what types of films would you like to see made going forward? Are they the same films you might have wanted to get made before the election? Why is this medium more important than ever?

NL: I'd like to see the films that great filmmakers want to make for their own reasons - reasons that will appeal to us. What I say to people when they ask for advice is, "Go with your gut. Do your thing. Don't listen to anybody tell you can't." So whatever comes out of that is what I find appealing.

LL: It's interesting. You can't really judge what the zeitgeist is and what the new block of films on a certain issue are going to come out. We often say, "Well, there aren't any films on climate change this year. That's such an important issue and they're just not there." But next year there'll be Inconvenient Truth Two, which I believe will represent it well; I hear it's great.

But you never know. I guess the director has to feel that in their gut. It has to come from whatever they're really interested in, because it takes several years for it to be made.

NL: You know, we're being interviewed by a woman who knows this extremely well. Heidi, and her partner, Rachel Grady, don't do anything that they don't really feel strongly about.

I think what we're going to see now, like a knee-jerk reaction with anything, is 20 films on the political process and on the far right, the Alt-Right, rise of nationalism globally and in the United States. I'm sure there's going to be films about immigration now that there's no path to reform at all. In two or three years, when the films are finished, will there be a glut of films about the same topic? I agree that it has to be things you're passionate about.

LL: Right now I think everybody's jumping at things and wanting to make change. We need to wait and think things through, rather than be too spontaneous about the process that's going on.

LL: There's nobody we respect more than documentary filmmakers.

And that's why we love you guys. You put your money where your mouth is.

NL: You know, as they put their efforts where our hearts are.

NL: So we don't have to think about it.

Originally from Detroit, Heidi Ewing is the co-director, with Rachel Grady, of the IDA Award-nominated Norman Lear: Just Another Version of You; the Emmy Award-winning DETROPIA; the Oscar-nominated Jesus Camp; the Emmy Award-nominated The Boys of Baraka; and the Peabody Award-winning 12th & Delaware. Ewing is currently at work on The Arrivals, about two successful Mexican immigrants searching for a path to legalization. Ewing is co-owner, with Grady, of New York’s Loki Films.