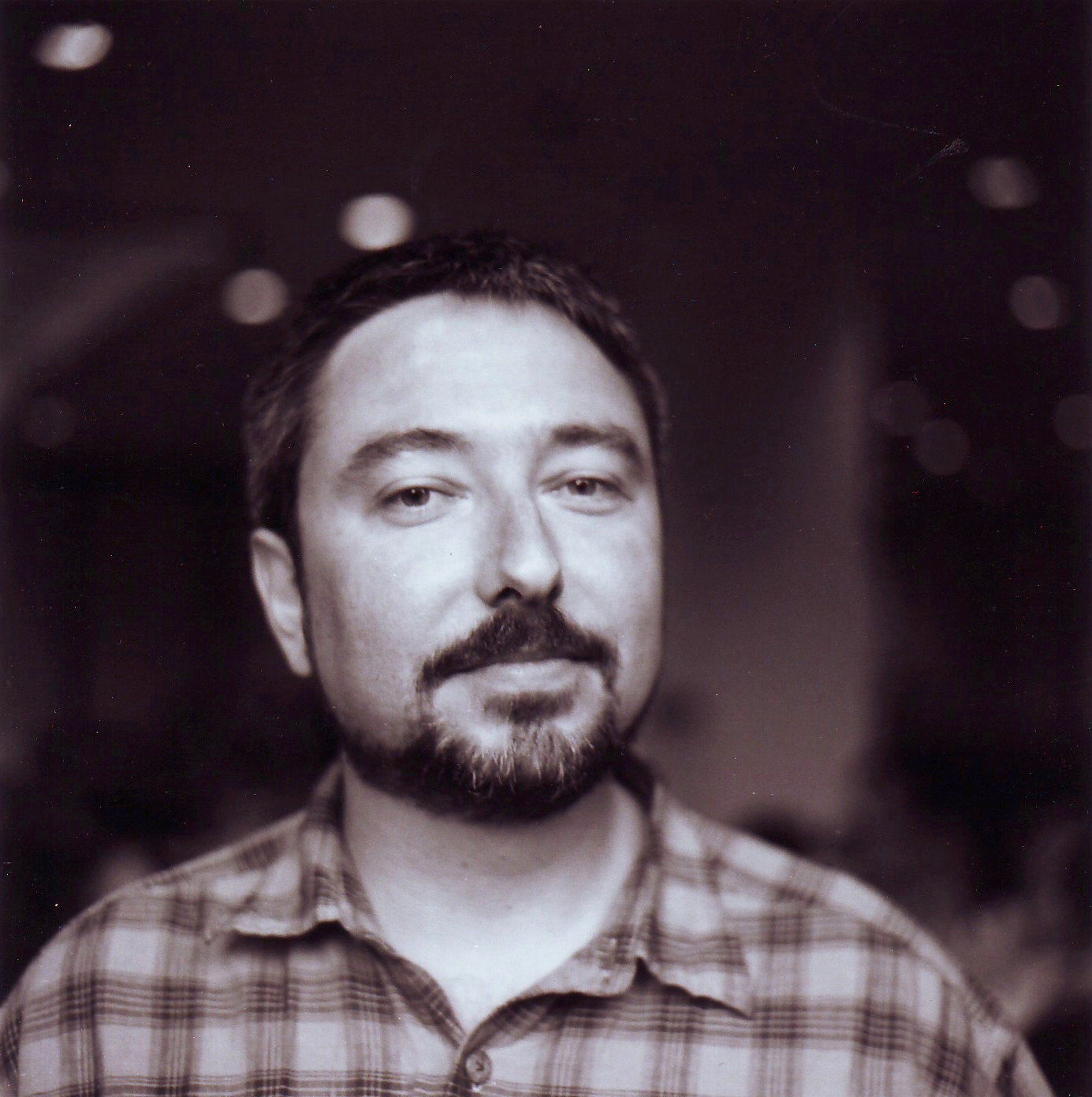 Bill Siegel, the Chicago-based filmmaker best known for The Weather Underground and The Trials of Muhammed Ali, died suddenly on December 10. He was 55.

Siegel earned two IDA Documentary Award nominations for The Weather Underground, for Best Feature and for the ABCNews VideoSource Award for best use of archival footage. The film, which he made with Sam Green and Carrie Lozano, went on to earn an Academy Award nomination. Ten years later, Siegel won an ABCNews VideoSource Award for The Trials of Muhammed Ali, which he made under the auspices of Kartemquin Films—his de facto home base since his early days as a researcher on the classic Hoop Dreams. He also earned an Emmy for the film.

“As a storyteller, I'm driven by the question, "How do you get to be to who you are?", Siegel told Documentary in an article about The Trials of Muhammed Ali. “Everyone comes into their own differently, and in doing so comes to establish their identity. That said, I think we're all forever works-in-progress. I think it works collectively too. ‘We the people,’ call ourselves ‘The United States of America.’

“The audience always completes the picture, and every audience member completes it differently,” he explained, in discussing Ali. “If you are thoughtful in how you evaluate Ali, he is a cipher for enough of the last 50 years of history, for your evaluation to say at least as much about you, your morals, your worldview and your own identity, as whatever you have to say about him. Every life is valuable and everyone's story is mighty, but not everyone packs a punch like Ali. Why is that? In part, I think, because he became so fearless in his ability to throw a punch and so courageous in his willingness to take one regardless of the outcome, that he now seems to me to be completely at peace with who he is in the world—righteous, lovely, moral and true. As for the rest of us...?”

Siegel’s insights into the documentary form were later borne out in an essay he contributed to Documentary magazine, about Barry Alexander Brown and Gary Silber’s The War at Home: “The film became more important, helping me understand how to use documentary to make the past relevant and useful by depicting the struggle to make progressive change as flowing forward, not frozen in time. That documentary can represent the struggle as a never-ending force that is as powerful, varied and as effective as the individuals participating in it make it to be is a crucial element that I try to incorporate in my own work.” 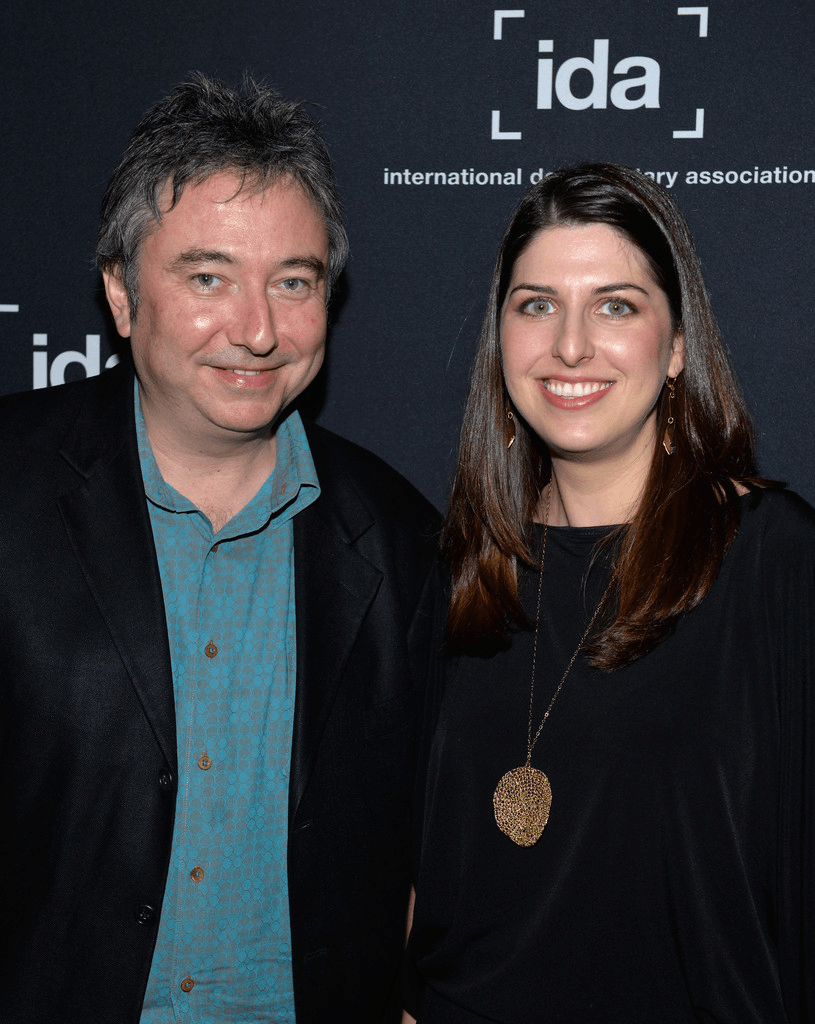 Check out Kartemquin’s tribute to Siegel on their site. To complement the friends who weighed in with their reflections, we reached out to IDA’s Enterprise Documentary Fund Director Carrie Lozano:

“Bill Siegel was a bundle of energy: curious, quick-witted, silly and deeply intellectual. He had a way with words, such that I asked him to write the logline for my film Reporter Zero. There was no better scribe for the task. It's been a long time since we first met, nearly 20 years, and memories of the time we spent together are flooding back. Bill was based in Chicago, and Sam and I were in the Bay Area, so we mostly hung out on the road: shoots in New York and Chicago, a trip to Cuba, edit rooms, screenings, meetings, at Sundance when The Weather Underground premiered in 2003.

“My favorite memory of Bill was during our last screening at Sundance. It was at the Sundance Mountain Resort, we were fried, and the three of us took a walk on the snowy trails during the screening. Sam, ever punctual, made his way back for the Q&A, and Bill, who loved pushing limits, kept prodding us along the trails ‘just a little farther, just a little farther,’ as we processed the extraordinary time we'd had and wondered what would come next. Late for the Q&A, we stumbled onto the stage like naughty school children, but he quickly recovered, eloquent as he was. Bill knew how to live in the moment, and I'm grateful we had that time in the woods. Filmmaking is always a herculean collaboration. But The Weather Underground always felt like our baby, the three of us. And that will never change. The community and his close-knit family have lost a passionate soul and an extraordinary storyteller who was always game.”

Rounding out The Weather Underground power trio, Sam Green offered his reflections on Siegel: "Bill and I traveled many miles together. We met in the early '90s working on a (ill-fated) multipart series about Muhammad Ali. We were both researchers and we immediately became fast friends. We both had a thing for radical history, and a few years after the Ali experience we decided to make a film about the Weather Underground together. Bill was a fun person; he knew how to have a good time. He sometimes drove me crazy, but his lust for life always inspired me. Since hearing about Bill's death, I've been flooded with memories of him, little moments or things we did together: sneaking into the post-Oscars Vanity Fair party through the kitchen; him driving in a blizzard from Salt Lake City to Park City for Sundance while smoking a bowl and not paying any attention to the road; me terrified that we would end up skidding over a cliff (but of course, we didn't); us going over to Bill Ayers' house very shortly after the 2008 election and Bill Siegel pulling out an Obama rubber mask ( I realize this anecdote won't make sense to everyone) and posing for photos. Here's what I posted on Facebook the other day: 'Bill was a lover of life and people and the world and probably got more pleasure from being alive than anyone I've ever known. Bill made a number of strong films, carried on deep and lifelong friendships, and also had two kids whom he loved and was thrilled by. The world will miss him badly.'"

Finally, Claire Aguilar, IDA's Director of Programming and Policy, worked with Siegel during her tenure as vice president of programming at ITVS. We reached out to her to share her thoughts: "Bill Siegel cold-called me at ITVS one day; I had already met Sam Green and Carrie Lozano, his partners on their film The Weather Underground, but I had never met Bill before. We had a long and fascinating chat on the phone, where he told me he started in film as a researcher on a long series about Muhammad Ali. I learned so much about Muhammad Ali during that conversation, and he introduced me to a whole new side of this magnificent and righteous man. Bill asked for development funds to make a film with this new take about Ali, and specifically about his activism and conscientious objector status during Vietnam. It was such a compelling idea and Bill had done so much archival research to back it up. I think we agreed to greenlight the next week. Bill had a lot of energy and he was a colorful and fun storyteller; we ended up working on The Trials of Muhammad Ali through its development stage and onto production and broadcast on Independent Lens. He was such a great filmmaker for a commissioning editor to work with; he was so knowledgeable but open to input and thinking creatively about getting the vision of his film made. Bill is gone much too soon; he was a great filmmaker and a wonderful colleague. Journey on, Bill!"

END_OF_DOCUMENT_TOKEN_TO_BE_REPLACED

Barry Alexander Brown and Glenn Silber's 'The War at Home'