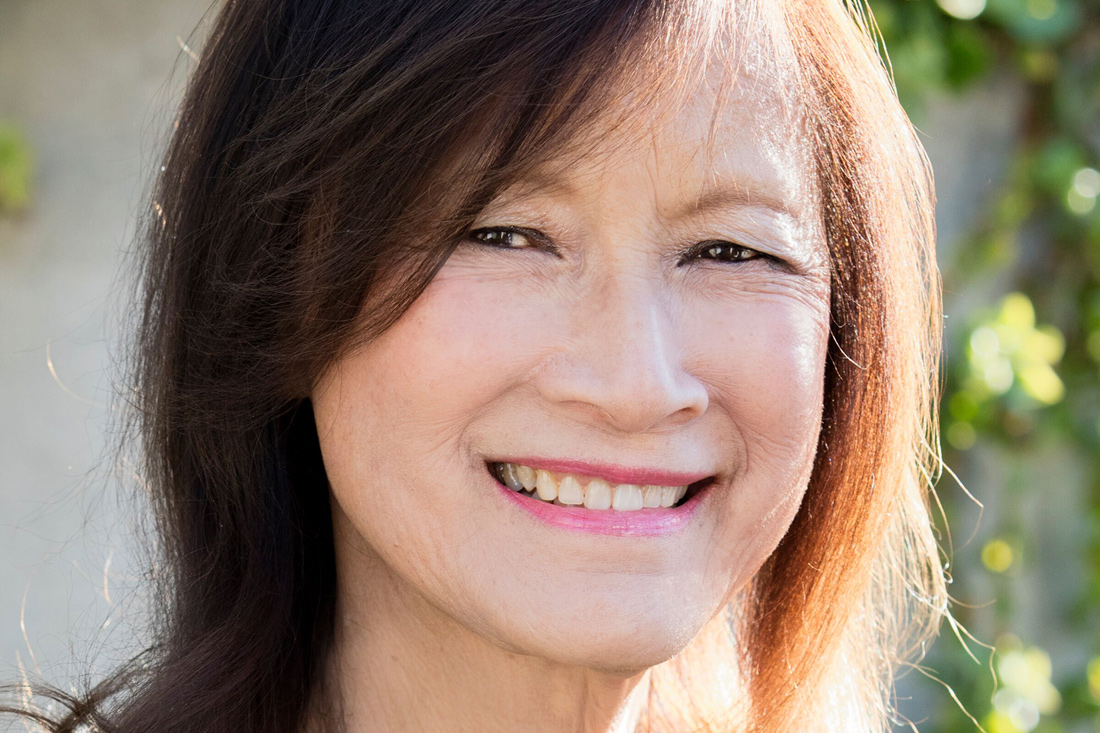 Freida Lee Mock has, over the past few decades, witnessed a sea change in the documentary space—from the artistry and craft, to the distribution channels and platforms, to representation and inclusion.

While her academic background—she majored in history and English at UC Berkeley and did graduate work in law and history—might not immediately signal a career in documentary, the individuals Mock has profiled—architect Maya Lin, playwright Tony Kushner, writer Annie Lamott, law professor/activist Anita Hill, gang intervention activist Gregory Boyle and Supreme Court Justice Ruth Bader Ginsburg, among others—represent a strong corps of people committed, through their art and through their work in their respective communities, to justice and social reform. “I think [history and law] informed very directly [my filmmaking practice]," Mock tells Documentary. "I studied American history. I loved particularly the Progressive Era in the 1920s, where you had muckrakers and reformist writers who were exposing corruption in both government, in industry."

"Maya Lin’s story," Mock continues, "is contextualized in terms of art, politics, and censorship and history because she was asked to do the Vietnam Veterans Memorial, which is recent war history. And so it ends up being inevitably stories that have a political and social context. I just had that idea, war and race, and how do you express that in a three-dimensional form as opposed to a monograph or a painting? So I thought it would be interesting to look at her process."

But, Mock adds, "The most important thing is to have a great idea that you know is a terrific idea for a film. Why choose this writer or choose that playwright? There was something in their personality and their work which is very loud and very vital and very controversial that I felt made for a juicy story."

Mock started honing her skills at the legendary Wolper Organization, at the time the leading producer of documentaries during an era when the three major networks and PBS were the few outlets for the form. "You had great opportunities with Wolper because they paid you nothing and gave you a big title," she recalls. "Most of the people going into film at that time didn’t go to film school. They were going into maybe journalism or they studied political science. Film school wasn't the big place to develop the craft, though it certainly can be today."

She and her husband, Terry Sanders, later formed their own companies, Sanders & Mock Productions and the nonprofit American Film Foundation, and Mock joined the board of a brand new organization that would over time grow to serve and support a thriving documentary culture. That organization: IDA.

Mock has earned an impressive cadre of awards, including an Academy Award and four Oscar nominations, an Emmy Award and numerous Best Director awards. Following her tenure on the IDA Board, she later became the first Governor elected to the Documentary Branch of the Academy of Motion Pictures Arts and Sciences and served as its Chair, as well as Co-Chair of the DGA Documentary Awards Selection Committee.

But one of Mock's proudest career achievements has been her role in helping to promote the documentary form and grow community representation at the Academy. Among the important milestones she cites during her tenure as an Academy member: "Saving the Documentary Short and Feature categories, and the formation of the Documentary Branch to give filmmakers a voice at the table of the Board of Governors."

"I think the best progress is that there is an awareness that we must have change on a systemic level, on a institutional level," Mock continues. "The Academy said, 'We're going to commit in 2020 to have a 50 percent increase of women and people of color among the Academy membership.’ In the Documentary Branch, we are already there. We were there before #MeToo or before the 2020 initiative. We were ahead of the game and we recognized the renaissance that we're now in terms of theatrical documentary."

Mock also cites the Sundance Institute and its longstanding commitment to documentaries as an indication of real progress in the community. "I was thinking about Sundance not only in terms of documentaries but in terms of the issue of inclusion," she explains. "They've been there for decades, particularly intentional about stories of underrepresentation, LGBT, Native American stories."

As far as Mock's literal legacy is concerned, her and Sanders' daughter, Jessica Sanders, has a thriving career of her own, not only in documentaries, for which she has earned Academy Award and Emmy Award nominations and a Sundance Film Festival Special Jury Prize, among other accolades, but also in commercials, music videos and narrative features. But her parents, like Mock’s parents, weren’t so encouraging, at first. "You don't want your kid to follow you," Mock recalls, "so I said, 'Go into land development. Go into banking. Anything. Stay out of this business.' I got her an internship at the Pacific Stock Exchange with a friend who is the president. And then she said, 'Mom, I don't think I want to do this.'

"So anyway, she's much better than Mom and Dad," Mock admits. "But I see the challenges women have, young women. She has so many wonderful millennial women friends. They've been reaching the ceiling. I just see this often, but maybe after #MeToo, we hope things are changing. We hear in our business that there is a consciousness of hiring.

"I think there are certain businesses or professions that are much more difficult, like architecture as an example," Mock observes. "So it's not only filmmaking. But I think if you're in nonfiction, there's a lot of places now that need stories and need content, with all these revenue streams. So you see some really amazing business deals that are made, but you still have to be kind of a top gun filmmaker. Although not necessarily. You just have to make one good film. And as an example, Knock Down the House. That hit the jackpot. There was a bidding war for it, and Netflix won out and paid $10 million dollars for a documentary That's the high end, and we never saw that when Maya Lin came out. That wasn’t there."

Editor’s note: The quotes from Freida Lee Mock were excerpted from both an on-stage conversation I conducted with her at the Cascadia International Women’s Film Festival earlier this year and a recent phone interview.

END_OF_DOCUMENT_TOKEN_TO_BE_REPLACED

Speaking Truth to Power: 'Anita' Tells a Tale of Transformation

Documercials: Shooting Ad Spots Can Be Boon to Nonfiction Filmmakers