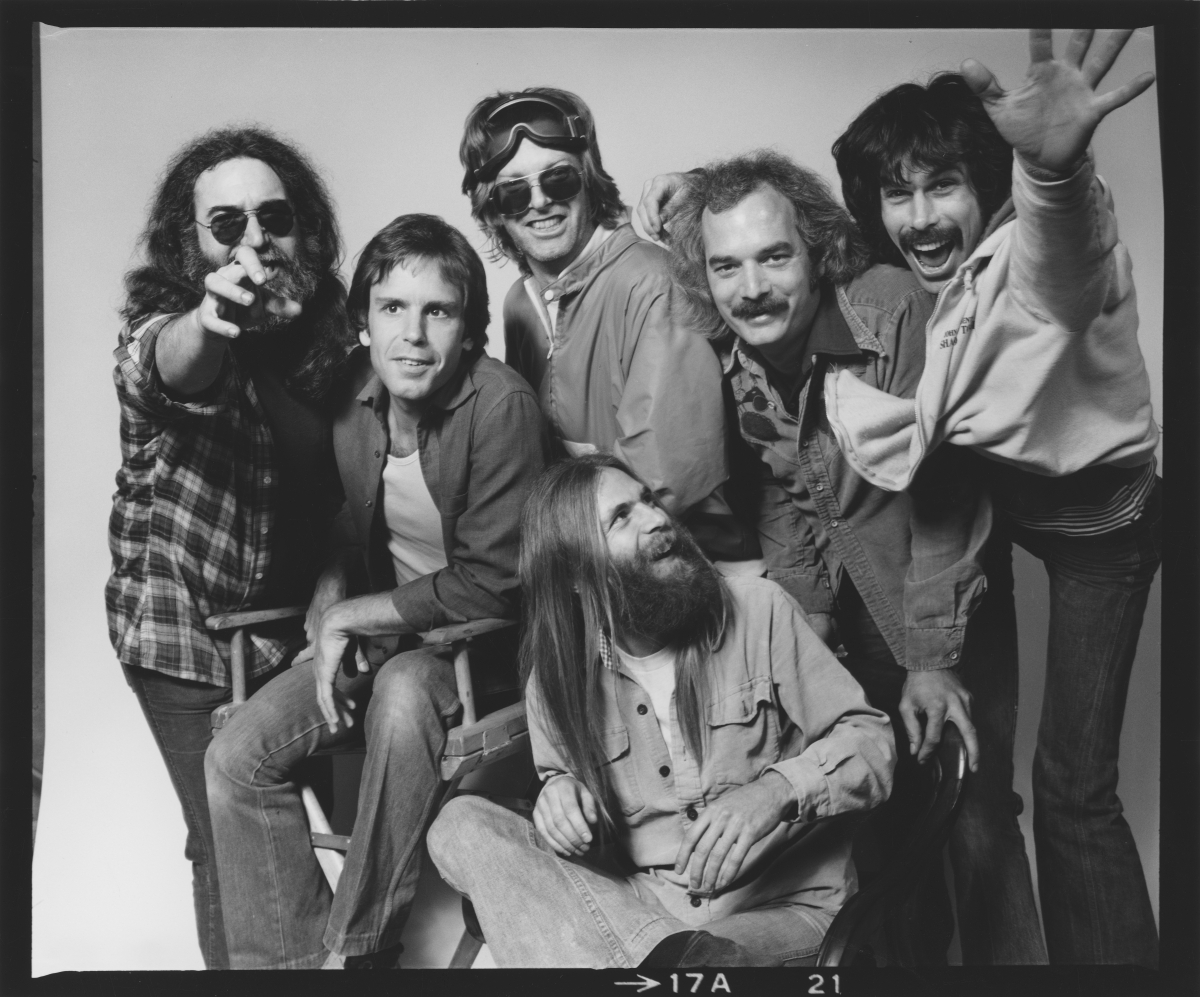 Amir Bar-Lev is a documentarian who does not shy away from controversy. A skilled storyteller and filmmaker, he knows that with conflict comes drama, and with drama comes the stuff that great stories are made of. At first glance, his documentary about the Grateful Dead, Long Strange Trip, would appear to lack the requisite drama - what could possibly contain less conflict than fields and stadiums filled with blissed-out hippies groovin' to the music of their favorite band? As it turns out, that necessary resistance and conflict comes from the band itself.

"They weren't really responsive to a documentary film," explains Bar-Lev. "The band isn't too interested in their public personae, but they were concerned about the aspect of a documentary film nailing down the meaning behind what they were doing and freezing them in time. In the film, Jerry Garcia talks about this epiphany he had while coming out of the Watts Acid Test in 1966 and seeing the famous Watts Towers in the morning light in Los Angeles. Like those monuments, he understood that if he succeeds as an artist, there will be something left over after he's gone. And contrary to what everybody who hears this sound-byte expects, he says, 'I don’t want that. I think I'd rather have fun.' This was a revelation for me because as a documentary filmmaker I'm in the business of preserving things for posterity. But Jerry was asking for a very different kind of posterity, one open to different interpretations and meanings, and I felt like it was a challenge across time to try and make something open-ended and evocative and not overly defining."

Describing it as his personal white whale, the documentary took Bar-Lev 14 years to complete, with the first 11 of those years spent just trying to get it going. As he points out, "They are pretty much constitutionally inert as an organization. Getting them to move on a project is near to impossible." Bar-Lev was undeterred, however; he had a heavy-hitter in his corner from his work on the music documentary 12:12:12, about the relief concert organized to raise money for the victims of Hurricane Sandy: Martin Scorsese, who signed on as executive producer. "Bringing Scorsese on board was the final piece in our puzzle of trying to convince the band to do this," Bar-Lev maintains. "He was an insurance policy for them, so that if I screwed up, there would be someone to hold my hand. That was really what he was meant to be - a kind of godfather for the film. But I didn't screw up, so he really did not have to be that involved."

Comprised of the usual elements of archival concert footage, historical film clips and interviews with friends, extended family and the band members themselves, Long Strange Trip was, not surprisingly, rather costly to make. "The Dead have not had the tightest business practices over the years," explains Bar-Lev. "Most of their footage isn't controlled by them, so the licensing was an arduous and extremely expensive undertaking. Fortunately I found a Deadhead with means in Alex Blavatnik. And he was a very patient financier because I was initially supposed to make a 90-minute film in time for the 50th Anniversary [in 2015]. And we got that. But we ended up doubling the schedule and the budget and more than doubling the total running time."

Bar-Lev's film accomplishes what it set out to do - thoroughly and entertainingly document the phenomenon that is the Grateful Dead - but it also gives us a national portrait as it peels back the veil of time to remind us of our history during times of dissent, war and protest, when the counter-culture was effecting change by challenging the powers that be and influencing the hearts and minds of the American public. As he points out, "I am painfully aware that very few people are indifferent to the Grateful Dead. There have always been those who love the Dead and then everybody else. And most of those people are turned off by the adulation that Deadheads have for their favorite band--and I am not okay with that. I've always felt I'd like to gather articulate Deadheads together and, of course, the band itself and see if I could explain what was so special about the Grateful Dead to people who just didn't get it. And I think we succeeded in that regard. At the end of the day, you don't even have to like their music to find the film and the story interesting. It's a funny thing about music documentaries: you apply a standard to them that you don't to other documentaries. You would never pass up watching a documentary about fishing because you don't like fishing personally, but oftentimes you'll pass on seeing a music doc because you think, 'Oh, I just don't like that band.' You shouldn't have to like a band if the subject matter, if the story, is interesting. And I think the Grateful Dead's story is fascinating and unique and vital."

Despite its epic length, Bar-Lev's documentary appears to be receiving positive feedback from the festival-going public, with filmgoers commenting on how the time "just flew by." Says Bar-Lev, "I don't think you can separate the response to this film from what's going on right now [in the US]. The Dead were a collective enterprise with a leader who was extremely concerned about [the effect of] his own charisma and [who] didn't want to lead. He wanted to lead from behind. We're living in a time with an authoritarian president and a narcissistic culture, so the Dead's story is a nice contrast for remembering where the country was all those years ago - in a time before selfies."

When asked which of his previous projects hewed closest to this current documentary's subject matter, surprisingly, 12:12:12 is not his answer. "I would have to say The Tillman Story [about the US Army's cover-up of the death of football player-turned-soldier Pat Tillman]," says Bar-Lev. "I was just having a conversation with Bridget Meyer, Jerry's girlfriend, who is interviewed in the film, and I realized while talking with her that there are some similarities in my relationship with her and my relationship with Pat Tillman's mom. They are both incredibly strong women who have lost someone who has been mythologized in life and death. One of the goals of making both films was to demythologize Pat Tillman and Jerry Garcia in order to really bring out both of their heroic qualities, but also to make their stories more human."

There is a rather famous quote by Garcia when asked about his cult status. As Bar-Lev explains, "The master interview with Jerry was originally done for a print magazine called Magical Blend. And during that interview he was asked how he felt about the fact that people thought of him as a god. He said, 'I'll put up with it until they come for me with a cross and nails.' As a documentary filmmaker that was one of several really fun archival stories that we had access to."

Long Strange Trip celebrates its theatrical release on May 26 through Amazon Studios and Abramarama, and will be available for streaming on Amazon Prime Video starting June 2.