Docs a New Priority among Cable Networks at Realscreen Summit 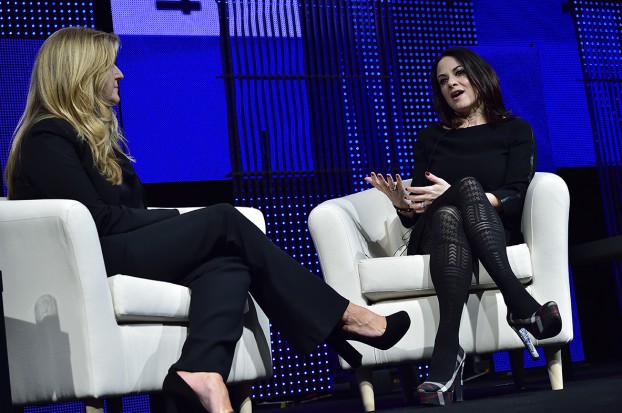 "Quality over quantity." If you were a documentary filmmaker attending the 18th annual Realscreen Summit in Washington, DC earlier this month, that was the overwhelming message. Both Discovery and the National Geographic Channels hammered away about the concept of "big ideas" and "big events." And "volume" and "tonnage"? They are now dirty words. Other key presentations revolved around virtual reality, platform power players and diversity behind and in front of the camera. Moving into its new digs at the Marriott Marquis, the Summit had plenty to offer for the more than 2,000 attendees—which included 300 buyers.

Courtney Monroe, CEO of National Geographic Global Networks, was the first to get out the message that docs are back at her place of work. During her keynote interview she acknowledged that her focus in the past had been more on audiences and ratings, and not on brand. And that was wrong. "I feel that the yellow border that is the National Geographic logo, that is now my north star, that is now my compass," she asserted. "It's pointing me in the very same quality and distinctiveness that people have come to expect from National Geographic for more than 120 years." This renewed mission means a focus on science, adventure and exploration, more scripted shows, and working with A-list talent such as Sebastian Junger, Marina Zenovich, Brett Morgen and Alex Gibney.

There is so much product on TV these days, Monroe acknowledged. "There's no way to break through all that clutter without being exceptional. At National Geographic we have a very specific brand, so my goal is not to appeal to everyone. I just want to be really, really special to some and stand out."

"Revenge of the Doc," a panel about the resurgence of the genre among cable programmers, also highlighted the desire by some channels to regain audiences by producing high-end work. In light of all the other non-linear platforms available for a viewer, change is necessary. "Racing Extinction is an example of what we're doing." Discovery's John Hoffman noted. "It's a brand-defining move—a bull's eye for us." Hoffman acknowledged, "I am worried about ratings because that's the business model." But it's more than just numbers, he added; it's about "buzz, awards, social media and press." Tim Pastore, president of the National Geographic Channel, echoed Monroe's recalibration of the NatGeo brand, "We are shifting back. Maybe we were playing too close attention to our competition and not playing our game. We want quality versus quantity."

And while these goals might sound the same, Vinnie Malhotra of Showtime explained that gone are the days when you could pitch a project to four or five outlets. Today, an outlet's "defining voice is important." Showtime is interested in politics, the darker side of sports and more contemporary topics that wouldn't fit elsewhere.

For the documentary producers among the audience, it was good news, but one that is heard often. Edwin Stepp, president of Django Productions, observes, "While there is a lot of lip service by networks to return to traditional docs and their roots, the conference is still dominated by reality series. But even in the call for more traditional docs, most of the networks expressed interest in blue-chip docs and 'premium' content."

Stepp, whose company focuses mainly on history programming, adds, "There doesn't seem to be a lot of inventory available for more niche docs. And you can completely forget about social, political or impact docs at this event. No one there is prepared to rock the boat. They want entertainment first." So is the news all bad for the traditional outlets? "The traditional networks are desperately trying to figure out and establish their place in the new environment," Stepp maintains. "They will survive because of their strong brands, but the threat to their business models is enormous."

"Platform Power Players" presented more to documentarians about the diverse outlets now available. With traditional TV viewership going down, digital platforms are on the rise. Pretty much everyone on the panel started in TV or movies, so their viewpoints were interesting. Michael Klein, executive vice president at Conde Nast Entertainment, described his platforms as "exploding" and a "hungry beast, creating thousands and thousands of hours a year." Gary Binkow, chief content officer of Studio 71, said the business was in the "first inning," while Vimeo's Sam Toles thought it was closer to the first pitch. 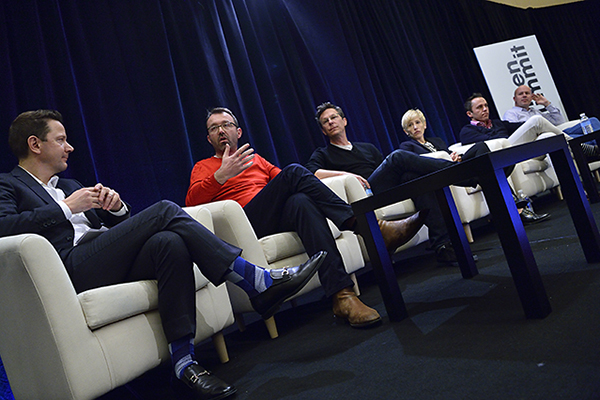 The companies on the panel used a combination of in-house producers and independents. So how do you make money, or get your content on? Everyone is looking for "super premium creators," said Binkow. (Studio 71 contains about 1,000 channels, with 3.1 billion views per month.) Sam Barcroft, CEO of Barcroft Media, explained that the content you create must be exclusive and shareable: "Sharing is part of the digital revolution." Content that can be licensed or incorporated into other shows is also desirable. The content can be any length, too, because they are no program clocks online. And if your talent already has a built-in audience, new content has a better chance of succeeding or making money. The biggest tip—which applies to all platforms, not just digital—was, Make sure you watch the platform before you try to get on it.

"These digital platforms have huge stars and audiences within the younger generations that, for the most part, the participants of Realscreen are not paying enough attention to," Stepp, a veteran of 15 Realscreen Summits, notes. "There is no doubt in my mind that the next generation doesn't care much about the networks and outlets that have dominated Realscreen for the last decade. They are getting their entertainment and information off of the cable and satellite systems. That may take five to 10 years to affect the networks in a major way, but it's coming. What will these brands do to reinvent themselves? The message I heard was, 'We really don't know.'" But for Stepp, Realscreen right now is "still a good venue for a small independent like me to get access to networks."

Another lesson learned: if you are looking to work with international sources, or through SVOD, there are a limited amount of co-producers out there. This was the topic explored in "International Coproductions: Crossing Borders with Content." Curiosity Stream, the new SVOD from Discovery founder John Hendricks, does acquire content. Their focus is "topics you can't find on TV anymore," explained EVP Steve Burns. They will do co-productions, but the key is, "We want to make sure it feels like a home-grown product." Yuri Sudo, senior producer of NHK, maintained that "An international partner should add value." Canal+ is looking to make an event out of their programming. "It's no longer just a documentary," asserted Diego Bunuel, Canal +'s head of documentaries. "You are creating a brand."

Despite its hefty entrance fee, the Realscreen Summit is still valuable to small production companies and independent producers. "It's great to see the buyers in one place, talk about immediate needs, and reflect on current trends in programming," observed independent producer Patty Ivins. "This is an outstanding time to be in docs. The hunger for authentic storytelling is strong and there are multiple outlets contemplating how they can get into the documentary space."