The End of an Era: 'The Final Year' Captures a Coda to the Obama Years 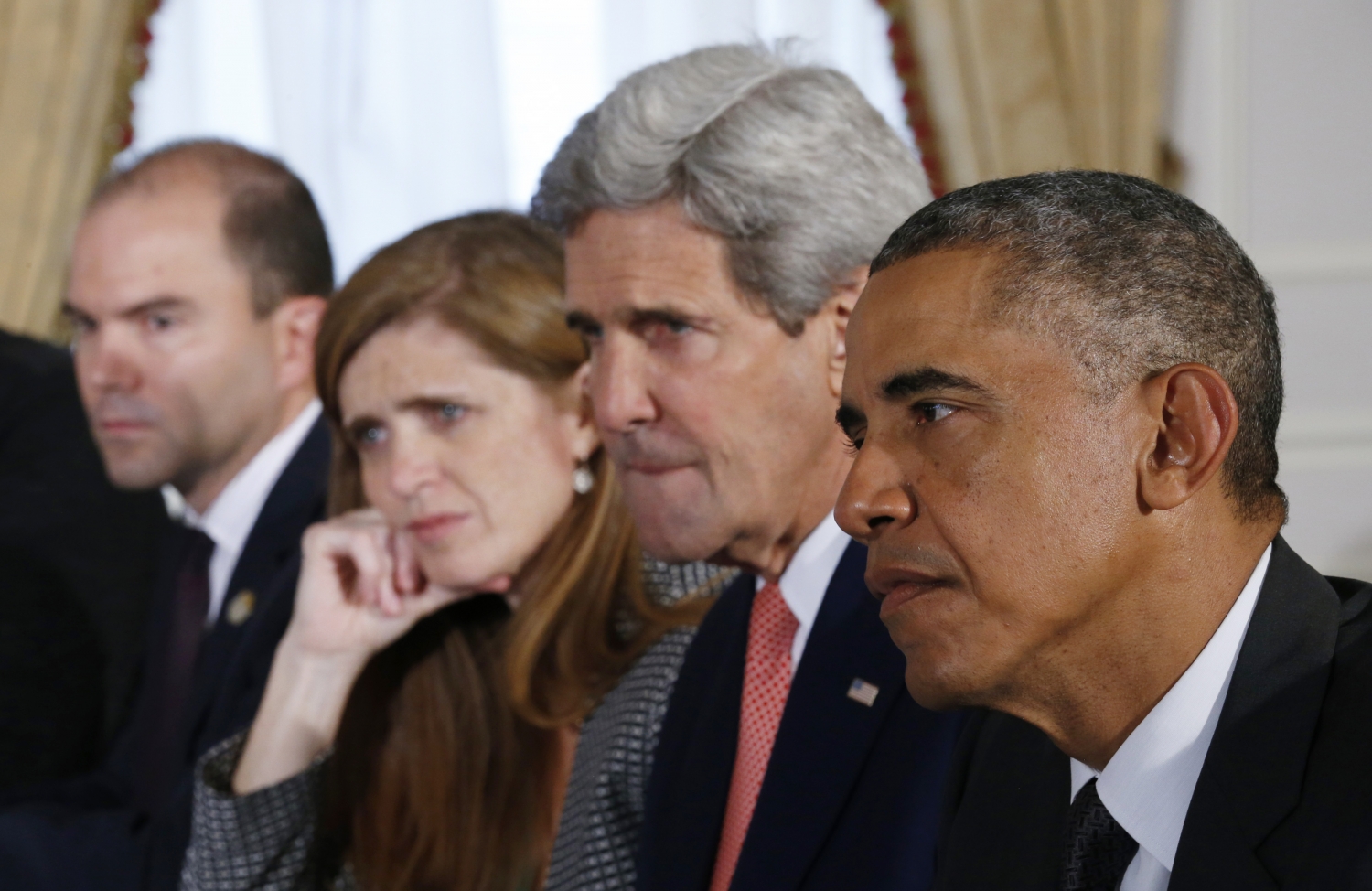 Filmmaker Greg Barker began working as a freelance journalist in news and international conflict for CNN, covering Yugoslavia and issues in the Middle East. His first documentary was as an associate producer for PBS' The Prize: The Epic Quest for Oil, Power and Money (1992), the eight-part series about the history of the oil industry. It was there that he fell in love with the process of nonfiction filmmaking.

Since then, he's directed half a dozen Frontline episodes, as well as the features Sergio (2009), Legion of Brothers (2017) and Manhunt: The Inside Story of the Hunt for Bin Laden (2013), for which he won a Primetime Emmy. His latest work, The Final Year, peers behind the curtain at President Obama's last year in office, as he, Secretary of State John Kerry, Ambassador to the United Nations Samantha Power and Deputy National Security Advisor Ben Rhodes grapple with the biggest foreign policy challenges of the time.

Following a theatrical release earlier this year through Magnolia Pictures, The Final Year airs May 21 on HBO. Documentary spoke with Barker about the processes he went through, his goals for the film going into production, and what it all means nearly 18 months into the Trump Era.

Documentary: What was the process of gaining access to the president and his cabinet members in the film?

Greg Barker: It began three years ago with conversations and then a meeting with Samantha. I pitched her a behind-the-scenes look at the last year in the White House—like a campaign film in reverse, basically. I did the same with Ben, and he was the overall gatekeeper for the project. They were both intrigued, and they liked the idea of shedding some light on the humanity of the day-to-day operations. They were interested, but also highly skeptical that we could ever pull it off.

So how did you pull it off?

In a nutshell, it was proving that we would not get in the way; that we could get enough access in real situations so that it was authentic and we didn’t stop these people from doing their jobs. Anyway, I didn’t want something that was staged, and they're never going to have time to hold a fake meeting just so we could film them in a meeting. They were too busy to do that. So proof of concept really just came from trying it.

Presumably, you and your team had the cachet to even be given the chance.

It was the credibility not just from myself, but also having HBO behind us that gave them the confidence that the project would be a certain quality. Without that, it would have been very difficult.

The most access, the easiest, was Samantha. She was very open, had a small staff and a fairly light footprint. We went with her to a refugee camp in Africa, and while we had SEAL Team Six protecting us in a convoy, it was still nothing like traveling with the president. She was able to move fast, be nimble, to say, "Hey, Greg, just come in my car."

John Kerry was the next level of complexity. The State Department was more of a bureaucracy and had many more people to say yes, or no, to something like this—not just in concept, but every day. Traveling with the president was unlike anything I'd ever experienced. There would be 500 people on the road with him, multiple layers of security and a massive press contingent.

How many people were in your team?

The max was four: myself, a DP, sound and Chris Buchanan, my incredible co- and field-producer. Sometimes it would just be me. Sometimes it was me and DP Martina Radwan or DP Erich Roland. Space was limited, and if we took up too much of it, they weren't going to accommodate us.

As a documentarian, you enter into others' space and lives, and you don’t want to give them any reason to say no.

That's exactly right. These people have other things to do. As Ben would tell us, we would be like number 17 on his to-do list. Samantha knew this intuitively from the start, and Ben eventually got it: Other than daily issues of war and peace, in terms of press interactions, what we were doing was probably the most important because it was going to have a longer lasting impact than any press they might put out on any given day. 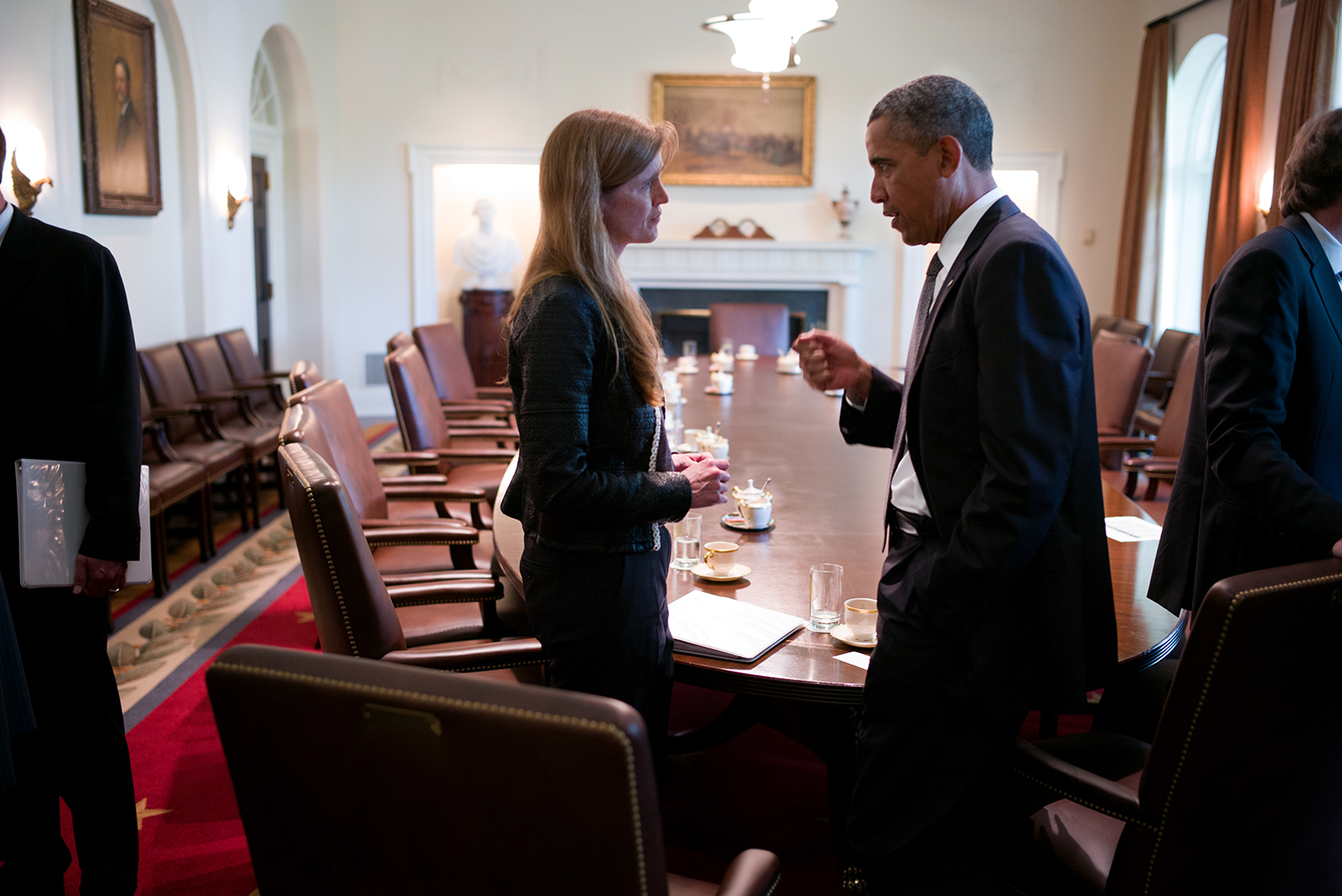 What was your initial purpose of making this film, and did it change over the course of filming?

On one level it didn't—it was to capture the humanity inside the halls of government and penetrate this world we've never seen except in drama. As the election heated up and it became really clear that something was going on in the way we—the American government and politics, that is—conduct ourselves in the world at large, I realized that we were capturing a way of looking at the world, a whole process that was not just in this administration but how we as a country act overseas that was being called into question by the election.

After the election, we realized that, just by virtue of being there, we'd captured stuff that no one else had ever seen. So that makes it a much bigger responsibility that I have. That weighs on me, as a documentarian: What are we actually doing with this information we’re capturing? What are we saying? After the election, I could feel that more clearly, and I realize that this film showed quite an interesting facet of our government.

Can you describe filming on election night at Samantha’s apartment?

It's a great example of the nimbleness that was needed on this shoot. We had been in DC all day and were driving up to New York when I got a call from someone in the State Department saying they wouldn't let us into her apartment. I had to tell them that Samantha said we could go, then they said that only one person was allowed. I told them that we were all going. Again, we had our small crew, and I arrived there and just told the security that it had been approved. I get it, though. They're not just protecting these people; they're protecting a legacy as well. But that’s an example of the kind of constant hurdles that we would encounter unexpectedly.

That night I was so impressed with the DP—not our regular two, but Thomas Bergmann, who was filling in that night. He had his Sony DSLR A7S and a 15mm fixed lens and that was it. We had a mic on Samantha and a sound guy, but he had to stay out of people's faces with the boom and keep a really light touch to his operations.

That night culminated like a Renaissance painting, with Samantha’s daughter asleep on her and her partner's laps. You see the look in her eye and it's amazing. As a documentary filmmaker, you live for those moments where you've built up the trust, you've gained the access and then you're in the room when the unexpected, even the historic, happens. You're there and watching it unfold, but you put your own opinions aside. It was a heightened sense of professionalism and everyone was on their A-game. It's an amazing scene not only because of what happened, but because of the way it was captured, those silent emotions.

What was it like to direct such a film that has this level of historical significance now, rather in the future looking back over the decades?

You never know when you start on a two- or three-year project what the world is going to be like once you take the film out into the world. We work on these long lead times and we just don't know how it's going to be received. I've had films where they seemed of the moment, that felt like a great idea when we started and by the time they'd come out I would wonder if anyone really cared about that particular subject anymore. So as a director it's very exciting because I want my films to speak to the moment and for people to engage with them. They don't have to agree with them, just engage.

I remember the very first screening we had—a fine cut in mid-January 2017, when Obama was still in office. I think people were thinking, "Maybe Trump wouldn’t be as bad as we feared," and the audience was upbeat afterwards. But as time went on, those screenings became more emotionally charged based on whatever Trump was doing. Suddenly, the scene with Samantha and the Muslim refugees feels really heightened. Older viewers tend to be more cynical, though, and sometimes find it depressing, particularly if they were Obama supporters. Whereas I find that young people, regardless of political persuasion, see it as a message of hope. It’s like, "Look at what these people can do inside our government." And whether you agree with what they did, I've had a number of young people tell me that the film changed their desire about what they wanted to do with their lives and that they now want to go into public service.

That's incredible to see, and so it's clearly speaking to where we are at the moment. Who knows how the film will play in 10 years. Once Trump is gone, I'm sure it will feel very different.  We just don't know.

Valentina Valentini is a freelance journalist traveling the world in search of her next story. She covers entertainment, travel, food, culture and people for Vanity Fair, BBC Travel, Marie Claire, and many more. Follow her adventure at @valentina_writes.

END_OF_DOCUMENT_TOKEN_TO_BE_REPLACED

The Road to Abbottabad: 'Manhunt' Tracks the Search for bin Laden

The Long Trail: 'By the People' Follows Obama to the White House