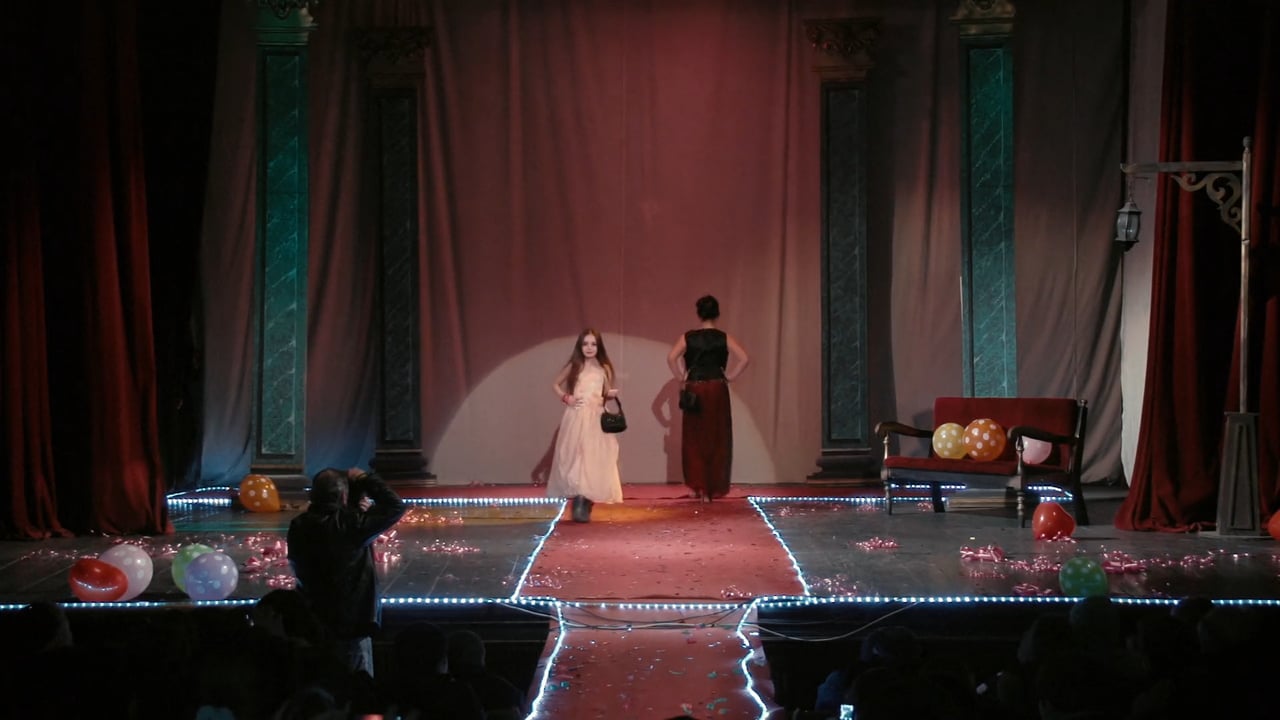 In recent years, the West has shifted its gaze to Georgian cinema as more and more documentaries from the Caucasian region receive accolades at international film festivals. "Today Georgian films are in fashion," said Georgian filmmaker and producer Zaza Rusadze, in an interview during the 60th anniversary edition of DOK Leipzig last month. "It has become a hot thing to program."

Rusadze, who curated the festival's Georgian program, entitled Import/Export: Georgian Cinema Across Borders, noted that the younger Georgian generation had always wanted their work to be seen as an integral part of the European cultural space. The program reflected the vibrancy of the country's burgeoning documentary scene. Festival-goers were graced with delicately picked films, including Nino Kirtadze's black hypochondriac comedy Don't Breathe; Rati Oneli's feature-length debut, City of the Sun; Salomé Jashi's The Dazzling Light of Sunset; and the poetic When the Earth Seems to Be Light, co-directed by Salome Machaidze, Tamuna Karumidze and David Meskhi.

The program was developed in cooperation with the Heinrich Böll Foundation, which runs a film series focused on the work of Georgian female filmmakers, but was expanded to reflect contemporary tendencies in Georgian film and explore its rapid developments. Commenting on the adjoining talk, "Female Gazes from Georgia," Rusadze argued that female gazes could be a fertile ground for generating new meanings and forms in Georgian cinema because they "are not concerned with the protection of power, which allows them to drift, to doubt, to experiment." Nevertheless, he warned against the danger of placing Georgian female filmmakers in a single drawer: "The fight is equally about liberating men; we need to liberate women and rid men of having to fill the role of dominance and authority."

When the Earth Seems to Be Light plays with the dialectic approach to form by juxtaposing shots to create a symbolic meaning. The documentary, which traces a group of skaters roaming unkempt streets of the Caucasian capital, is intercut with news footage of demonstrations and pride parades getting attacked. The cuts are seemingly made on the spur of the moment, artificially creating a distance between the skaters and the demonstrators. The two never share the screen space. "These worlds are not colliding," co-director Machaidze maintained to Documentary. "We wanted to show this eclectic non-coexistence. Fighting is on TV; it is not in their reality."

Machaidze went on to explain her choice of subjects, saying that "these skaters seem to live in a parallel world from the fighting that we see on TV from the confines of their living room." According to Machaidze, the skaters are different from those "who are in a constant struggle and are indoctrinated with violence, post-Soviet terror, the dominance of churches and authority abuse." She added, "And then you have these young people, which is my idea of what the Georgian spirit can be: free." At the same time, their parents' past, which seems to be all around them as they roll through post-Soviet landscapes, is not something the skaters yearn to elude. On the contrary, they romanticize the Soviet past, with one of the skaters noting that the Soviet Union was never functional for them.

The skating subculture has harbored Tbilisi's disaffected youths, who are not in a rush to find their place in Georgian society. The title of the film suggests the lightness of being, at times unbearable, but mostly wonderful. The youngsters seem to enjoy the state of being suspended and weightless before they confront what lies in front of them. Machaidze said that she wanted to show that Georgia's passage to a new chapter should start with the knowledge that its people have freedom: "If you are open-minded, be it your belief system, your sexuality or life style, then you are responding to the world more."

Another film in the Georgian program, The Dazzling Light of Sunset, turns the lens on a Georgian community in the small town of Tsalenjikha, where the quotidian, the absurd and the hilarious all meet. The film follows the two-person news station, which duly documents the town's happenings and survives thanks to fees earned from reading obituaries once a week. Nothing escapes their restless camera, from the resident's nabbing a "giant" owl to a child beauty pageant and a boisterous wedding party where local teenagers dance to "Gangnam Style." Director Salomé Jashi provides a commentary on the town's happenings through a string of allusions.

Speaking to Documentary, Jashi recalled a scene that she said was important to her personally: “In the wedding scene, a bride comes to the stage. She is very beautiful and all attention is on her. She is in the center of the stage, and then the song comes, ‘Who does this woman belong to?’ And then the camera turns, you see tables with 300 people and bananas sticking out. And the song continues, ‘She belongs to us, she belongs to us!’ Then there is a cut to a man who is tapping on a horn. For me, this is a scene of massive rape, to which Georgia is no stranger.”

Speaking of the film form, Jashi noted, "What I found interesting during filming is that most of the events that were important to this town were played out on stage where one must appear beautiful—at weddings, beauty pageants or even political elections. Sometimes it was literally a stage, at other times it was an imaginary stage. For example, having caught a 'giant' owl, a man presents it to the camera of Dariko, the sole broadcast journalist at the local TV station, only for her to cut his presentation short with the remark, 'Don't laugh. This is a serious interview!'"

At the end of the film, Dariko and her cameraman have a frank conversation with Jashi. The two question the filmmaker's motives to film rundown buildings, rather than beautiful tourist sites that they believe would better represent modern Georgia to Western Europe. Jashi explained to Documentary that perhaps the protagonists, akin to the rest of the local community, want to perform their best selves, as they are acutely aware of how they are perceived by the outside world. Here the stage is of primary importance as Georgia turns away from its post-Soviet past to face a European future. However, what they attempt to present is "the crooked version of the civilized world, where the bigger world is the role model, which they aspire to and attempt to copy, albeit with their own resources." Jashi presumed that the community may not have been ready for such a different representation of itself. "The local government regarded us as some special agents," she recalled. "TV crews used to come to their town to film nature and the churches. We were interested in the everyday life of the people, in the backstage. The backstage was interesting to us."

Echoing Jashi's sentiments, Zaza Rusadze also spoke about the dramatic nature of Georgia, where the stage is at the center of Georgian lives: "Georgia is a dramatic country. Its character is quite theatrical. The nature is very diverse and the rivers are fast-flowing. There is a lot of temperament in our country. We dance, we sing. Georgia is also a country on the crossroad between Asia and Europe. These extremities create a vibrant energy. Being on the crossroad and having been politically juggled around by big powers has created our own cinematic language. This Georgian temperament is reflected in the kind of questioning posed by Georgian filmmakers, which is very lively." However, Rusadze went on to caution against the using the archetypes of success to reach global audiences. "We might have figured out the recipe on how to cater to the needs of the Western market," noted the filmmaker. "It is both rewarding and dangerous as Georgian films may lose their unique strangeness, which is most stimulating."

Sevara Pan is a Berlin-based film journalist and writer. She previously wrote for the leading European documentary magazine DOX, an initiative by European Documentary Network, and worked on the award-winning Pipeline (Dir.: Vitaly Manski) and The First Sea (Dir.:Clara Trischler).

END_OF_DOCUMENT_TOKEN_TO_BE_REPLACED

What Does a Russian Soul Sing About?: Marina Goldovskaya's 'Three Songs About Motherland'