How the Bertha Foundation has Transformed the Global Nonfiction Media Landscape 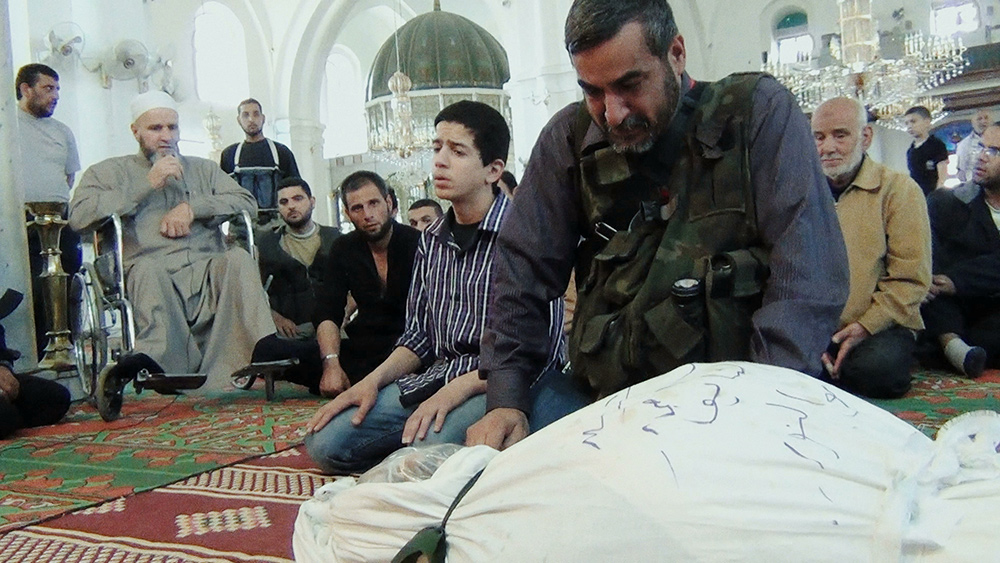 When Tony Tabatznik founded the Bertha Foundation in 2009, he felt strongly that if you could connect storytellers, lawyers and activists, you have a formidable team for fighting for social change. After attending the Sundance Film Festival for several years, Tabatznik embraced the nonfiction media landscape as a major means to effect that change. In its brief life, the Bertha Foundation—through the Bertha Film Fund, the Bertha BRITDOC Connect Fund, the Bertha BRITDOC Documentary Journalism Fund and the IDFA Bertha Fund—has helped countless documentaries from around the world get made, get seen and get people thinking about the issues they ought to do something about.

"Our stance has been that we want to support the field and we feel like we need to do it in multiple ways," explains Rebecca Lichtenfeld, Director of Social Impact Media at the Bertha Foundation. "That's why we do a combination of things, ranging from enabling people's films to get made to enabling people to have access to the skills that they need to be able to tell their stories."

"We went out and spoke to lots of different people in the field, ranging from filmmakers to distributors and practitioners and organizations, and that's why we wound up where we are five years later," she continues. "We support the creation of content but we also support skill-building and getting these stories out in effective ways. That was really a direct result of having listened to people and heard what people were saying was needed."

We spoke with Lichtenfeld by Skype in the weeks leading up to the IDA Awards. 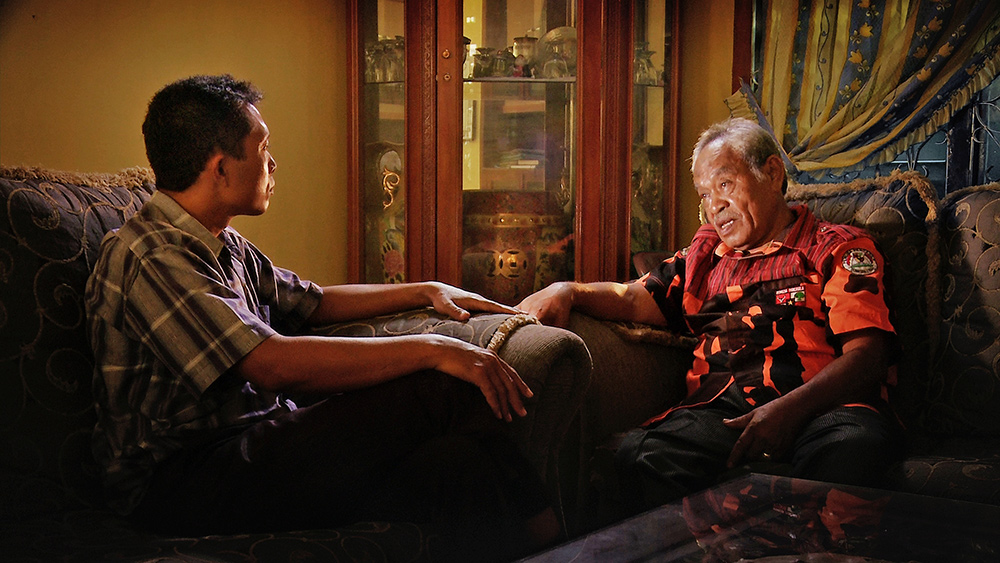 The Fund supports a wide slate of films, working with contemporaries like IDFA, BRITDOC Sheffield Doc/Fest and the Sundance Institute Documentary Film program. Could you talk a bit about working with these organizations?

When we started, we did a lot of research around the whole landscape, not just documentary film, to start working with people who were using media as a tool of social change. We wanted to support the people who were creating pioneering work in that nonfiction media landscape. And we wanted to go where others didn't and felt that we could take those risks and be a little bit more adventurous in our giving. That's why we support such a wide range of organizations and programs. For instance, we will support the Sundance Institute and Film Festival but also the Fisahara Film Festival, which takes place in a Sahwari refugee camp in the Western Sahara.

And we do a lot of different things. We felt like we could support feature-length films with our various film funds and enable them to be made but we also support a whole range of organizations that are training communities like activists to tell their own stories. We believe in the power of storytelling, including short-form videos used for advocacy work.

And then we support a wide range of traditional and non-traditional distribution of film and news. So we work with some film festivals, we have a channel called Afridocs that airs documentaries across the African continent and we support some news programs as well that we feel are effective at getting stories out. Democracy Now!, for example. 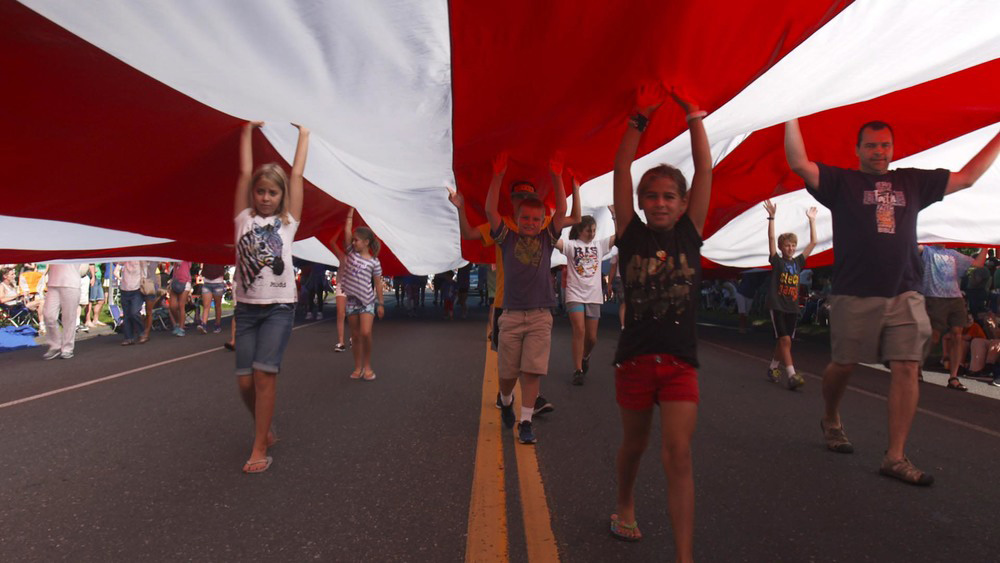 How impactful has IDFA Bertha Fund been in building a documentary culture in the developing world?

That truly is a special fund. It was called the Jan Vrijman Fund before they had a shift in their funding. Bertha came in at that time and basically re-upped the amount of money in that fund and it was since renamed the IDFA Bertha Fund.

We work with filmmakers from Africa, Asia, Latin America, the Middle East and parts of Eastern Europe who are telling stories from their own countries, and I think the fund is really strengthening the documentary culture in those countries. It has been extremely inspiring for us because very often the films have very small budgets and what they're able to accomplish is truly phenomenal. An example is Return to Homs, which got funding from the IDFA Bertha Fund and wound up winning an award from Sundance. It's been extremely rewarding to see how these grants and the support IDFA provides have really affected the trajectory of these films and filmmakers.

Regarding the Bertha BRITDOC Connect Fund, the outreach culture is a little more intrinsic to the documentary funding, distribution and marketing apparatus in the US than in Europe. Has it been a challenge to transform that kind of culture in Europe?

BRITDOC Connect was the first fund in Europe of this type, so we've seen more applications coming from the US than from Europe, but now we're in our fourth year and that's really changed—due to the work we've been doing and workshops that we give around outreach engagement.

Slowly but surely, we've been widening our network so that we get a more diverse group of applicants to this fund so that they have access to funds that will help support the kind of campaign work they might want to do with their film. Yes, I think there hasn't really typically been that culture in the UK, Europe and the global south, but I think it's growing exponentially and we've particularly been really trying very hard to diversify our reach.

How has the Bertha DocHouse Cinema, which now screens documentaries year-round in the UK, been received?

There is definitely no lack of amazing films out there, but we felt like it was hard for people to see them. Liz Wood is the amazing woman behind Bertha DocHouse, and she's been screening documentary films across London for many years. When she joined forces with Bertha, she got her own cinema, which now shows docs every day of the year. Many films that might not be in theaters in London play there, and people know where they're going to go and see wonderful documentary films.

We try to be holistic in our approach—which is why we have a production fund like the Journalism Fund, but then we also have an outreach fund like the Connect Fund and then we also have a cinema and we support film festivals and we support organizations that give media training and teach people how to make films and use their voice in empowering ways.

What's your take on the documentary community, both in Europe and in the US?

There ares a lot of groundbreaking work being done that people work really hard to create. Beautiful pieces of work—and it's not easy. We love working in this field because there's so many pioneering, fearless, brave, hard-working, dedicated individuals who are telling compelling stories.

Nayantara Roy is a writer and journalist, currently pursuing a graduate degree at Columbia University.

END_OF_DOCUMENT_TOKEN_TO_BE_REPLACED

Daring to Disturb the Sound of Silence: Oppenheimer Returns to Indonesia