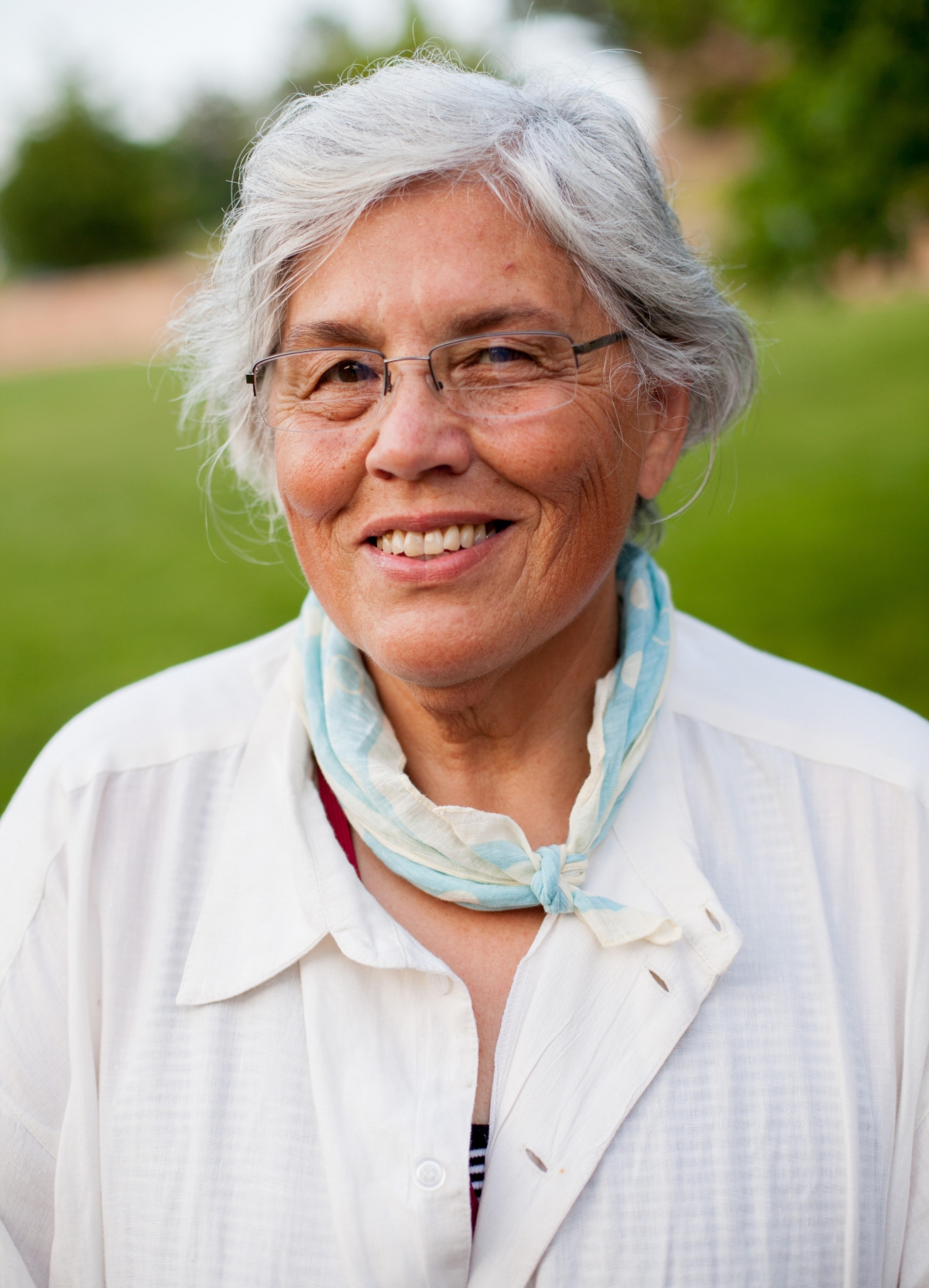 For nearly 40 years, Lourdes Portillo has been at the vanguard of documentary film, pushing the boundaries of content and form. Whether validating the experiences of women suffering a mother’s greatest loss in Las Madres: The Mothers of Plaza de Mayo and Señorita Extraviada; interpreting the vibrancy and beauty of Mexican culture in La Ofrenda, while exposing its underbelly in The Devil Never Sleeps; or portraying the purity and evil of fandom in Selena, the constant in Portillo's work is that she defies convention, even the conventions that she creates. "There was always a sense of play in my work," says Portillo. "I always wanted to reinvent the wheel."

I recently spoke with Portillo about her body of work. Our conversation has been edited.

You studied at the San Francisco Art Institute. I've been influenced by many artists that came out of SFAI and tend to consider it, especially in the 1970s, a very male, Eurocentric program. Is that a misconception, and how did the program influence you?

Well, it could have been that, but fortunately for me, when I arrived at the Art Institute there were other people that were Latinos. Sometimes there were Africans or Egyptians, and I do remember Alejandro Murguía, who was a big influence on me. He is a poet in the Mission who was the 2012 poet laureate in San Francisco. His influence was enormous. And then there was this group of people called Third World Communications, who were all Latinos from the Mission, poets like Nina Serrano, who was also an influence on me and on other poets, and others whose names I don’t remember at the moment. But we had an organization that was kind of a political organization based on the arts, and it was quite wonderful—not that they were directly involved with the Art Institute, but the Art Institute would tag to them. Like Gustavo Vazquez, he is at UC Santa Cruz right now. So, I didn't feel totally lonely. And there were also women who were studying there, so one couldn't make it out to be a totally white, male-centered thing. It was that as well, but I didn't let it get in my way.

Your first film, After the Earthquake (1979), was a narrative film. How and why did you transition to documentary film and make that your primary art practice?

That's a good question, because I have never even asked it of myself. I know I took that direction basically because I didn't feel that I knew enough about narrative in some way. I didn't know enough about documentary either. I kind of knew about art film, which was really the best way for me to have gone. In San Francisco, documentary was very big at that time, with many different people. It was more accessible, and I could get little jobs and learn how to do it. I think we really learned on the fly how to do documentaries. That's what we did with Las Madres.

Your first documentary, Las Madres: The Mothers of Plaza de Mayo, was brave, even by today's standards, to focus on these women activists. Did it feel radical at the time?

It was radical, not because it was women. You know what I felt was radical? I felt that what was really, really radical is to talk about women who were thought to be insane, crazy. They were told they were crazy for many years, because they were demanding something that would never appear. Imagine the desperation of those women. That was radical to come to their rescue and say, You are not crazy. That was radical to me.

Las Madres was a huge critical success; it was nominated for an Oscar, among many other accolades. Your next film, The Devil Never Sleeps, received a mixed response. Was that difficult for you?

No, because I knew that I was doing something that I was possessed by, and that not everybody would understand it. And that was okay. I felt, Oh, you will come around, and you will understand. There wasn't really a lot of variety in documentary, and making it the way I did had not been done before. I wish people had enjoyed it more, but I realize that there are just too many bridges to cross. But there are beautiful responses that I have gotten in Latin America, and Spain, and Italy and countries that are more similar to our Mexican culture, so I have been rewarded.

As a personal film, was it difficult to make?

It was traumatic, and my aunt stopped speaking to me. My mother, defending me, said, "Well you know what? I taught you to tell the truth and you told the truth, and I support you." And that was far out. That really made me feel good, and my father said the same thing: "We support you; we are your family. We know it feels bad, but you told the truth. Rejoice."

We live in a world of lies in Mexico. Little lies and big lies. That's the grease of the social interactions there. And I always felt very sad, because that was one of my favorite aunts who wouldn't speak to me. I felt very wounded and traumatized, but not in the big way the way I did with Señorita Extraviada.

When you’re going to these dark places, how do you process that? 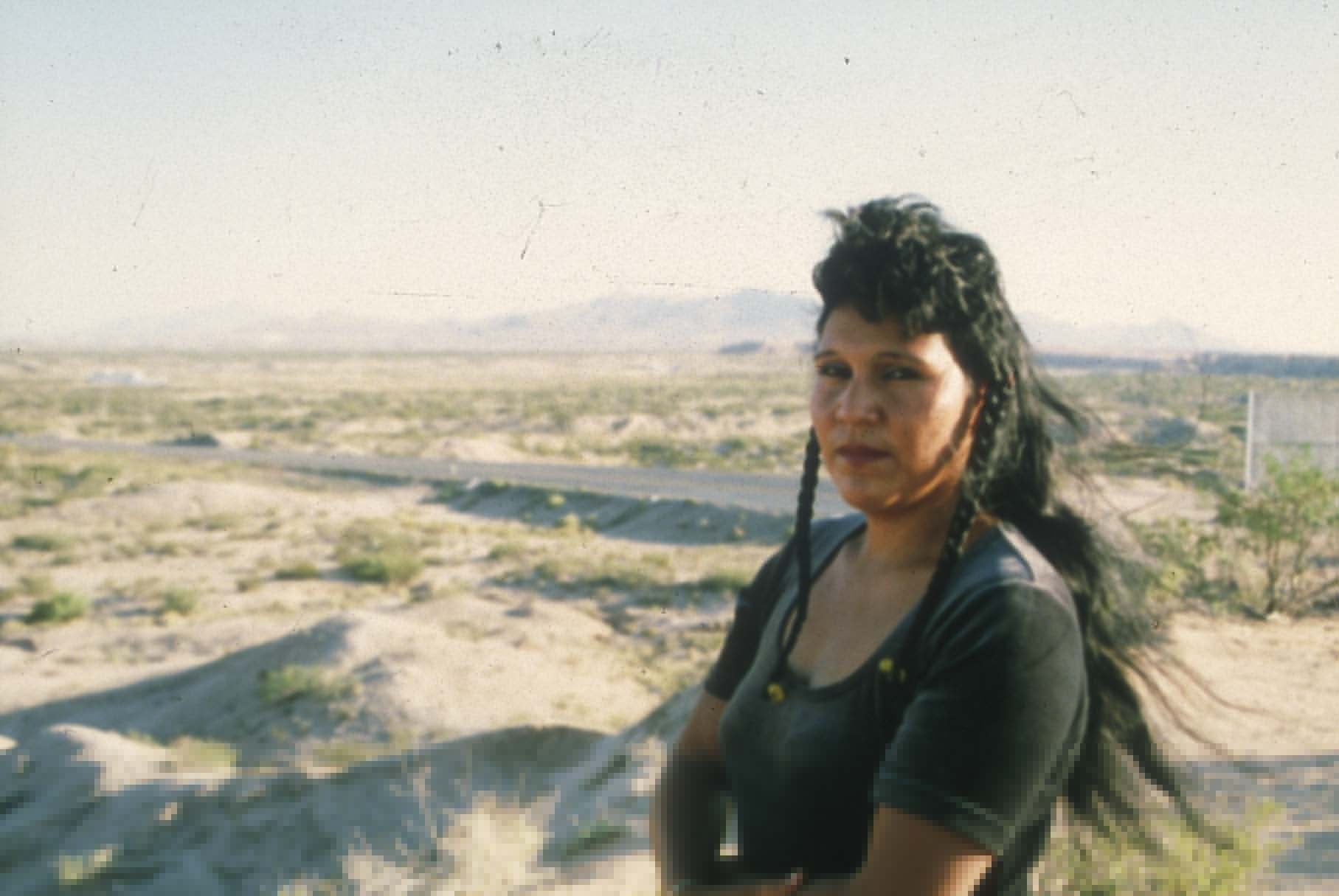 When you made Señorita Extraviada, what was happening in Juarez was just the beginning of the chaos that would spread across Mexico.

It had been going on for more than 10 years already. But no one would talk about it; everybody is terrified. You don't know where it's coming from. You don't know if it will happen to you or your daughter. So you don’t say anything.

Were you fearful for those women and their families to go on camera?

Given the crisis in Mexico today, what stories should we be telling?

That's a great question. I love it, because it inspires me, your question. Not that I have answered it, or thought of it. I think Mexico has always been in a very precarious place, from the days of the colony, and we don't know, maybe during Aztec times. The way that we have to talk about Mexico is in a very honest and clear way. And I think not so much us, because we are willing to do that, we are in a comfortable place here. But the Mexicans need to talk about Mexico in a brutal way—of the things that happen there.

Think about Ayotzinapa. How could that slide through everybody's fingers? And nothing has happened. Who is going to do something that means something? They have disappeared. They just disappeared. The disappeared in Argentina eventually were found to have been disappeared, and how they were disappeared was found out as well. And Mexico is so fragile, like you say, that no one has the courage to really go in there and do that. It takes a very intelligent, very dedicated group of people to do that. And I don't know when it's going to happen, and I don't know how they are going to talk about it either. The way that you talk about it is as important as doing anything else, any kind of political action.

But we have to keep trying, right?

Can you talk about love, and the role that love plays in your work?

Well, it's crucial. It's not something that just fleetingly appears in your life. Love is like water in the work that we do. I think we have to fall in love with what we think we are going to do. We end up loving the child, and its faults, just as it is afterwards. You need to love your work. You need to love your co-workers, because you are not there alone. There is a sense of aloneness and the lone filmmaker that can make anything. And it's not like that. It's more about the love between your team. And that's the other thing that I adore about documentary: you could create a team and be with them and be married to them in that other kind of love.

And that comes with ups and downs too, and tension?

Oh yeah. Everything that love implies, right? But in terms of the work, the work that you are going to do, the thing that you are going to embark on, you have to love the idea and its possibility. You have to see all the wonderful possibilities that you might have to say something. And it isn't, "This a good idea." It's, "This is something that is really profound, that can speak to me in so many ways, that I am going to embark on it." I think also it's desire, the desire to fulfill it.

When I look at your films, and the support and funders you've had, it all looks so easy. Was it?

No, it wasn't easy. But in a certain way, I felt it was easy. Because we did get funded, and I did figure out a way to do it. A lot of it I learned on the run. I felt very actually humiliated asking for money. I am a Mexican; we don't ask for money. Even if we're starving, we don't. But I learned, you have to ask for money and you have to make sure that they know that you are giving something better than their money in return.

You've had so much acknowledgement and support for your work. What does a Career Achievement Award mean to you, reflecting on your body of work?

It makes me think that I did the right thing, that I took the right steps to do the things that I was meant to do. Because of whatever reasons, you know who I am. And also, that I am filled with gratefulness to all my teams that I have worked with, with all the people that were a part of this success. They were there supporting me. I can't tell you all the different crews, the different groups, the different everything. It's just gratefulness, that's all.

Carrie Lozano is director of the IDA Enterprise Documentary Fund.