Over the next month, we at IDA will be introducing our community to the filmmakers whose work is represented in the DocuWeeks™ Theatrical Documentary Showcase, which runs from August 3 through August 30 in New York City and Los Angeles. We asked the filmmakers to share the stories behind their films—the inspirations, the challenges and obstacles, the goals and objectives, the reactions to their films so far.

So, to continue this series of conversations, here is Jonathan Kalafer, director/producer of Once in a Lullaby.

Synopsis: The PS22 Chorus from Staten Island became a YouTube sensation when their teacher started posting videos of them singing on his blog. At their annual Holiday Concert they received a surprise visitor. Anne Hathaway was there to invite them to be the featured performance at the 83rd Annual Academy Awards! Once in a Lullaby follows these lovable fifth-graders from the streets and hallways in Staten Island to the Kodak Theatre in Hollywood, where creative differences, lost voices and homesickness threaten their performance.

Jonathan Kalafer: I definitely have to say it was my dad [Steve Kalafer, one of the producers on Once in a Lullaby]. It started when I figured out how to use my dad's VHS camcorder in high school. I'd video my friends' playing music, skating, hijinks, exploring abandoned buildings—just whatever. My dad wasn't just into home movies, however; he realized a lifelong love of film and also began producing documentaries. He asked me help out on Diary of Immaculee (which was nominated for an IDA Short Documentary Award in 2007) and I got the bug. Now I can't become interested in something without thinking what the documentary would look like.

IDA: What inspired you to make Once in a Lullaby?

JK: As much as I love documentary, it is really an outgrowth of my teaching career. I teach music and video production and appreciation at Dickinson High School in Jersey City, New Jersey. For me teaching is the ultimate creative outlet, so this story, about a teacher, was a natural for me. Aside from Mr. B's amazing teaching, the music that the chorus creates really drew me in.

JK: The toughest thing for me was trying to balance the project with my family, my teaching and my health. When I started this project, I had just been diagnosed with tick-borne illness. I have Lyme Disease, Bartonella and Babesia, which is basically tick malaria. I had swelling in my brain and heart complications; it was pretty tough to function at all, let alone manage a very full plate. But at the same time, the music I got to hear had a very healing effect on me. PS22 Chorus music kept me coming back for more.

JK: Well, we didn't really have a pre-production phase on this project. I shot the Christmas Show, where Anne Hathaway and [2011 Academy Awards producer] Bruce Cohen invite the students to perform at the Oscars. I decided on the ride home that the timing was right and I got started right away. I think because I didn't have that pre-production phase, I went into it with fewer expectations and was able to let the story unfold and guide us. My vision stayed pretty much the same throughout production and post.

IDA: As you've screened Once in a Lullaby—whether on the festival circuit, or in screening rooms, or in living rooms—how have audiences reacted to the film? What has been most surprising or unexpected about their reactions?

JK: I have been really moved by the reactions I have been getting from audiences. The documentary has some very emotional moments in it, so there is a lot of crying and that creates a kind of bond with audiences. People have shared stories about how teachers have been there for them and affected them, which is great for me to hear. The most surprising thing about their reactions has been the extent that the chorus has touched people's lives; there really is a magic there.

JK: Fredrick Wiseman is a real inspiration to me for his style and the breadth and ambition of his work. Symbiopsychotaxiplasm, by William Greaves, also has really influenced my work in that I am very interested in the hierarchical-collaborative dichotomy on a film set.

Once in a Lullaby will be screening August 3 through 9 at the IFC Center in New York City and August 10 through 16 at the Laemmle NoHo 7 in Los Angeles.

To purchase tickets for Once in a Lullaby in New York, click here.

To purchase tickets for Once in a Lullaby in Los Angeles, click here. 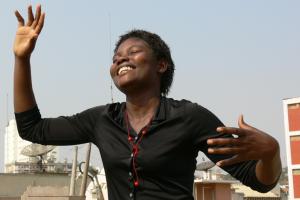 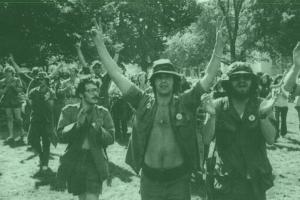 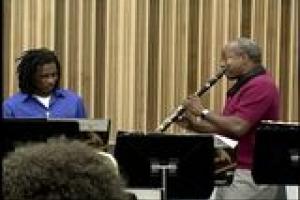 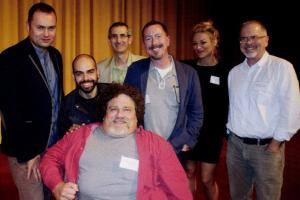 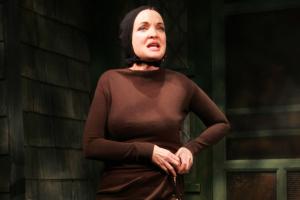 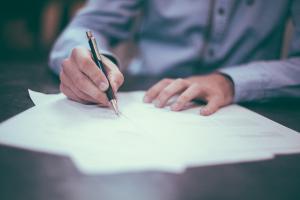