Notes from North Carolina: Full Frame's Director on Engaging Outside the Triangle 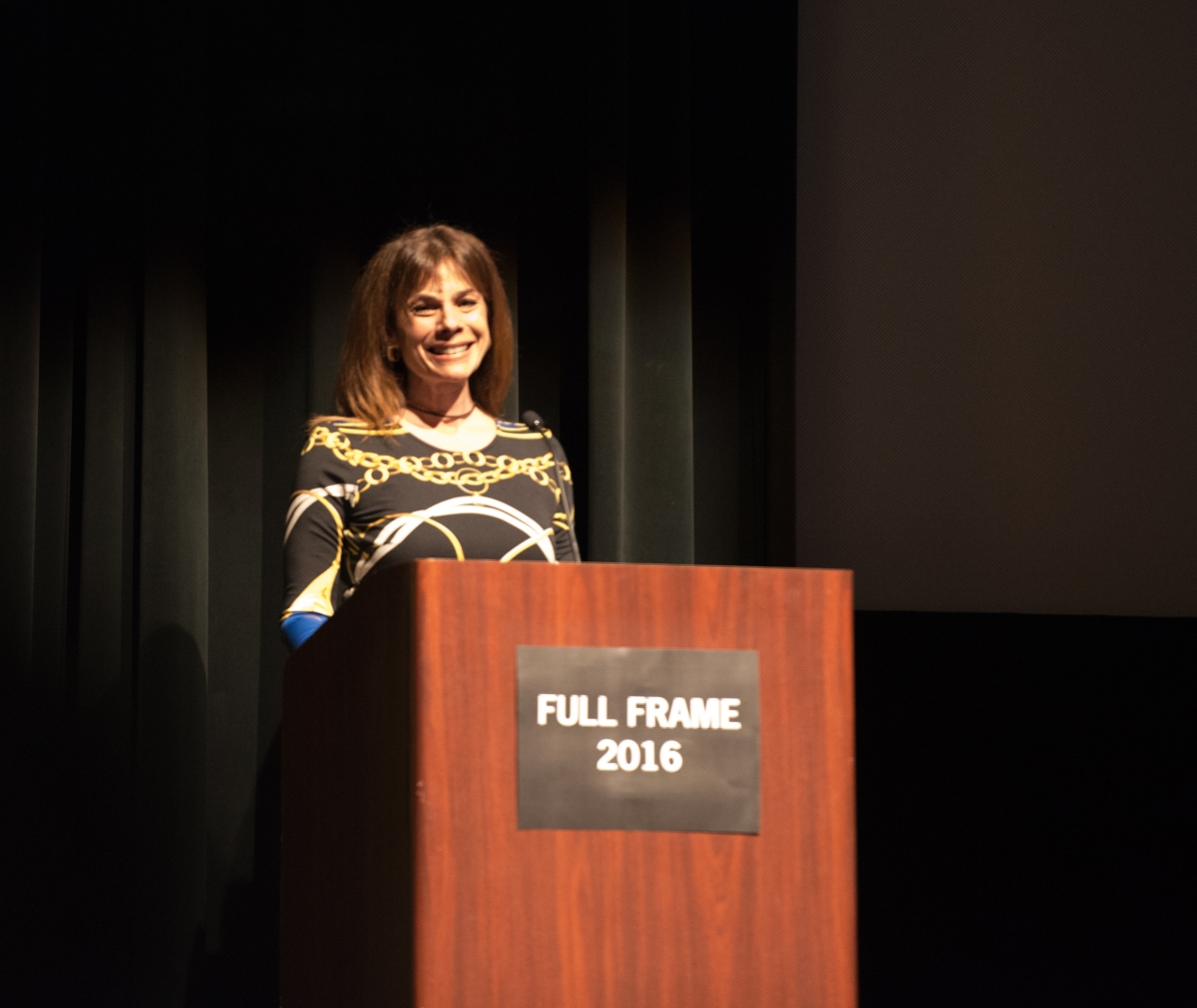 I'd like to take a moment to slow things down a bit. In the current political climate, we find ourselves in unfamiliar territory. Amid the tectonic shifts underfoot, funding for the arts, including support for the NEA and by extension, Full Frame, may be at risk. Our world has changed - or so it seems.

Recently, I have been approached by several organizations about launching "rapid response" documentary teams in the South, and nationwide. Making documentaries suddenly seems more urgent, more needed and more relevant than ever, and a documentary film festival embedded here in the South seems like a natural partner.

Conversely, ever since the North Carolina legislature passed HB2 (aka The Bathroom Bill) last March, I have received many emails from out-of-state attendees, filmmakers and sponsors of Full Frame either questioning their support of the festival or asking if we have plans to move the event to, say, New York, where it somehow might better belong than in Durham, North Carolina.

The short answer to this is that Full Frame is a program of the Center for Documentary Studies at Duke University, so no, it's not going anywhere. That is how it was founded 20 years ago as the Double Take Documentary Film Festival, and that's how it is now.

What stories filmmakers choose to cover is different than which audiences film festivals choose to serve. The economic - and, one could say, moral - mandate is that since we receive much of our funding from our region, we return this investment to the local economy, raising more tax revenue than is granted to us by any single government entity in just our four-day event. Our year-round programming and educational initiatives do even more. We serve Durham as well as the international documentary community, and we annually welcome many ticket buyers who come to be with us from outside the region. I do not see these things as being in conflict with one another.

But this begs a larger question about film festivals, and in particular documentary festivals, that has been nagging at me since well before the election of Donald Trump.

Durham, and the southern US, is complex. In Durham, the population is 48 percent people of color and the region has the highest level of education in the state, with many political and business leaders of color. Many folks in Durham grew up in rural parts of the state, but came to the Triangle (Raleigh/Durham/Chapel Hill) to attend college, at UNC, NC State, Duke or two miles from Full Frame at NC Central, an HBCU. They attended school and settled here, adding to the amazing makeup of our region: in next-door Wake County, decidedly more conservative; in Durham County, ethnically diverse and LGBTQ friendly. And in Chapel Hill, which the late Jesse Helms referred to as "The People's Republic of Chapel Hill."

Full Frame's leadership, too, has deep southern roots. Sadie Tillery, our artistic director, is from North Carolina, and though I was raised "a Yankee," half my family hails from small-town Arkansas.

And as for documentary film, the Academy of Motion Picture Arts & Sciences gave 37 grants last year, two of them to documentary film organizations in Durham: The Southern Documentary Fund and Full Frame, for our School of Doc program. The region, it is safe to say, has been incredibly supportive of documentary filmmaking and curation.

There are well-meaning documentary professionals who benefit from screening in largely liberal and somewhat wealthy enclaves. Full Frame benefits from this, though one could hardly call the small county of Durham wealthy. So, I often wonder if we are not shouting into a self-congratulatory drum. This was a suspicion I felt when I worked in entertainment in Los Angeles, and the thought often arises when I attend many a well-funded documentary event in the US.

Last year, as festivals reacted to studies on the lack of female filmmakers or people of color, press releases counting the gender of filmmakers or sidebars for filmmakers of color appeared quickly. We stayed our course. Our numbers speak for themselves. Our laurels matter more to a filmmaker in our main programming than pulling them out for sidebars. Women and minorities have always been well represented, making up the majority of our Tribute recipients in the last several years, and last year, as HB2 raised its ugly head, we had already programmed no fewer than five films dealing with transgender issues - not in response to the law, but simply because that is how our festival rolls. The programming is reflective of the communities we serve, not a reaction to them. And still, despite keeping ticket prices low, growing programming and creating much free programming, we have not significantly increased the diversity of attendees at our event.

And so, while many organizations have stated that it is time to get out of our respective bubbles, and others want to double down on those bubbles, if you will, and fight harder for the marginalized voices documentary has always purported to represent, to me there are some very evident voices absent from our audience.

I now live in Minneapolis-St. Paul, but I was in Durham with our team on Election Day - and more importantly, the day after. Like many, they were broadsided and, without getting too descriptive, upset. I flew back north, reflecting on how all of us who lead in the field will react and respond. But my first impulse was instead to, above all, not react. I wanted us to just sit with this for a moment.

When I returned, I met with our local advisors and gave voice to a query: Have we for too long only served the audience that sits in our region? In this most divided state, where Durham County was the last site of the recount for our recently elected Democratic governor, have we, by trying to keep the festival small and intimate, become too "ex-clusive"?

Should we be reaching out into the rural communities of North Carolina? Should we be testing the theory we always trumpet - that these films draw people together in communities who do not have the privilege of having a festival in their town? And the answer was a resounding Yes. Let's bring together rural and municipal communities, using the festival as a tool. The advisors at the table - all of whom live in the Triangle, but hail from Mt. Airy (the "real" Mayberry), Albemarle and small towns like Kinston, sitting with others who range from former Black Panther members to stalwart Republicans - grew animated and voiced that this could help "heal our state."

But perhaps the most important voice came from Dr. Benjamin Reese, VP of Institutional Equity at Duke. "We must make sure we are not imposing what we think these communities need on them. We need to reach out and listen to community leaders who are there."

This is key. Stop. Reach out. Listen, ask, enquire. We all speak eloquently about the power of film, and the ability of documentary film to effect change. And I often take this a step further, that not just watching films but watching them together on a big screen with a discussion is where the power of film comes to bear. If audiences are left out due to either economic or geographic forces, what changes are we effecting? Are we not left speaking to ourselves?

And in states like North Carolina, where festivals occur in places limited by their economy, but that celebrate our differences, who do we hurt if we boycott these regions?

I am incredibly proud of what we have added to the landscape of documentary film: #DocsSoWhite at Full Frame spawned conversations that carried well beyond April 2016; students like Destini Riley, who participated in our School of Doc, and whose film went on to be featured in The New York Times OpDocs, are diversifying the next generation of filmmakers with new voices; and of course, the four-day festival has launched important films and honored filmmakers before other large, well-funded events have.

Perhaps the minority voice we still have yet to include, while we adamantly maintain our focus on other, less-heard voices, is in another part of our state entirely: The regions where soldiers live and work, farmers and ranchers toil, and closed mills await their next act. I know there is great common ground on the issues we all hold dear in some of the films we screen, and the endangered voices in North Carolina, perhaps in our country, are those so disenfranchised they can't believe a film festival would ever be in their backyard. And if we truly believe that documentary film festivals draw people together in their shared humanity, then we have more work to do.

But I also know that any small town will and perhaps should be suspicious of anyone toting a camera or a projector down Main Street. So, let's slow down. America did not change overnight. There are folks whose stories we have been content to share, but not necessarily content to sit with in their own communities.

And so, I tell those who write to ask if we plan to move Full Frame, No, we would not move even if we could. The work we have to do is, in fact, right here. And we welcome you to join us.

Deirdre Haj is festival director of the Full Frame Documentary Film Festival, which runs from April 6-9 in Durham, NC.

END_OF_DOCUMENT_TOKEN_TO_BE_REPLACED

The Dawning of a New Decade: Full Frame Unspools with New Team at the Top