Rethinking the Next Big Thing at IDFA's DocLab 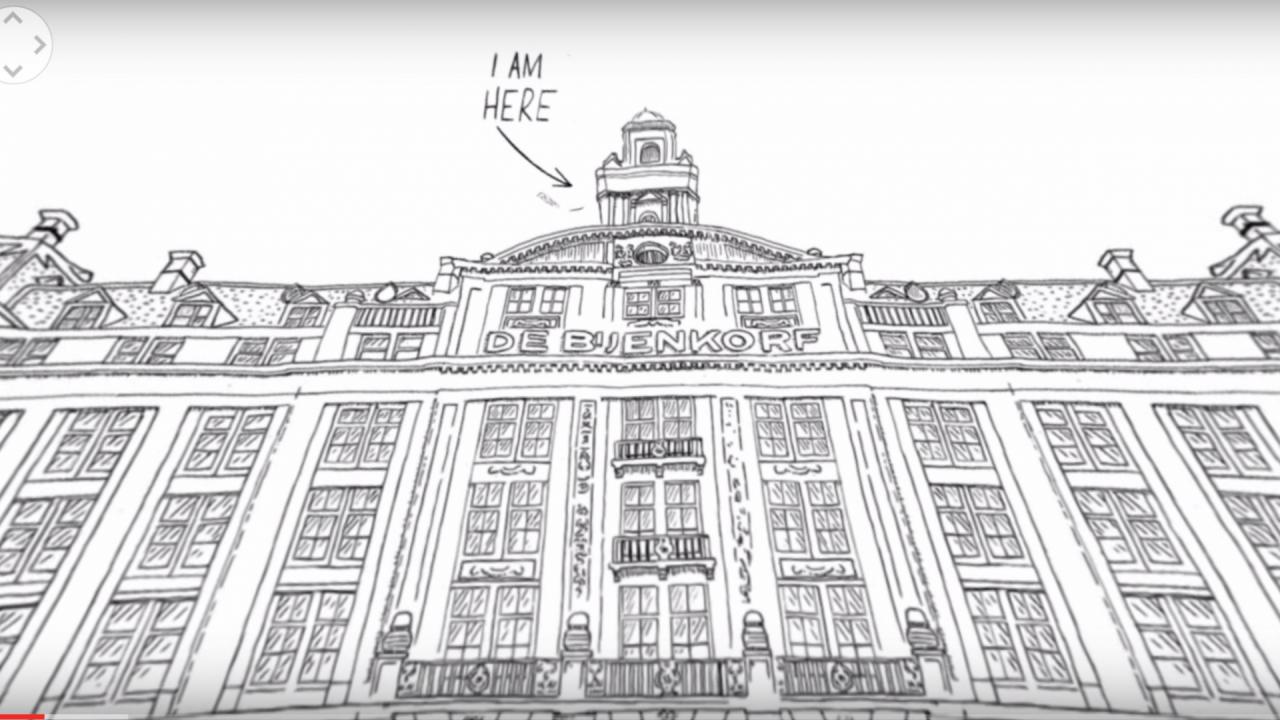 IDFA’s DocLab conference and exhibit, coordinated by Caspar Sonnen, intersects with IDFA’s cornucopia of international documentary only occasionally. Instead, the DocLab is where you go to look at the edge of technical experiment in storytelling. This year we looked over the edge, into virtual reality—the lunchbox-on-the-face experience that wants to be the next big thing.

A Future in Non-linear Storytelling

How far we are away from the next big thing was hinted at by Google VR filmmaker Jessica Brillart. In her keynote, she challenged the audience to think about VR experience more in terms of layers of discovery than in terms of linear storytelling. The viewer, she urged, needs to be in charge of a voyage of discovery charted by the storyteller. She called for a new vision (and accompanying tools) of what editing means in this environment. What she feared most, she said, was "that these platforms won't be allowed to fully unfold themselves before the hype closes the doors" on VR.

A lovely, elegant and unpretentious hint of a non-linear but still artist-directed VR future was offered by the installation Drawing Room, by Jan Rothuizen and Sara Kolster. (It won the Digital Storytelling Award.) The animated work both gives the viewer an awe-inspiring (and no-choices) trip through the stars and an explore-it-yourself visit to Rothuizen’s studio atop a local store. Strongly guided yet allowing viewer choice, avoiding the nausea pitfalls of real-life VR (which continues to be challenged by a downward gaze), offering sensual experience of a kind unavailable from 2-D storytelling, Drawing Room cleared the “why bother” VR bar. It also explored the possibilities of the technology and tickled the brain about creative process without plunging the viewer into grim depression or despair.

Some of the more ambitious VR filmmaking was disappointing and puzzling, because the VR seemed to be little more than a stunt in otherwise well-told documentaries. Whether it was Gabo Arora and Chris Milk’s Waves of Grace, a UN-backed story about a woman who recovered from Ebola, or Darren Emerson’s Witness 360: 7/7, the story of a woman who survived a terrorist attack, the VR didn’t actually seem necessary to the story, and was even possibly distracting. Both were heartwarming personal stories of suffering.

In some cases, you may even feel awkward employing your opportunities. Nonny de la Pena’s Kiya rehearses the last real-life moments of a woman whose family is trying to save her from her murderously abusive spouse. The ability to look around, with game-like graphics, made me feel like I was playing a game with someone’s life.

Other VR—for instance, Thomas Wallner’s 360-degree images from 40 kilometers above the earth—was impressive without being connected with story. It evoked the early days of Cinerama—ooh, I’m on a roller coaster! Ziv Schneider, sometimes with Laura Chen, has built three virtual museums, including RecoVR Mosul, a partly crowd-sourced museum featuring models, some of them 3D, of destroyed or misplaced artifacts. Although these museum mock-ups communicate the impression of being in a game rather than being in a room with the exhibits, the process hints at future possibilities for user-driven, non-linear story experience.

In some cases, virtual reality’s very definition was stretched at DocLab. For instance, you could, if you really wanted to, experience the smell-o-rama surrounding the last moments of JFK or Khadaffi in an enclosed coffin-like chamber. You could eat GMO-created bacon ice-cream, from a project using designer DNA (Don’t ask me how ice cream is about documentary; I have no idea. It was good, though.).

Nonetheless, VR is now officially A Thing. Kathleen Lingo urged creators to get in touch with her because The New York Times’ Op-Docs is interested in VR. 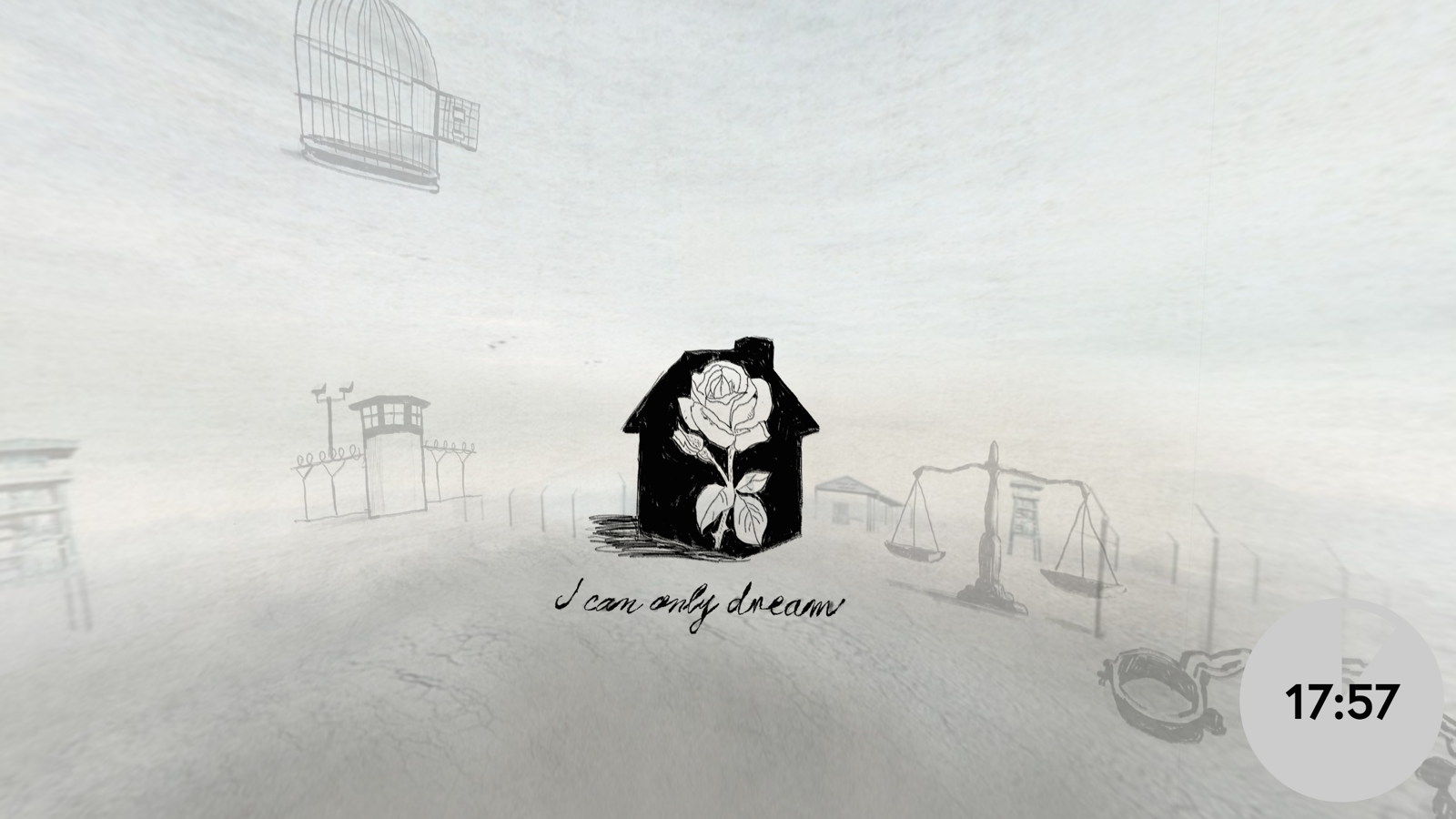 Other DocLab featured work featured innovation in other, non-VR ways. This American Life producer Bianca Giaever showed off the power of audio by combining it with simple slides and animations, making the imagery the accompanist to the audio storytelling. It had no VR, no interactivity, just elegant use of existing but often ignored technologies. Ted Biggs and Angad Bhall’s The Deeper They Bury Me, about the imaginative world of a solitary-confinement prisoner, is a multimedia, online experience triggered by a phone call with the virtual prisoner. Kyle McDonald’s Exhausting a Crowd takes a short piece of video from a public square and collects viewable user observations on the people and things in the square. Maria Court and Rosemarie Lerner have collected 150 stories of forcibly sterilized women in Peru, available—some with visuals—at a click, in the Quipu Project, which is also slated to become a film. If you wanted a personal experience of surveillance, Dries Depoorter’s Sheriff Software showcased publicly available police webcam feeds, and allows you to report crimes such as jaywalking.

Other artists were combining data and art digitally. Ross Goodwin’s word.camera transmutes imagery into Internet-generated word art based on associations. Jonathan Harris and Greg Hochmuth’s Network Effect mixes social media streams and algorithmically-generated search results based on a viewer choice of keyword, for a seven-minute experience of sensory overload. Aaron Bradbury combines music with data from EEG scans of people falling in love, in LoVR.

Much of the effort shown off at DocLab was evidence of great creativity and technical competence. But we were reminded, again and again, of the sine qua non of interactive documentary: the user. The ladies of Anagram—they brought us Door in the Dark—reminded the audience of the need for user feedback in the design process. They asked audience members to provide that feedback, in fact, for their new work. William Uricchio, one of the grandfathers of the DocLab process and founder of Open Doc Lab, also called for user interaction as core to the evolution of interactive media, whether it’s “co-creation, user-generated content or just plain old dialogue.”

Some members of the audience were also asking provocative questions via Twitter. For instance, Mandy Rose, co-director of i-Docs, asked what happens to the ethical relationship of the maker to the material when there is no choice of focus but rather a 360-degree opportunity to look. Sandra Gaudenzi, an i-Docs convenor, asked for clarification about what we mean by impact or effectiveness, in order to have a common understanding.

It’s not clear that interactive and even VR work will continue to belong in the same aesthetic category with longform documentary, which continues—especially in Europe—to be closely allied with broadcast and with longform expectations. It’s also not clear that DocLab and its siblings at other fests are predicting the future of anything that longform documentarians would be heading to. But DocLab is a heady experience of expanding possibilities and expectations in media art.

Patricia Aufderheide is professor of communication studies at the School of Communications at American University.

END_OF_DOCUMENT_TOKEN_TO_BE_REPLACED

How Tribeca Thrives as a Virtual and Actual Reality Showcase